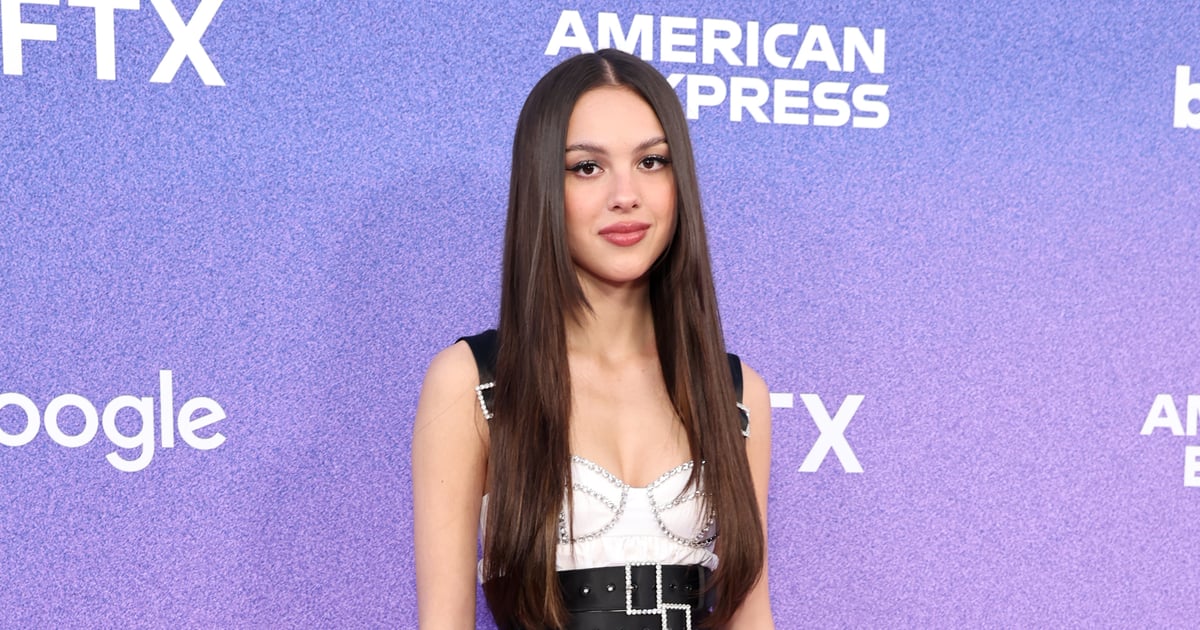 
Congrats are in order for Billboard’s woman of the year, Olivia Rodrigo, who received the honor at the 2022 Women in Music ceremony on March 2. The singer, who recently celebrated her 19th birthday, opened the show with a prerecorded performance of her 2021 hit “Deja Vu,” for which she wore a romantic pink slip dress over a lavender mesh bralette.

Later taking the stage to give an acceptance speech, Rodrigo donned a long white dress from NYC-based label Area, featuring black buckle-detailed straps and a voluminous, tiered hem flowing down from a crystal-embellished corset. Layered over the maxi style was a three-belt black harness, also adorned with crystals, giving the ensemble a dominatrix-inspired twist. A pair of chunky platform boots added height and a ’70s vibe as well.

Whether she’s embracing Y2K trends in a vintage-inspired lace slip for her 19th birthday or opting for a bolder silhouette at Billboard’s Women in Music, Rodrigo continues to excite with her style moments. The young pop star recently announced that a new album is on the way, so get ready for more inspiring sartorial tributes as she commences the inevitable promo tour.

Rodrigo’s award was presented by Sheryl Crow, who praised the young star for her talent and the positive influence she’s had on her generation. “When I came up, women were struggling to be the architects of their own careers,” Crow said. “So, when I see someone like our Woman of the Year Olivia Rodrigo having such incredible success at such an early age, I am blown away.”

Thanking the “Real Gone” singer, Rodrigo responded, “It’s not always easy being a young woman in the music industry, but I’ve found so much strength from the female songwriters who have come before me and paved the way and opened doors for so many young women like me.” She added, “Every woman here today is working to break down those barriers and change the narrative and support each other.”