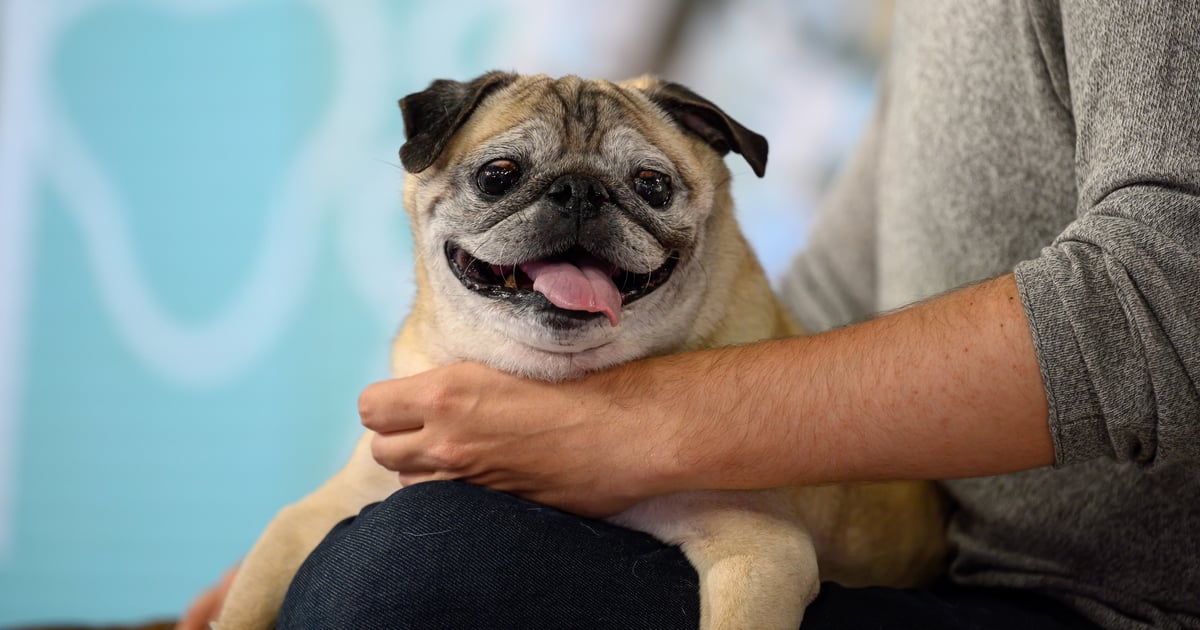 
On Saturday, Dec. 3, Noodle the pug‘s owner, Jonathan Graziano, announced his beloved dog passed away on Friday at the age of 14. The pup became famous when Graziano began posting on TikTok their morning ritual where he would gently lift the dog up in the morning to see if Noodle would stand and get out of bed or stay put. If Noodle got up, the day was declared a “Bones Day” — a day of productivity — and if he stayed in bed, it was a “No Bones Day,” or a day to rest and be kind to yourself.

“Hi everyone. I’m so sorry. I’m so sorry to have to share this, but Noodle passed yesterday,” Graziano shared with his dog’s fans in an Instagram video. “He was at home. He was in my arms. And this is incredibly sad. It’s incredibly difficult. It’s a day I always knew was coming, but thought would never arrive, and although this is very sad, I wanted to let you know, and I wanted to encourage you to celebrate him while we’re navigating this sadness.”

Graziano continued, “He lived 14 and a half years, which is about as long as you can hope a dog can. And he made millions of people happy. What a run. Thank you for loving him. Thank you for embracing us. And give your dog a cheese ball tonight, but it has to be the fake stuff.”

The beloved pug’s owner also added a heartfelt caption to his emotional video announcement. “It has been the privilege of my life to care for Noodle these past 7 years,” he wrote. “The sweetest man there has ever been and there will ever be.”

Noodle’s predictions quickly captivated the internet, with some people even letting the pug decide the direction of their day. Earlier this year, Graziano published a children’s book entitled “Noodle and the No Bones Day” that aimed to help children understand the importance of taking time for one’s self. Through it all, Noodle and his charming personality continued to captivate his fans around the world.

Shortly after his passing was announced, other famous pets and their owners began sending their condolences to Graziano and paying tribute to Noodle. Magnus the Therapy Dog’s owner commented on the post, writing, “I’m am so so sorry for your loss 💔.” Meanwhile, Tika the Iggy‘s pet parents wrote, “I’m so so sorry Jon. Noodle was so celebrated and his legacy will live on, thank you for sharing him with all of us. Big hugs. ❤️❤️😓.”

Finally, Noodle’s fellow famous internet pug Doug the Pug tweeted, “RIP Noodle The Pug. A great friend and a pug who spread joy to millions. May it forever be a bones day 🙏.”