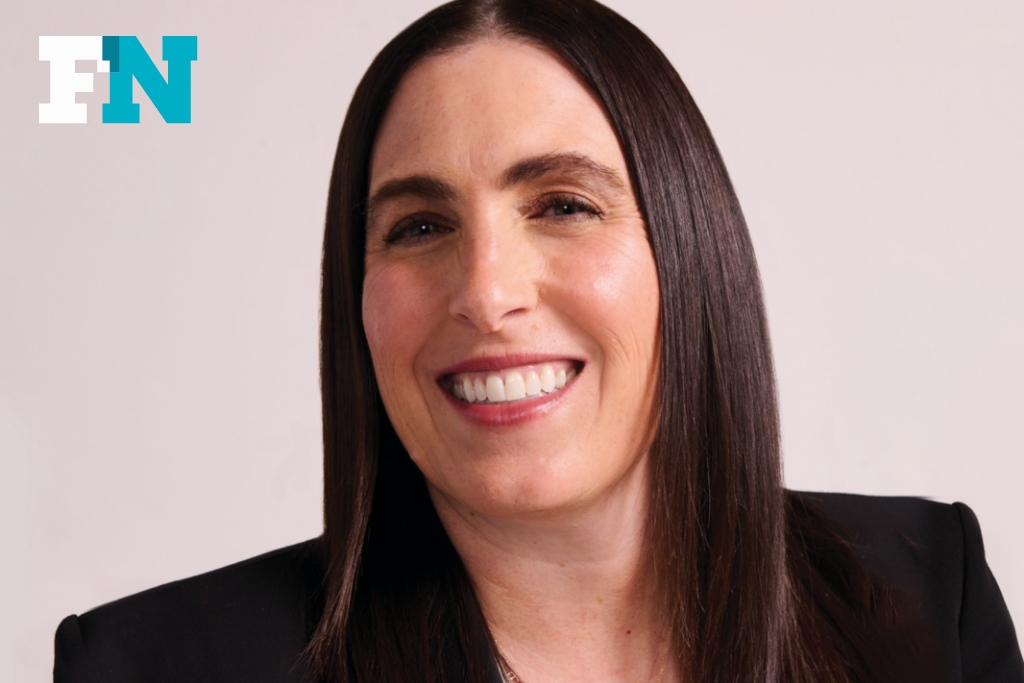 
In our May “Women in Power” issue, six of Nike’s trailblazing execs at the center of the brand’s ambitious strategy sat down with FN for exclusive interviews to discuss their unique career paths, Nike’s 50th anniversary and lighting the path for the next generation.

For Amy Montagne, managing Nike’s most diverse geography — which also includes almost half the world’s population — is a unique challenge. “With the time zones and teams out there, it’s highly dynamic and energizing,” said the VP/GM of Asia Pacific and Latin America (APLA), who was promoted to her role last spring. “Even when I’m sleeping, I go to bed with a kind of calm that someone’s always on it.”

The team in Beaverton and the six territory groups helped lead APLA to its largest and most profitable quarter ever in Q3, thanks in large part to impressive digital growth.

“In a geography that has some complexity to it, one of the things we are seeing is how fast our athlete is moving into the future. One of the places we’ve seen that so dramatically is through the lens of digital. We have some of the most digitally advanced marketplaces — Korea, Japan, Southeast Asia and India. Many of those consumers are digitally native,” Montagne said.

During the last few quarters, the brand launched its Nike app in Mexico, Southeast Asia and India, and digital is also driving the brick-and-mortar strategy.

Seoul is home to the company’s most digitally connected store yet: a Nike Rise location that opened last summer.

Among the highlights of the store is “Sports Pulse,” a digital platform towering through every level that taps into local Nike product trends and sports updates to create an immersive environment. Another feature is Inside Track, an interactive RFID-enabled footwear table where shoppers can access details about shoe technology or online reviews by placing products on the table.

In addition to building stronger retail experiences, cultivating strong ties with athletes in each market has been key, Montagne said, especially when it comes to high-profile events like the Australian Open or Tokyo Olympics.

“There were so many changes happening during the Olympics, but we were able to locally serve those athletes. This big global company can get really focused, too. The team represents the consumers they serve,” said Montagne, a former Gap Inc. executive who has been with Nike for 17 years.

For example, in Korea, the team has discovered that the younger generation of female athletes is embracing dance like never before. “Yes, running is important. Some are playing football. But they also see sport as dance,” she explained, noting that with a similar trend unfolding in China, the two groups are working together on initiatives around this category. “It has been those deep insights we’re getting from those local teams connected to athletes that’s enabled us to deliver the results,” she said.

The women’s business has also been a passion for Montagne, who led the category for four years.

“That was an impactful time for me. It pushed the point of listening to the athlete and what she’s asking for,” said the executive, who experienced one of her proudest moments at Nike when the brand revealed in 2017 that it would sell a performance hijab for Muslim female athletes.

“It’s so simple: Every woman should have the product she needs to participate in sport. There was no question that we were going to make this product,” said Montagne.

Inside Nike, she’s also been a valuable mentor, as one of the executive sponsors of the Women of Nike & Friends network, one of eight employee groups at Nike. (It includes thousands of women across the company.)

“How do we support all of our diverse women? There are the small ways and then big moments. It’s about progress. We’re not going to flip a switch tomorrow and fix everything that everyone has been dealing with. But it’s about a community coming together.”

The executive recalled all the women at Nike who were there to support her 12 years ago when she was a new mom of triplets. “Having that happen, I had to focus and decide what was important to me,” she remembered. “I wanted to continue my professional life, but I had this new dimension. I had to rethink my values.”