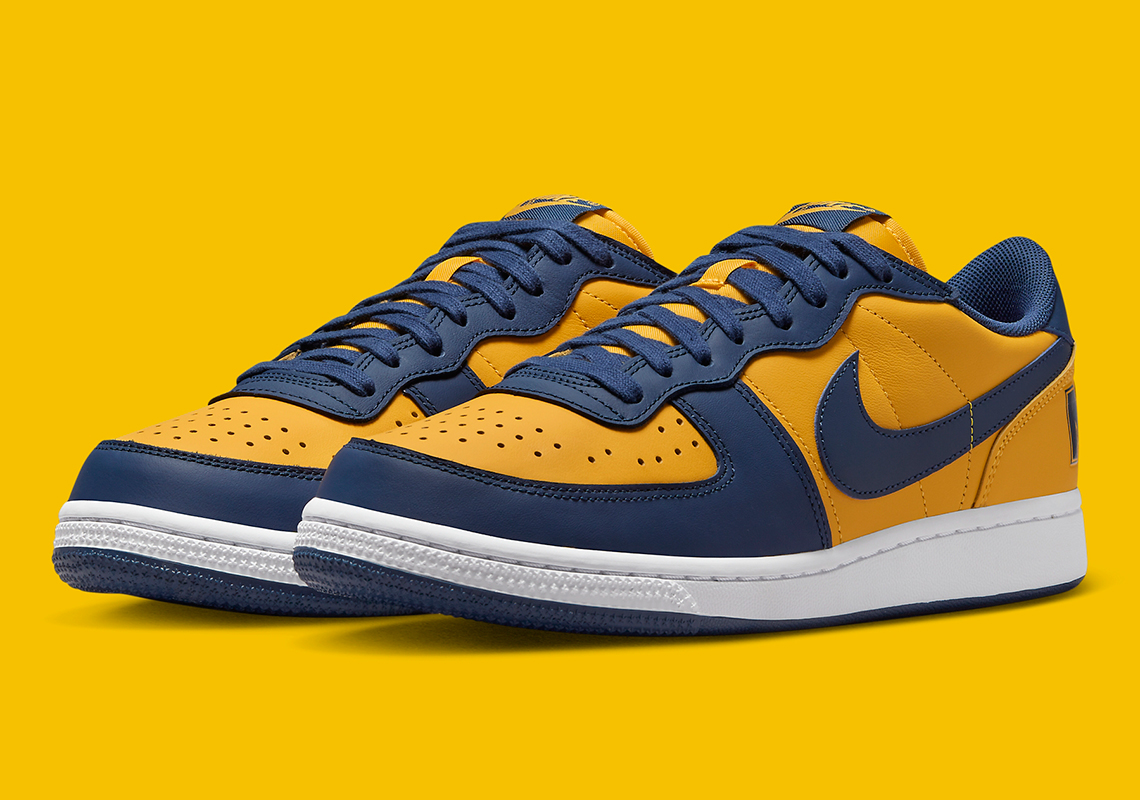 While the Nike Terminator was crafted exclusively for the reigning champion Georgetown Hoyas in 1985, last summer saw the official revitalization of the silhouette brought to life through John Thompson’s relationship with The Swoosh as a consultant in 1980. With its Nike Dunk predecessor initially debuting in a slate of University-centric hues from UNLV to Kentucky, the University of Michigan’s iconic Navy and Maize palette is now laying claim to the once Georgetown-exclusive silhouette in its low-top construction for the first time since 2014.

Mirroring the Nike Dunk Low’s dark blue treatment stretched across the smooth leather overlays of the forefoot and quarter, the Wolverine’s golden yellow hue anchors the matching leather base layer and nylon tongue tooling for the beginnings of a two-toned upper. Illuminating the heel’s 80s-inspired “NIKE” text and midfoot Swoosh in the deep navy shade, both the tongue and heel tabs additionally come draped in the darkened embellishment. Elsewhere, a crisp white midsole livens the ensemble pulled directly from the 1980s while the Nike Blazer-Esque tread underfoot concludes in the silhouette’s presiding dark blue finish.

While we sit tight on further release details, enjoy official images of the Nike Terminator Low “Michigan” below in the meantime.

In other news from the Beaverton-based brand, the Air Jordan 1 Mid is also preparing for Valentine’s Day. 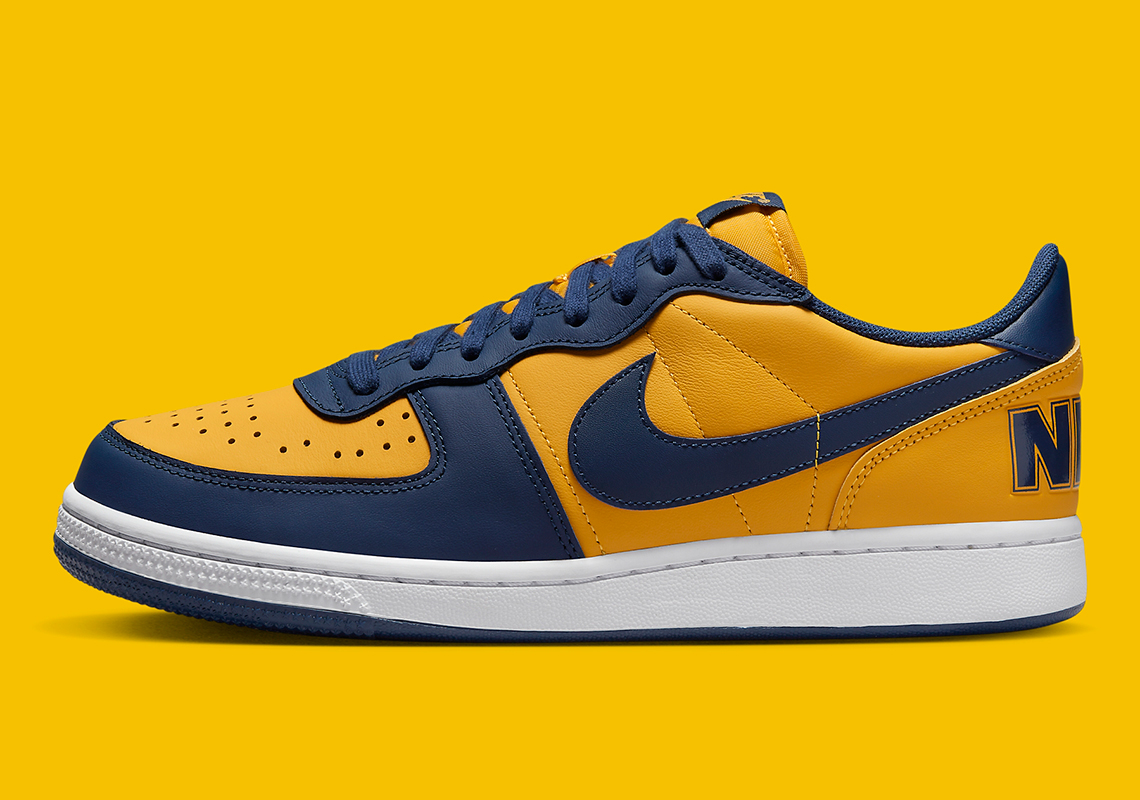 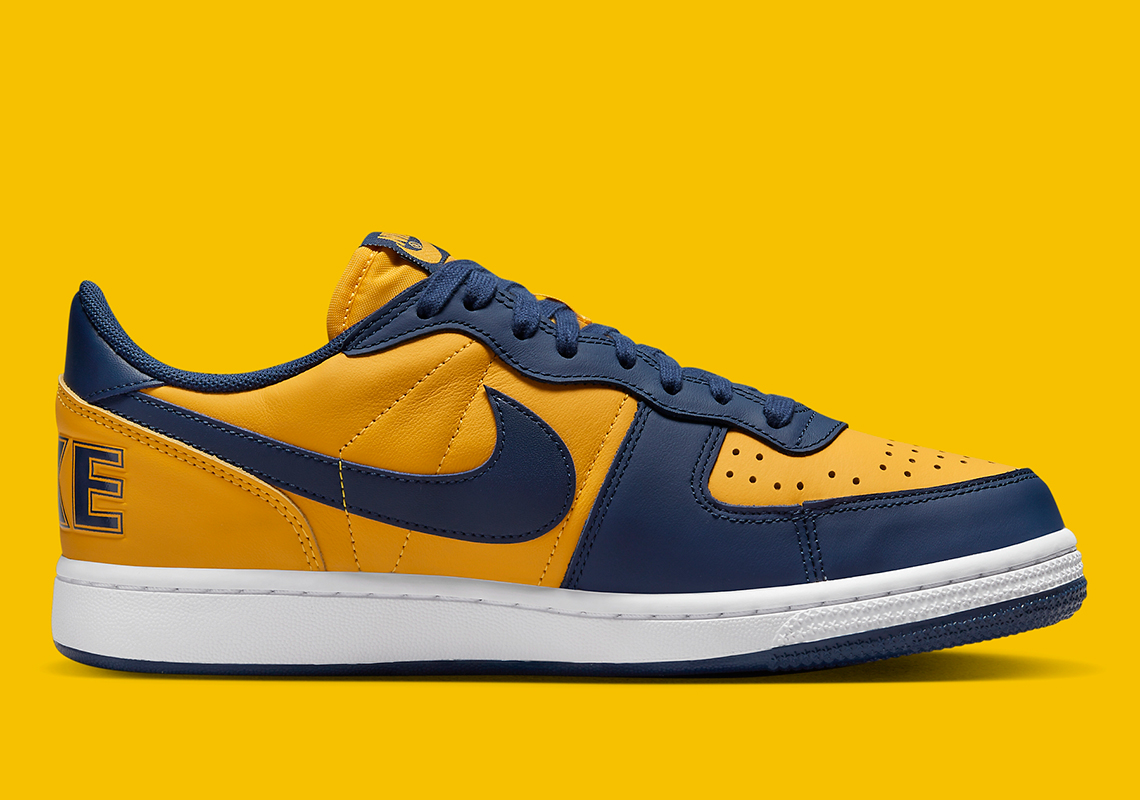 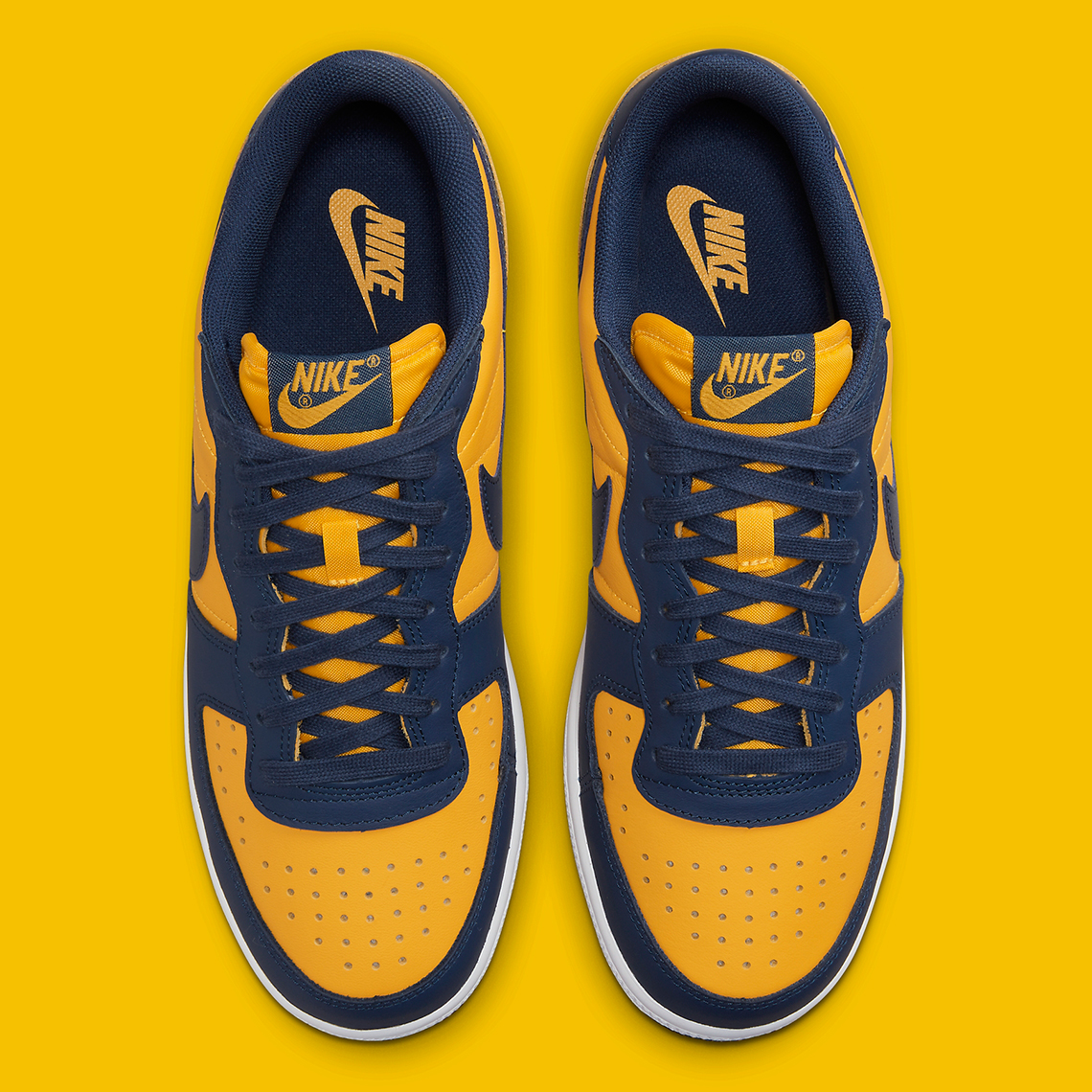 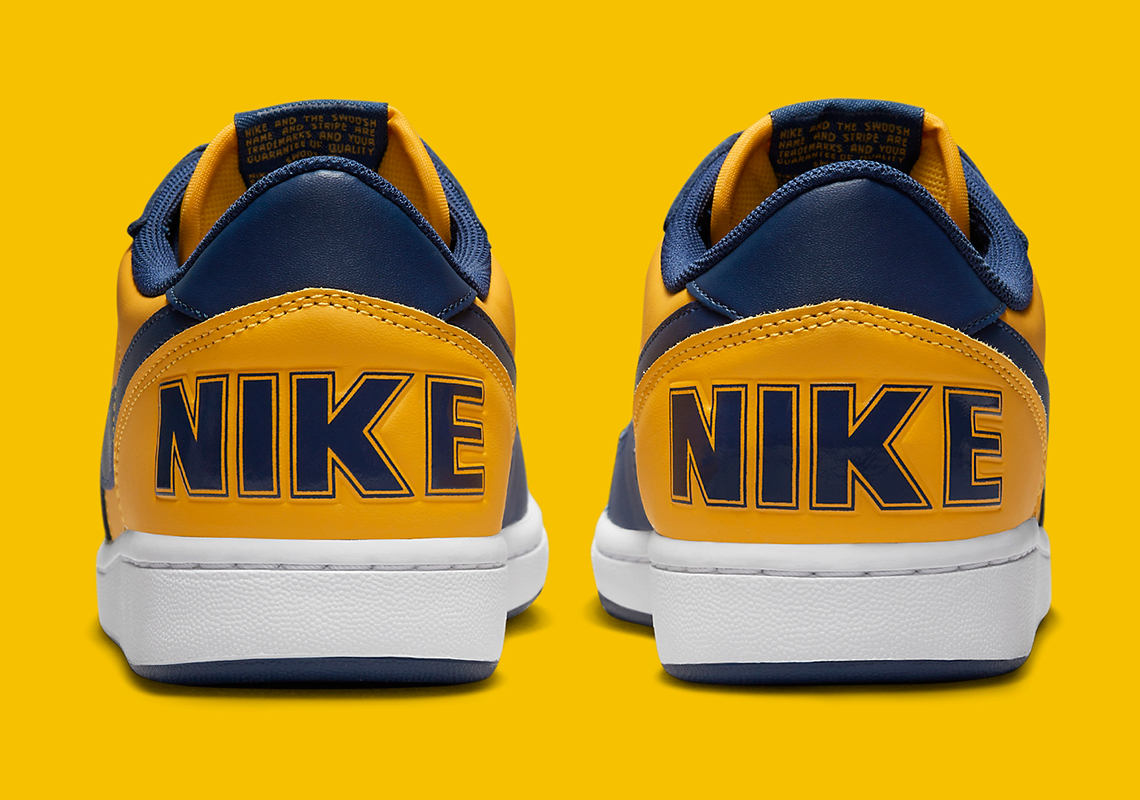 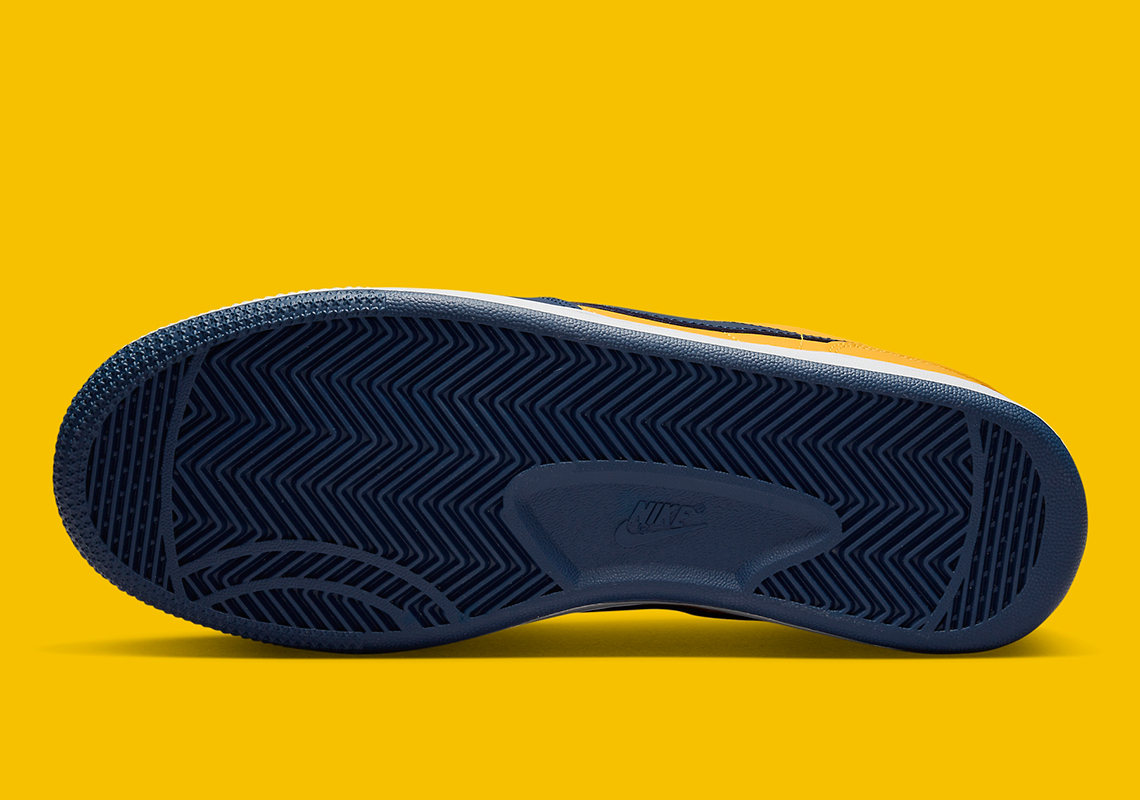 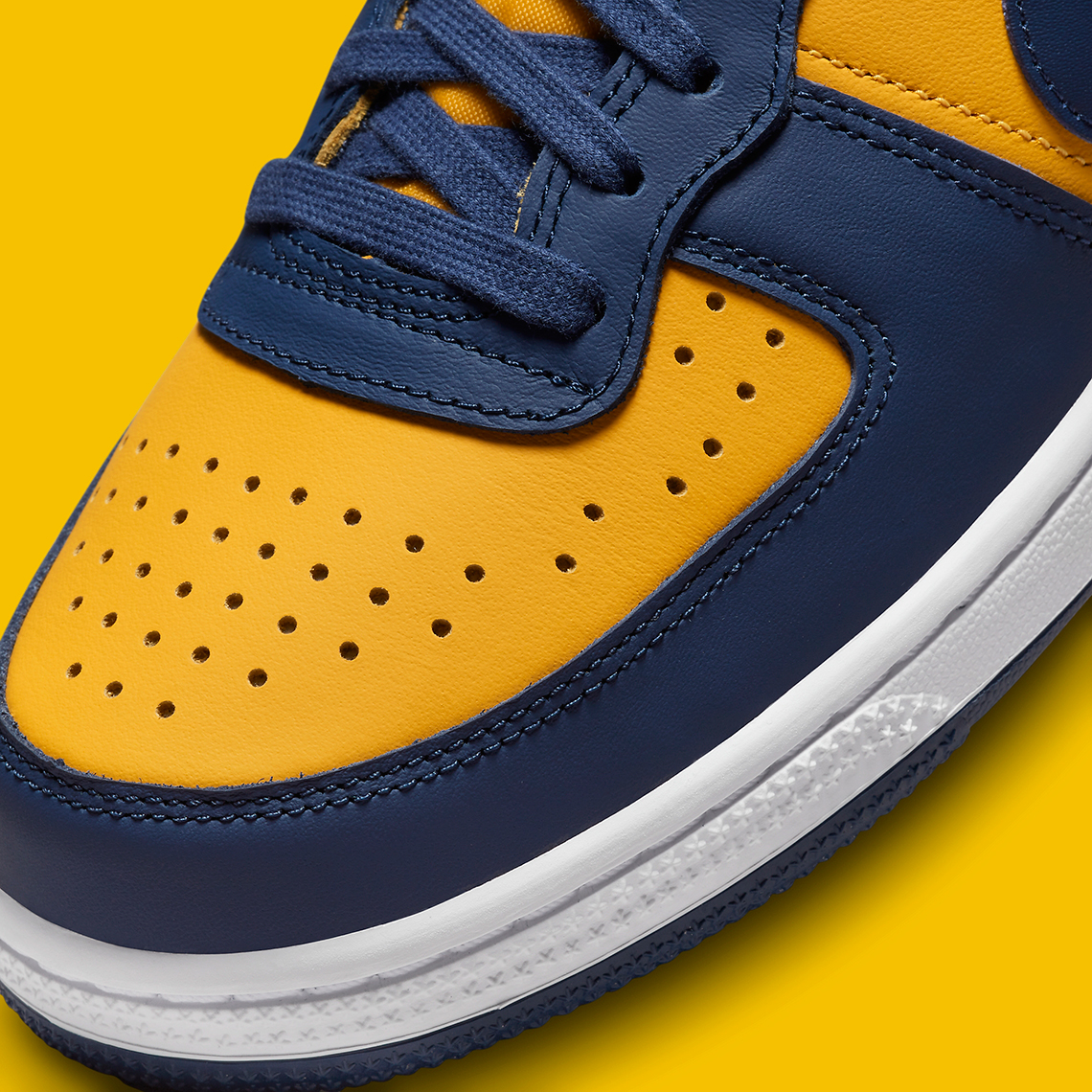 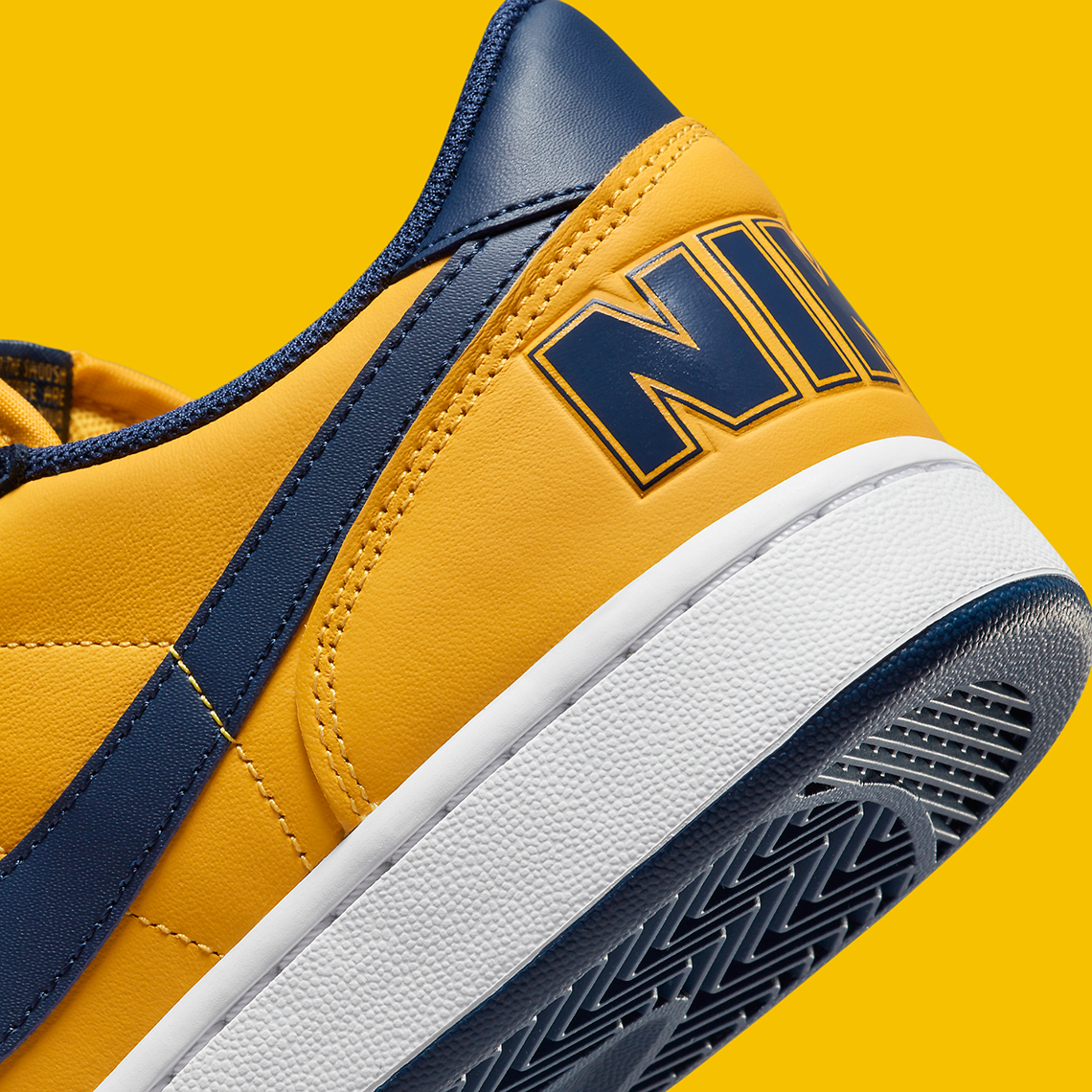