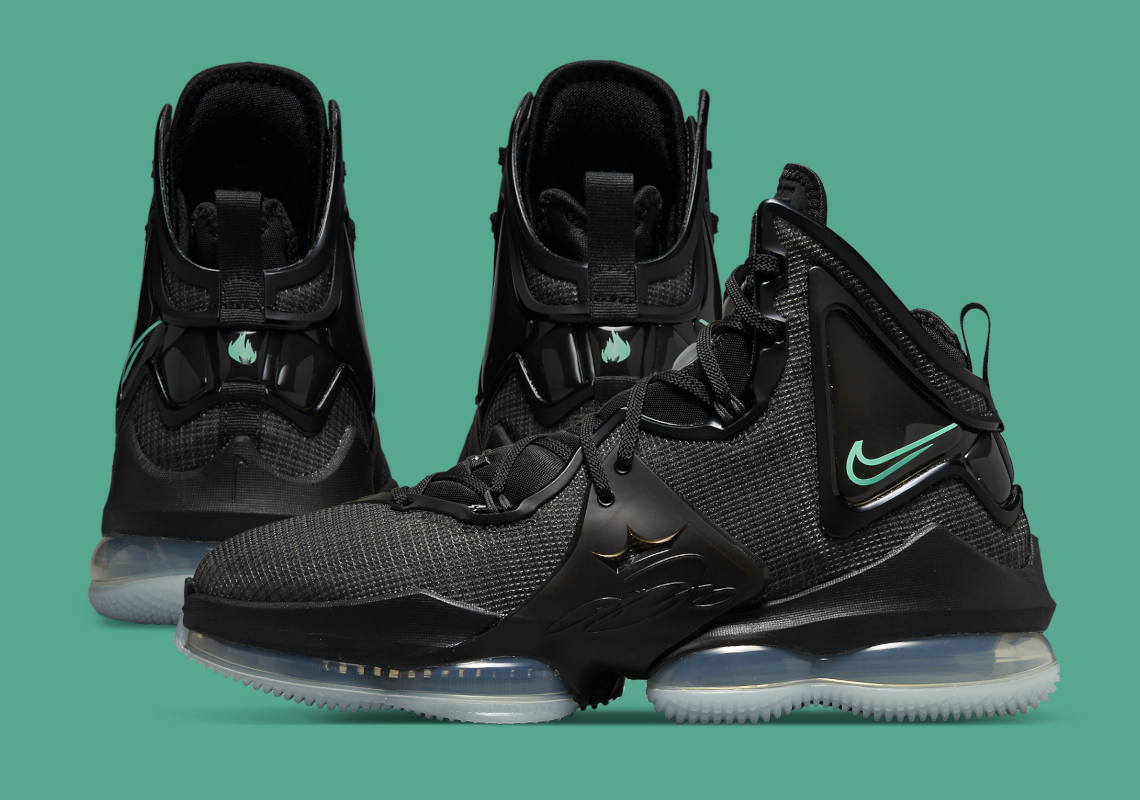 
Currently standing in seventh place in the NBA’s Western Conference, the Los Angeles Lakers aren’t all the way at the bottom of the rankings thanks to one man: LeBron James. In the last 10 games, the 19-year-veteran has been putting on M.V.P.-caliber performances, averaging 28.9 points per game in the 2021-22 season (“the kid from Akron”‘s career average p.p.g. is 27!). For his latest sneaker proposition, James seemingly nods to his “hot streak” by adding flame emojis to a near-all-black Nike LeBron 19.

Although the Lakers frontman’s newest signature sneaker has demonstrated a penchant for bold colorways since debuting alongside the “Space Jam: A New Legacy” film, it’s also dressed up in understated styles dominated by pitch-dark arrangements. On the newly-surfaced option, which draws some similarities to the Air Jordan 11 “Gamma Blue” that dropped in 2013, textile, molded and other materials across the sneaker indulge in a tonal black makeup; only swooshes at the lateral heel and flame emblems at the spine deviate in a mint green-reminiscent hue. Air Max-variants underfoot don’t boast such eye-catching flair, but deliver further contrast to the muted Nike LeBron.

Enjoy official images of the pair here below, and anticipate a Nike.com launch soon.

Elsewhere under the NIKE, Inc. umbrella, the Air Jordan 4 “Red Thunder” arrives for the whole family on January 14th. 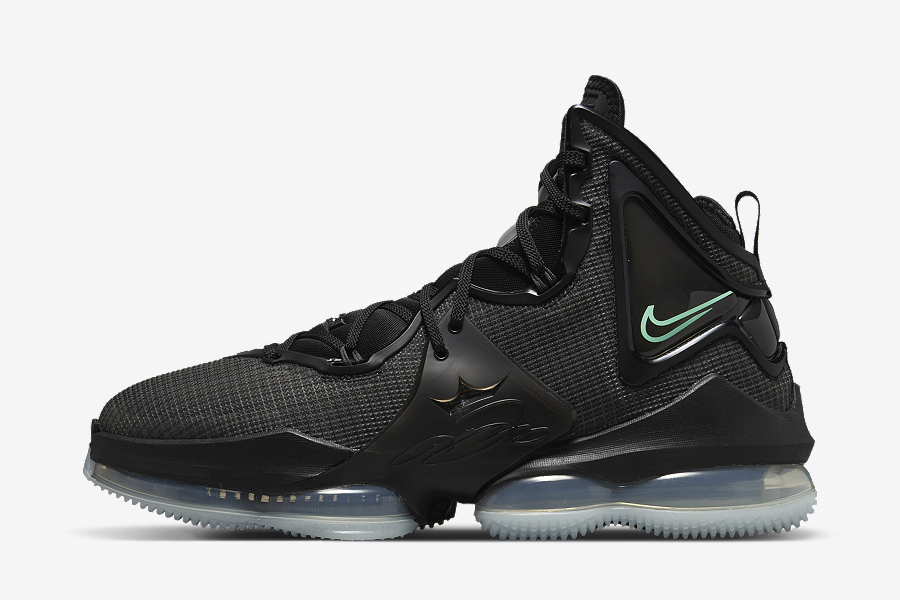 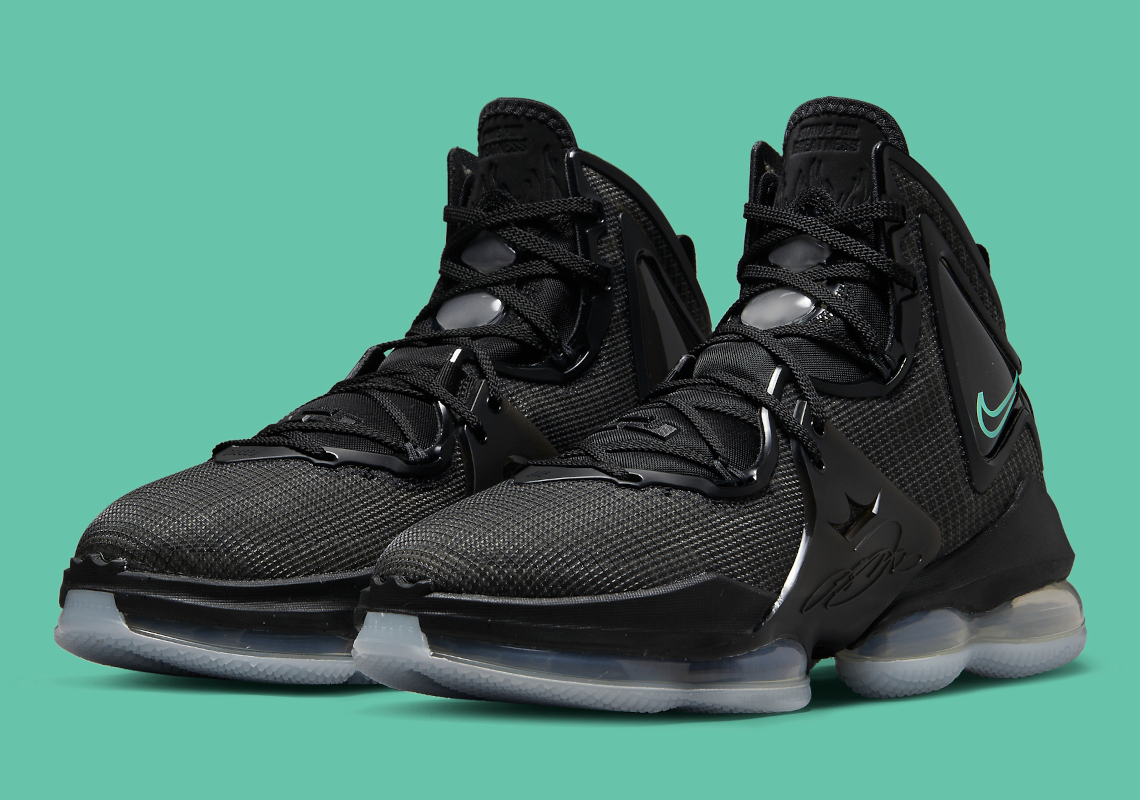 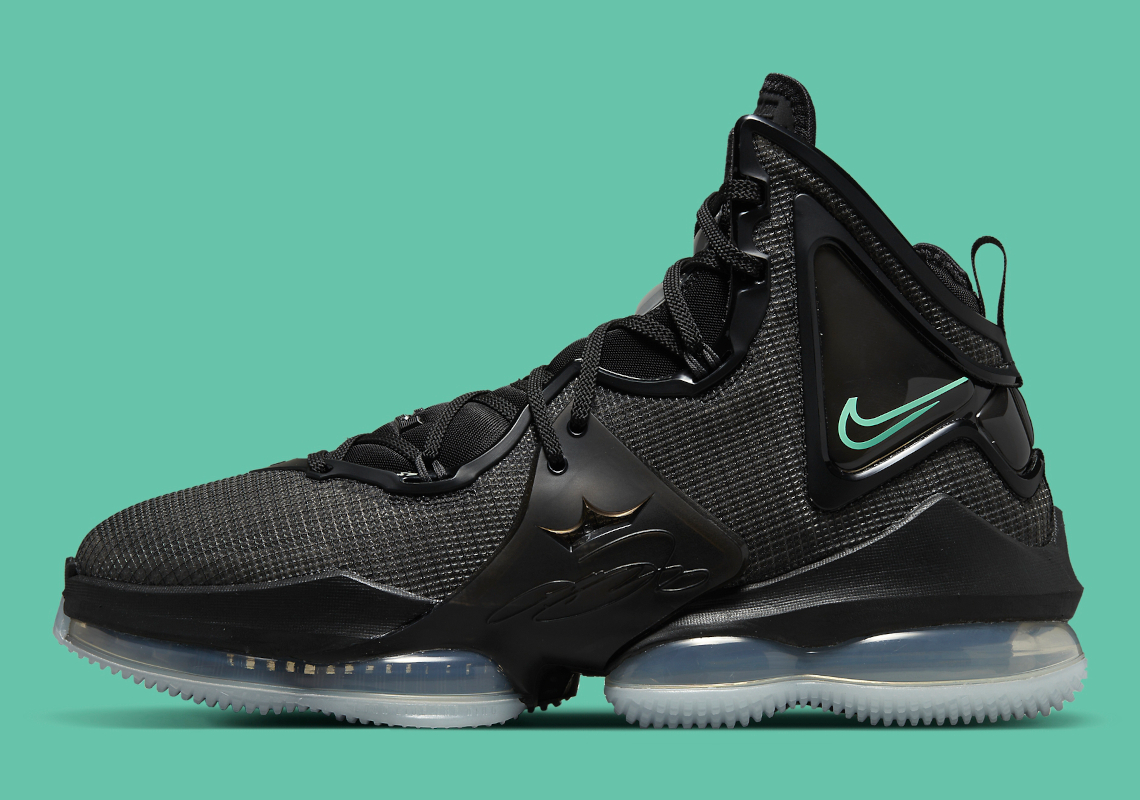 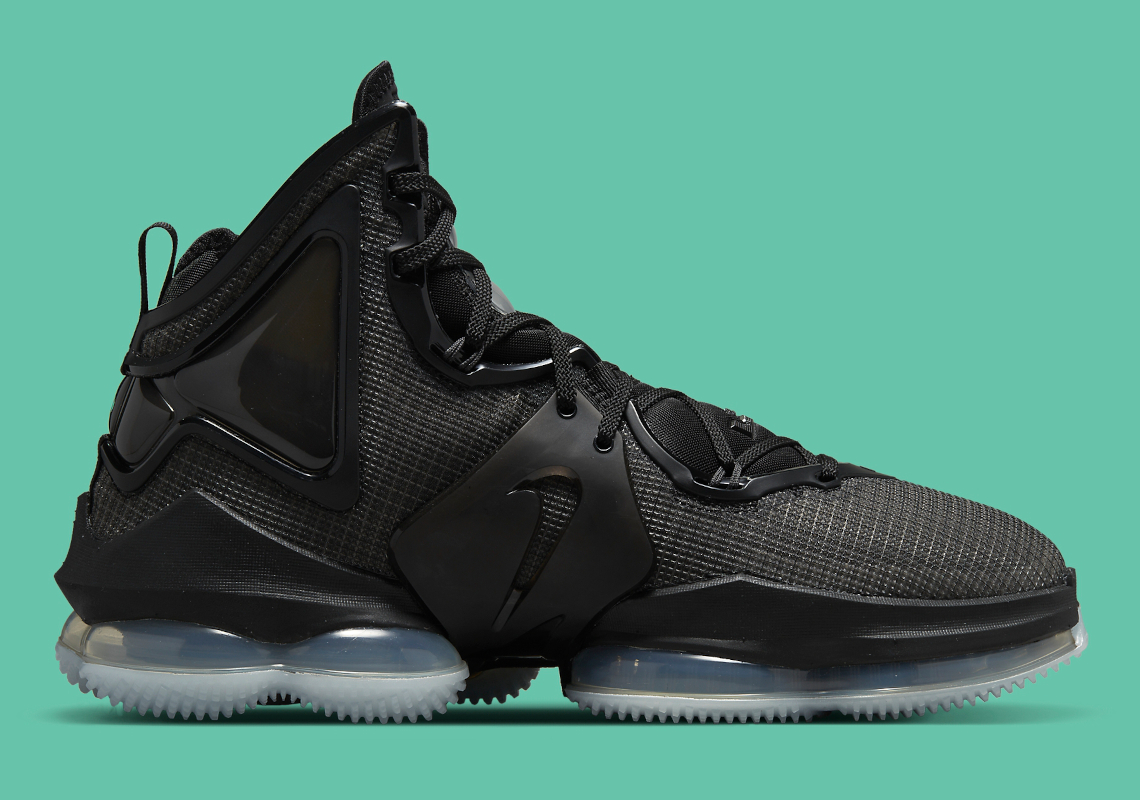 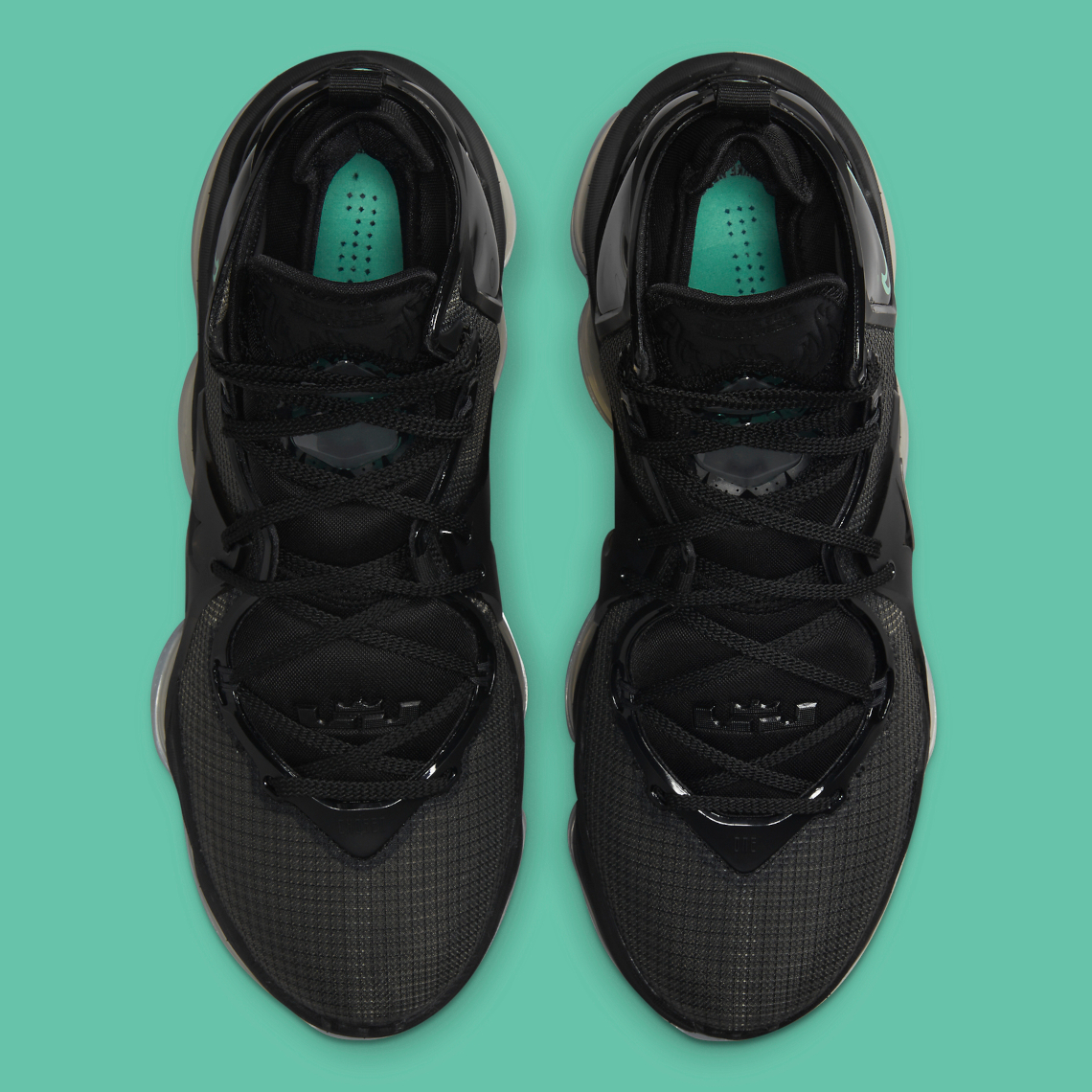 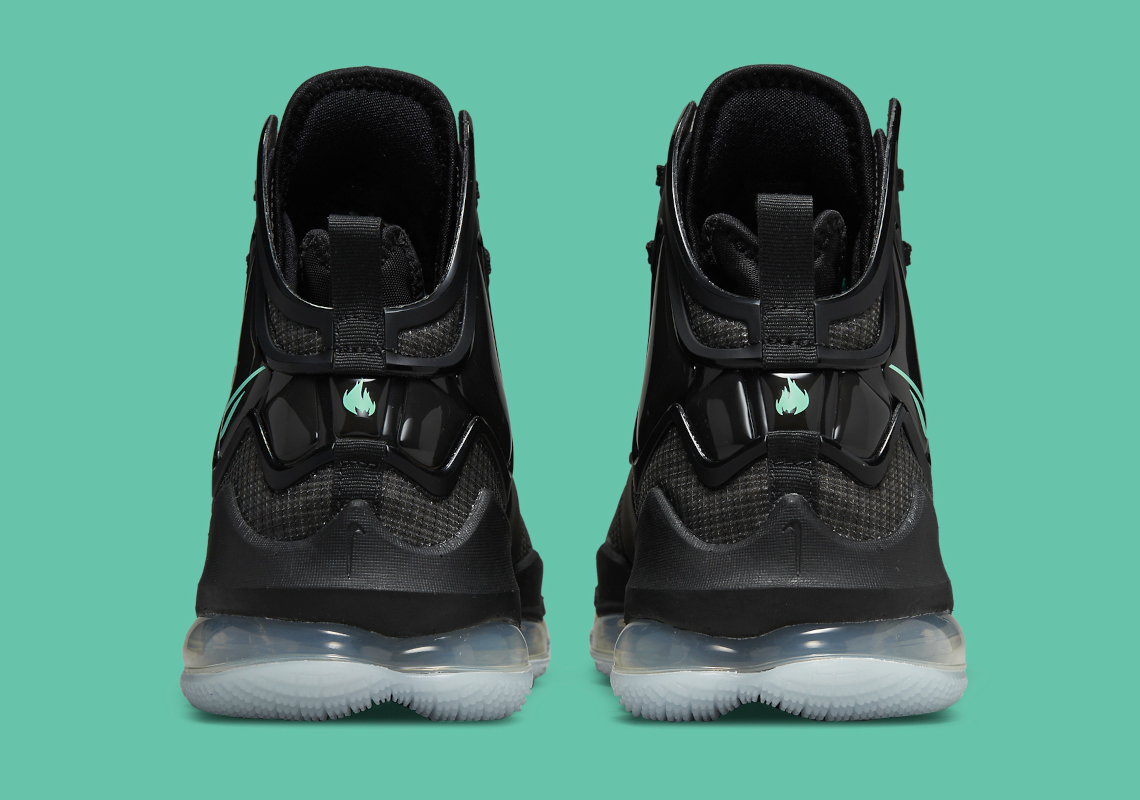 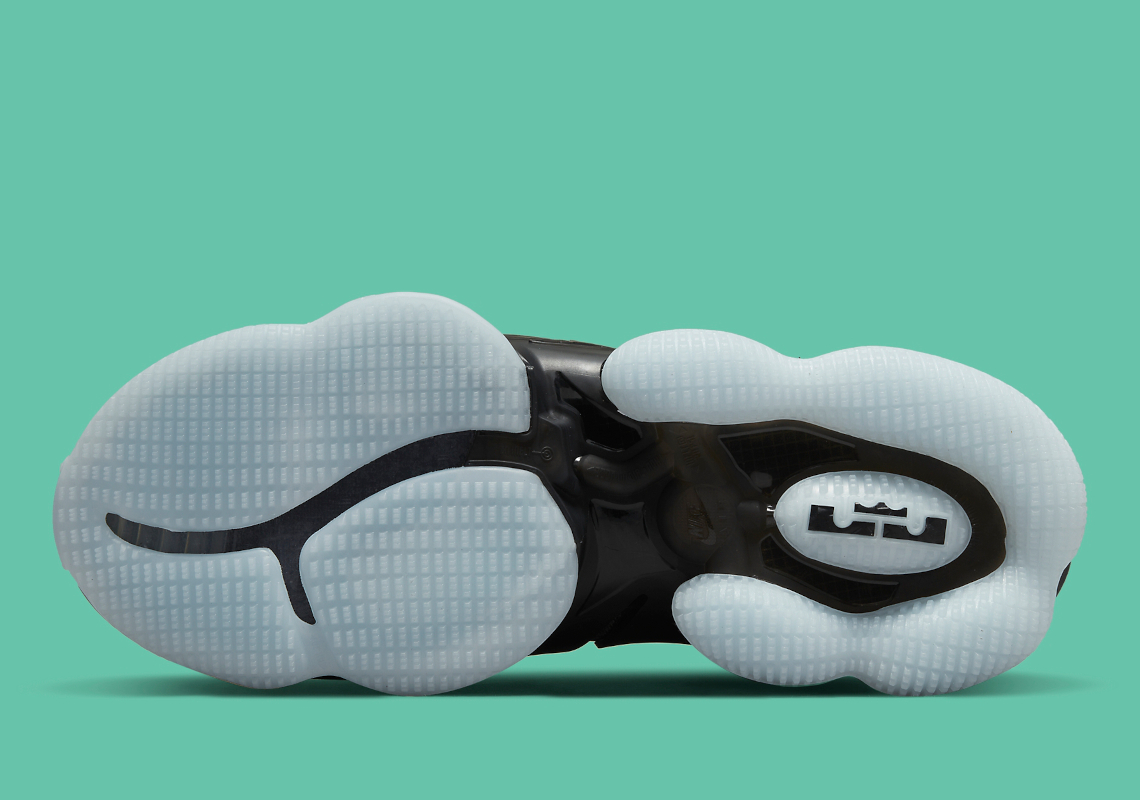 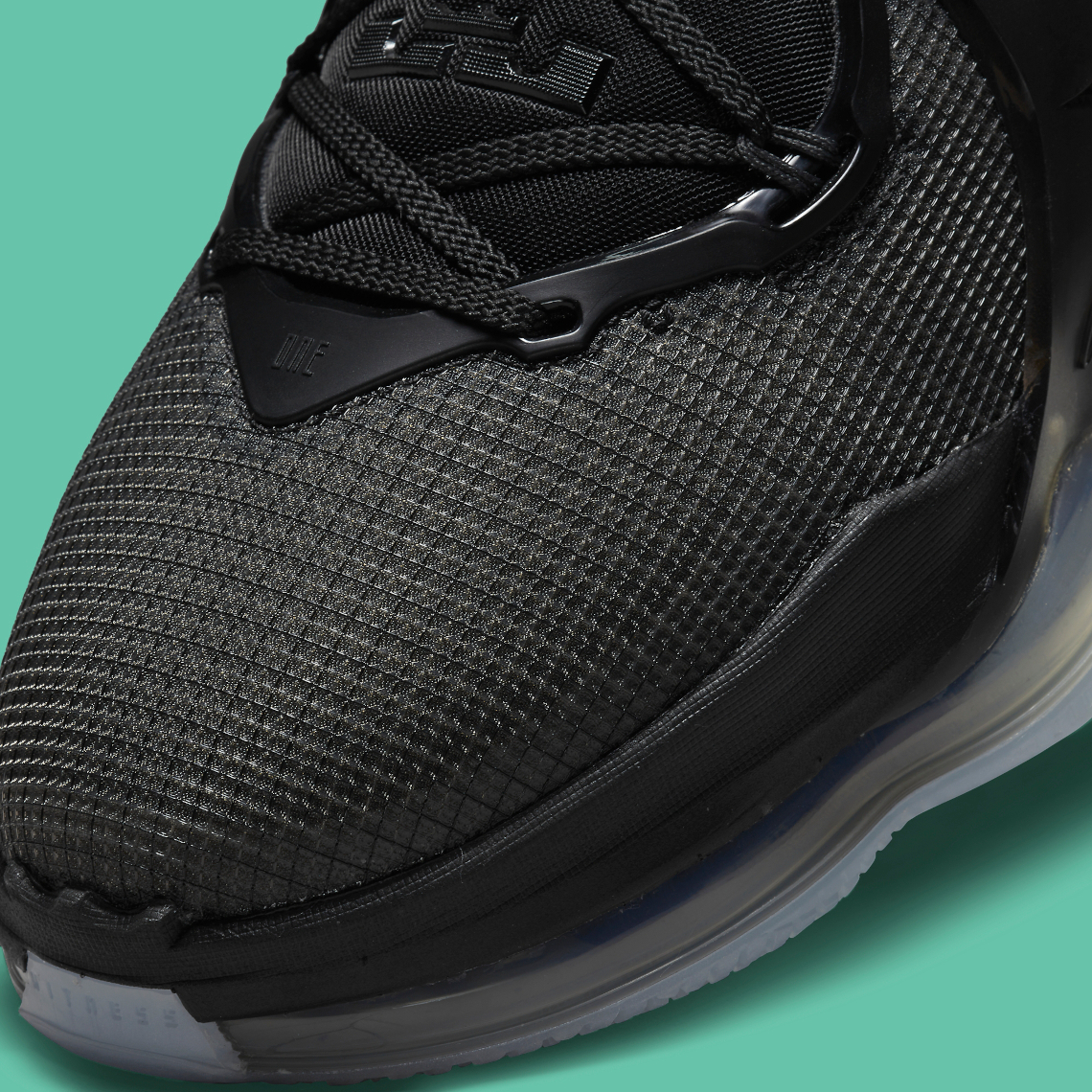 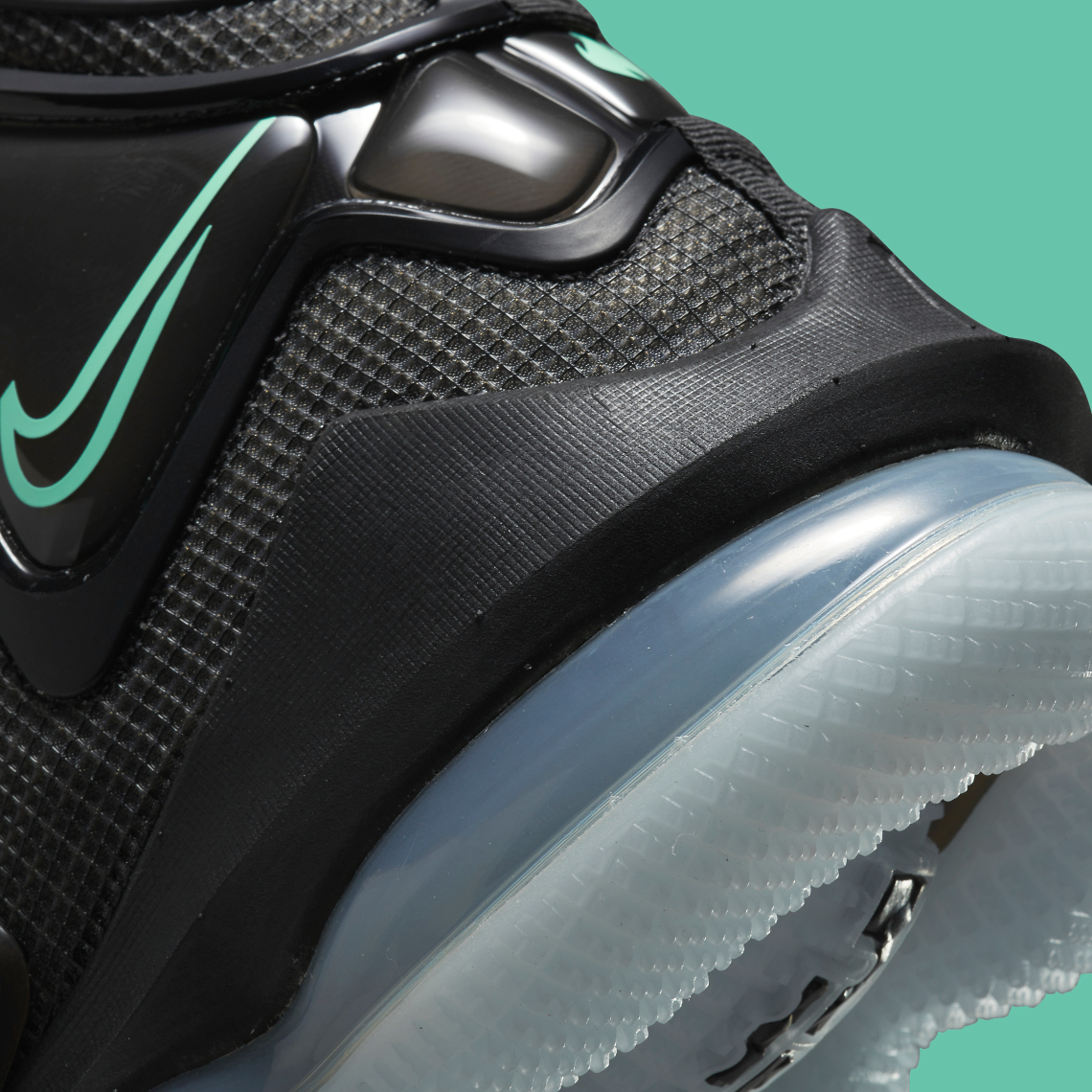