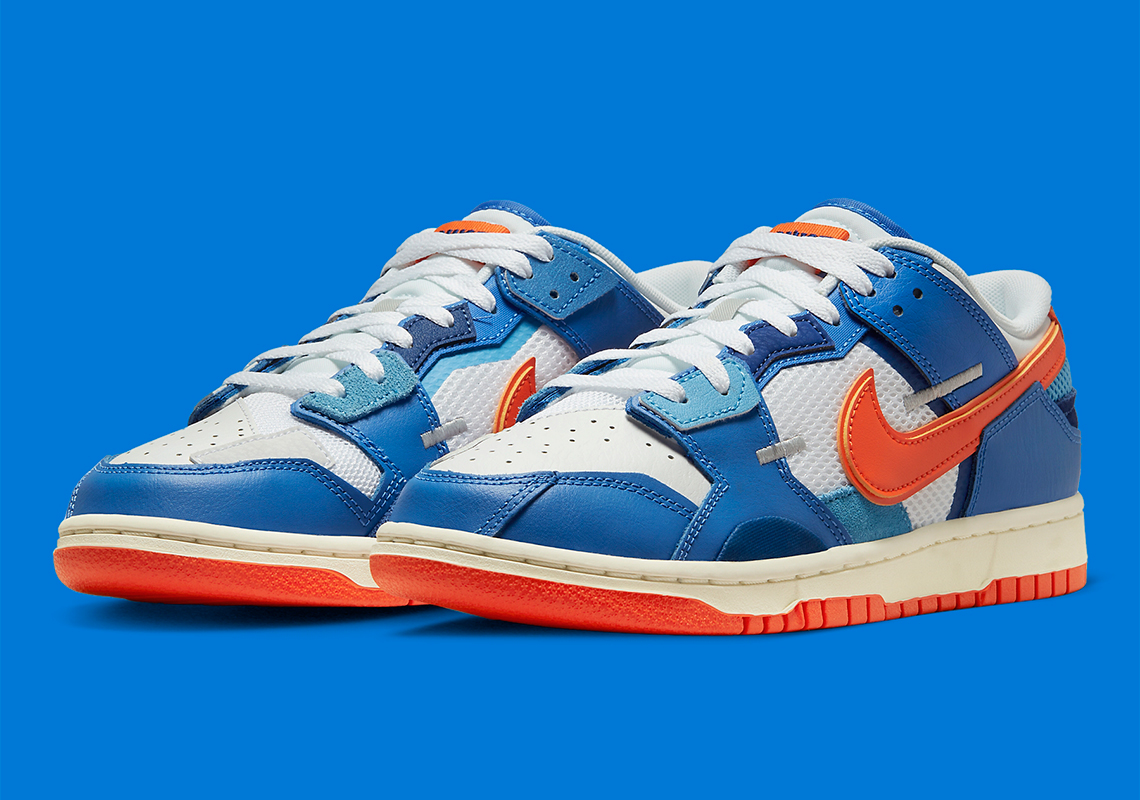 
Compared to its simpler, less-modified counterpart, the Nike Dunk Low Scrap rarely sees new releases. There are, however, still a few pairs on the way, and the Swoosh has just added this Knicks-inspired colorway to the calendar.

Unlike previous options, this rendition of the Dunk Low Scrap opts for a relatively ordinary color blocking. The overlays, though as much an exercise in patchwork as prior instances, connects its panels of suede, leather, and the like with a cohesive range of blues. These are then complemented by a white neutral, whose shade dresses the mid-panel, tongue, and collar just like some of the Dunk Low’s mainline offerings. Even the orange hits create a through line of its own, matching the Swoosh with the adjacent heel tab, outsole, and tongue tag.

For a closer look at this upcoming Dunk Low Scrap, check out the official images below. A release date has not yet been disclosed, but we should be seeing these on Nike.com soon.

In other news, have you seen the Air Max 97 Letterman Pack? 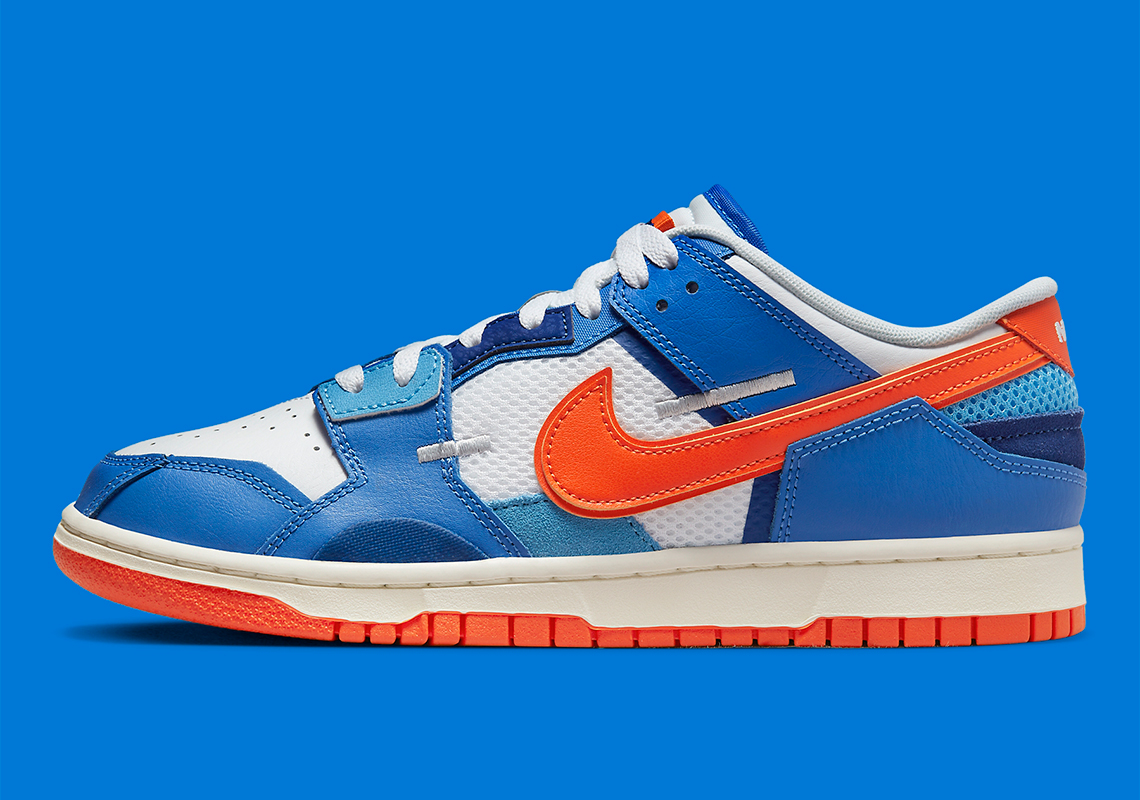 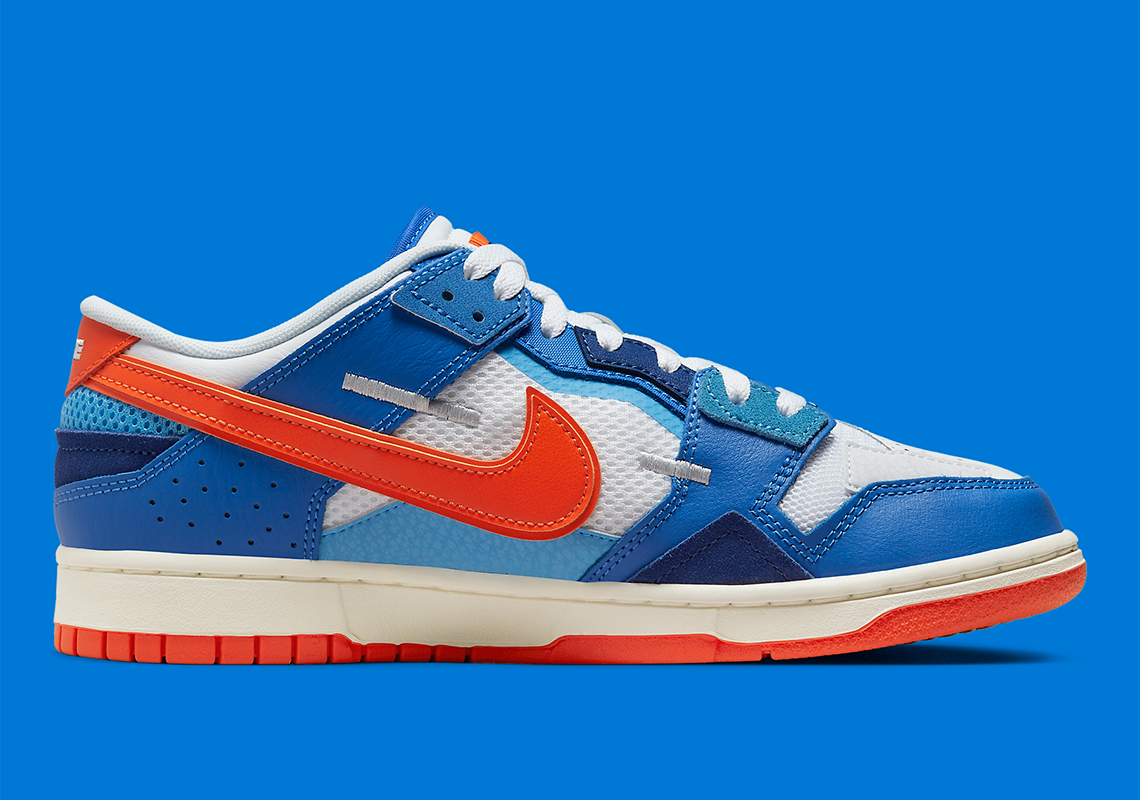 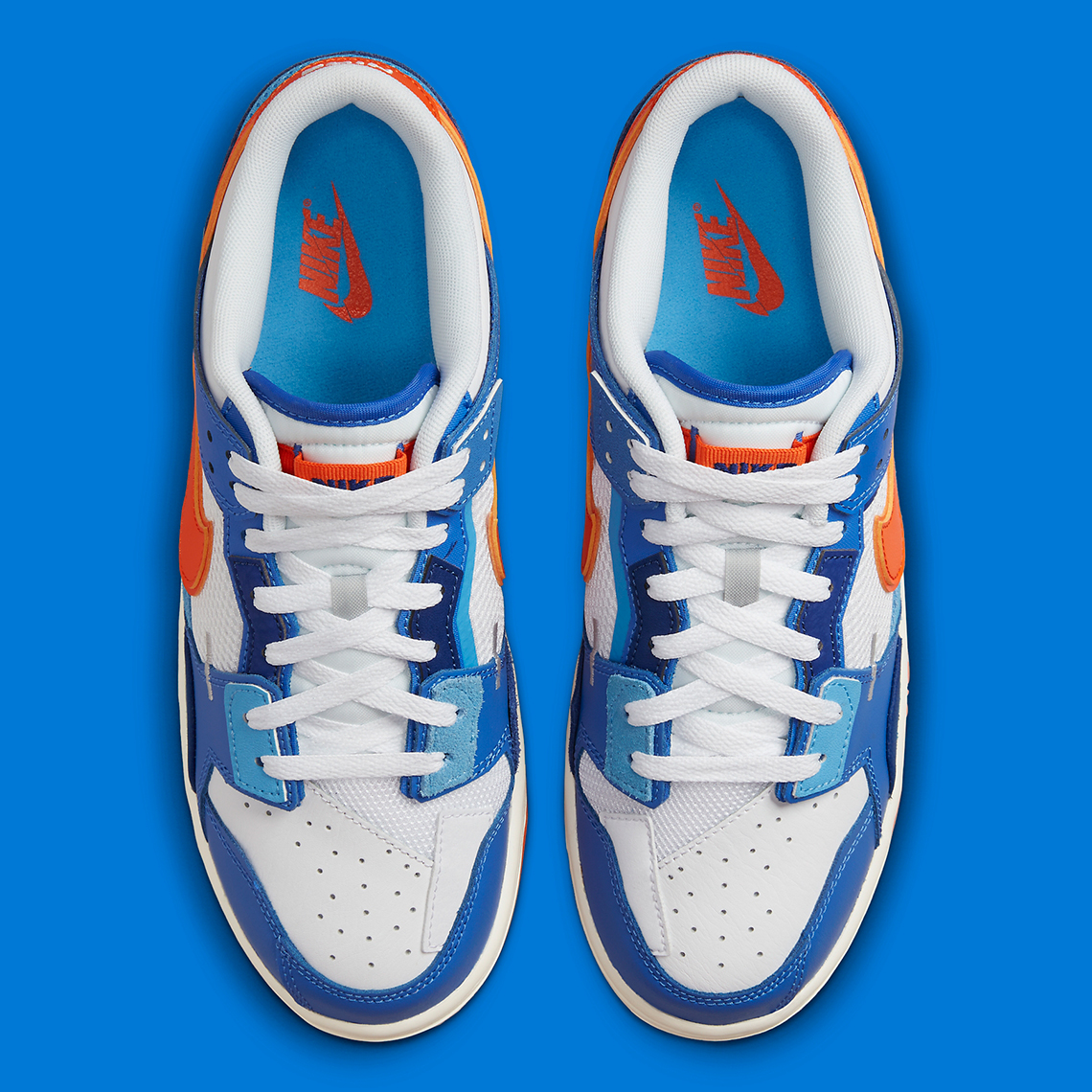 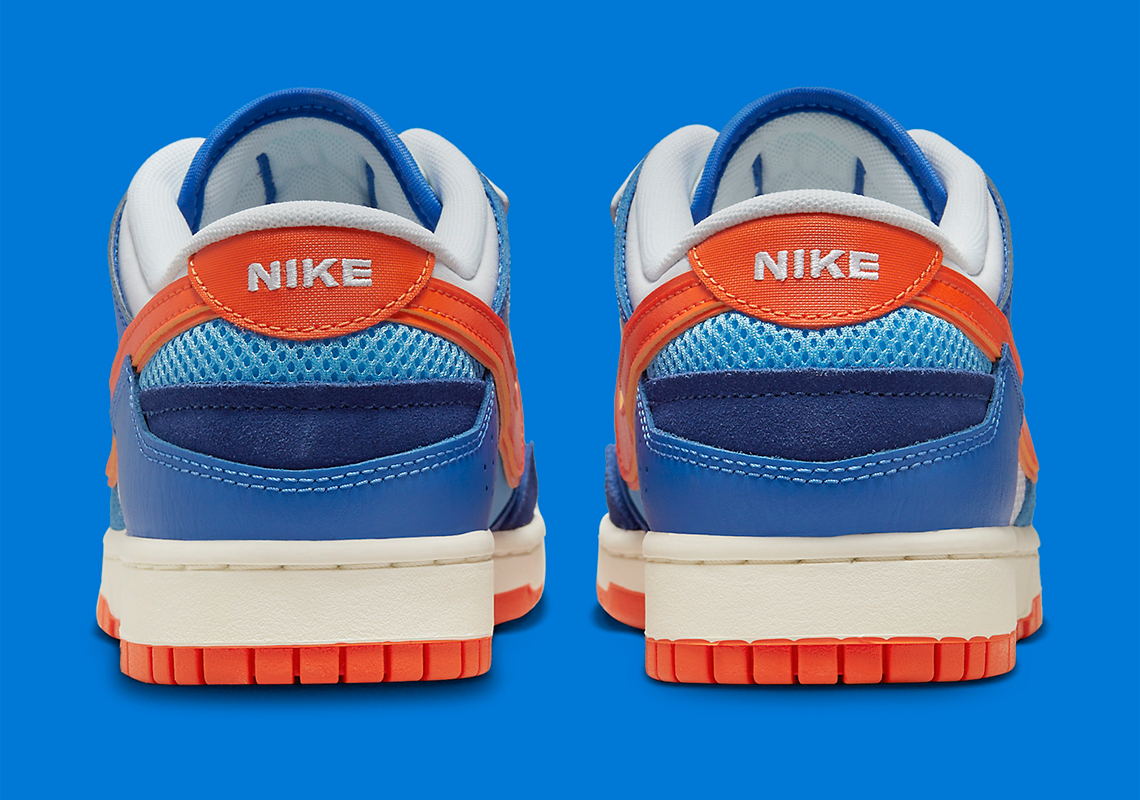 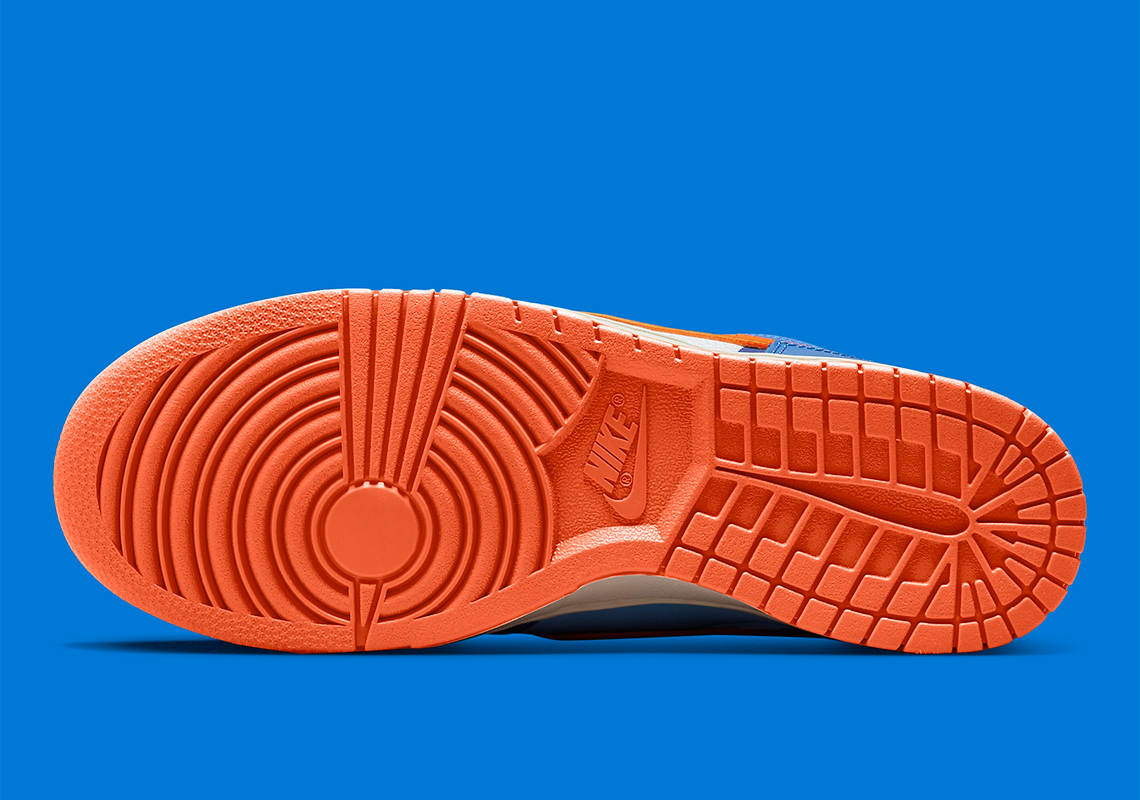 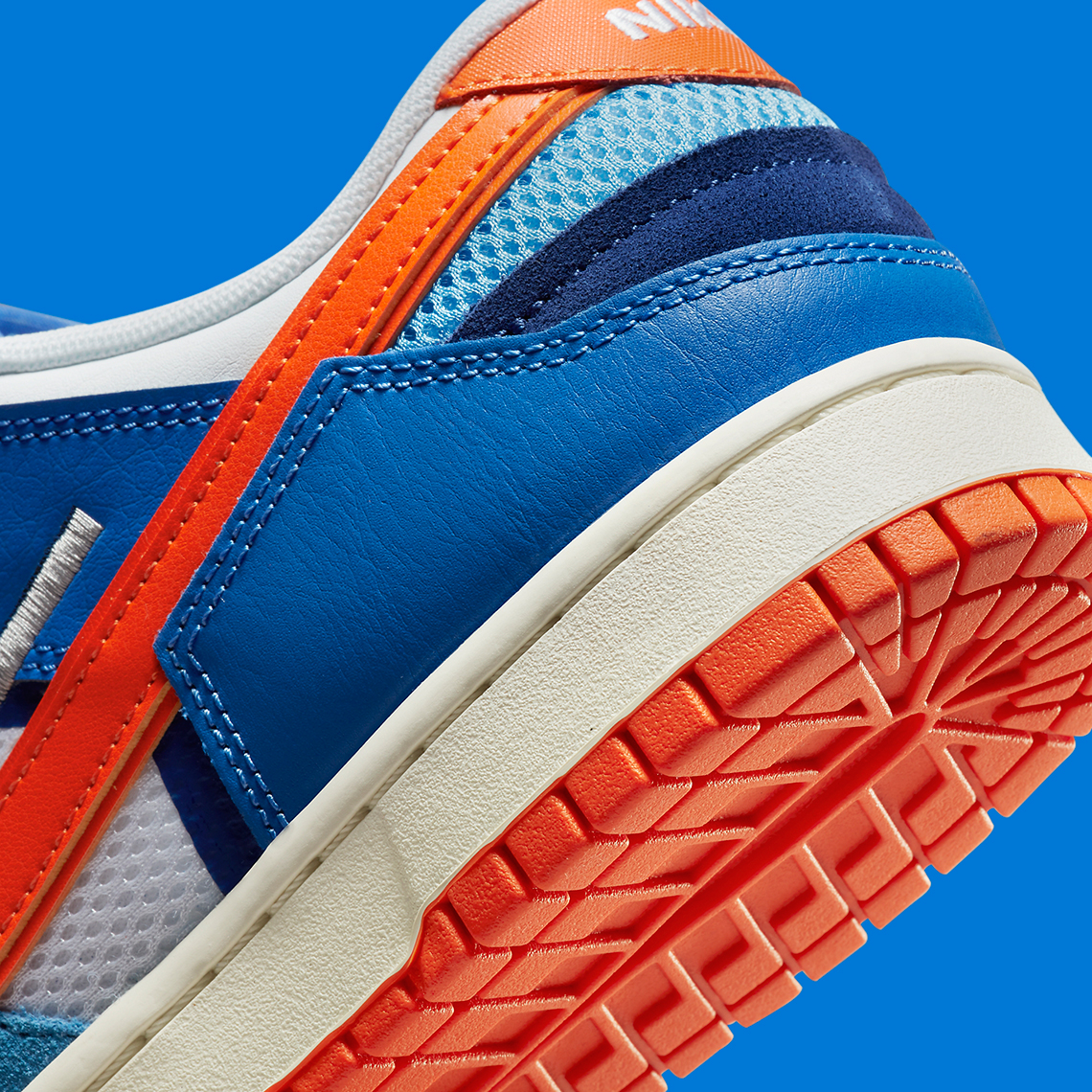 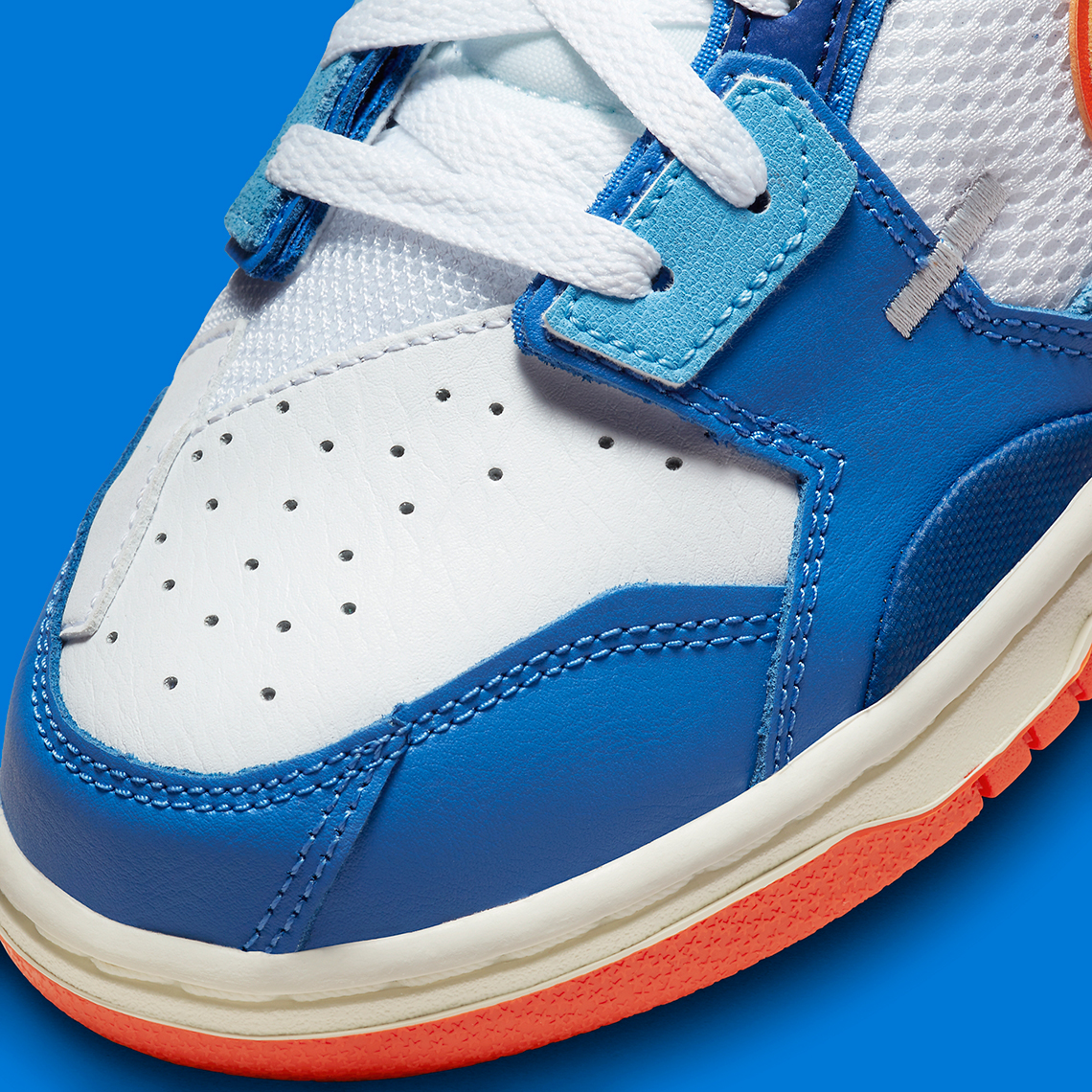