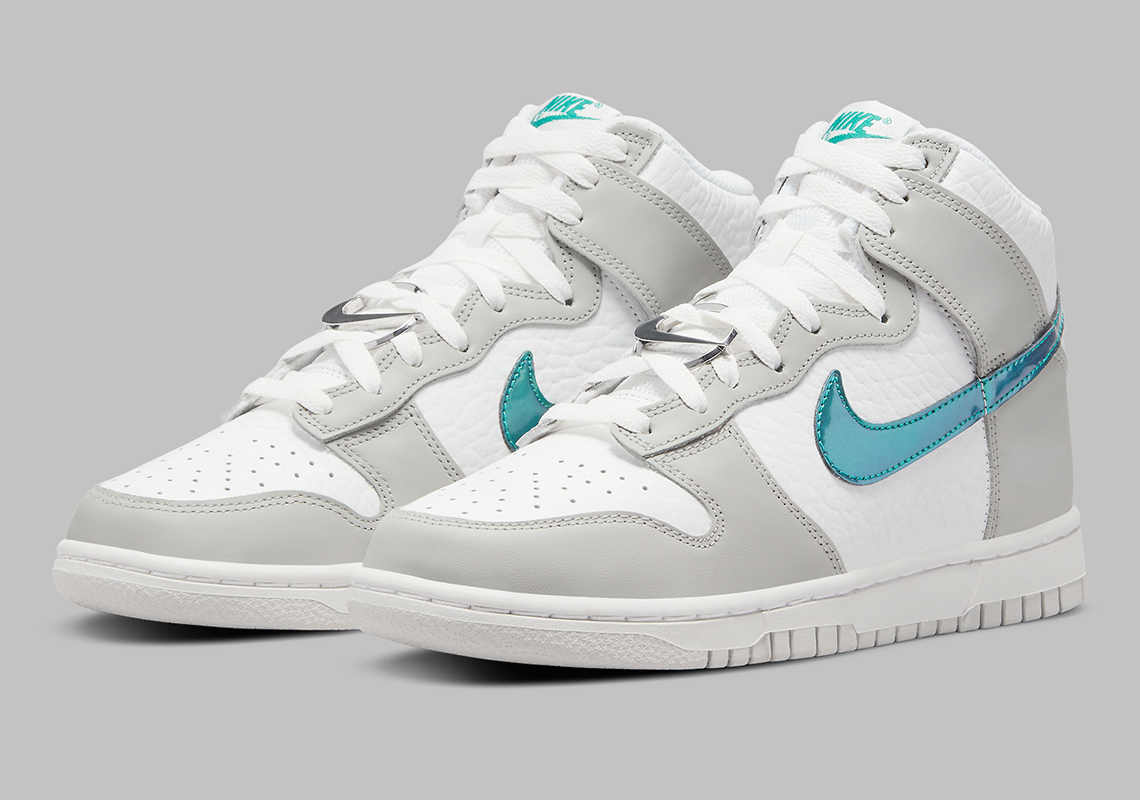 
Compared to its low-top counterpart, the Nike Dunk High rarely ever sees as much of the spotlight. But now, things seem to be slowly changing for the better, as the silhouette has appeared in CLOT-partnered and “Year of the Tiger” make-ups. And though a bit more ordinary than the two, this upcoming colorway stands out all the same thanks to both its Swoosh and newly acquired accessory.

These details break up a rather unassuming palette, whose white and grey neutrals dress smooth and tumbled leathers alike. The latter lays underneath, setting the base, while the darker overlays cross over top the metallic finish of the emerald-tinted Swoosh. Elsewhere, this shade also highlights the tongue branding but not the silver-clad ornament looped into the laces.

For a closer look at these upcoming Dunk Highs, check out the official images below. A release is likely to hit Nike.com as well as select retailers within the coming months.

In other news, official images of the Air Jordan 4 Infrared surfaced this past week. 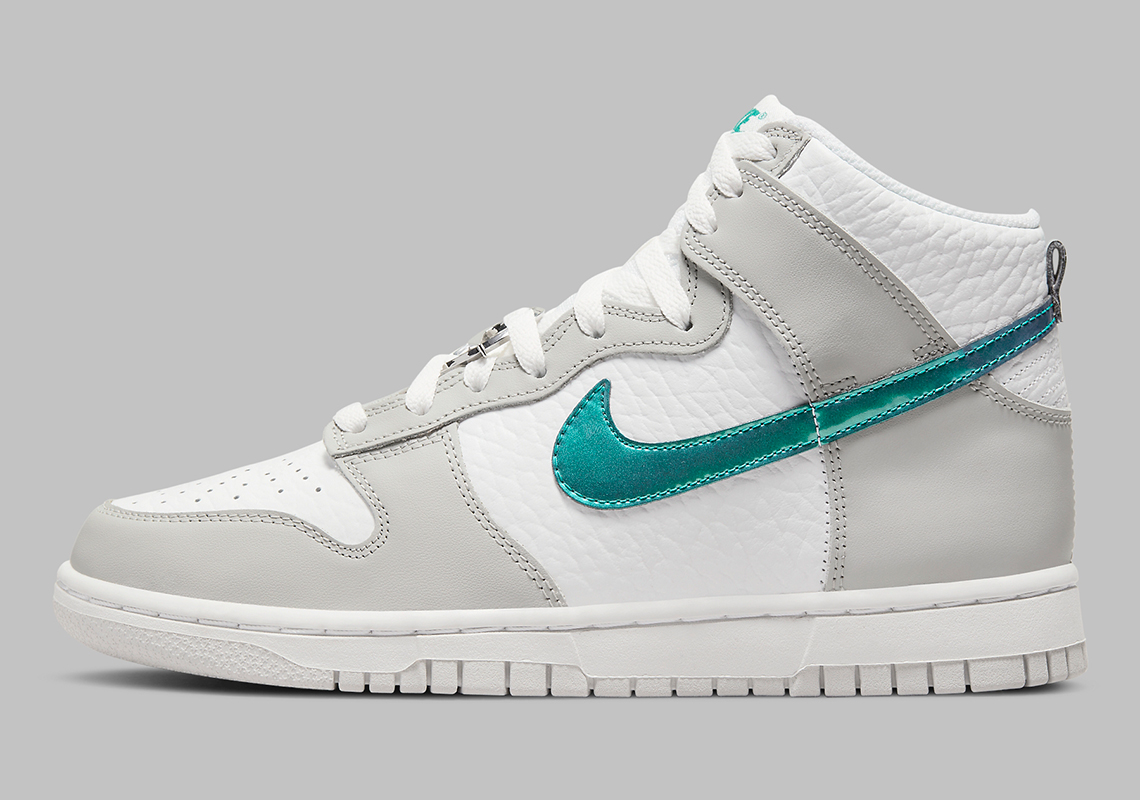 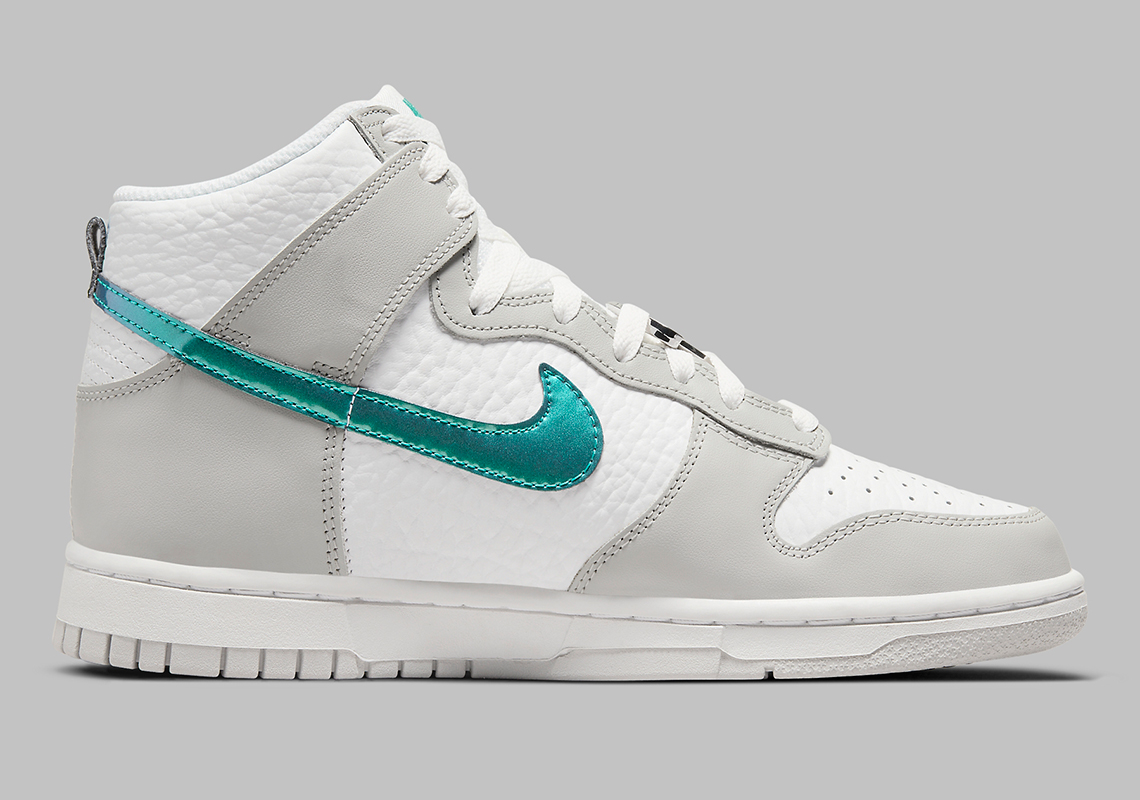 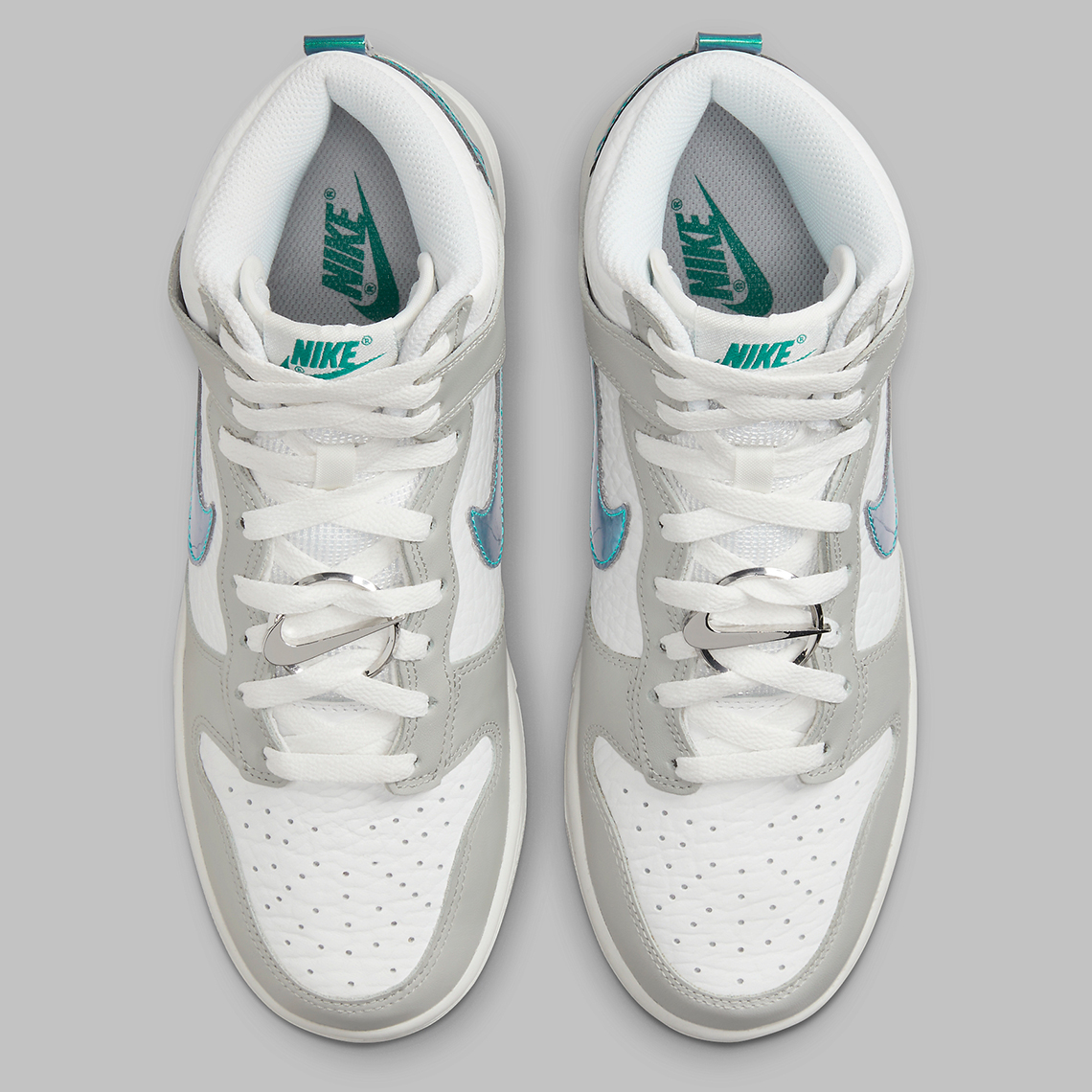 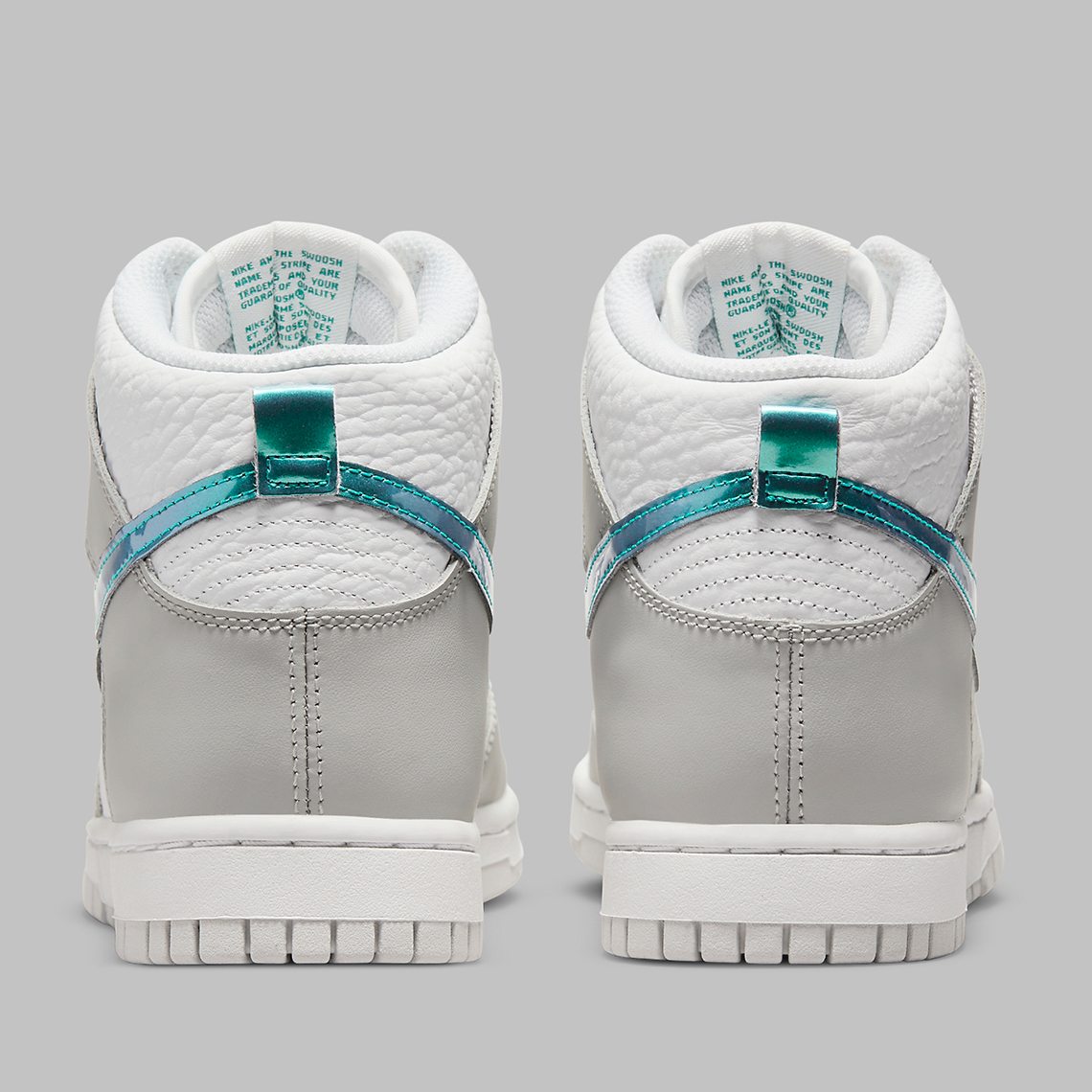 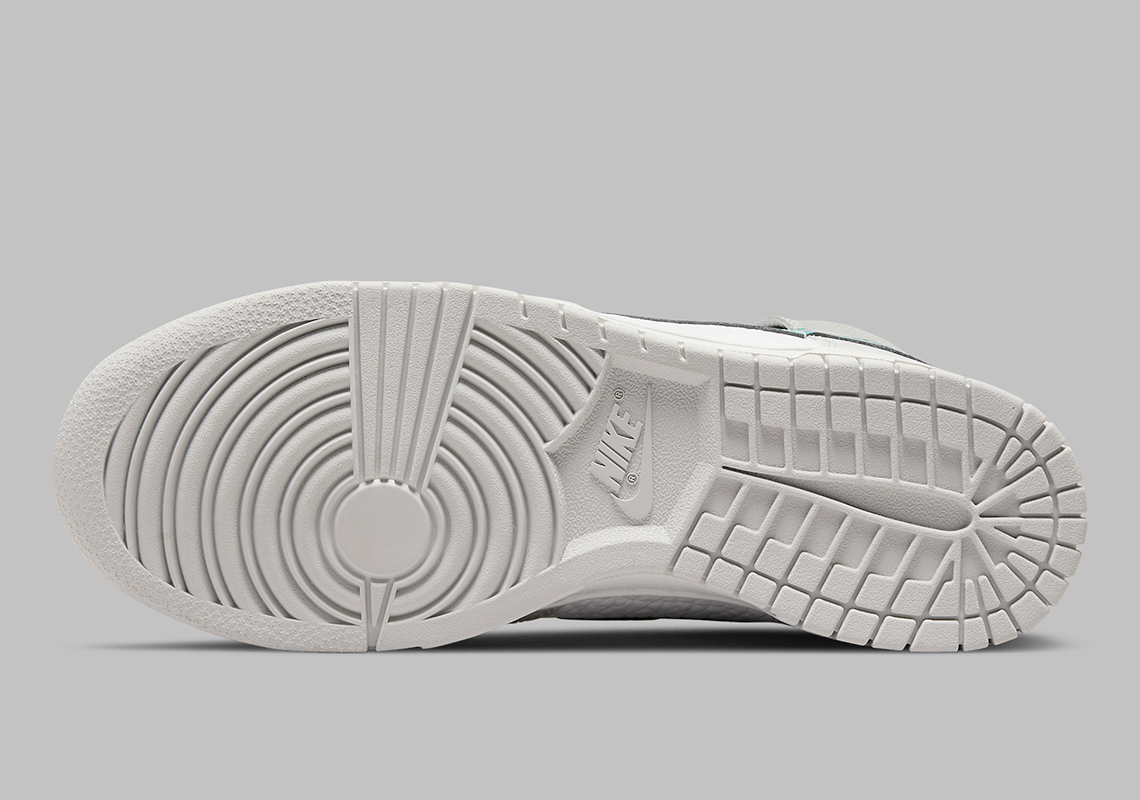 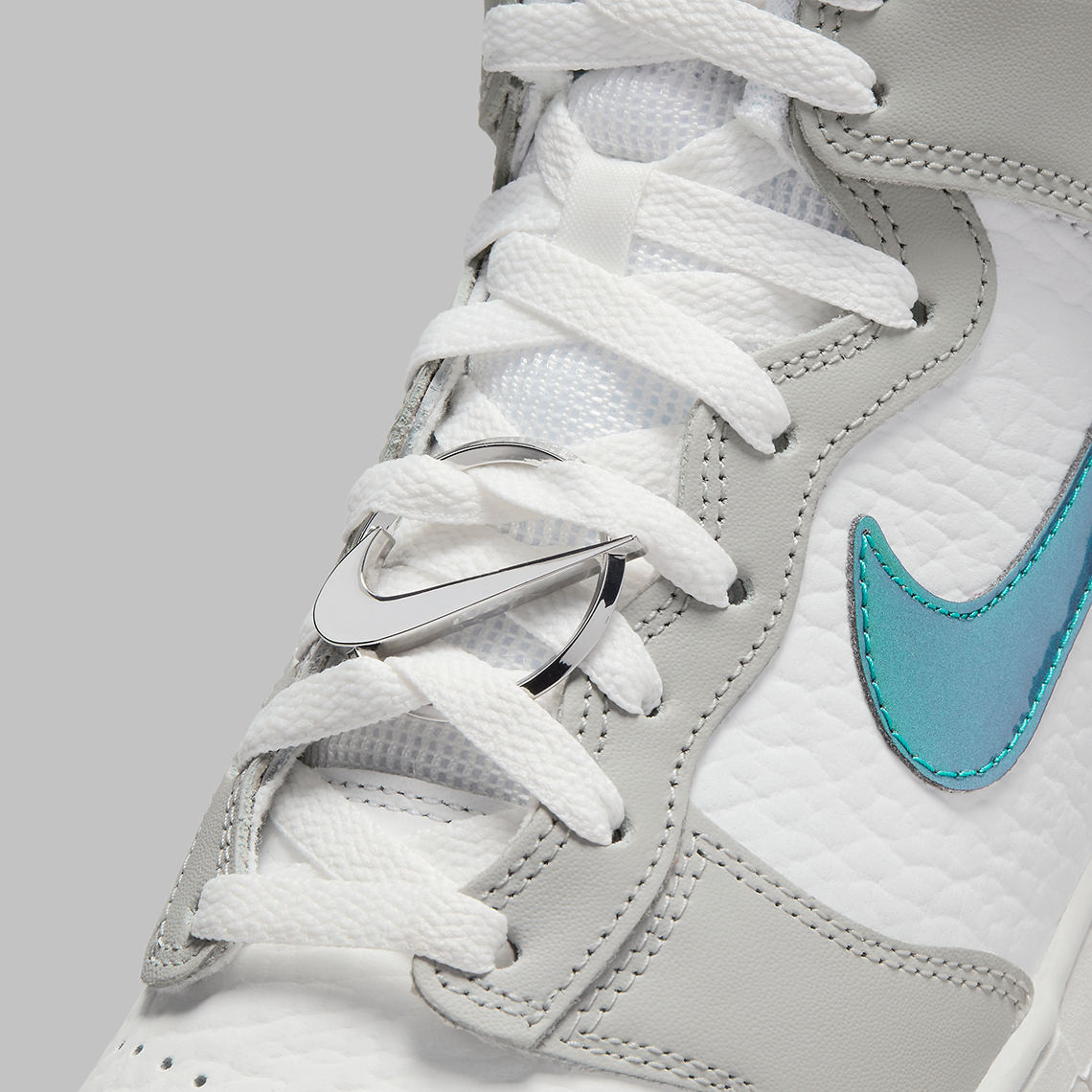 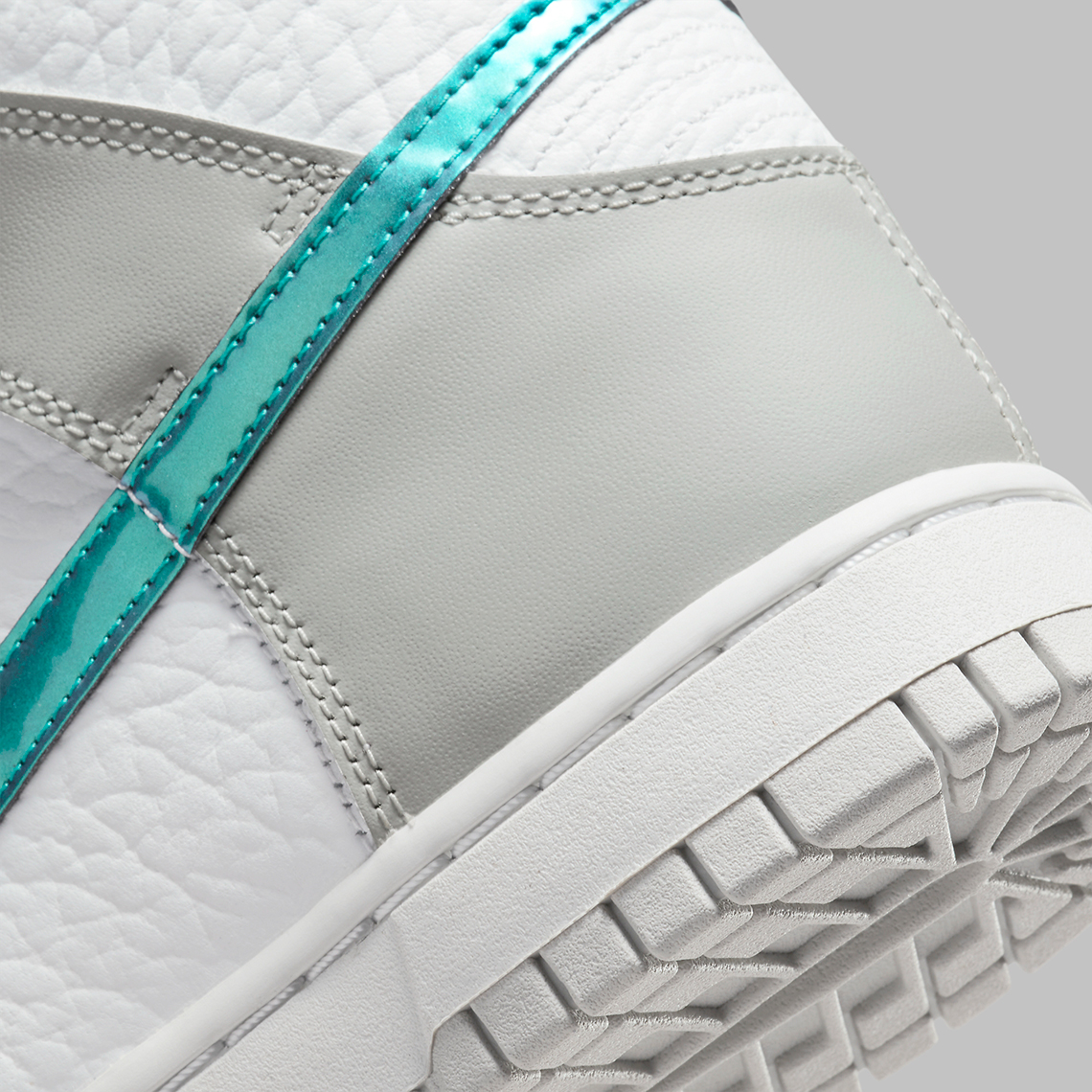 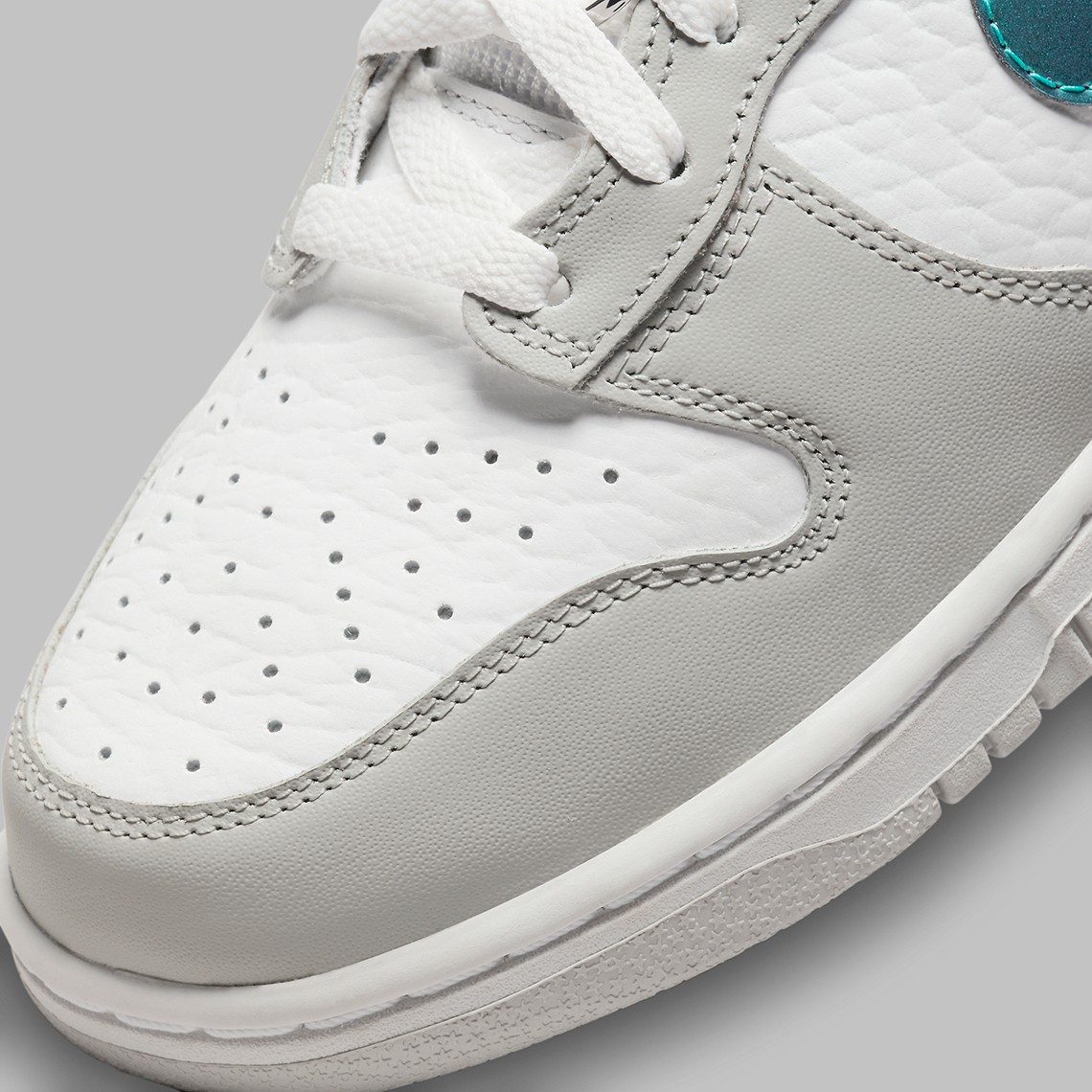