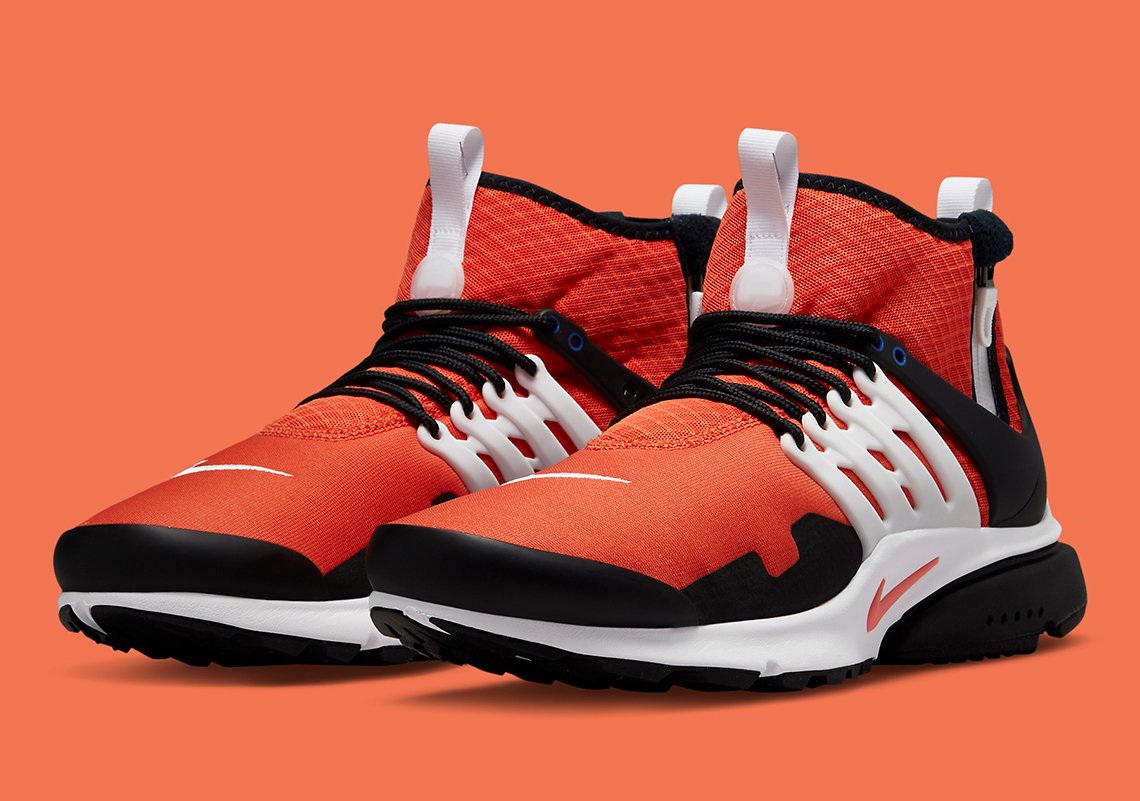 
If you’re not the biggest fan of Star Wars, we can’t blame you for lack of interest in the Air Presto Mid Utility. Its most recent colorways — though left unsaid — have used the films as a source of inspiration, taking design cues from the likes of Darth Vader, Boba Fett, and even Bossk. But here, as it pairs orange with an overlay of neutrals, the silhouette is starting anew, all while keeping to a scheme that more than suits the more technical appearance.

While it may not hail from a galaxy far far away, the pair is as bold as a lightsaber. Though in place of a blade, the shoe’s bright orange color shines atop the upper’s synthetic base as well as the Swoosh plastered across the midsole. Elsewhere, the cages are far less bold; and while unassuming in their white and black frames, the latter does feature a subtle pop of blue along its dual eyelets.

For a closer look at this upcoming Air Presto Mid Utility, check out the official images below. Sizes are sure to pop up at Nike.com as well as at select retailers hopefully soon. 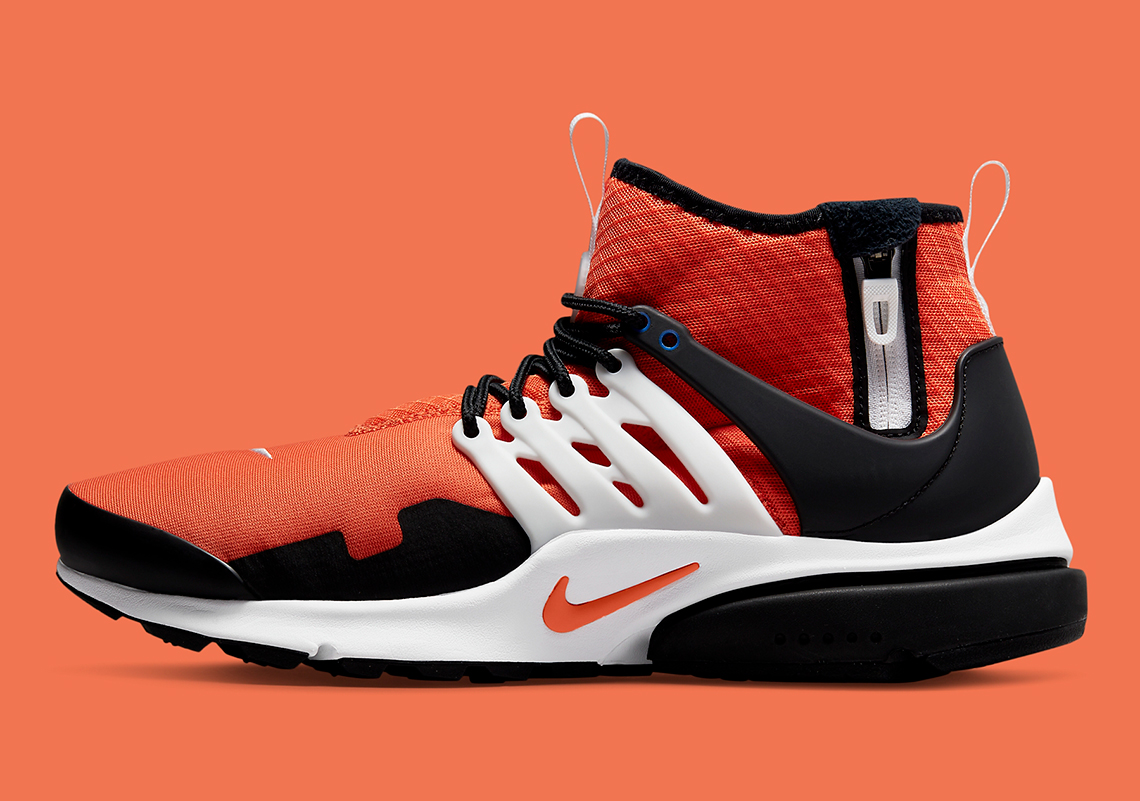 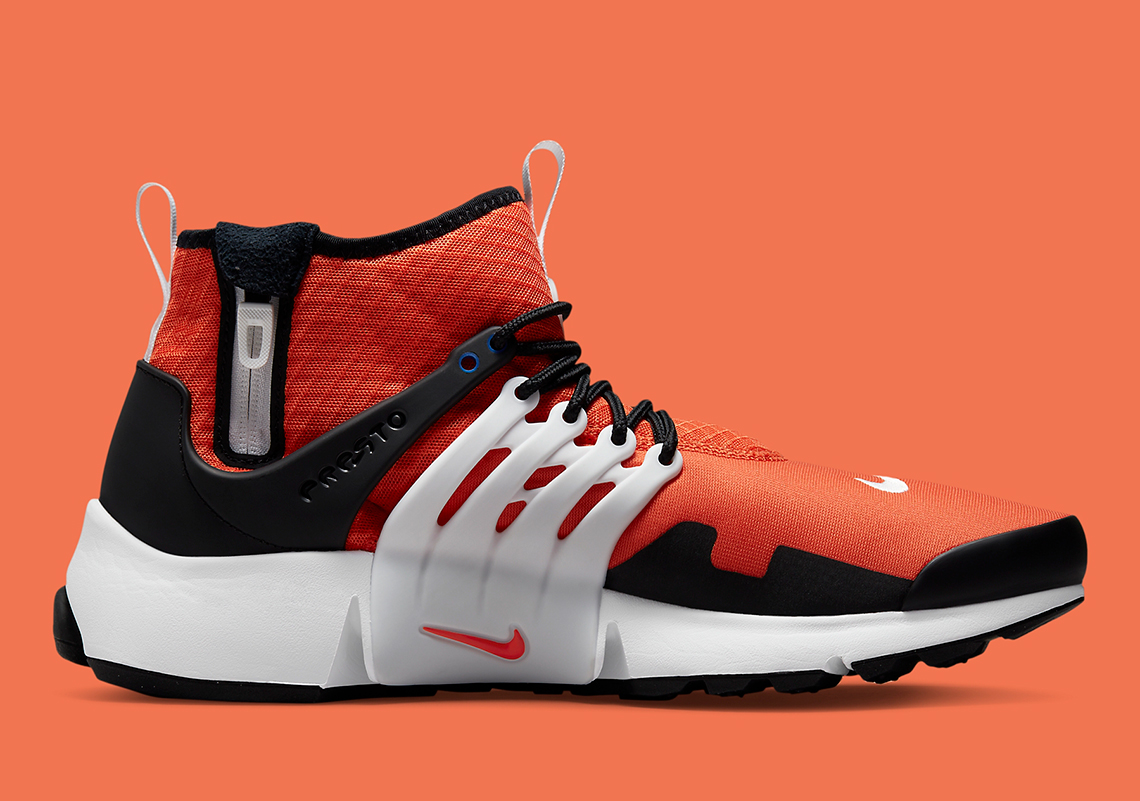 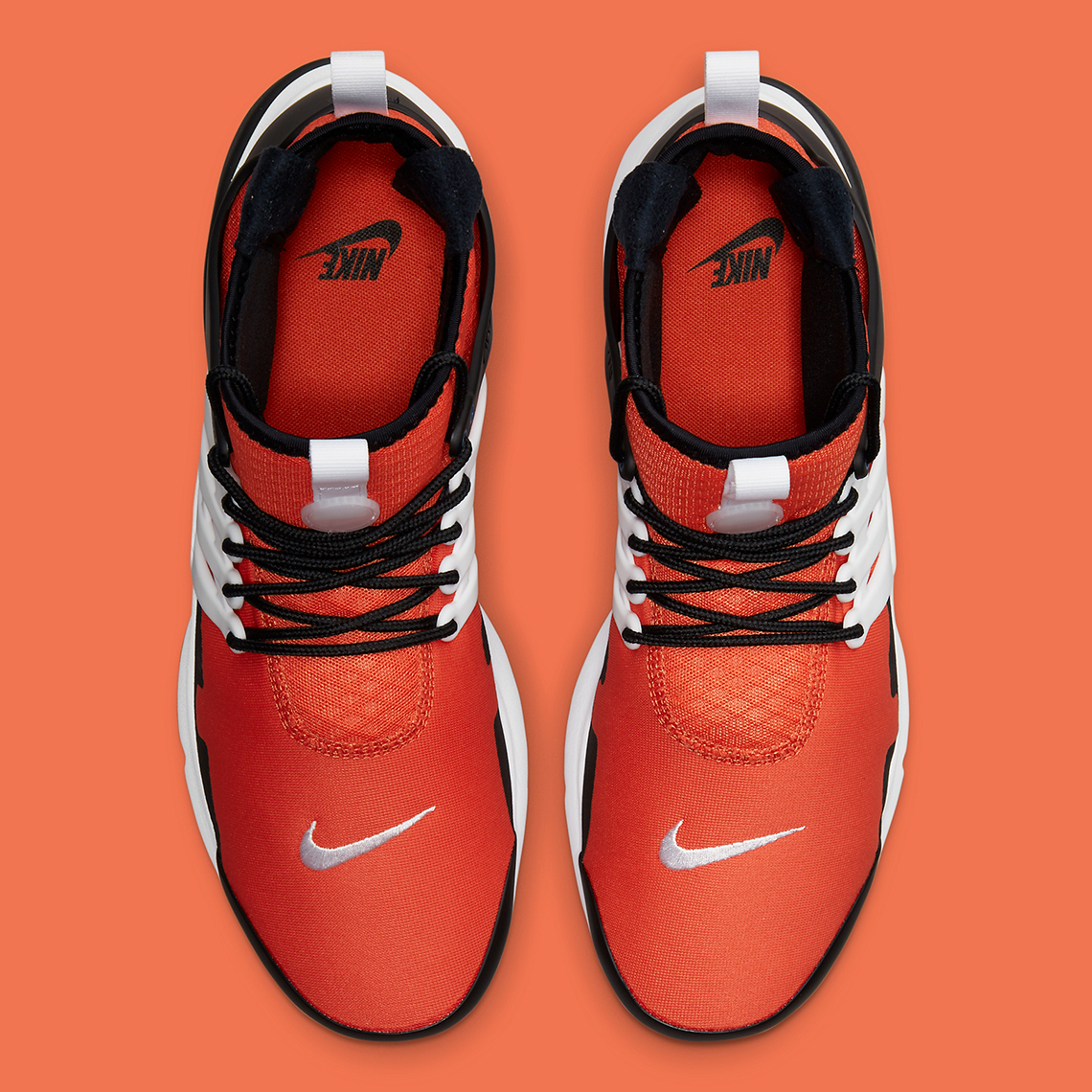 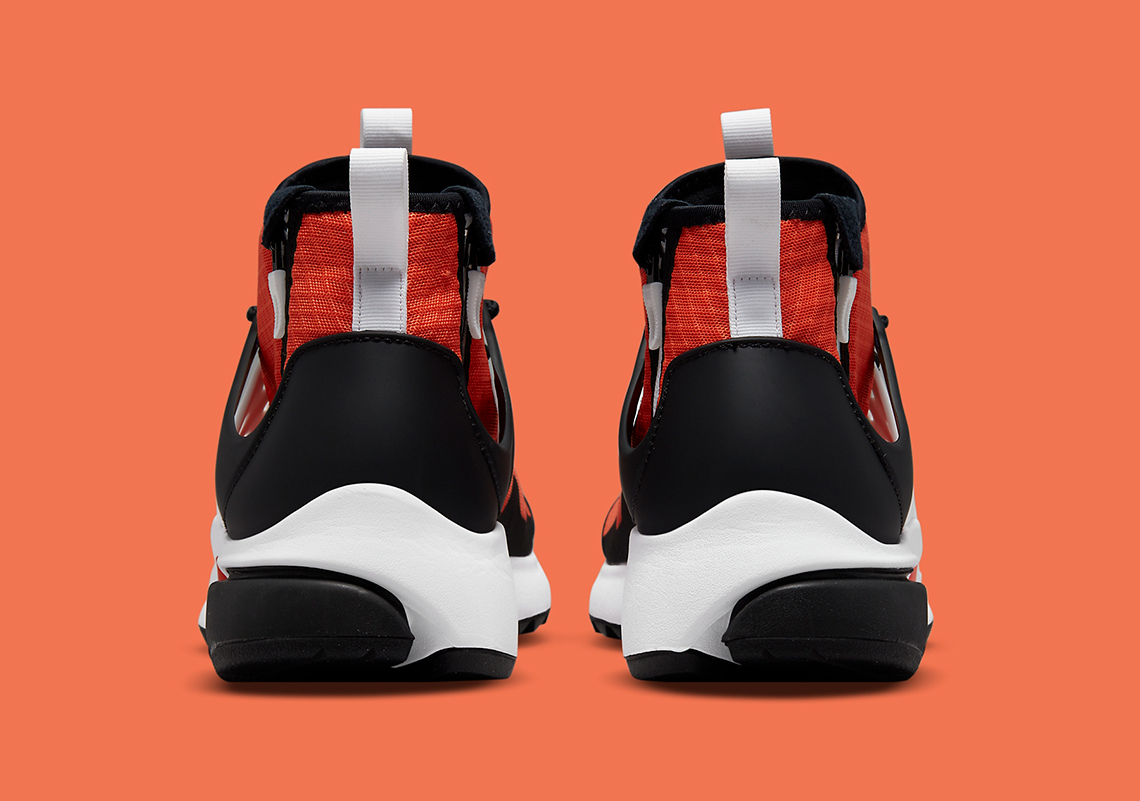 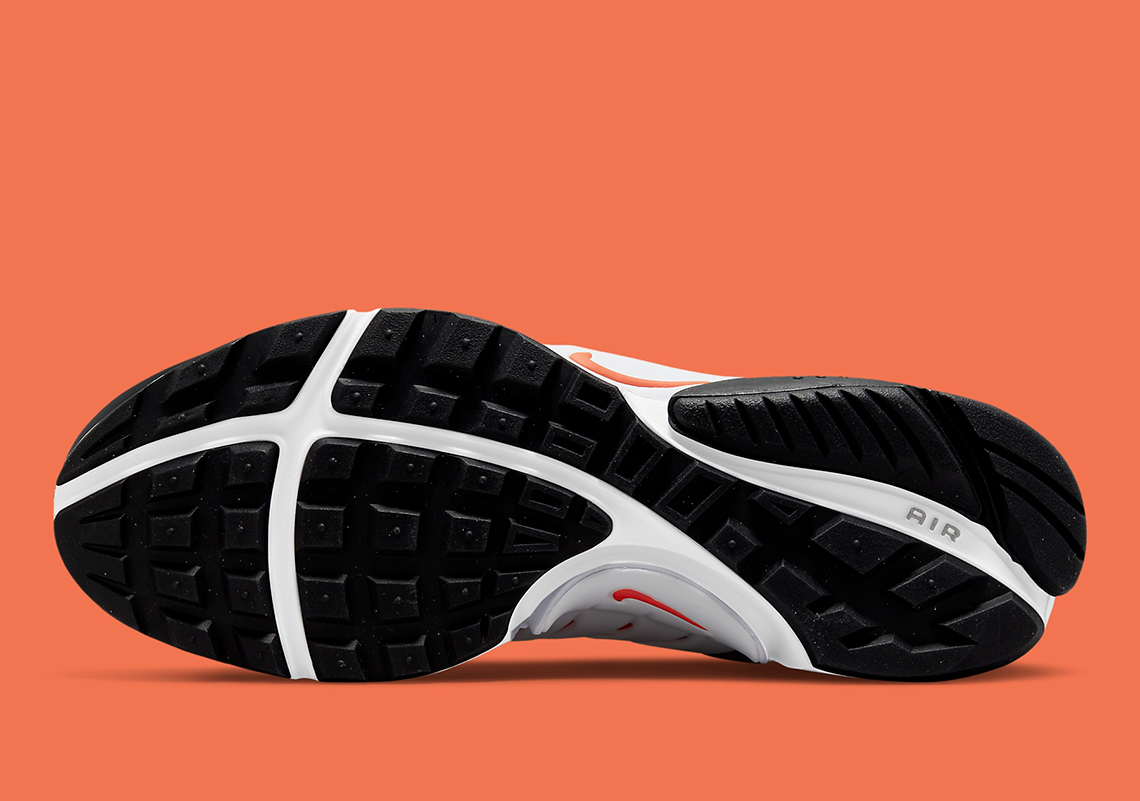 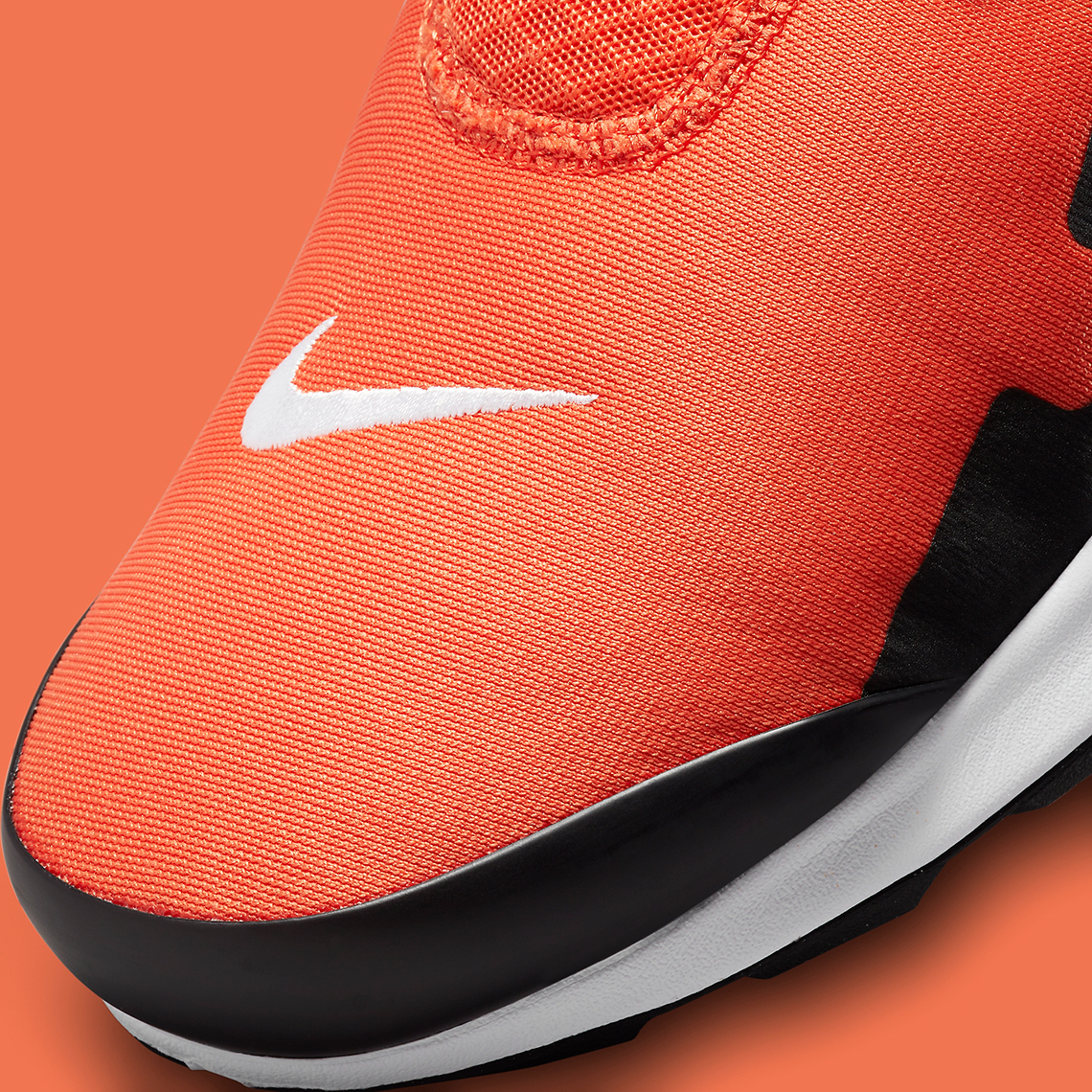 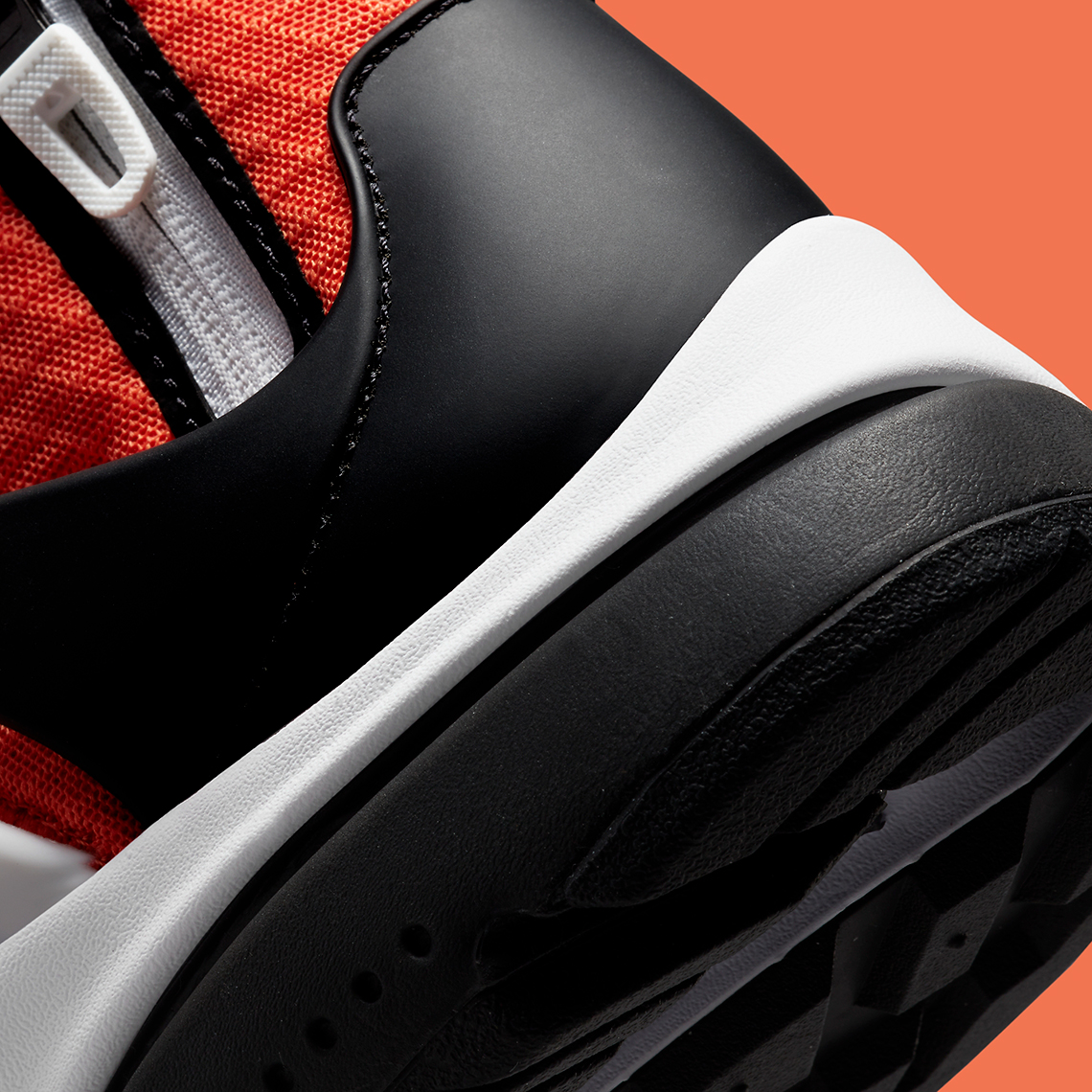