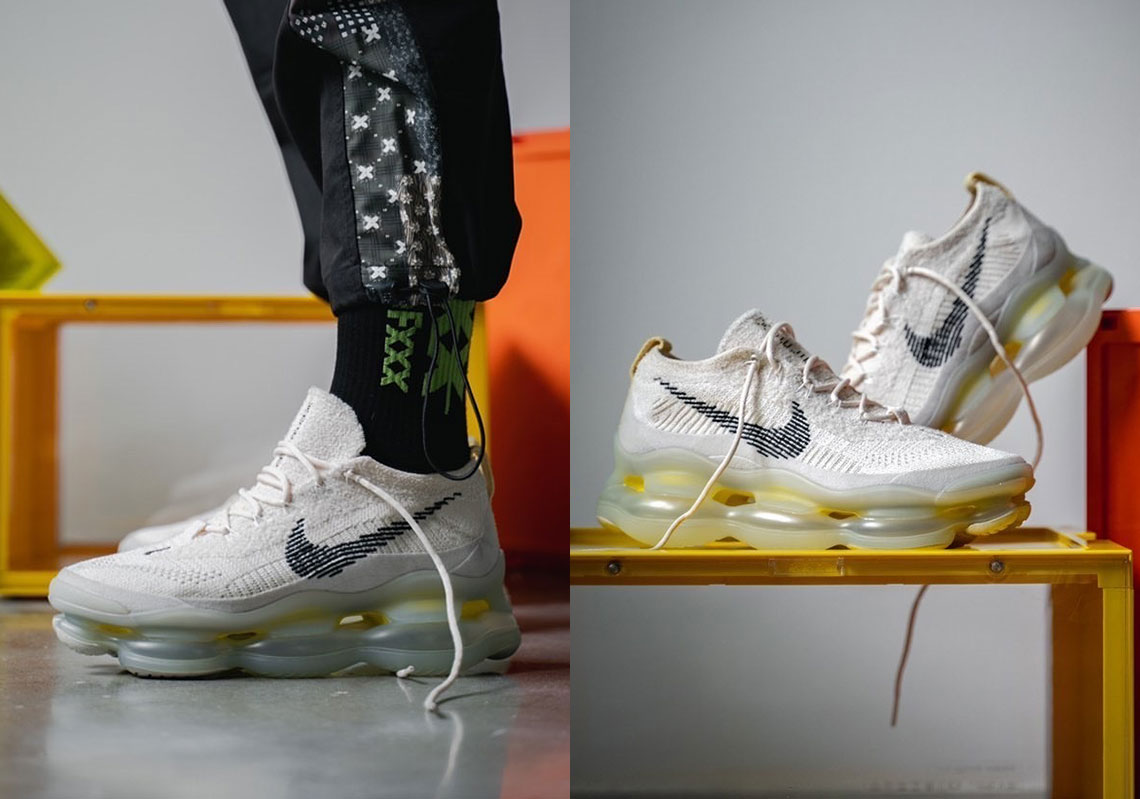 
Since the dawn of Air Max thirty-five years ago, Nike has chosen to be as disruptive and unruly as possible with its designs for the sole purpose of generating an over-abundance of attention on the somewhat gimmicky innovation. In that vein, Nike has yet to fail. Every flagship model in history has either pushed the envelope in terms of volume — like the massive heel unit on the Air Max 93 — or introduced either a newly tuned version of its prized cushioning, quite literally achieving that in 1998.

By 2003 the changes from one iteration to the next seemed far more subtle as the brand pivoted its concentration on alternative innovations such as Shox and Zoom; in 2008 they veered the ship in the direction of sustainably-manufactured foam such as Lunar, which would later set the foundation for other recycled foam materials. With much of consumer interest around Air Max focused on retro product, modern Air Max had taken a backseat, and it wasn’t until 2017’s VaporMax that Air was elevating the brand’s purpose.

Fast forward to 2022, and Nike once again catches our eye with a brand new iteration of Air Max. Called the Air Max Scorpion, this new model shares some of the VaporMax design cues as the unit appears to be completely free of any unnecessary encasings. The foot sits right above the Air Max midsole unit, which then sits above a rubber traction outsole that sees additional tread on the forefoot and heel. Above the cushioning unit is what appears to be a Flyknit-based upper, and much like the early Air VaporMax release, we suspect Nike will keep the initial colorways reserved as to not steal the spotlight from the newly unveiled cushion.

The Air Max Scorpion is clearly more of a lifestyle proposition than a performance one, although it’s likely that the brand will implement some of its findings to running, basketball, and other athletic gear.

Nike has yet to make an official announcement on the Air Max Scorpion; for now, see the detailed look below.

In other AM news, check out the latest on the Air Max 1. 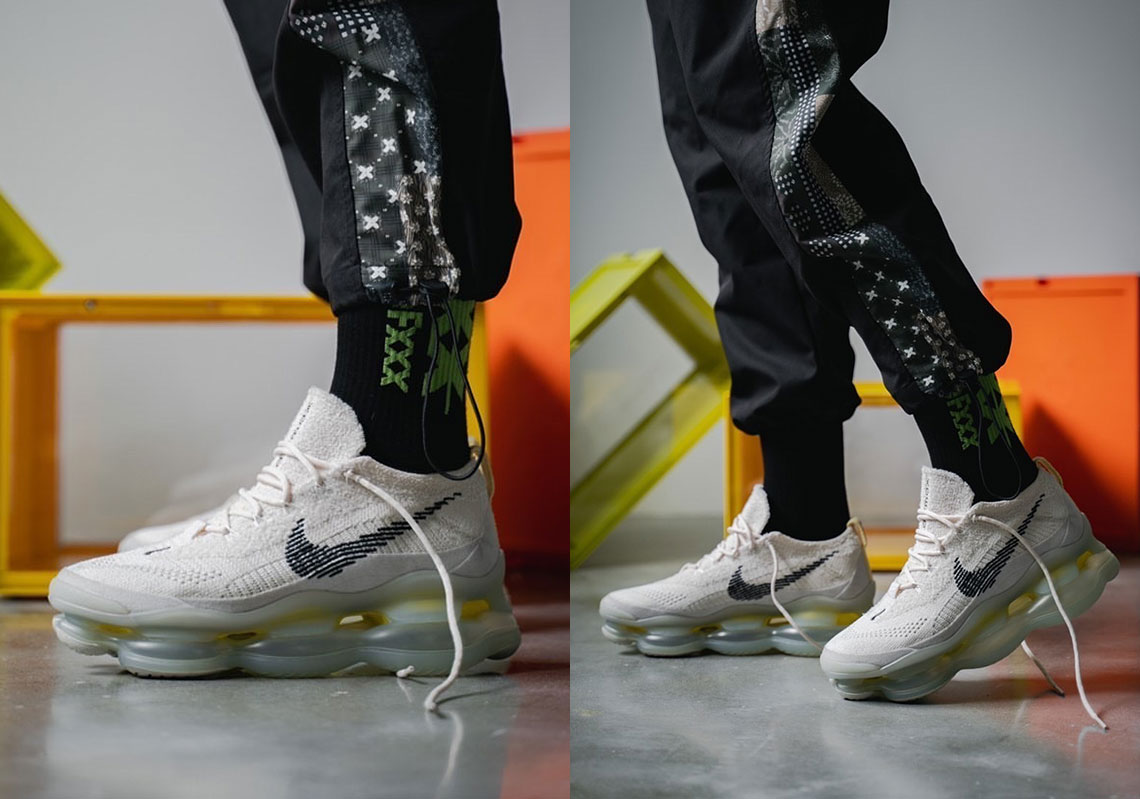 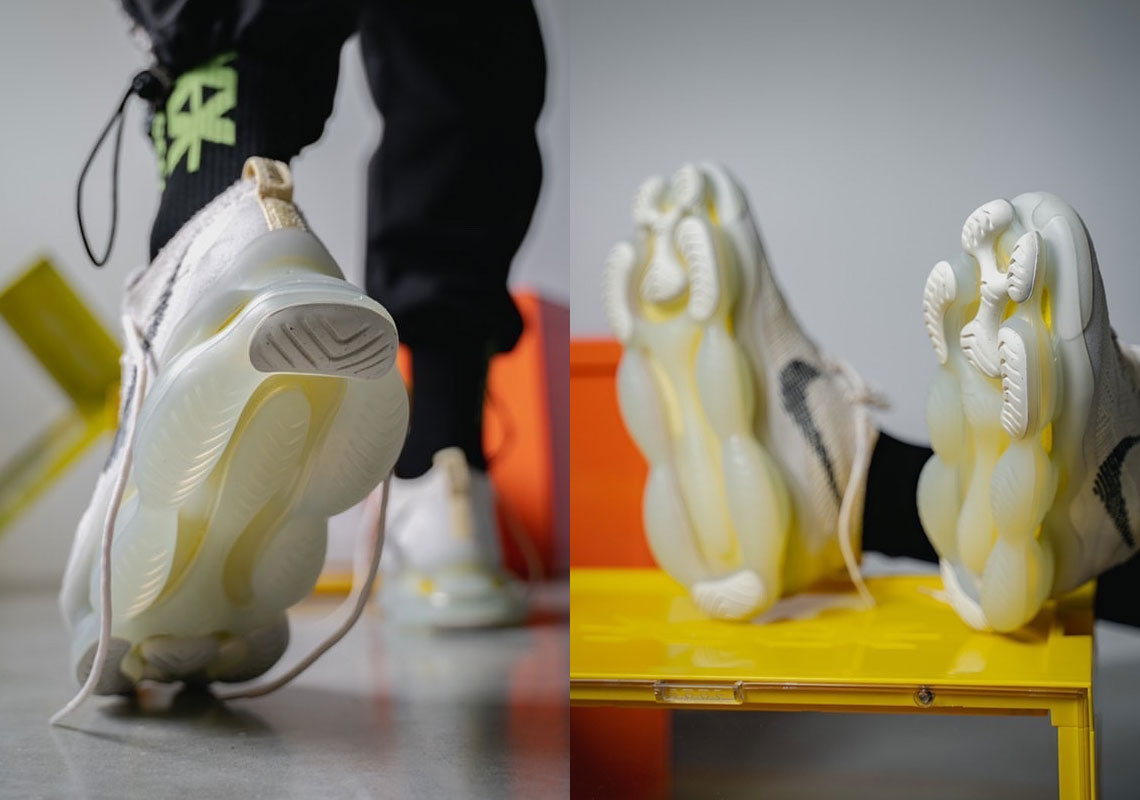 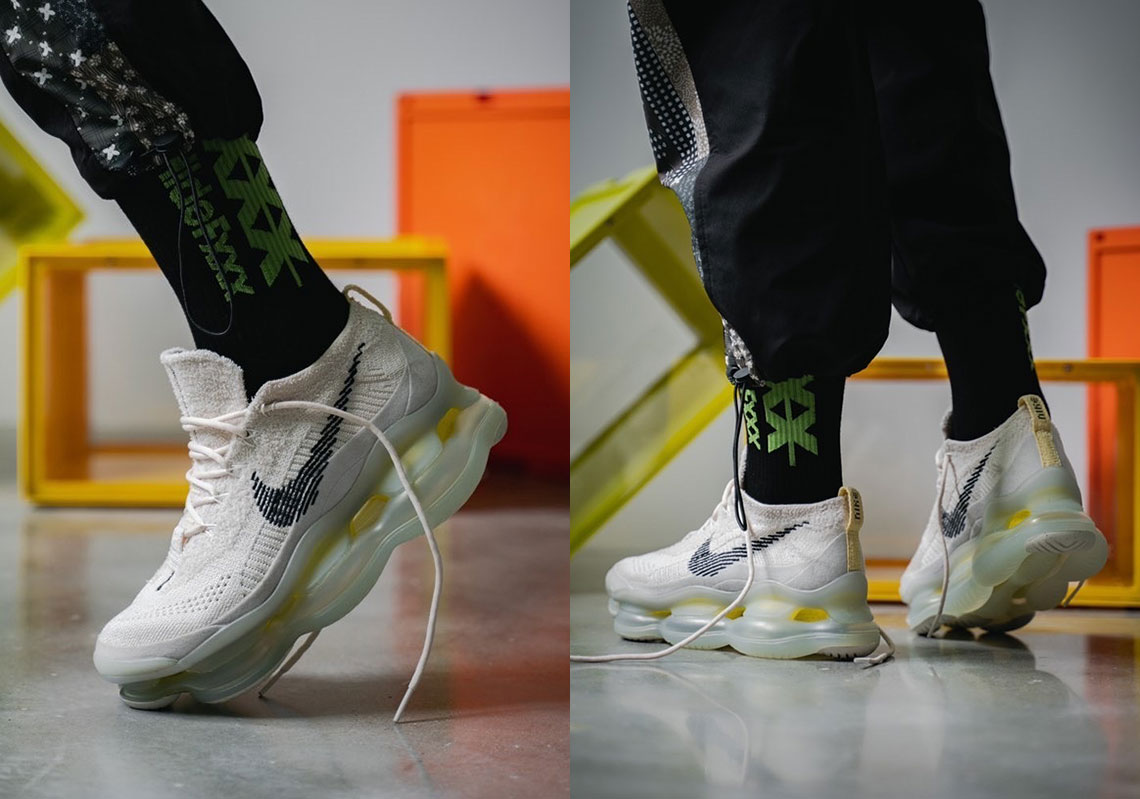 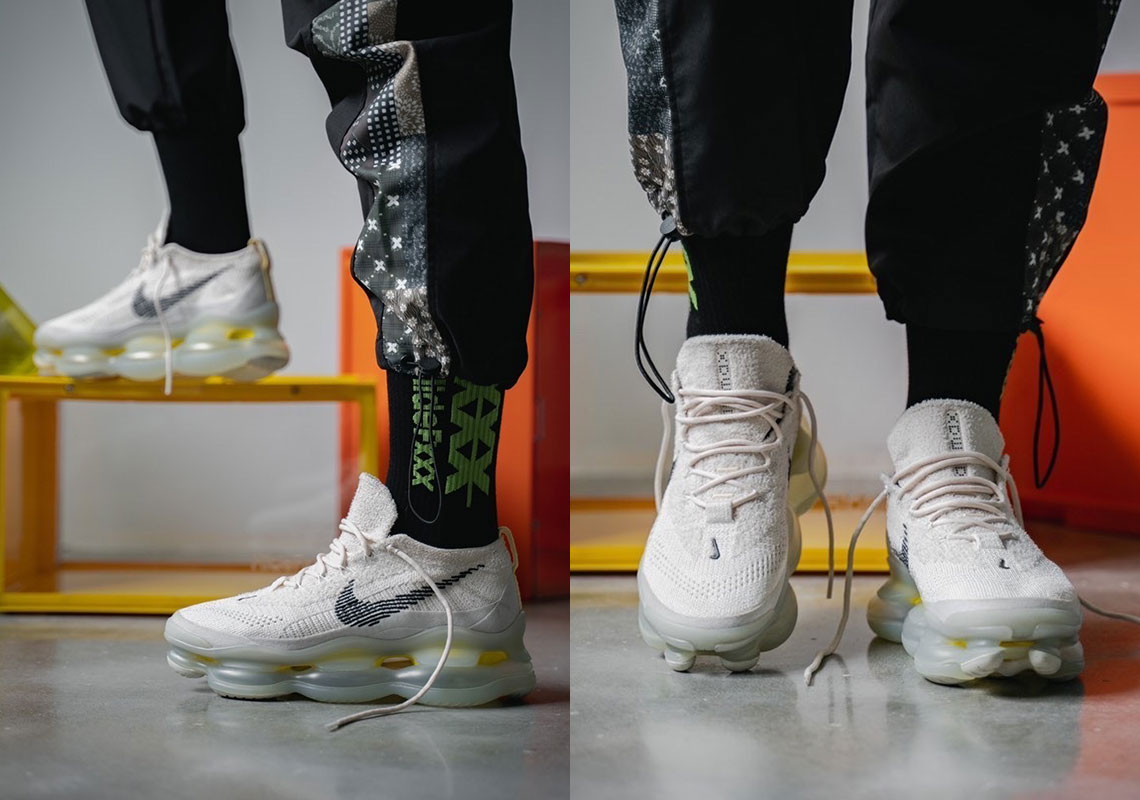 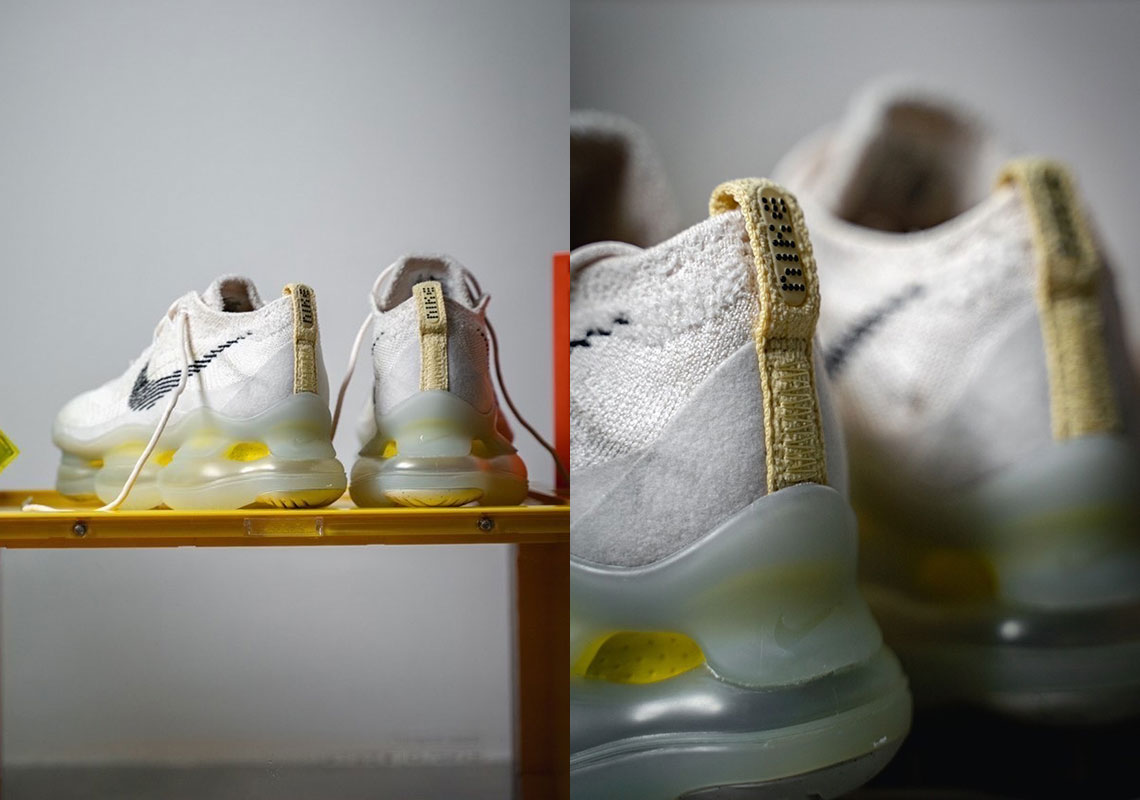 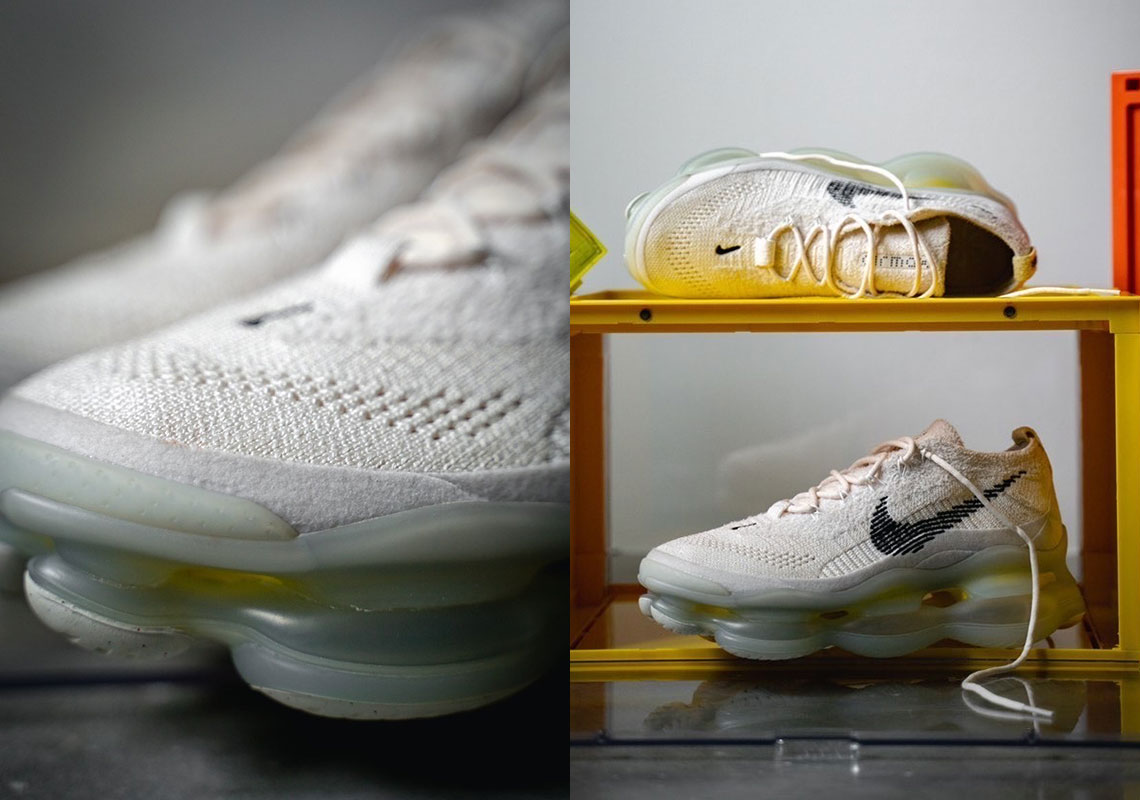 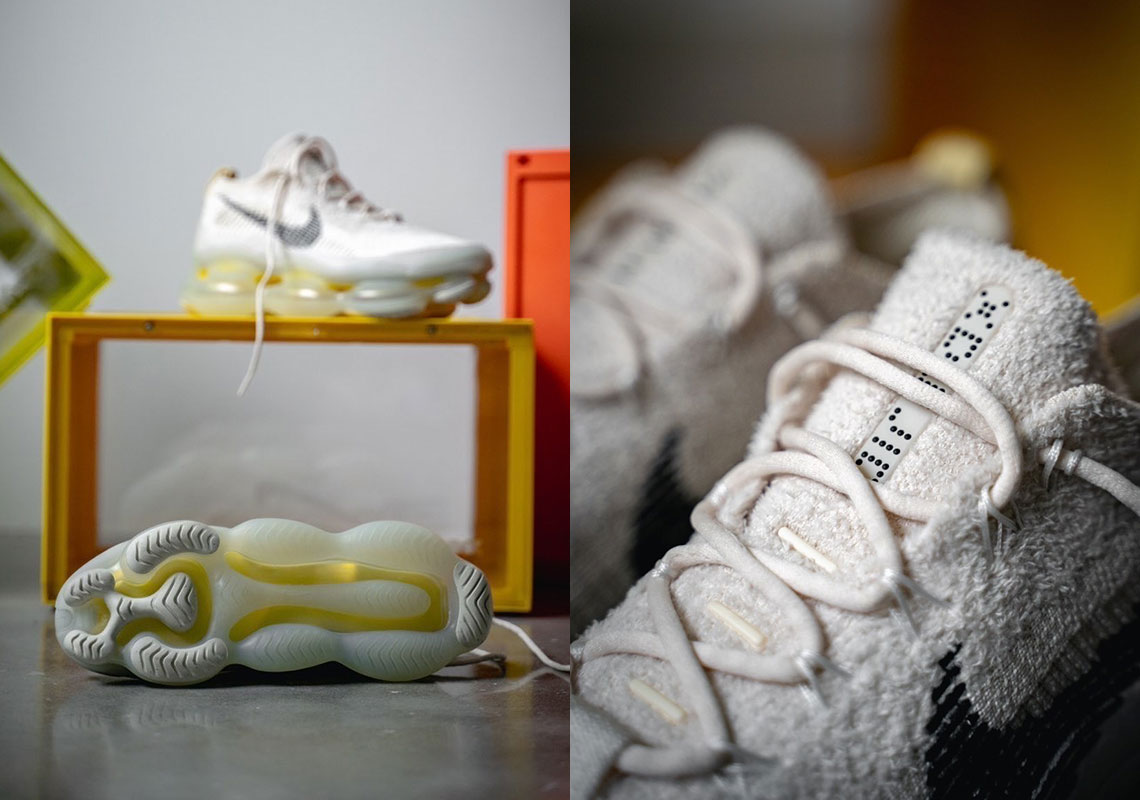