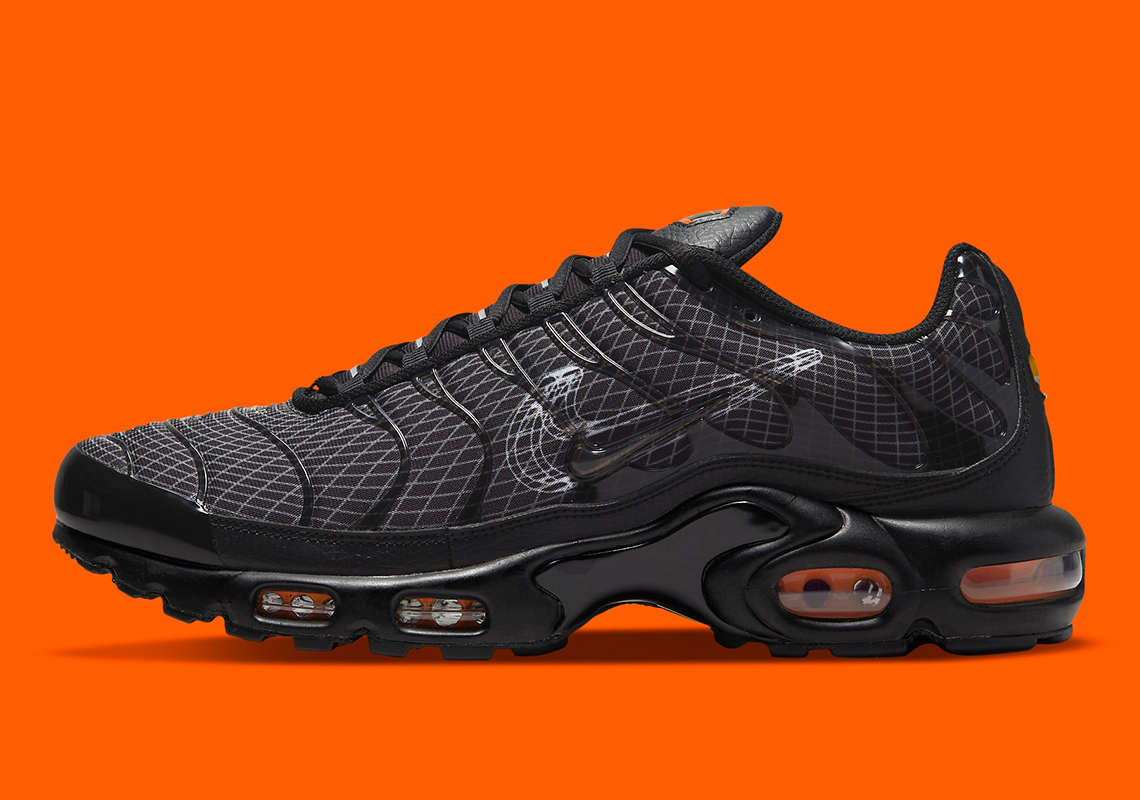 
Away from high-profile collaborations, NIKE, Inc. is constantly experimenting with some of the most iconic silhouettes in its roster. Recently, the Nike Air Max Plus appeared in a muted colorway accompanied by statement-making details.

Having debuted in 1998 as a Foot Locker-exclusive, the aforementioned model introduced Tuned Air-cushioning to the world. While the solution hasn’t experienced the same degree of popularity as standard Air Max technology, it boasts a cult-like following in the United Kingdom and Australia, and are commonly referred to as “T.N.”s. Although inherently bold, the sneaker’s latest iteration opts for a near-tonal black arrangement, which allows the orange that takes over the visible Airbags across the midsole to revel in the spotlight. Blueprint-reminiscent graphics throughout the upper also draw attention with both their contrasting grey tone and non-standard, “deconstructed” nature. The North American brand hasn’t disclosed whether or not this offering is part of a bigger collection, but other Nike Sportswear designs have appeared with similar accents throughout 2021.

An official release date hasn’t been confirmed, but this pair is likely to land on Nike.com soon. In the meantime, enjoy images of the shoes ahead.

For more swoosh-branded sneakers, check out the LeBron 19, which debuted in the “Space Jam: A New Legacy” film over the summer. 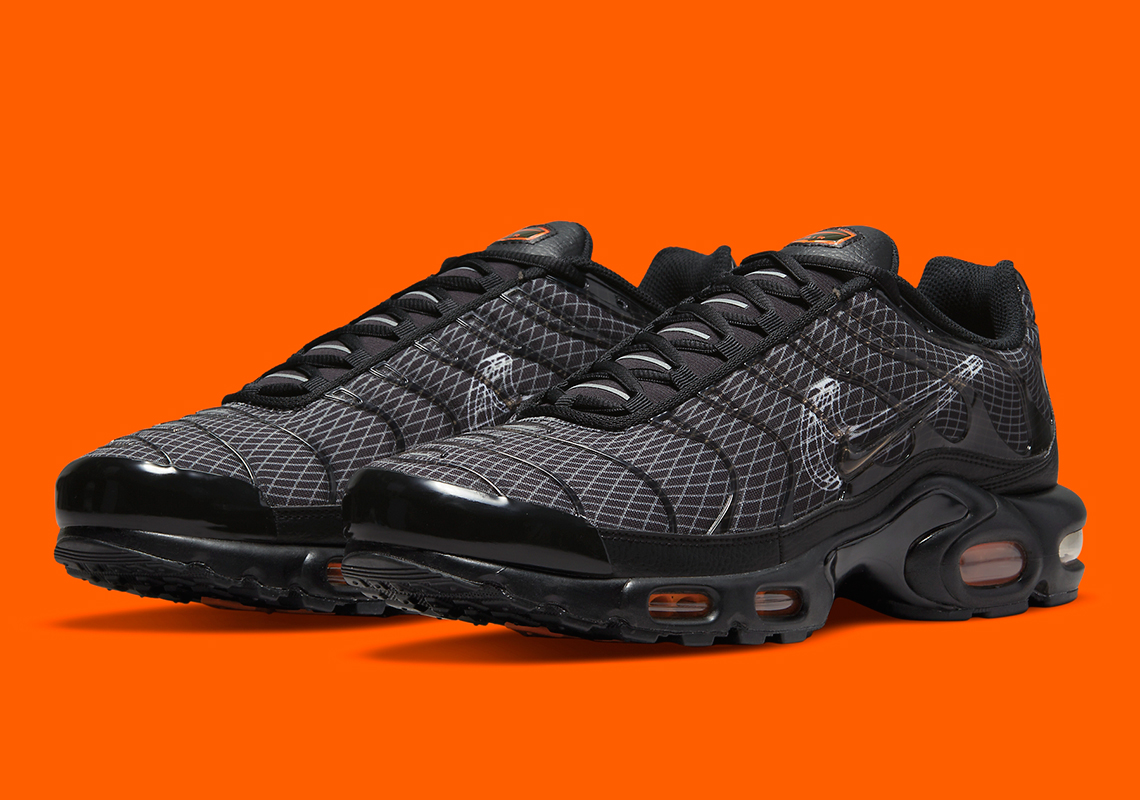 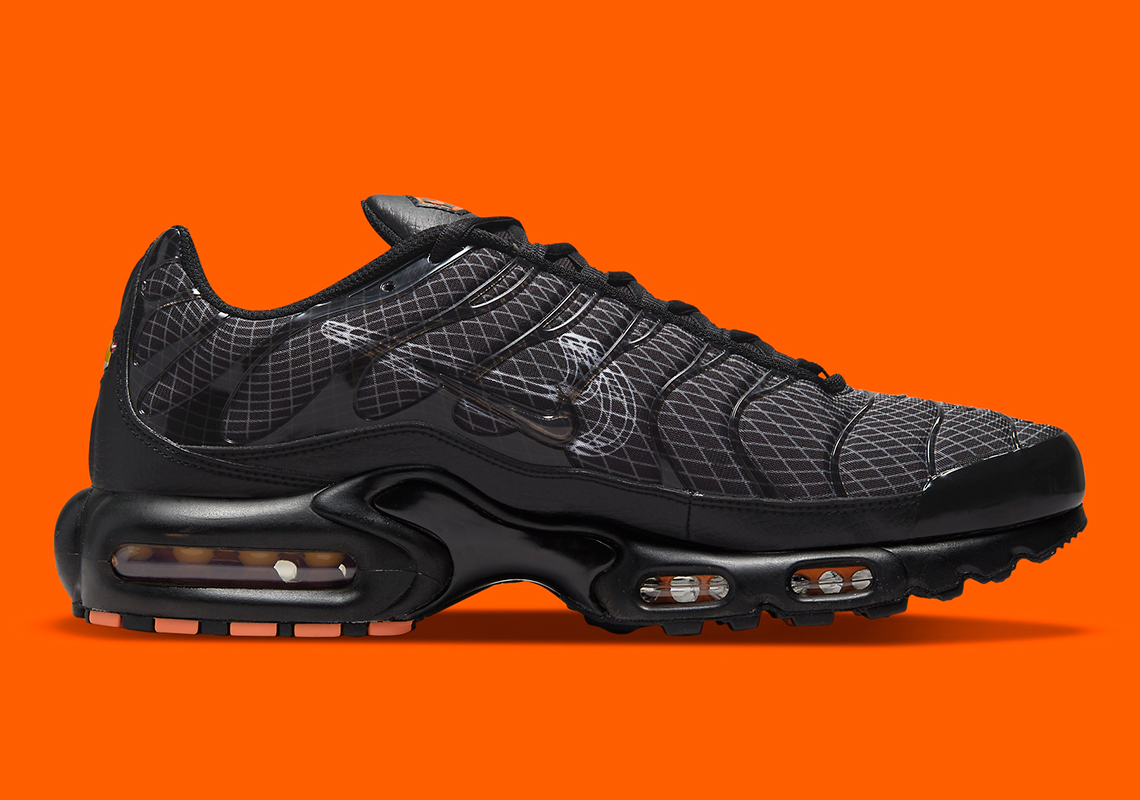 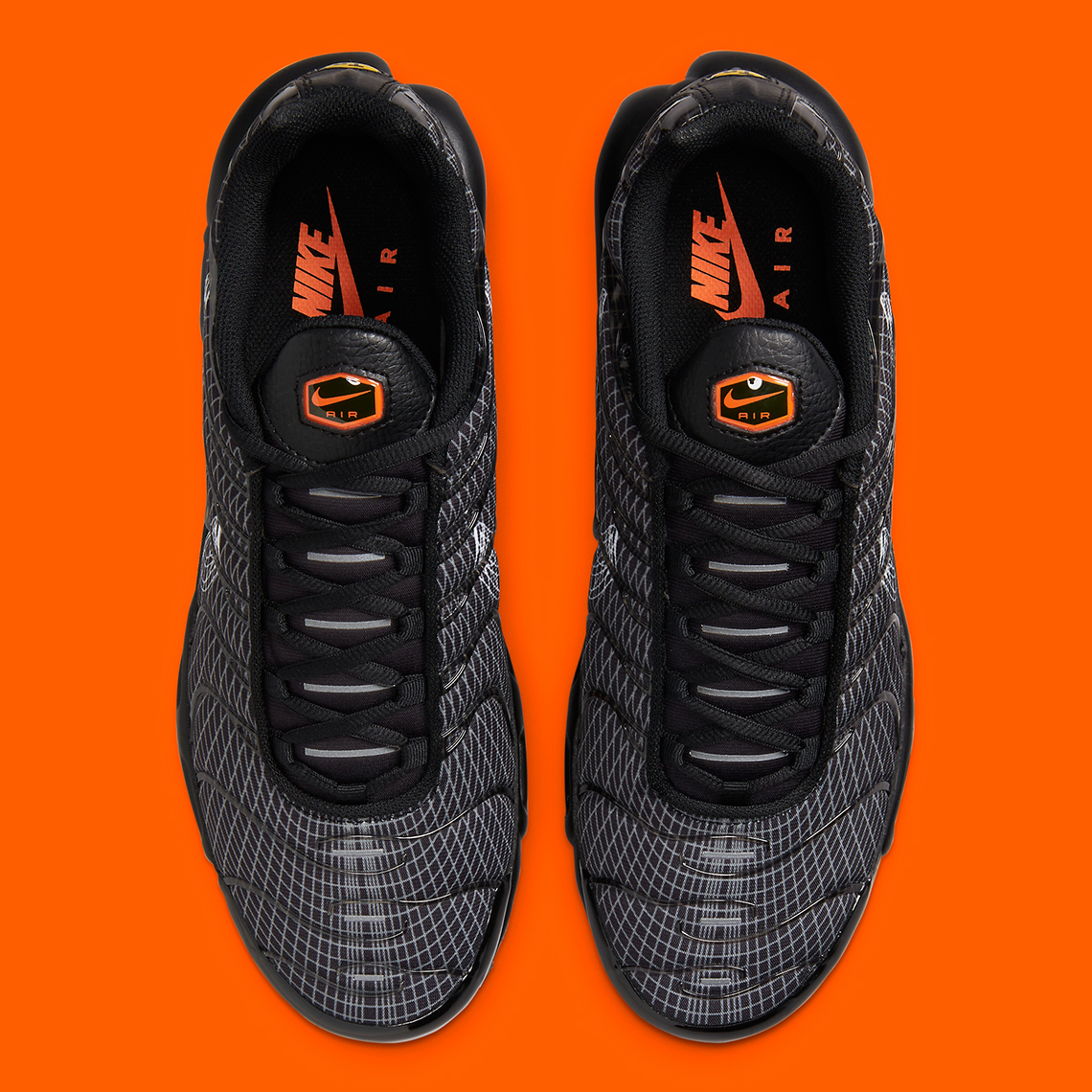 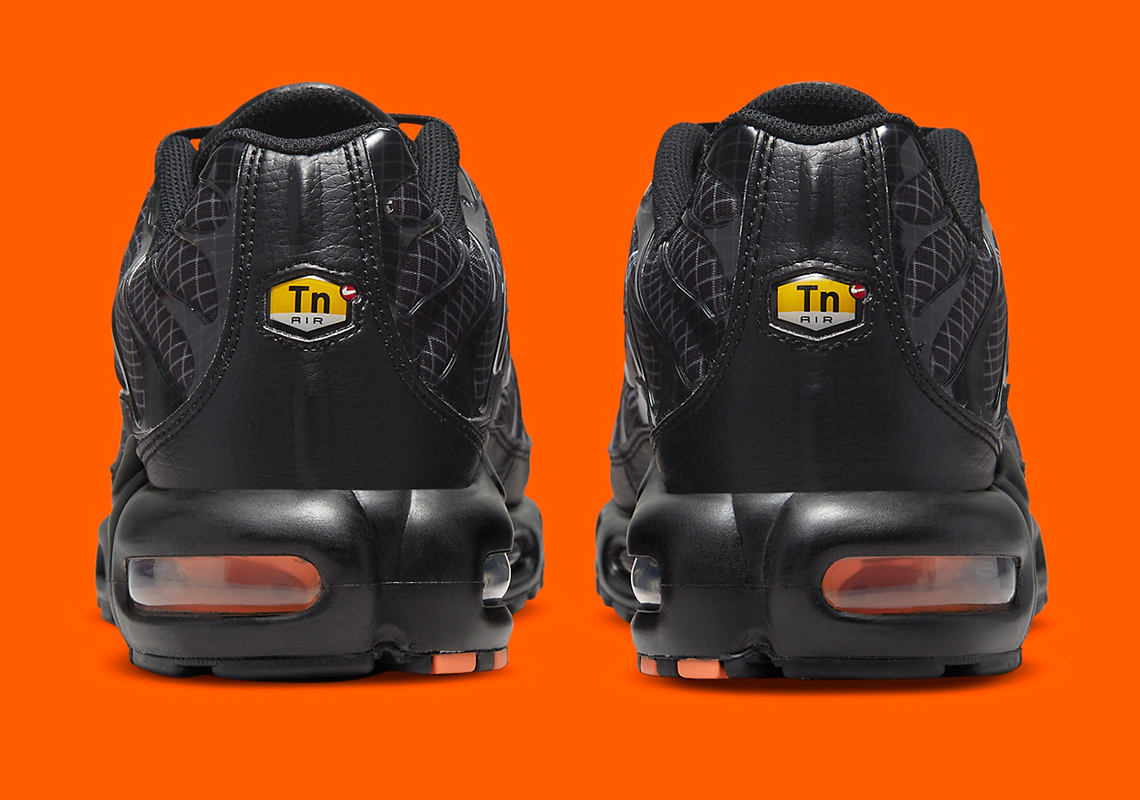 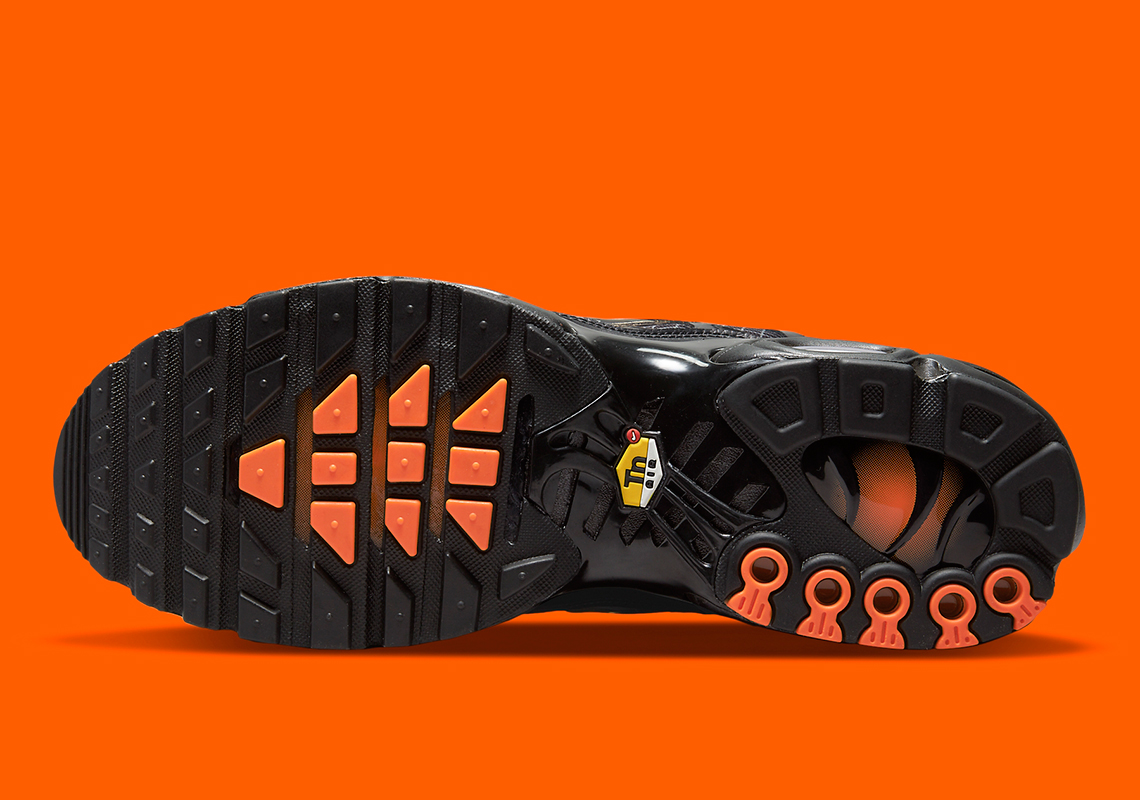 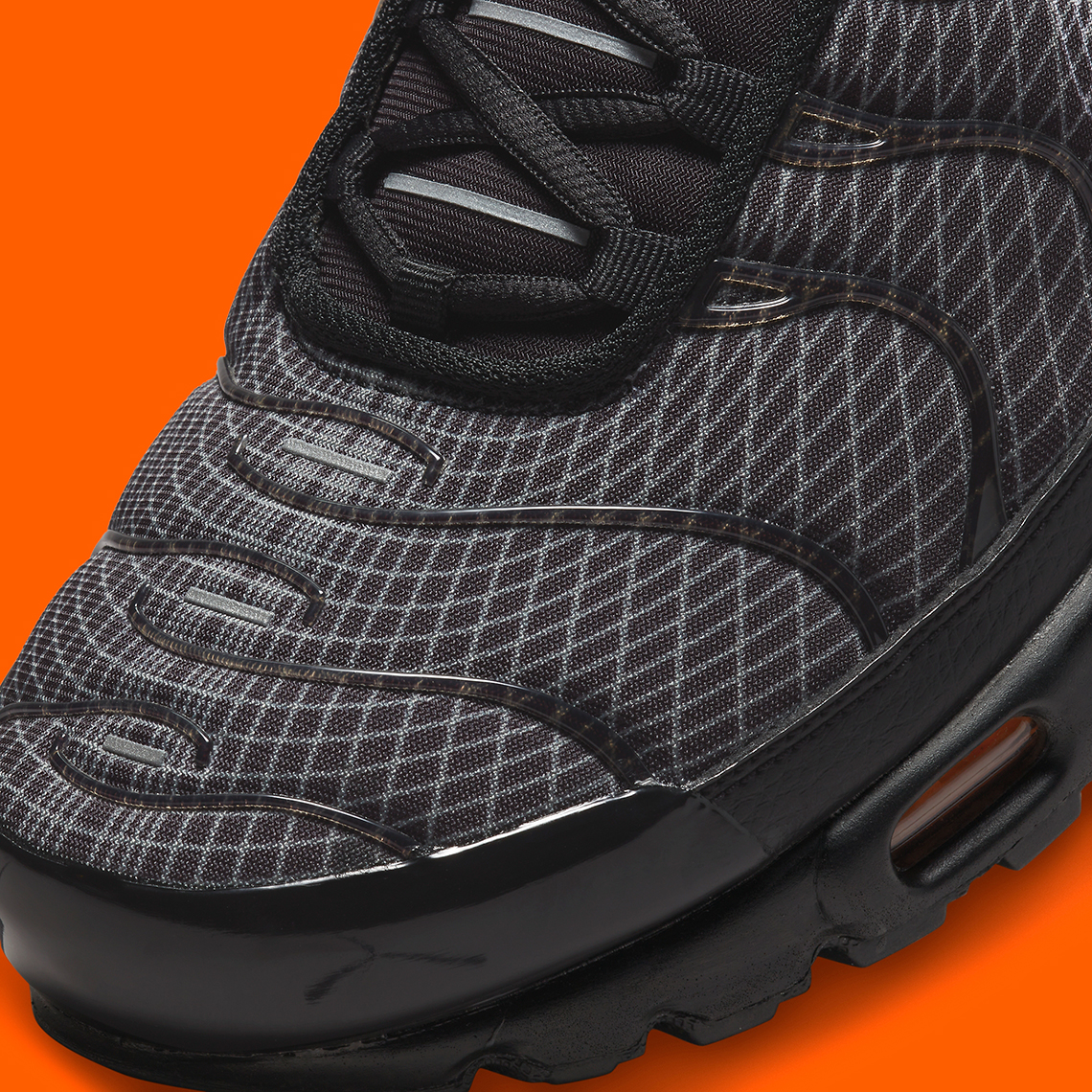 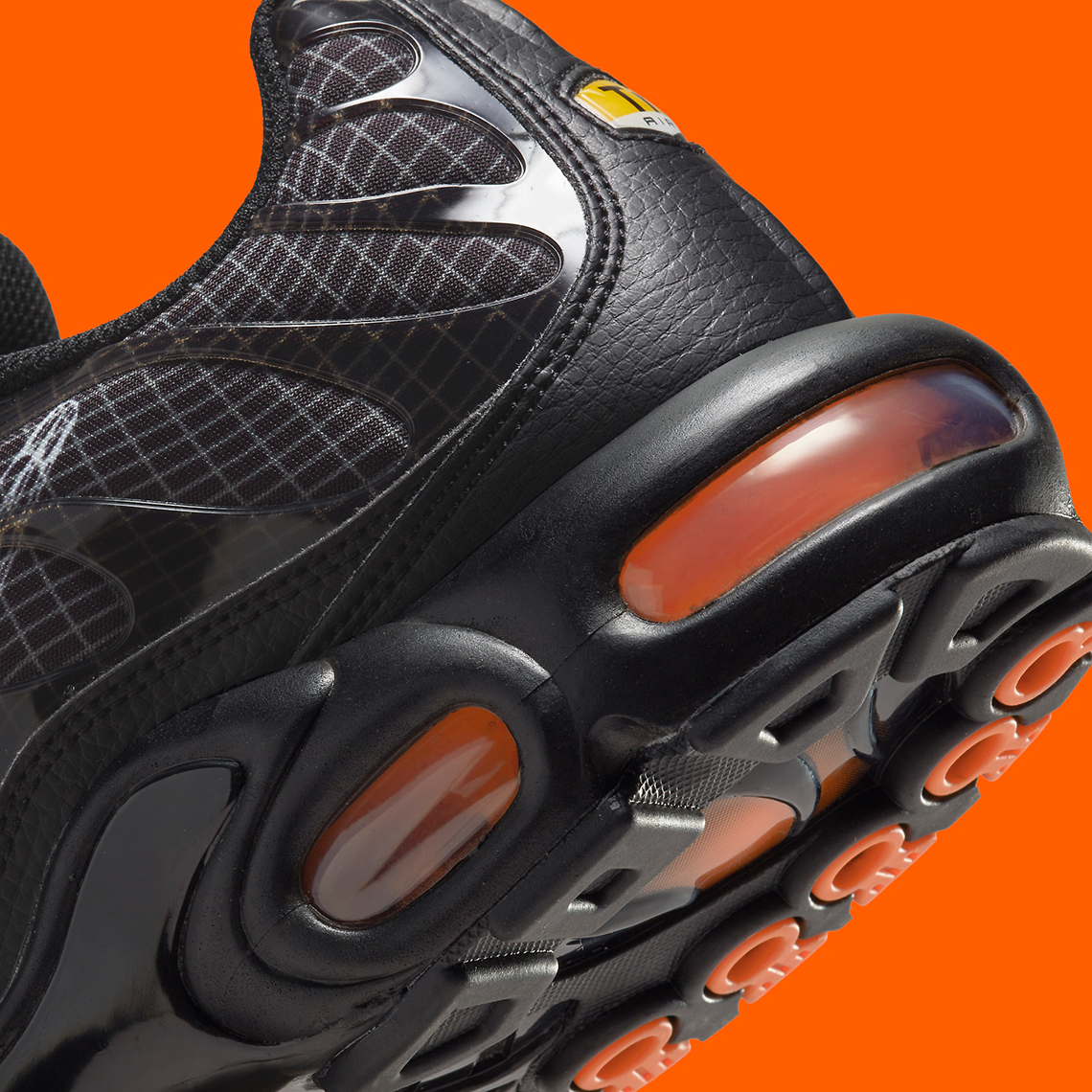