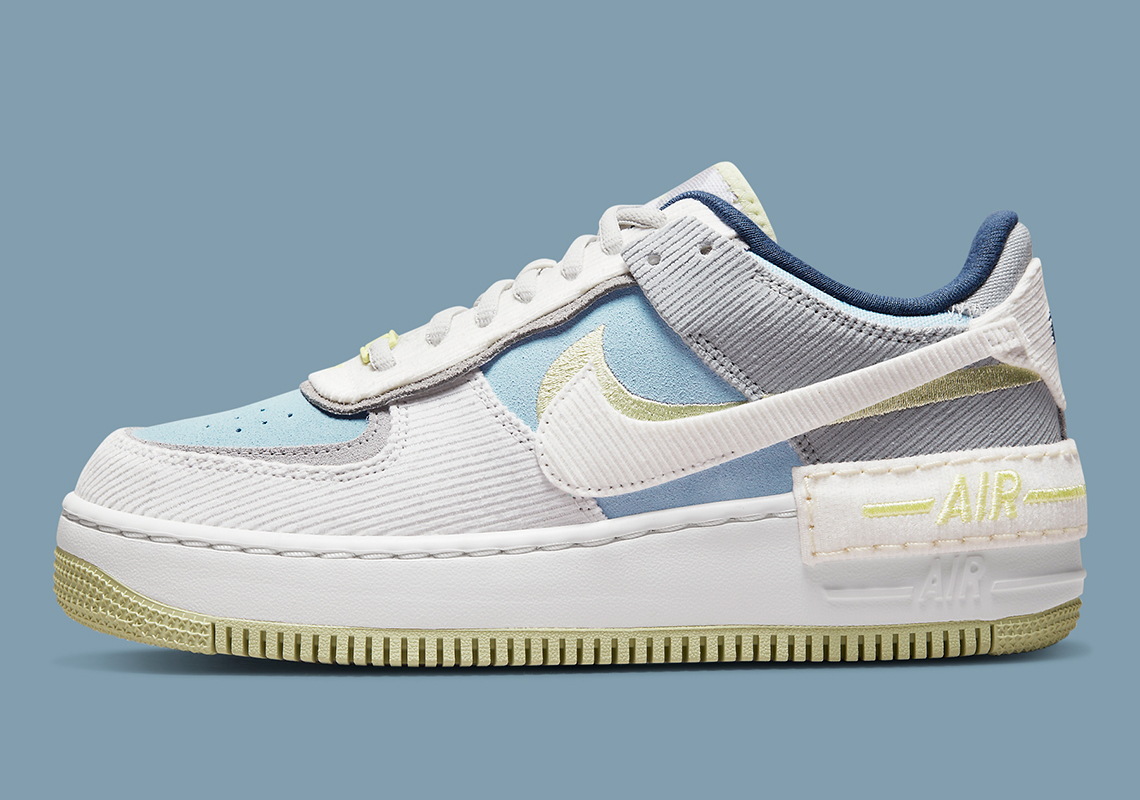 
As the Nike Air Force 1‘s 40th anniversary celebration gets underway, the brand hasn’t lost sight on the silhouette’s experimental iterations. Case in point?: Another release of the women’s-exclusive Shadow variant in an “On The Bright Side” theme.

Consisting of other Nike Sportswear classics like the Dunk Low, the “On The Bright Side” collection employs a light greyscale arrangement complemented by varying shades of blue and green. The Air Force 1 Shadow, however, differentiates itself from similarly-colored pairs with its use of suede and corduroy panels across the entirety of its upper. The updated sole unit also indulges in both non-standard fabrics and color schemes, which further deviate the sneaker from Bruce Kilgore’s original design. The capsule’s name rounds out the ensemble by appearing on the right shoe’s sock-liner in a playful “handwritten” style.

Enjoy detailed photos of the pair here below, and expect a Nike.com launch as summer inches closer. 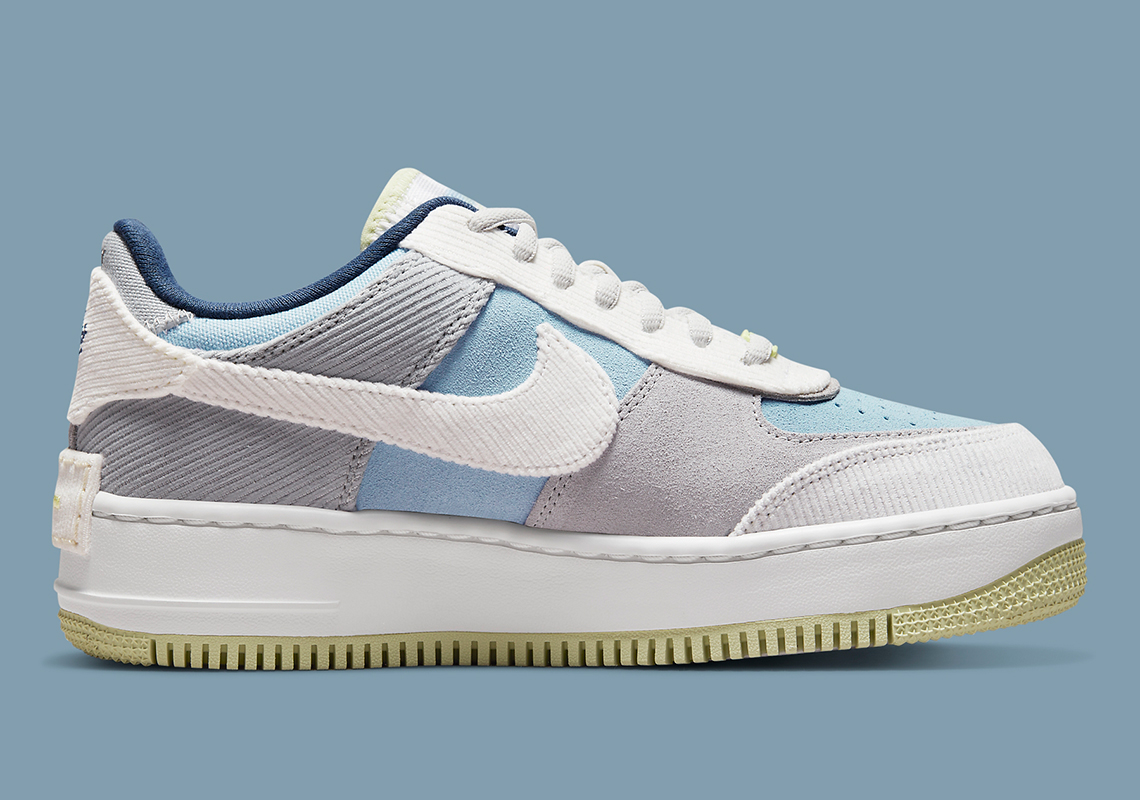 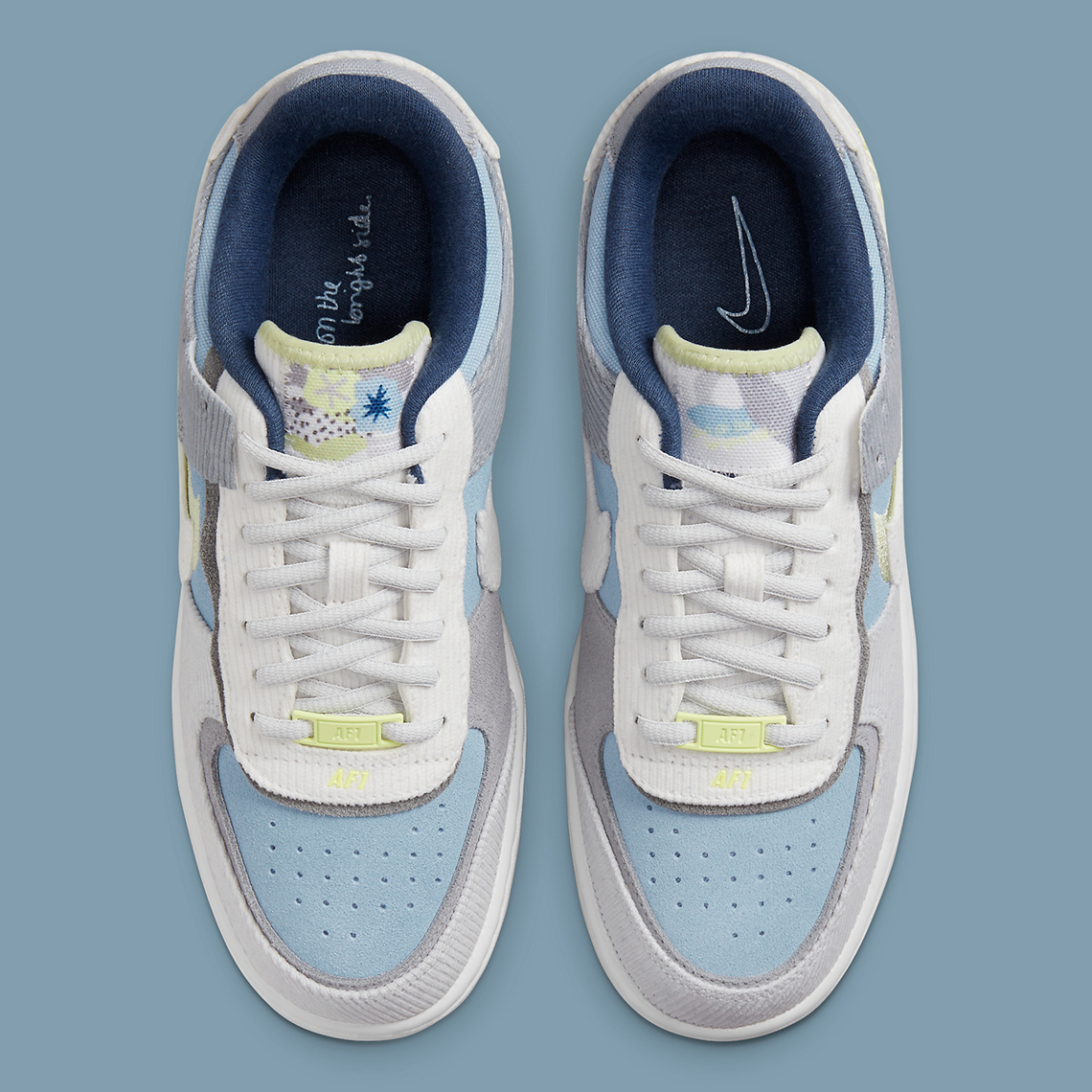 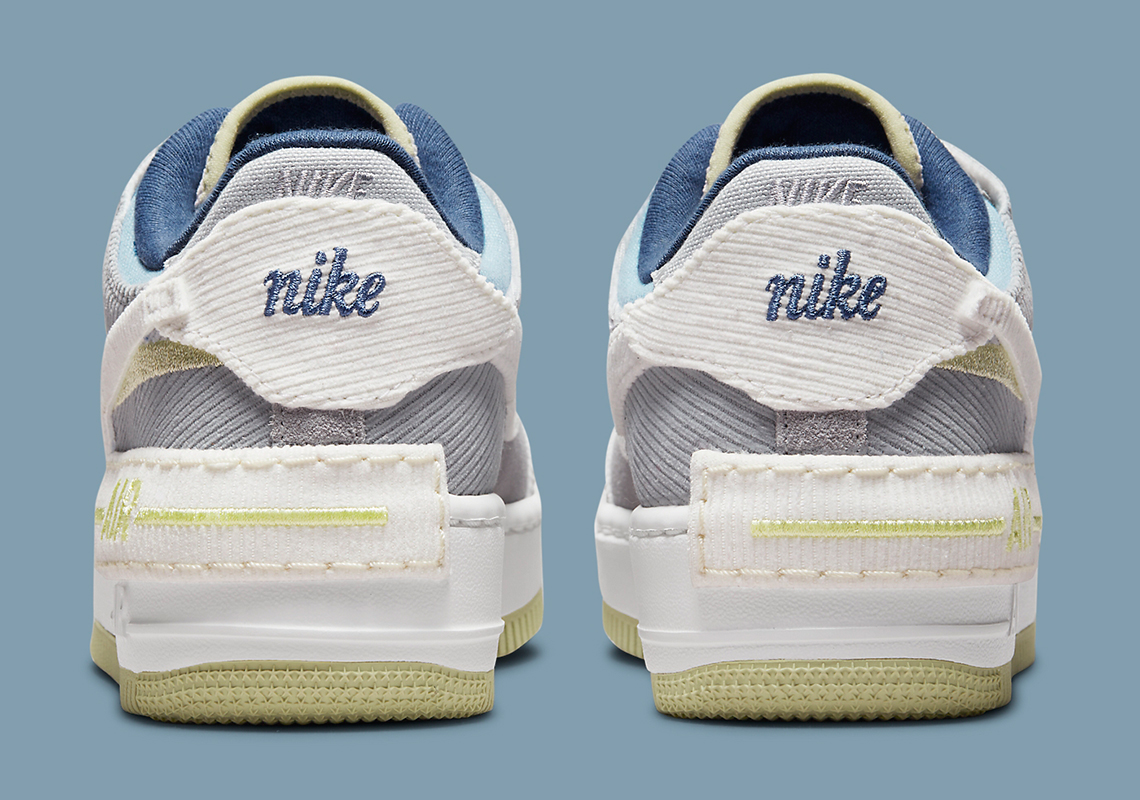 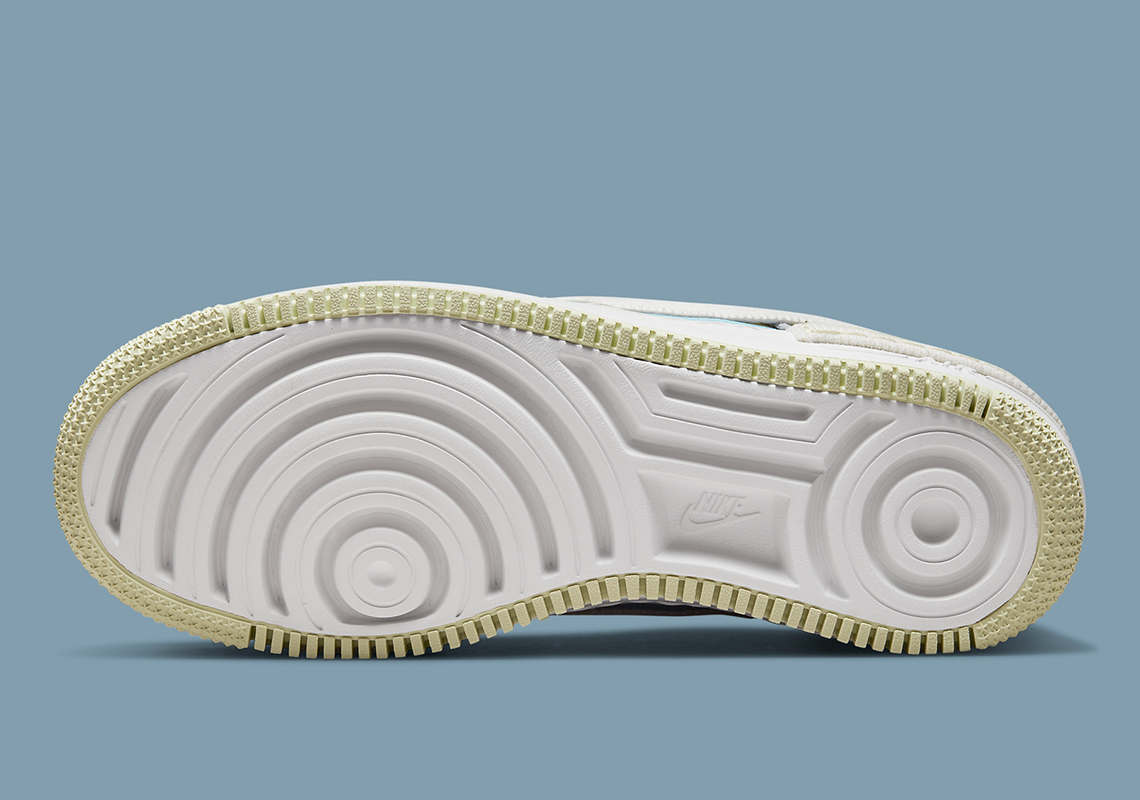 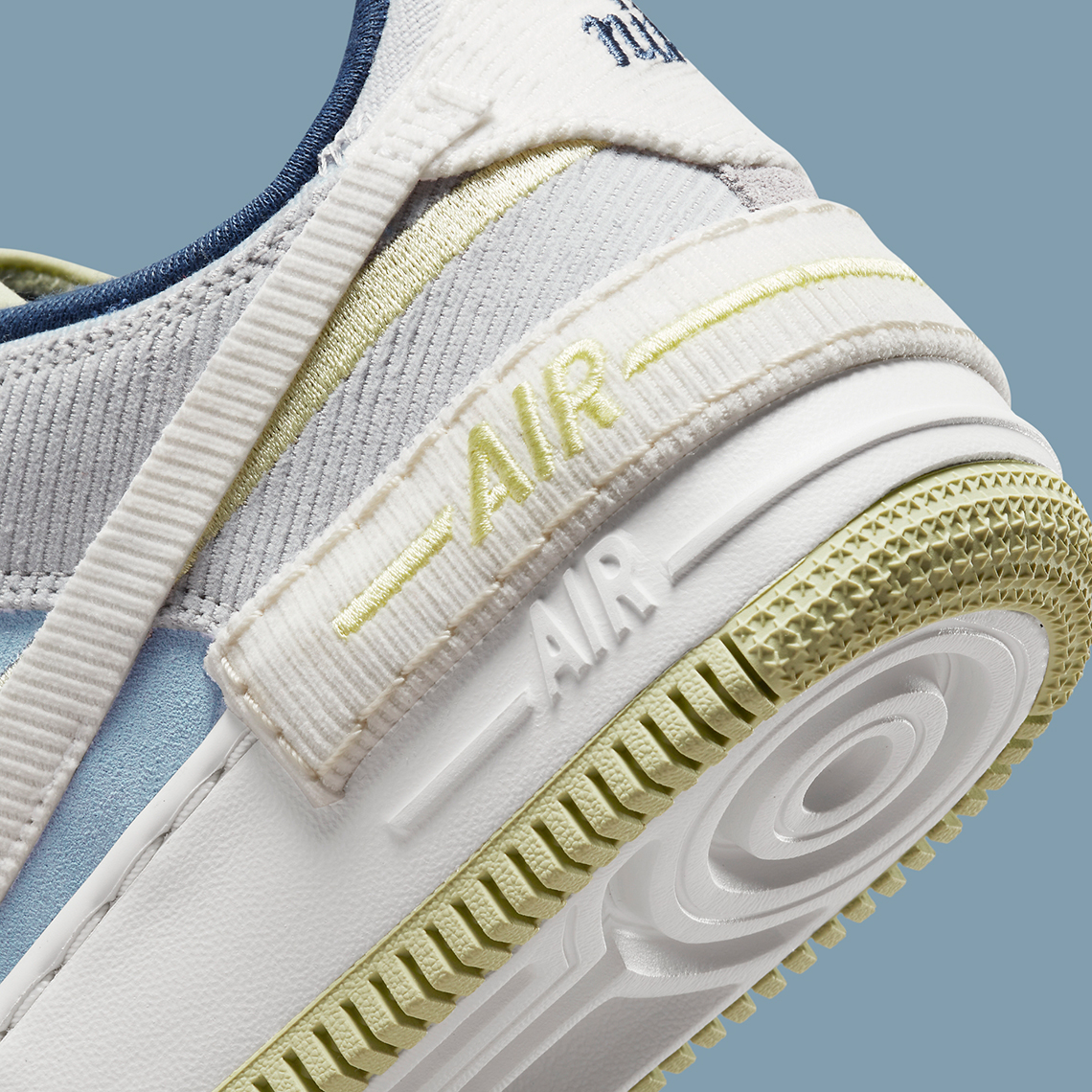 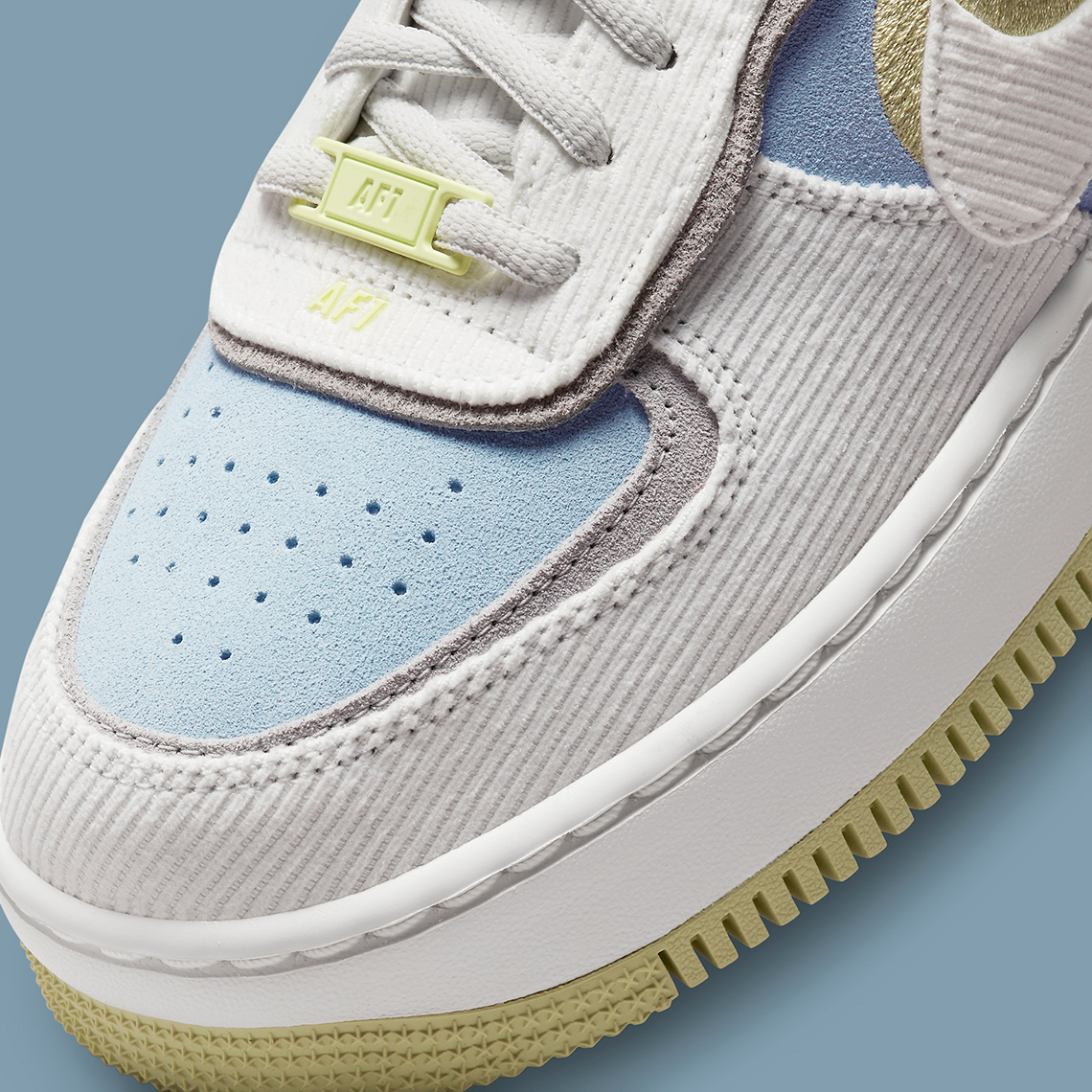