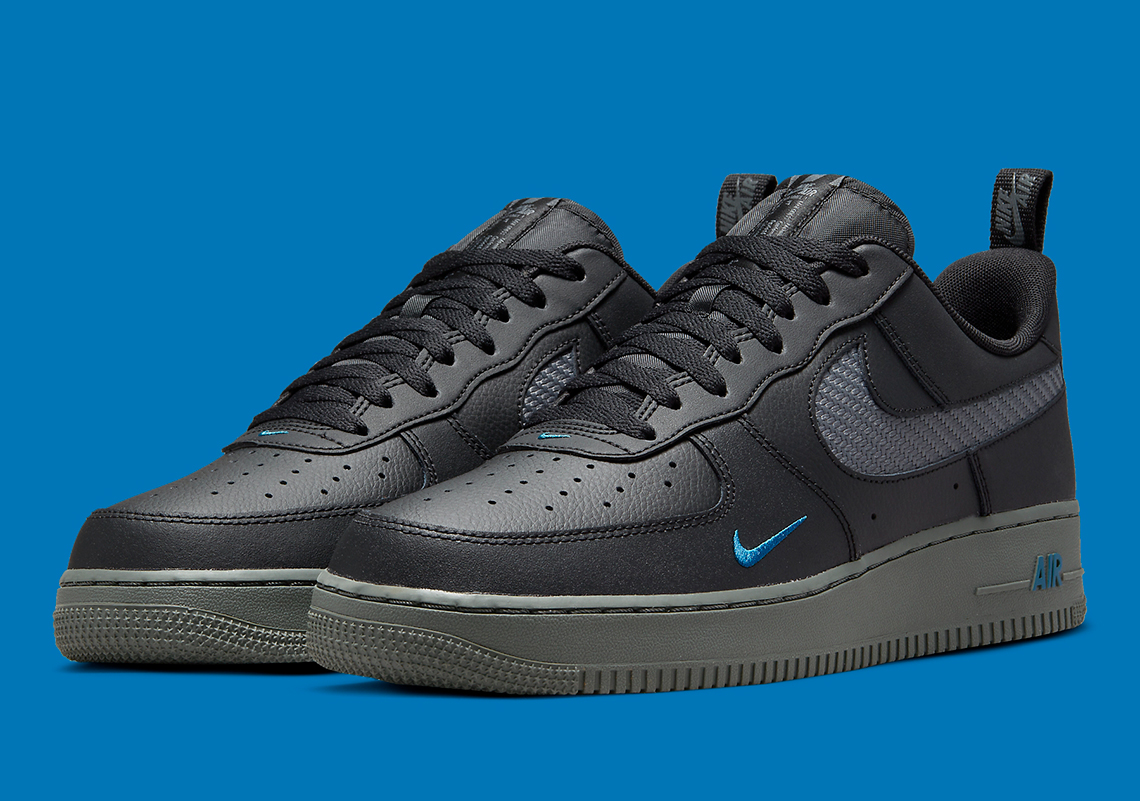 
During the Fall of last year, Nike experimented quite a bit with the Air Force 1, likely testing a few ideas in anticipation for the silhouette’s 40th anniversary. And in October, specifically, the brand carved into the Swoosh, completely altering one of the shoe’s core elements; here, said design returns once again, albeit with a few tweaks to the overall construction.

First of all, the shoe itself is partially reverted back to its most original state. But even though the additional overlays along the toe are removed, the embroidered checks, modified tongue, and pull tab remain intact. All of the above, save for the blue of the miniature logos, are dressed in a dark black colorway, complementing the grey finish of the midsole as well as the side Swoosh’s carbon fiber reminiscent weave.

Enjoy a close-up look at this upcoming Nike Air Force 1 right here. Sizes are likely on the way to both Nike.com and select retailers, so keep it locked in right here for further updates as they arrive.

In other news Nike news, the LeBron 9 Big Bang is dropping this weekend for All-Star. 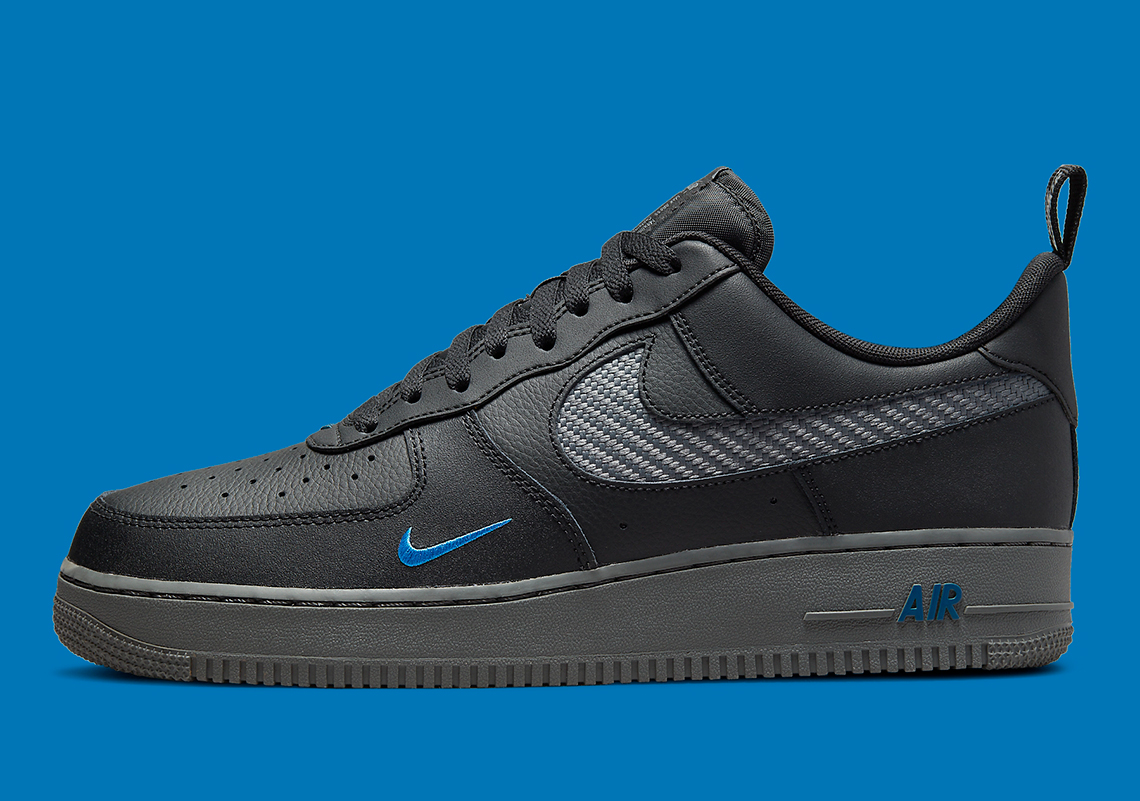 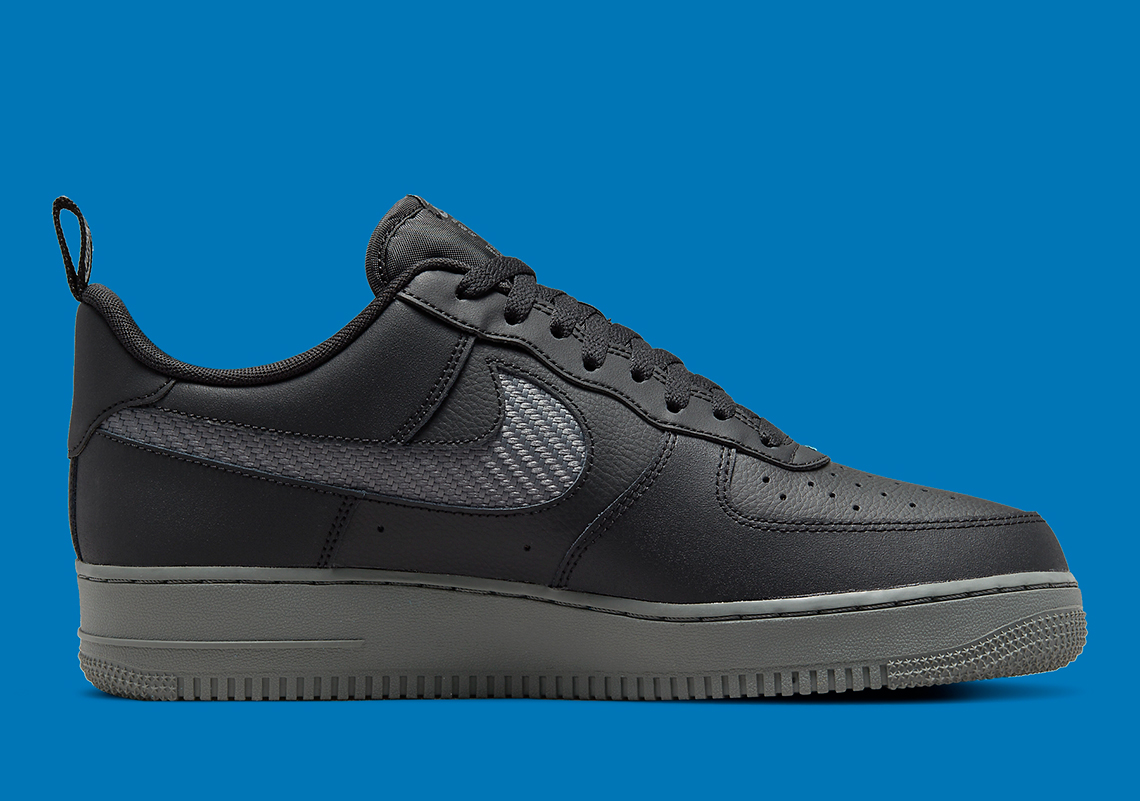 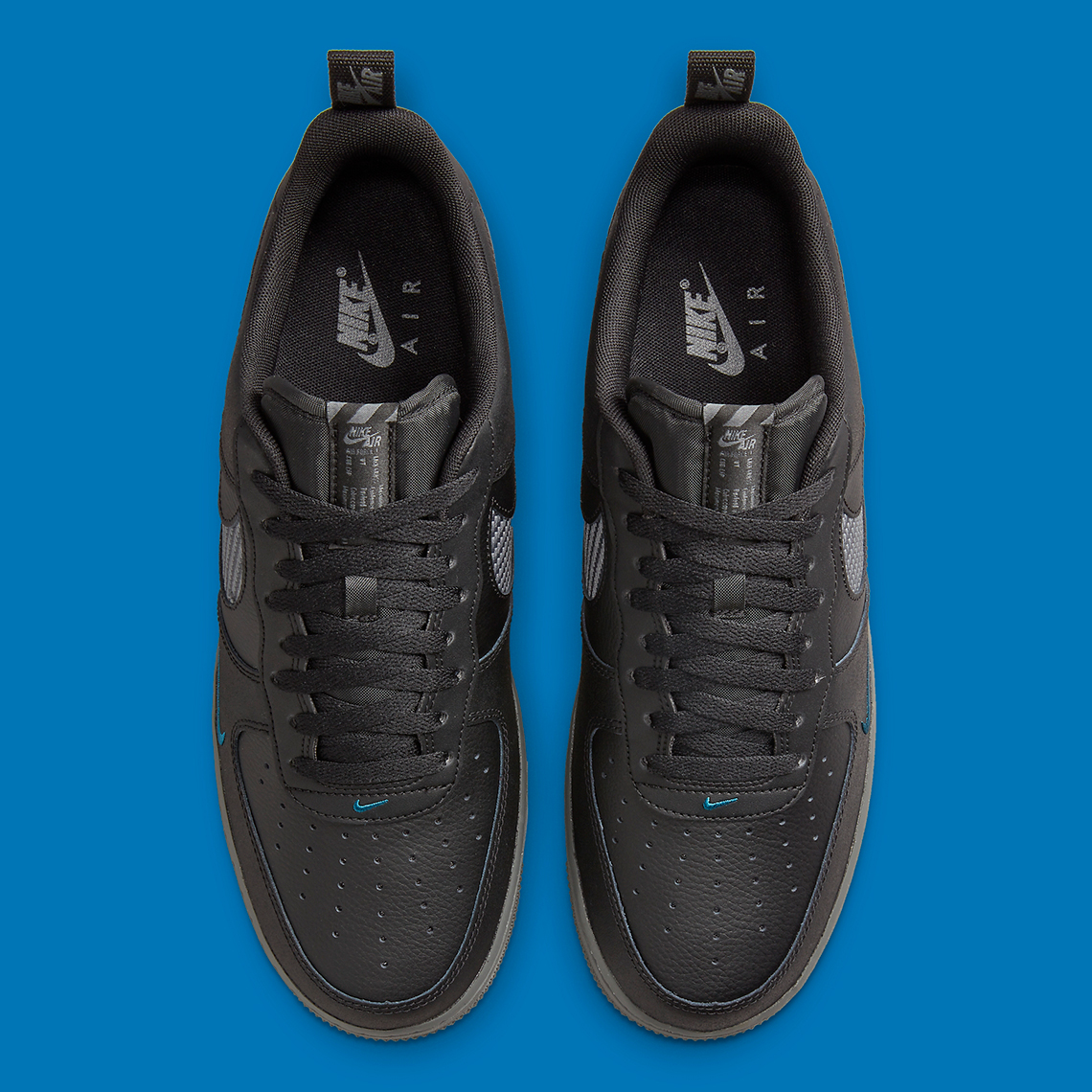 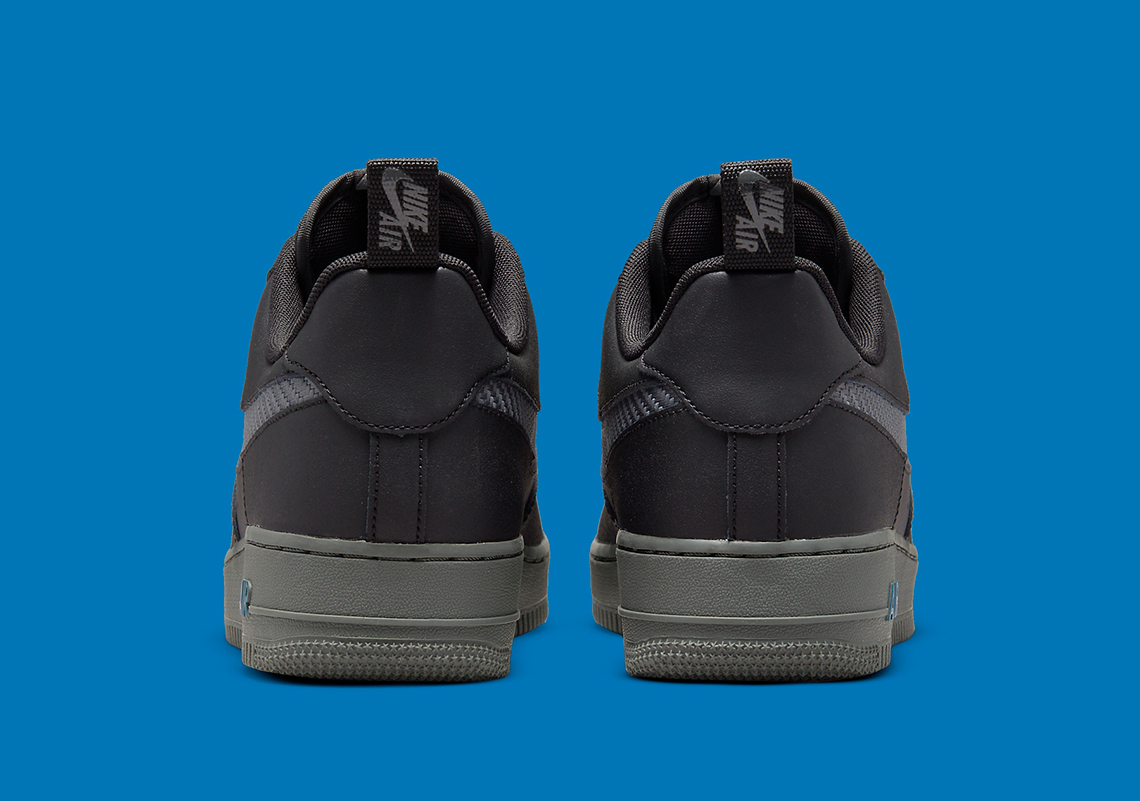 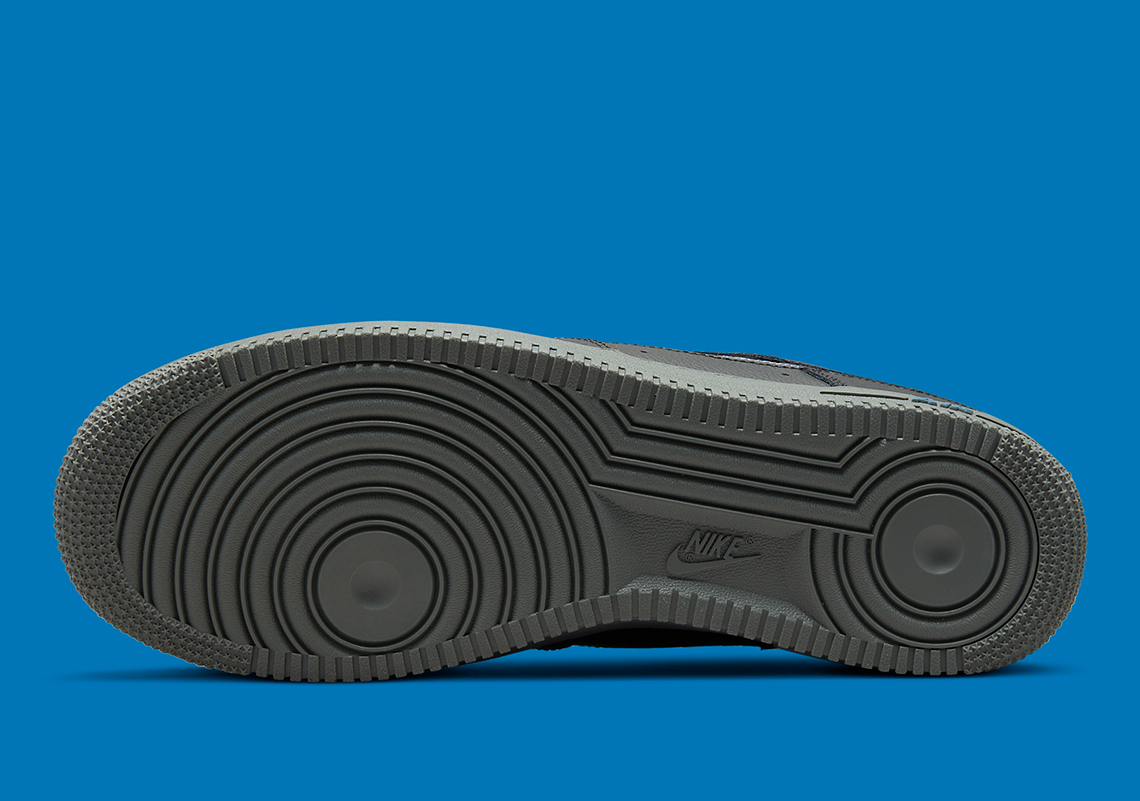 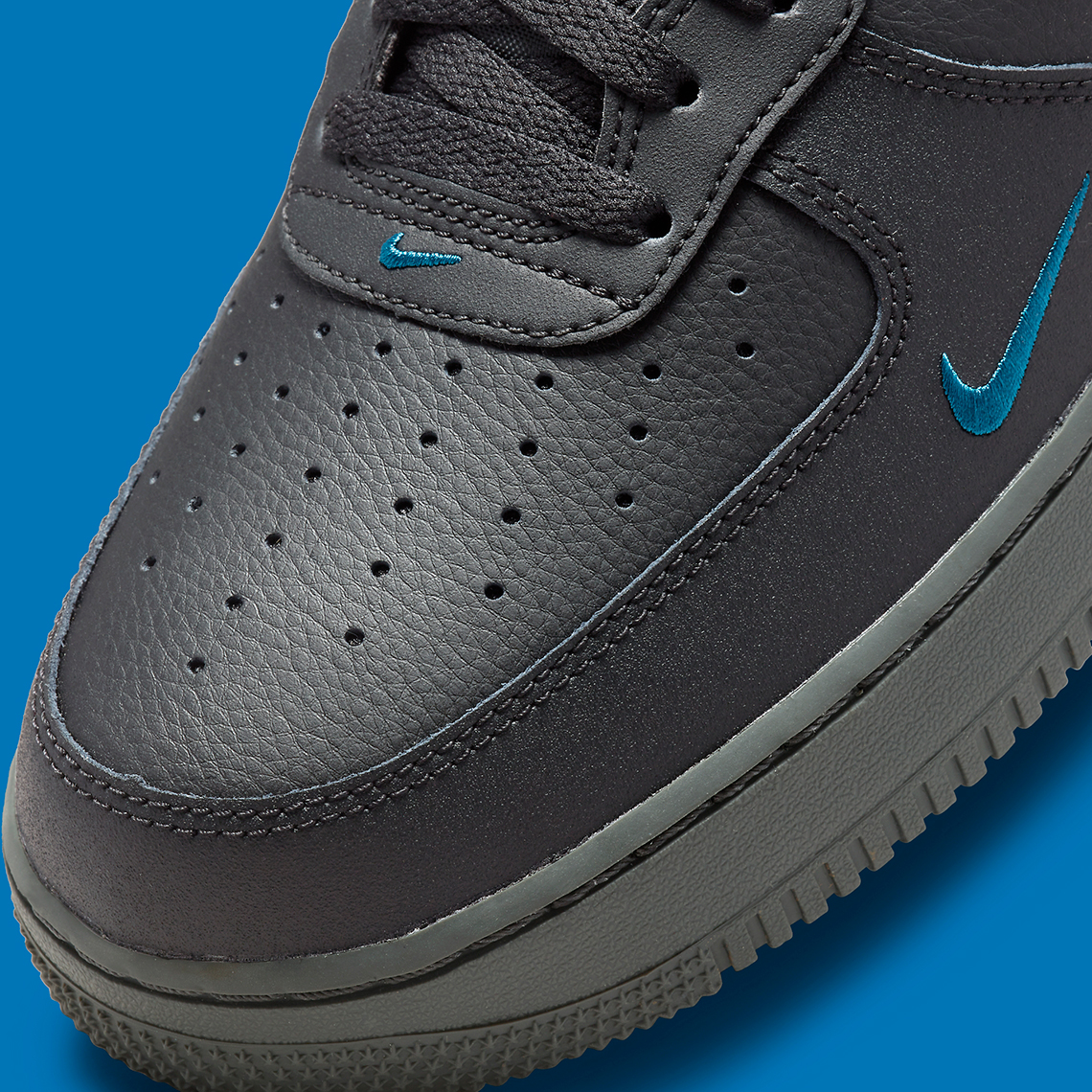