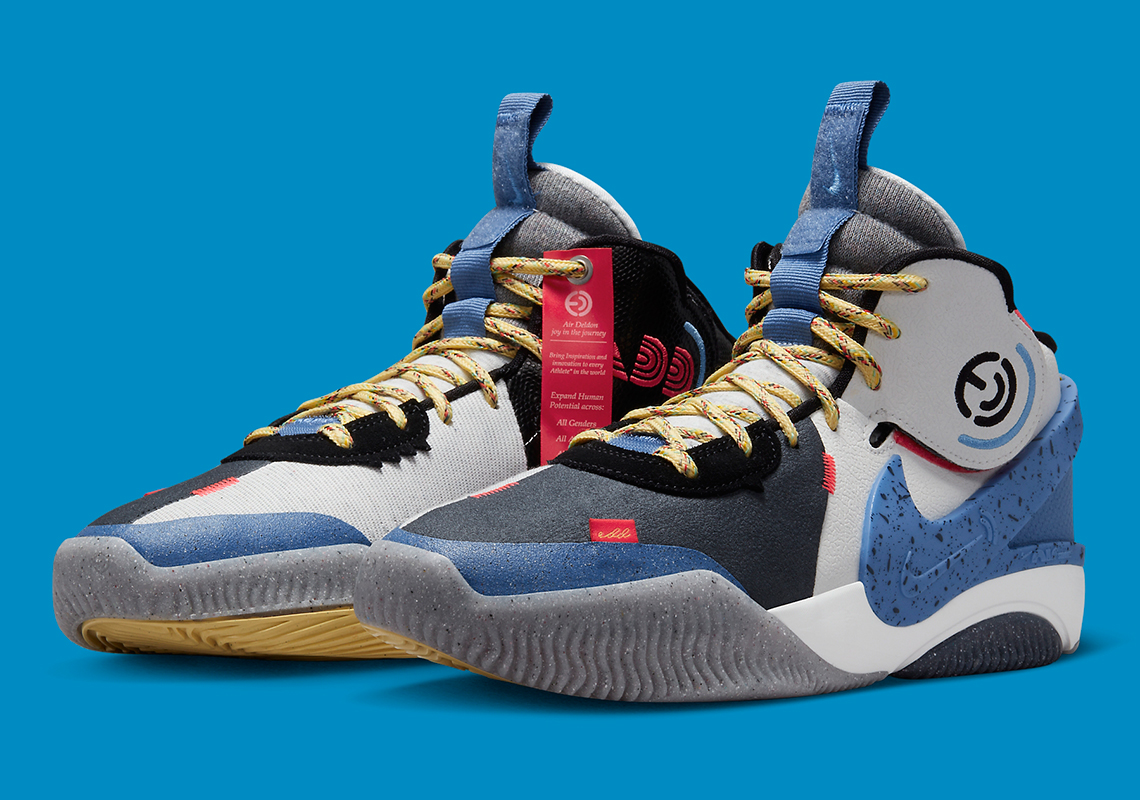 While she reigns as a living legend within the WNBA, Elena Delle Donne has always kept inclusivity and accessibility at the forefront of her on-court silhouettes with The Swoosh, releasing the lace-free slip-on construction of the Air Zoom UNVRS in 2019. Delle Donne’s sister, who was born blind and deaf with autism and cerebral palsy, has continued to inspire the six-time All-Star throughout her everyday life, culminating in a touching tribute to her sister and those around the World who lack easy access to sneakers with her first signature model, the Nike Air DELDON 1.

Having worn the sneaker throughout the 2022 WNBA season, the second offering to be officially released has been announced in a collection of primary colors gracing the Flyease construction of the upper that’s “Pure Platinum” and “Summit White” nylon tongue folds down for easy entry accompanied by an assisting blue pull tab. The established “Indigo Storm” shading persists throughout the Swooshes, speckled mudguard, mesh heel and rubberized counter that houses a mini black Swoosh. Breathable mesh on the medial forefoot is color-matched with the outsole for a clean sampling before the tonal spectrum resumes with yellow multi-colored laces, and rear pull tab while crimson and blue “DDD” and “NIKE” logos are placed amidst the glossy black collars. Underfoot, the medley of colors concludes on the tread with a semi-translucent grey toe box including the speckled recycled content aesthetic.

For a closer look at the second rendition of the Air DELDON 1, enjoy official images of the pair below while we anticipate a release date within the coming weeks.

In other basketball news from NIKE Inc., release dates for the initial two colorways of the Nike Zoom GT Cut 2 have been revealed. 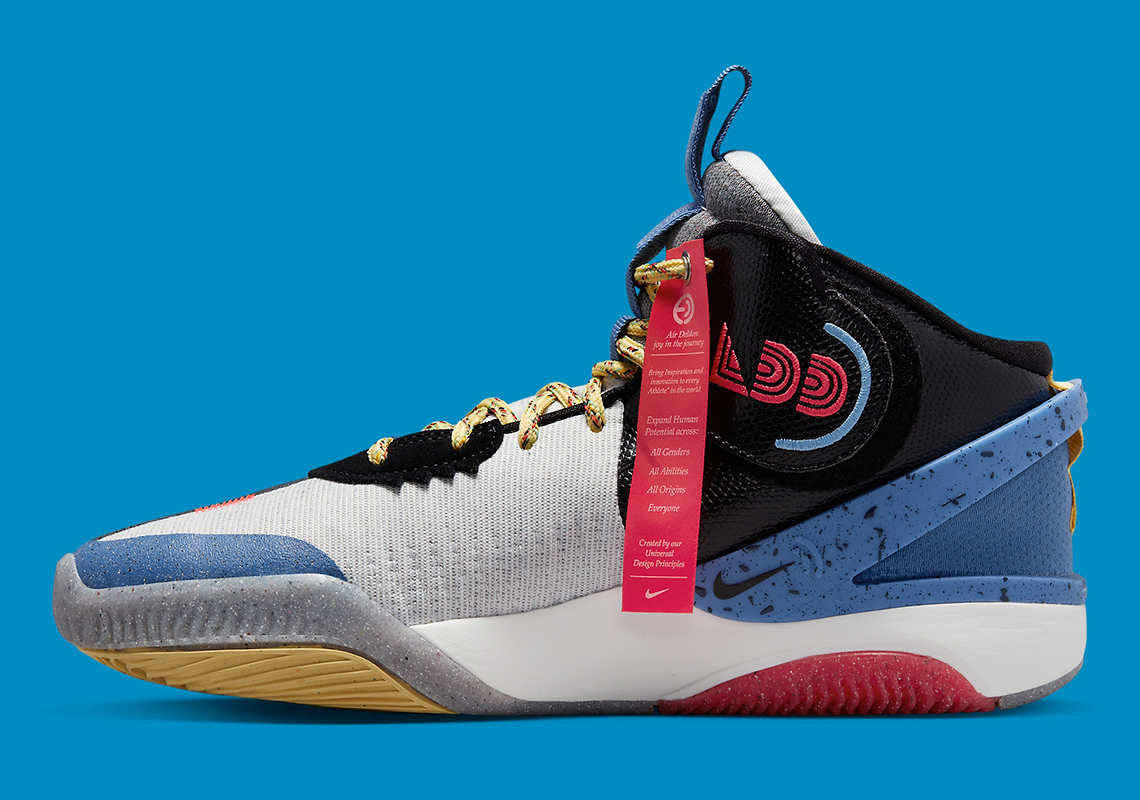 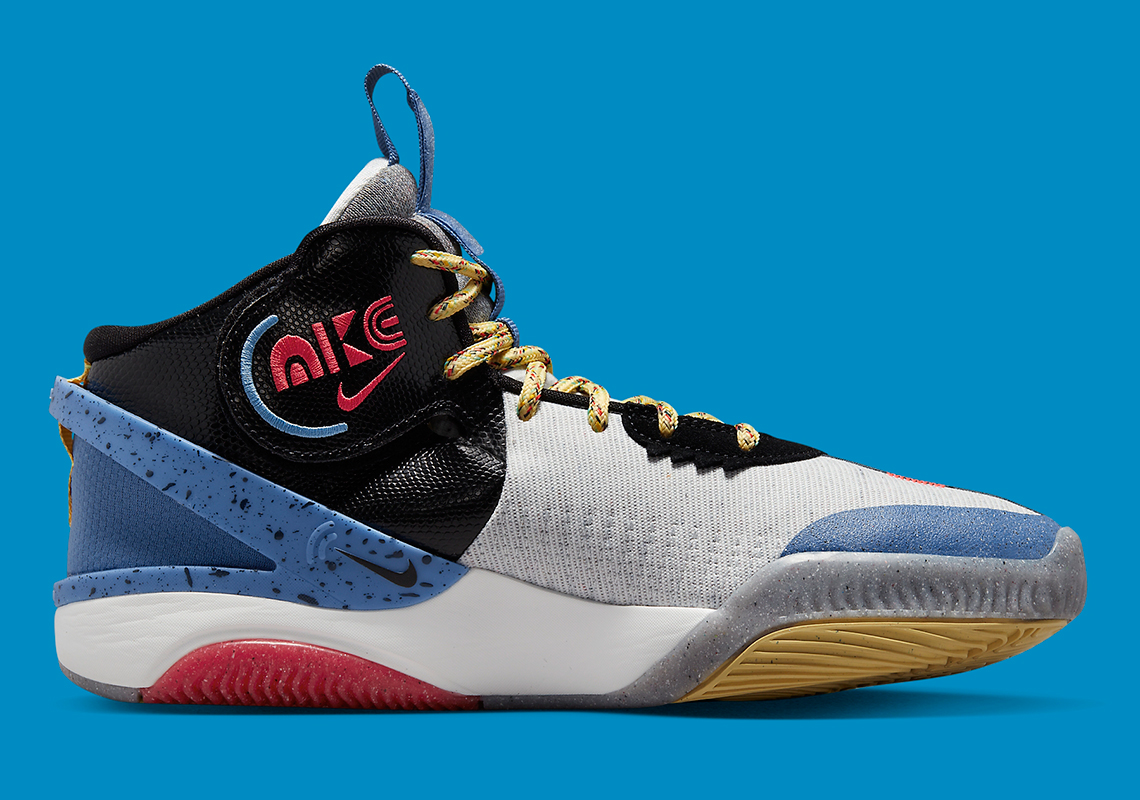 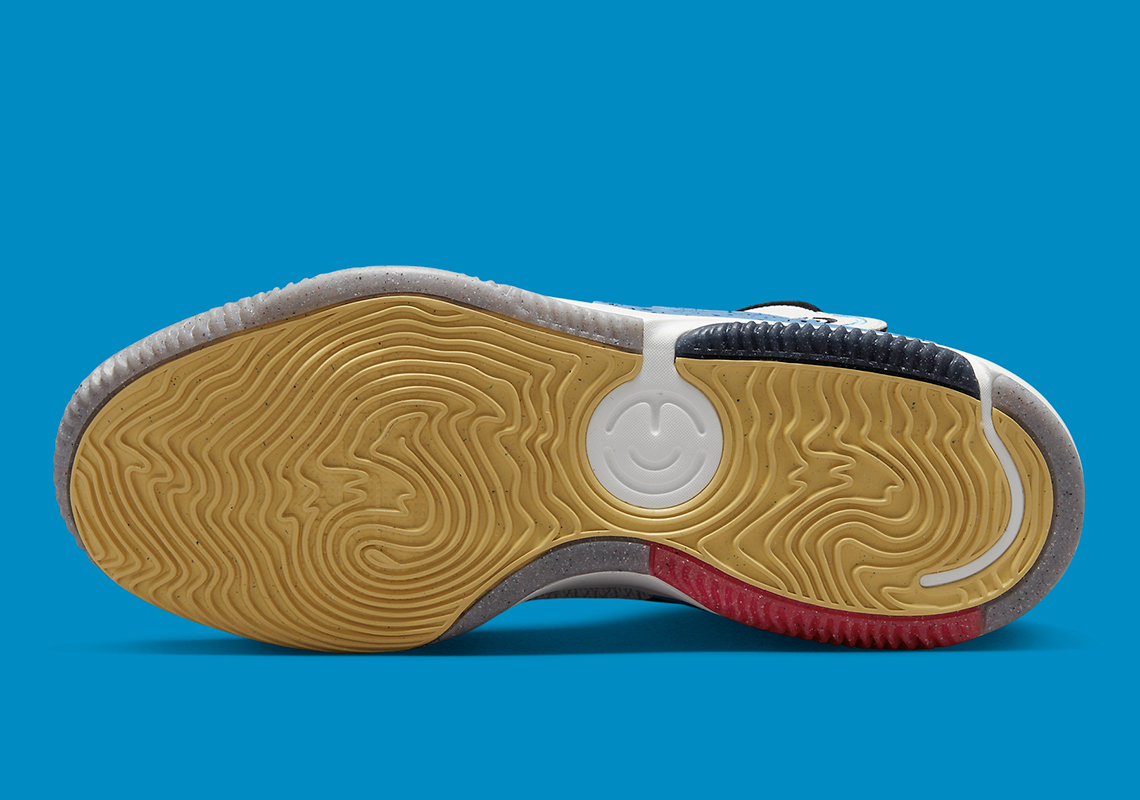 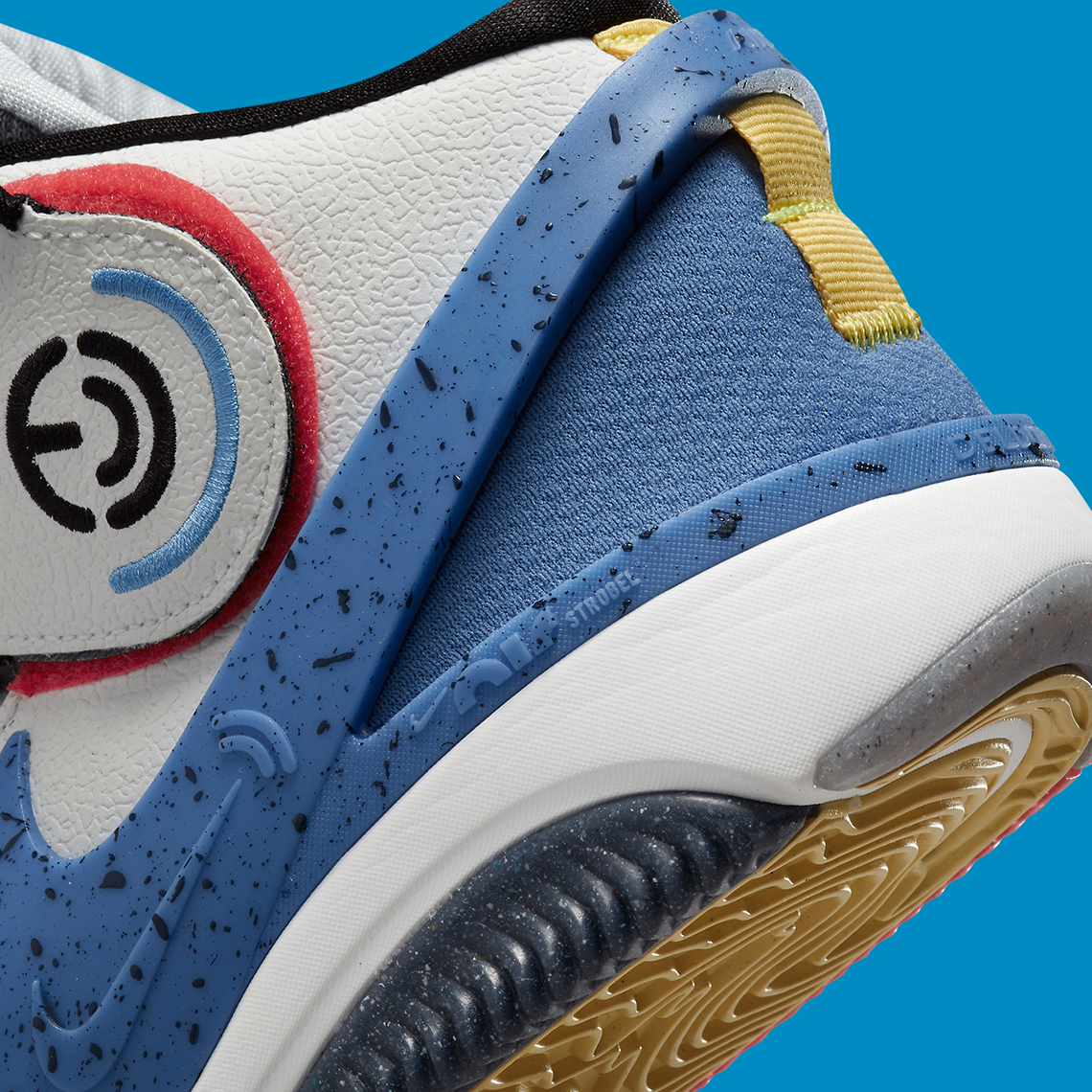 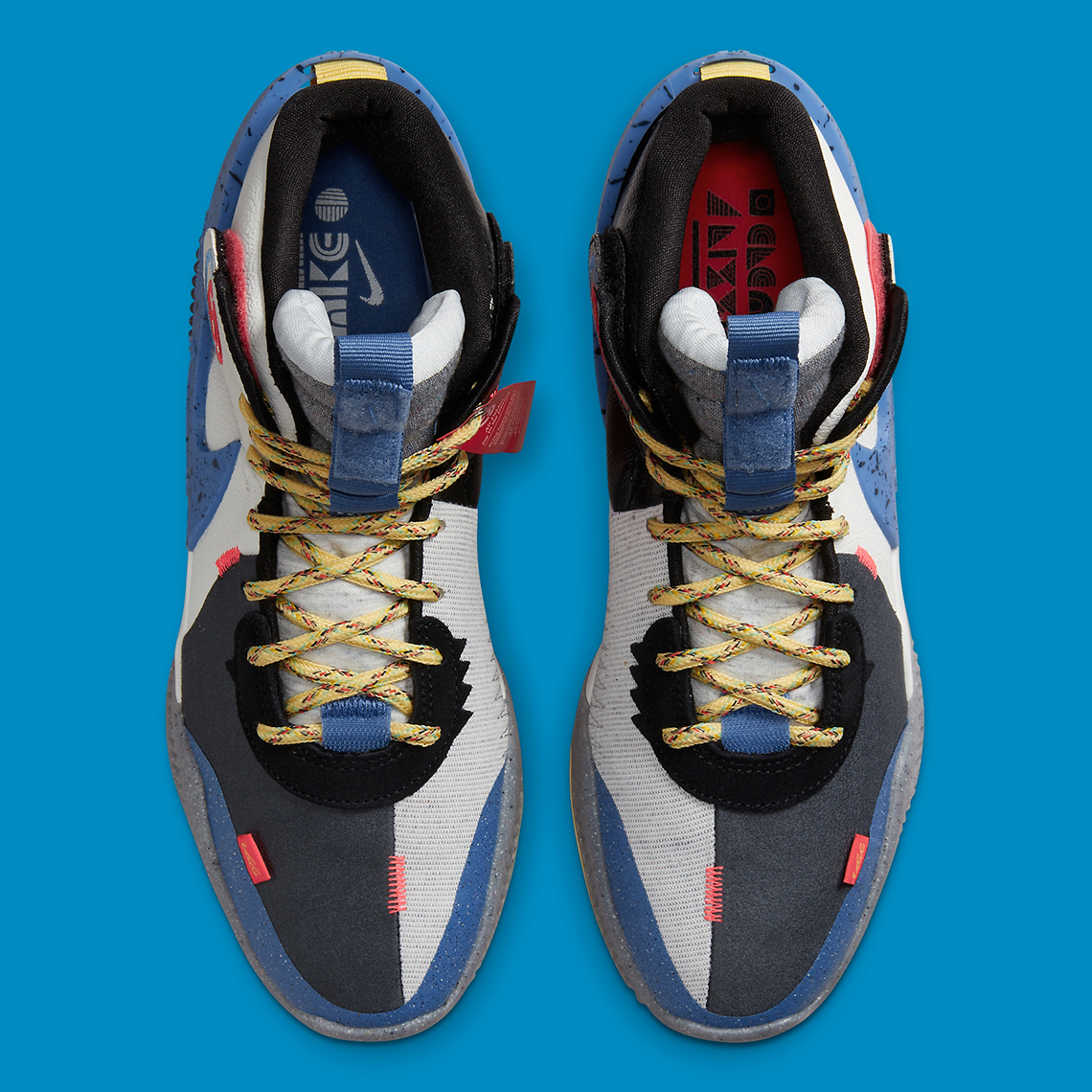 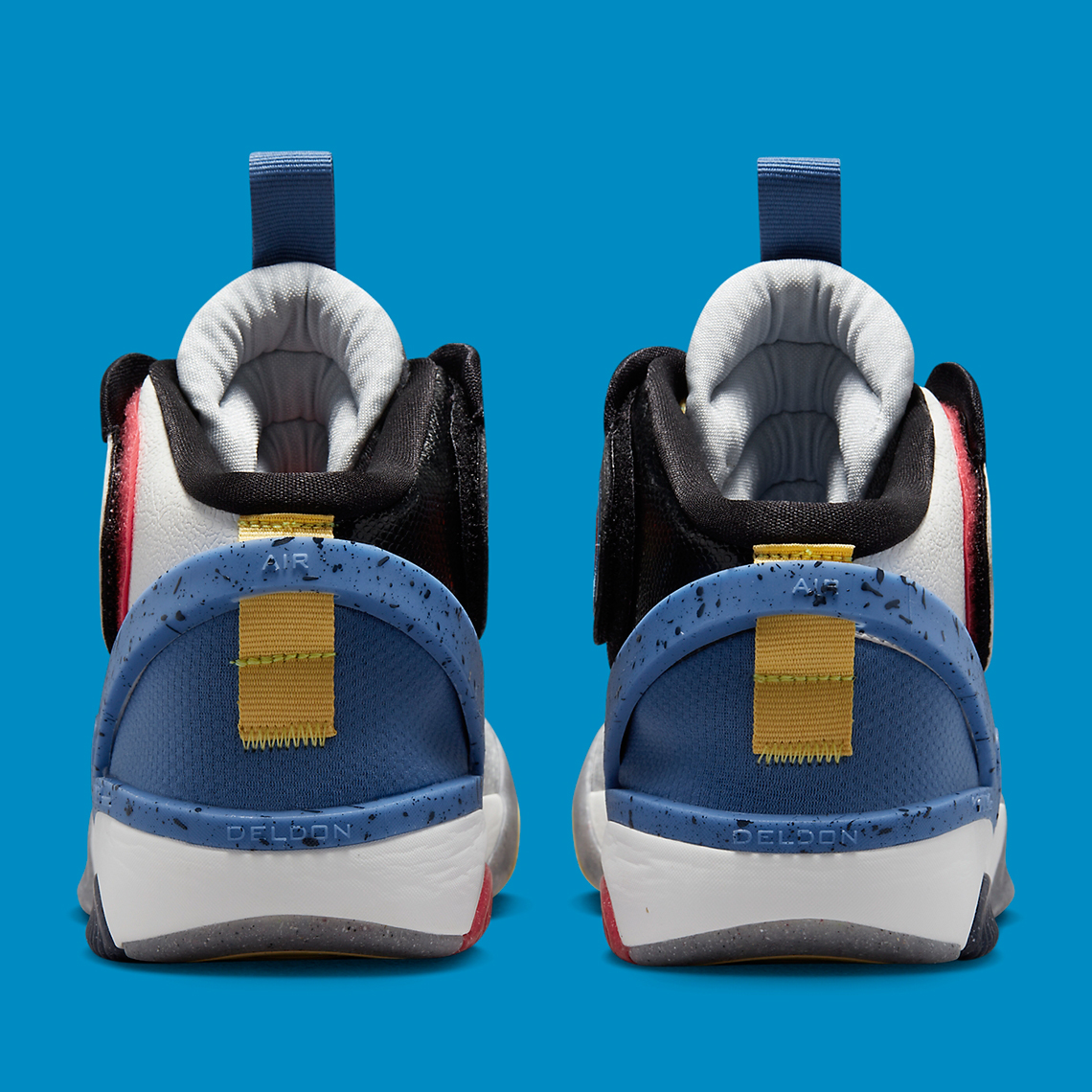 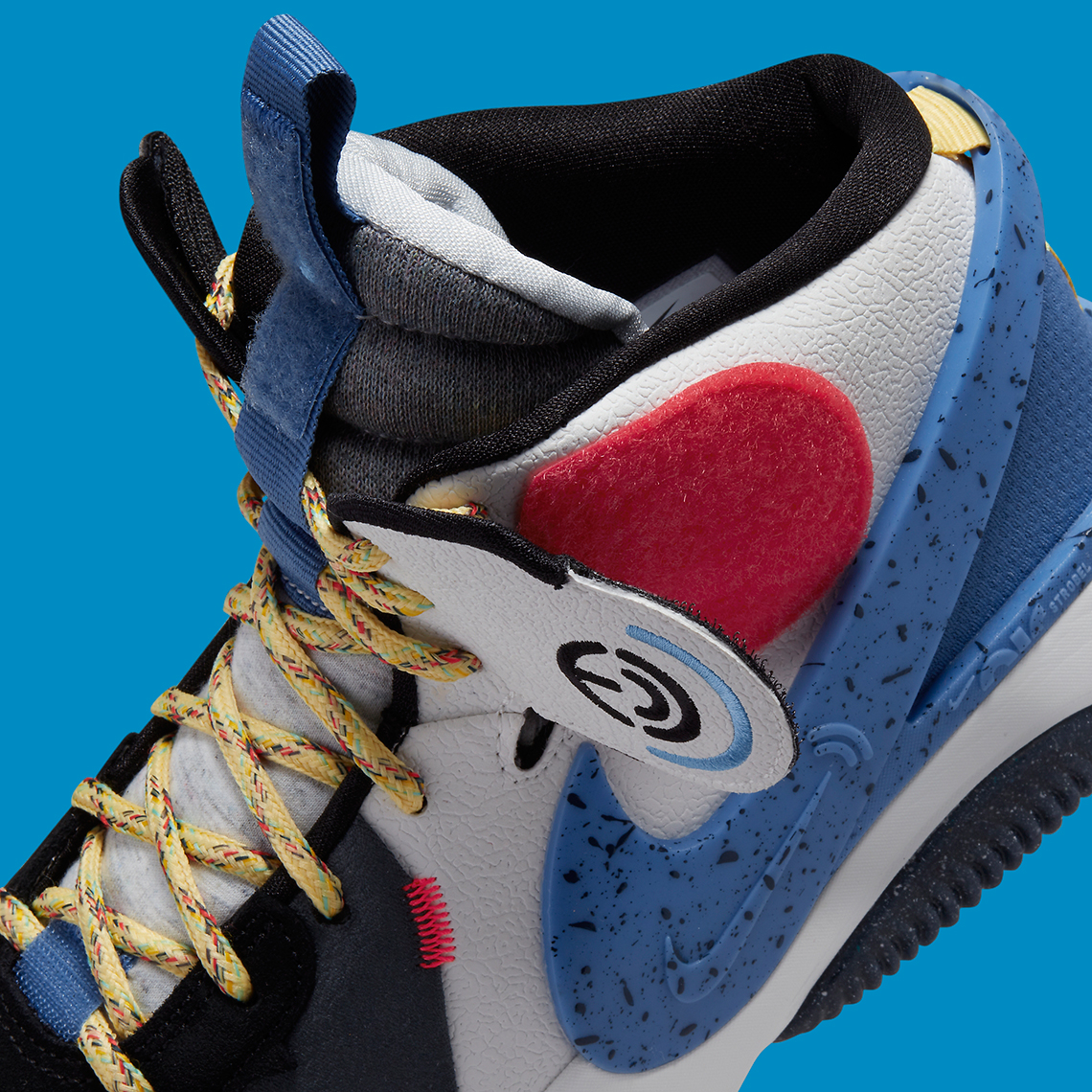 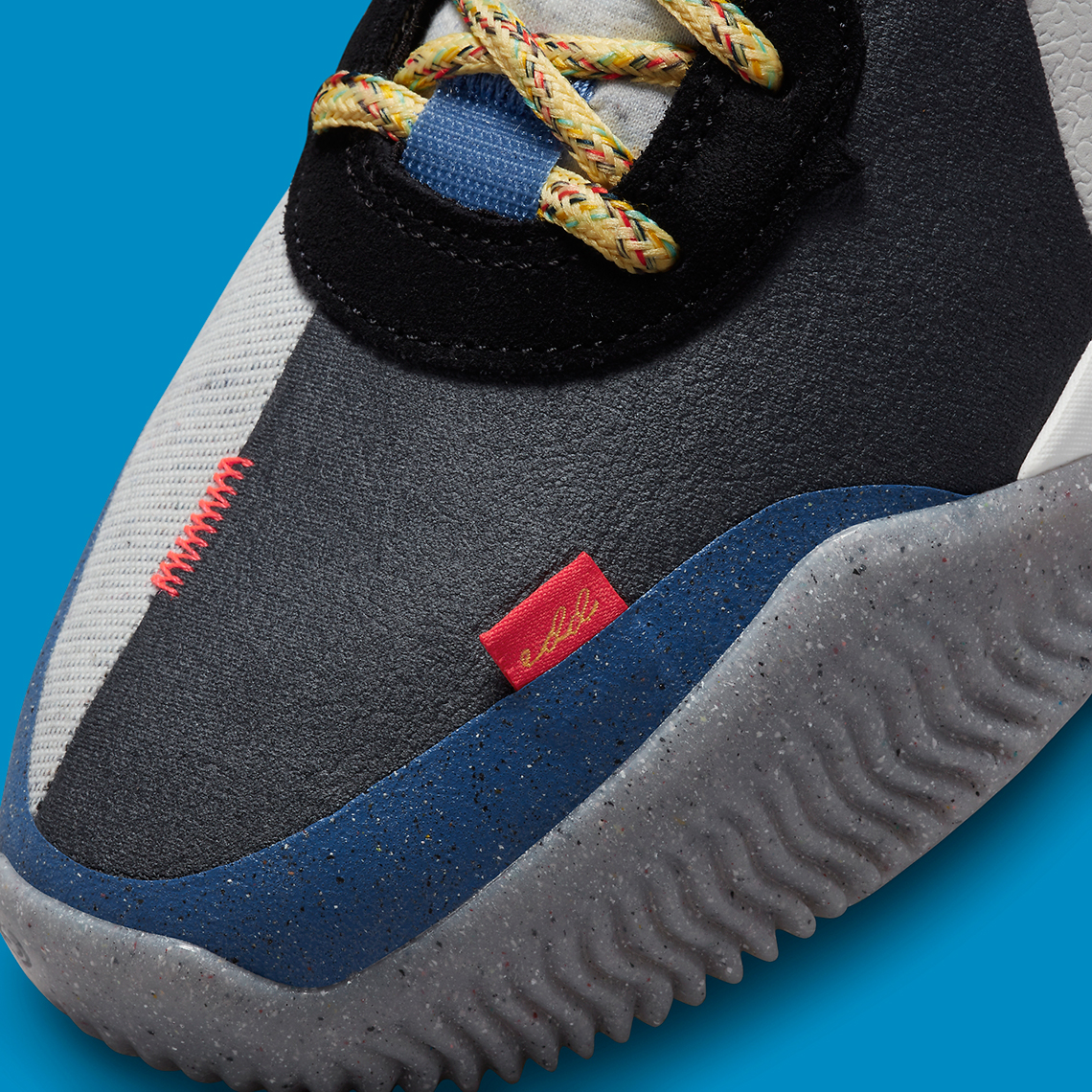