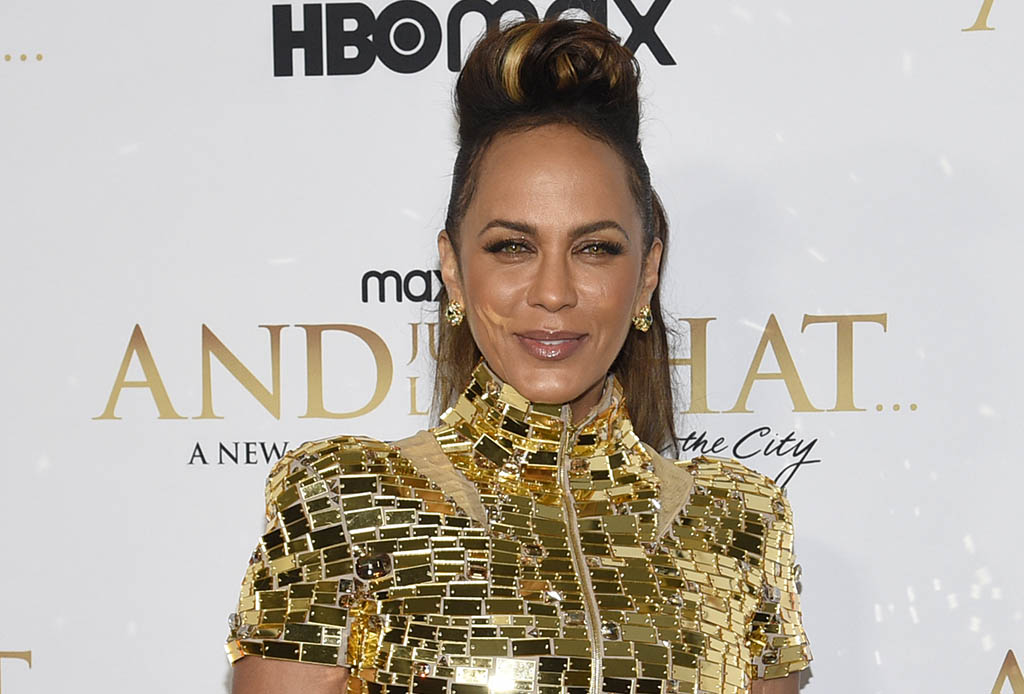 
Several stars are hitting the red carpet tonight for the premiere of HBO Max’s “And Just Like That” at the Museum of Modern Art in New York City.

Nicole Ari Parker was among the boldface lineup. The actress lit up the scene as she arrived with her husband, Boris Kodjoe. Parker, who also stars in the “Sex and City” reboot, plays Lisa Todd Wesley, a documentarian and mother-of-three. The new incarnation of the series will serve us an array of new storylines and characters as the iconic trio, Carrie, Miranda and Charlotte, deal with the complexity of life, love and friendships in their 50s.

For the star-studded event, Parker wore a short-sleeve gold sequined mini dress. The embellished number was complete with a high neckline and a zipper down the center. The shiny garment also included angular cutouts with mesh fabric.

Parker paired the statement piece with gold stud earrings, a chunky gold bracelet and a small rhinestone clutch. The “Brown Sugar” star wore her highlighted hair in a trendy half up, half down style.

When it comes to fashion, Parker is never afraid to take risks. She often steps out in daring looks and bold colors. Her red carpet ensembles will likely include metallic, colorful and sparkly open-toed pumps and sandals, hailing from brands like Gianvito Rossi, Tom Ford and her co-star’s brand SJP by Sarah Jessica Parker.

The “Empire” actress has also donned a range of statement shoes, including textured and bright boots and pumps by Saint Laurent, Moschino, Giuseppe Zanotti and numerous top brands. Her off-duty ensembles include boots from independent labels like A Plan Application and Stivali, as well as Tory Burch sandals and Off-White sneakers.