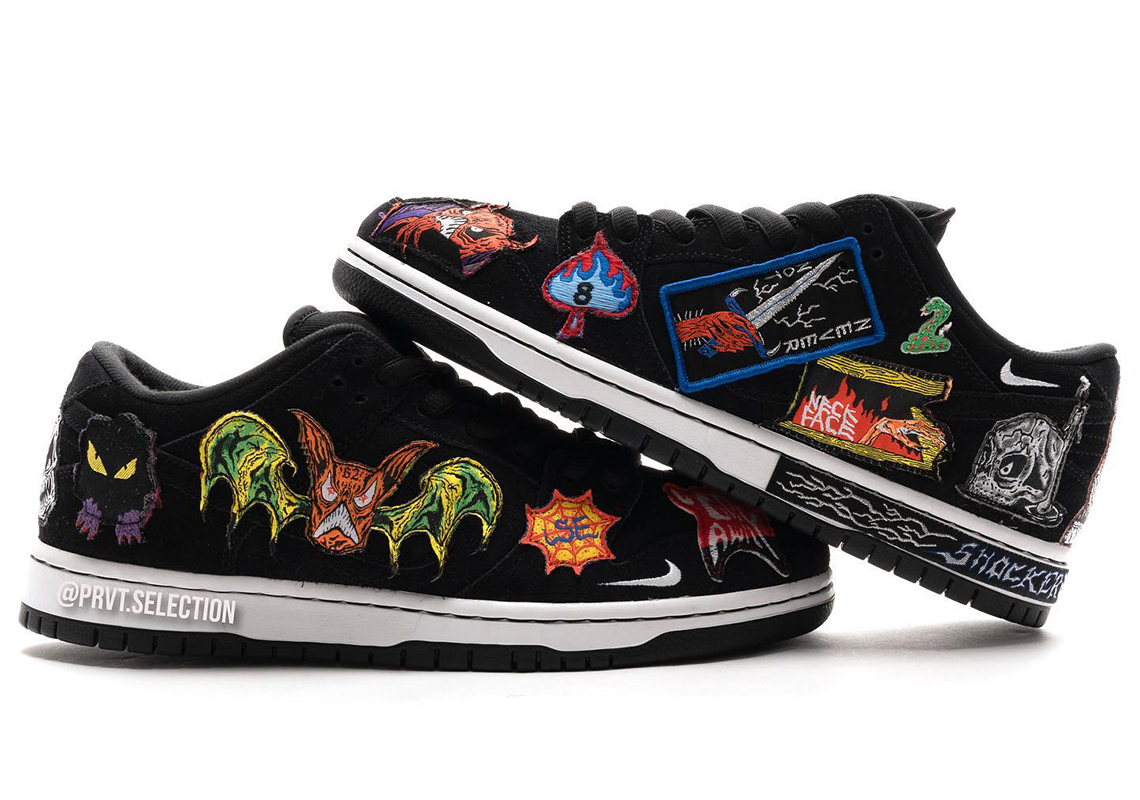 
Renowned graffiti artist Neckface, whose work has defaced just as many streets as they have galleries and collaborative offerings, is soon to join Nike SB for his very own Dunk Low.

This wouldn’t be the first time Neckface has teamed up with Nike SB, as the artist has worked on both a Blazer Mid and Dunk High in the past. But unlike these two, the upcoming Dunk Low is far less constrained, better showcasing the surreal, at times grotesque style of the semi-anonymous figure.

With its all-black colorway, the upper acts as a canvas for Neckface’s work, which is plastered all throughout the shoe. Even the strip of white along the midsole is put to use, clad with lightning bolts and “SHOCKERS” text. The patches above — which are never duplicated, even on the opposite foot — all fall under the umbrella of horror, depicting skulls, bats, tombstones, and monsters of all kinds.

A perfect answer to Halloween, the Neckface x Nike SB Dunk Low can be viewed in detail below. Currently, no firm release date has been shared, but previous reports suggest an October 2022 arrival.

In other news, have you seen the Sailor Moon Vans collab? 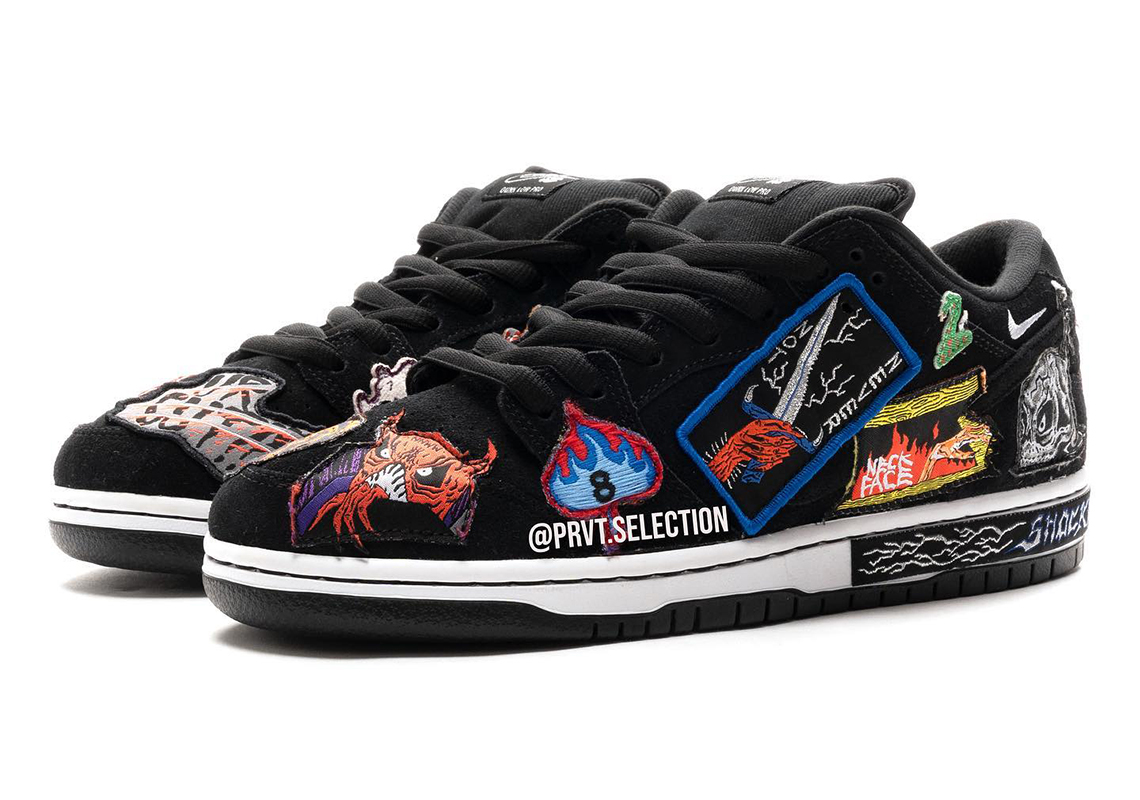 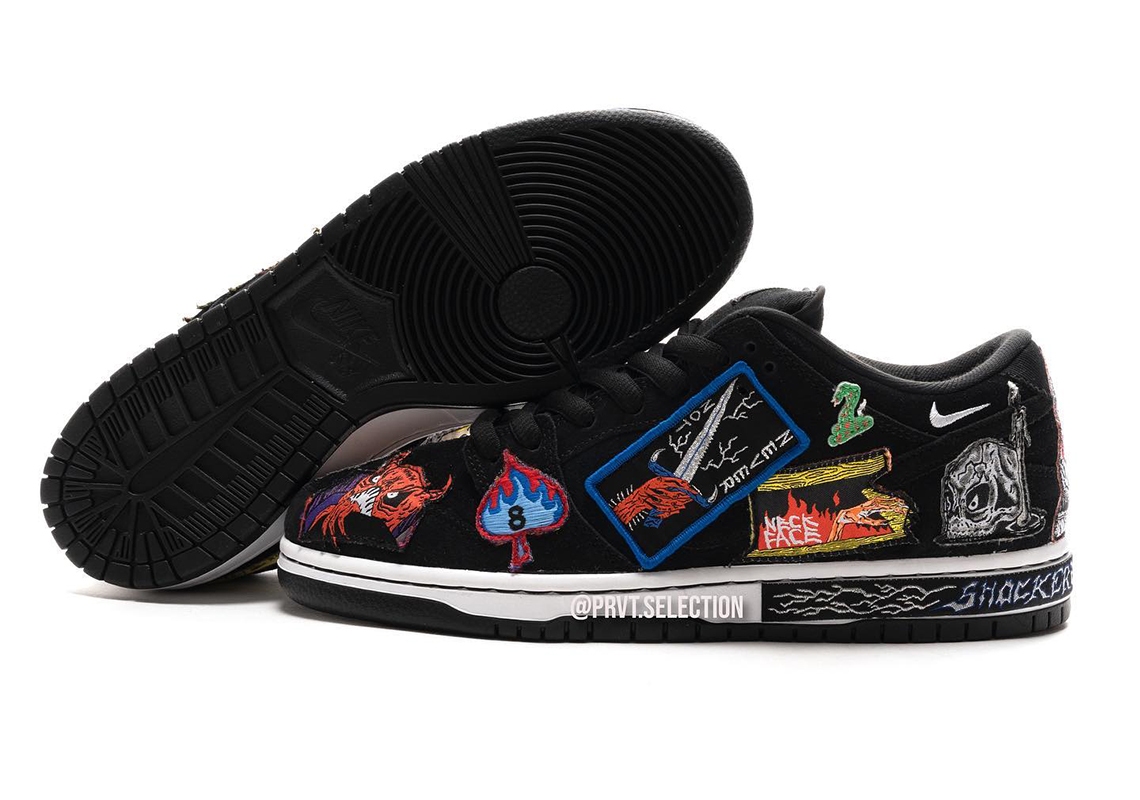 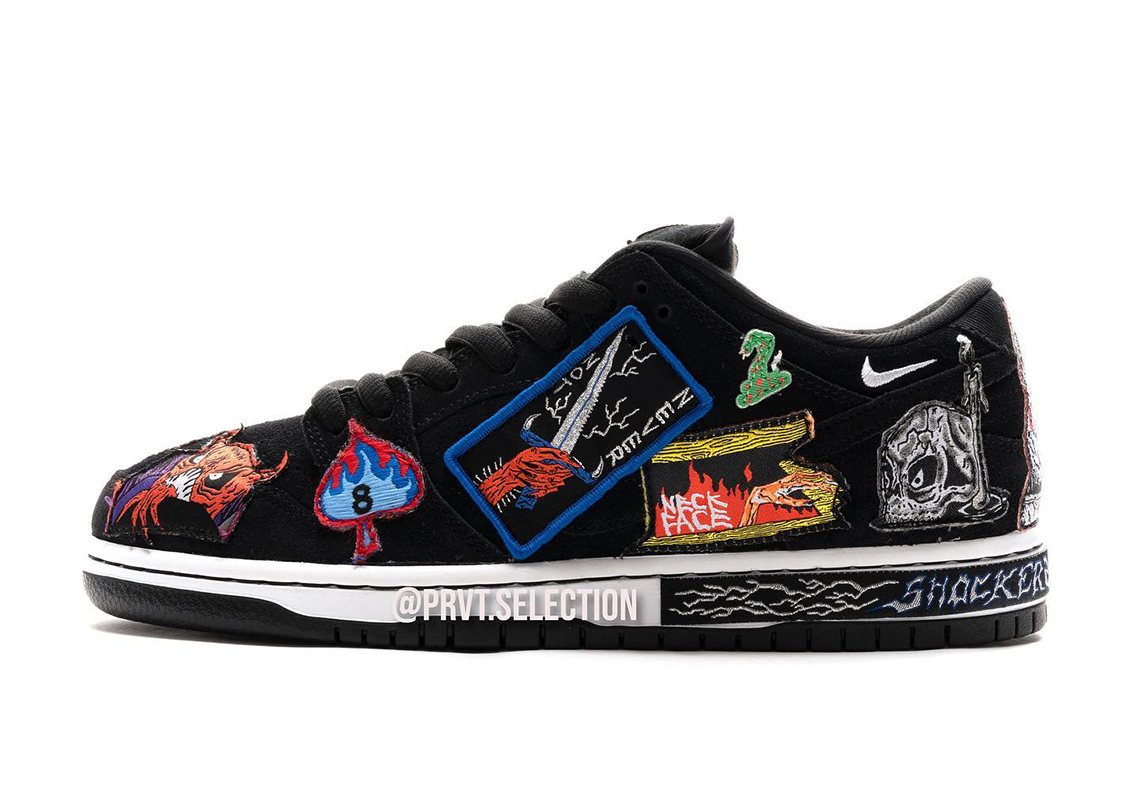 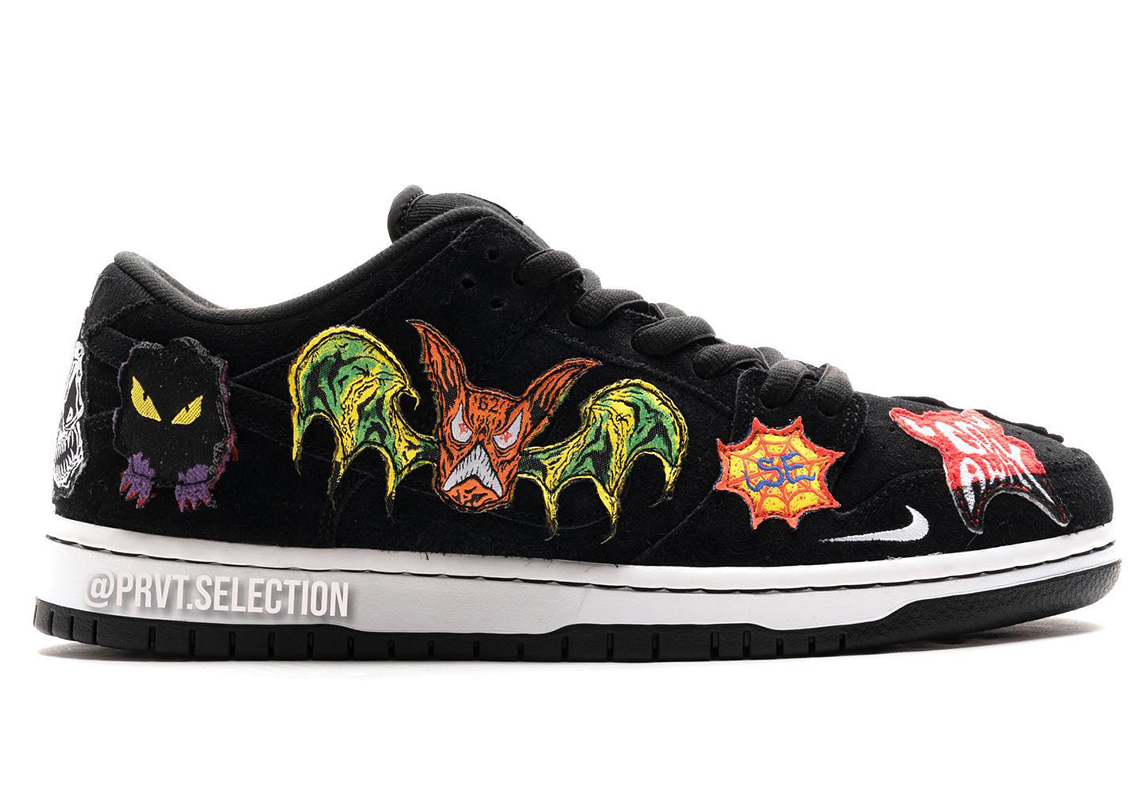 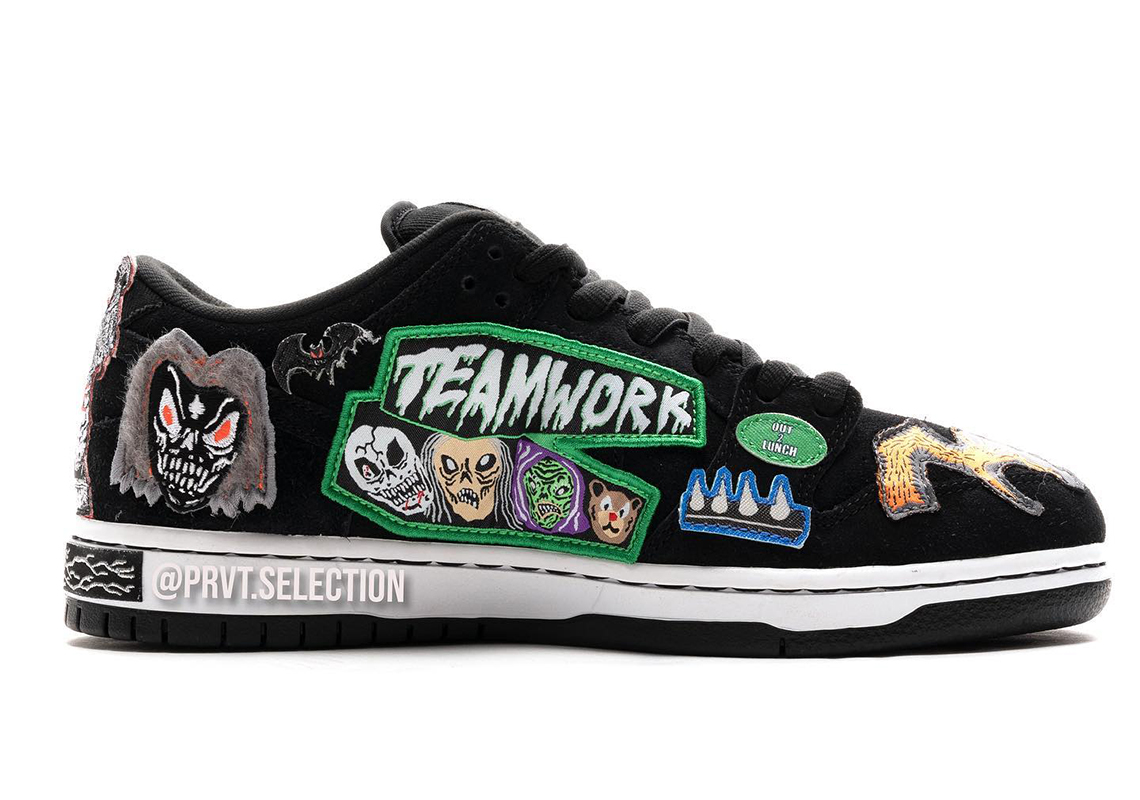 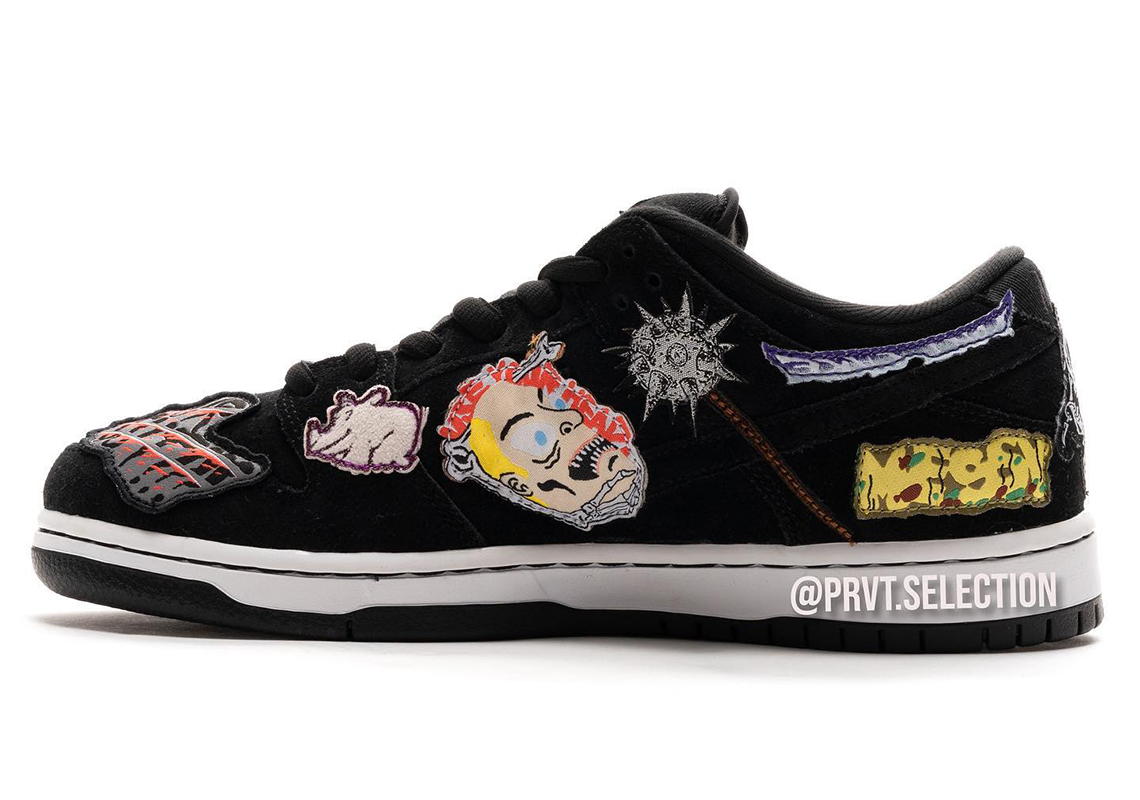 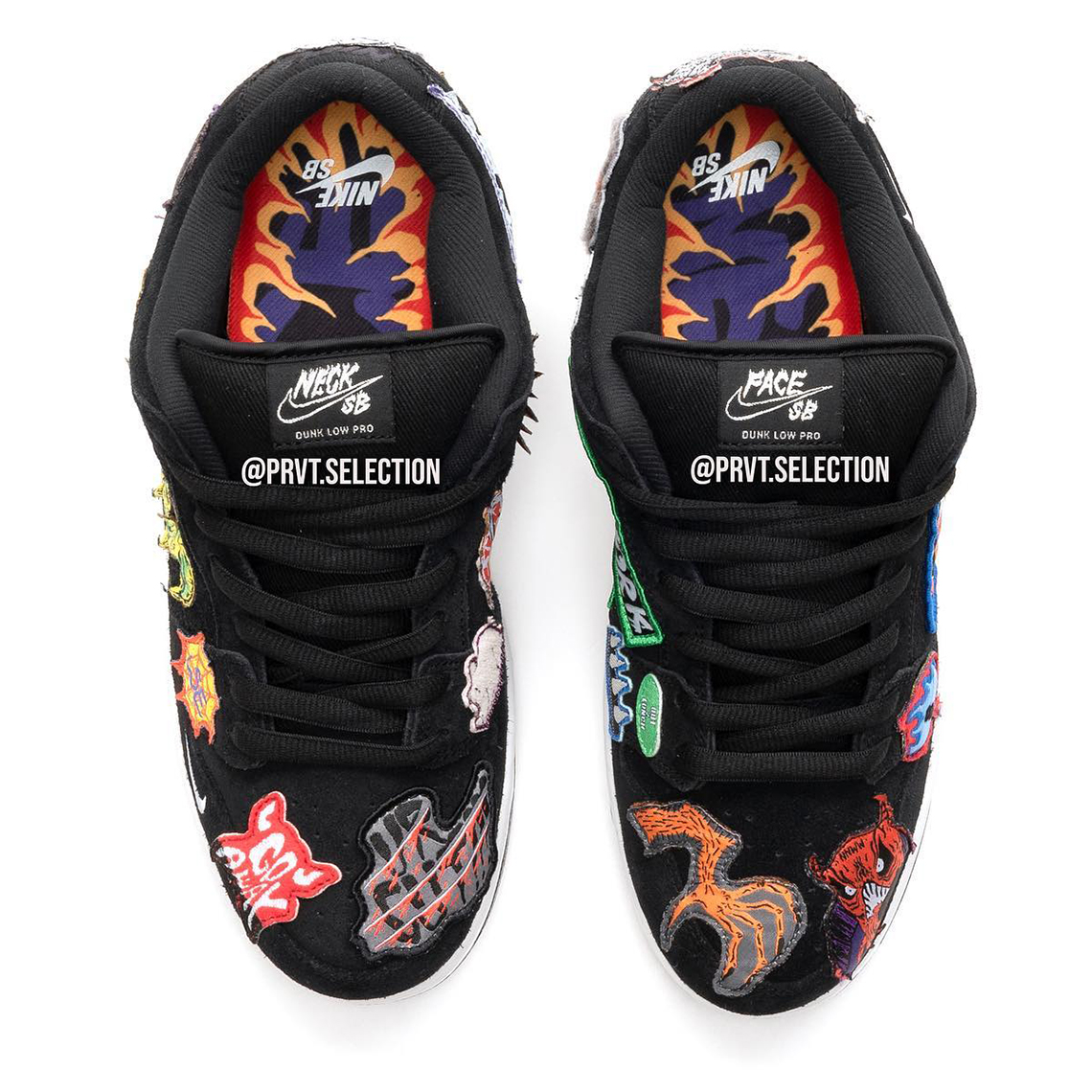 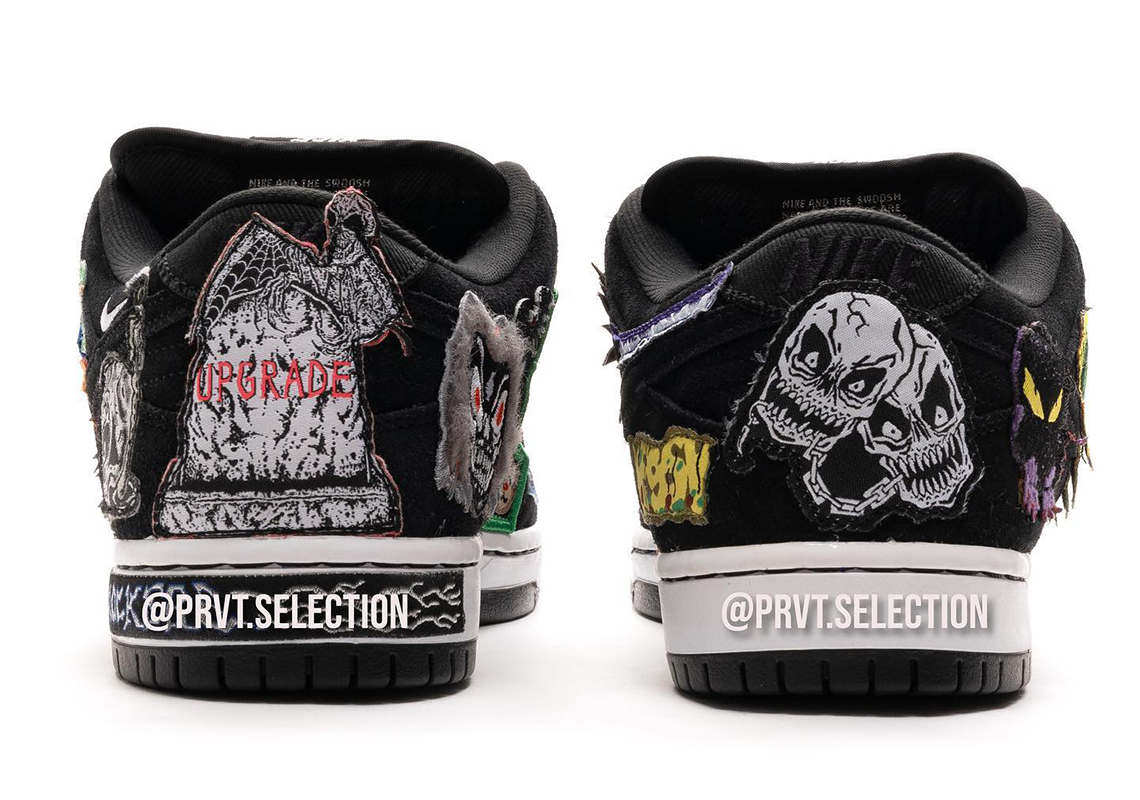 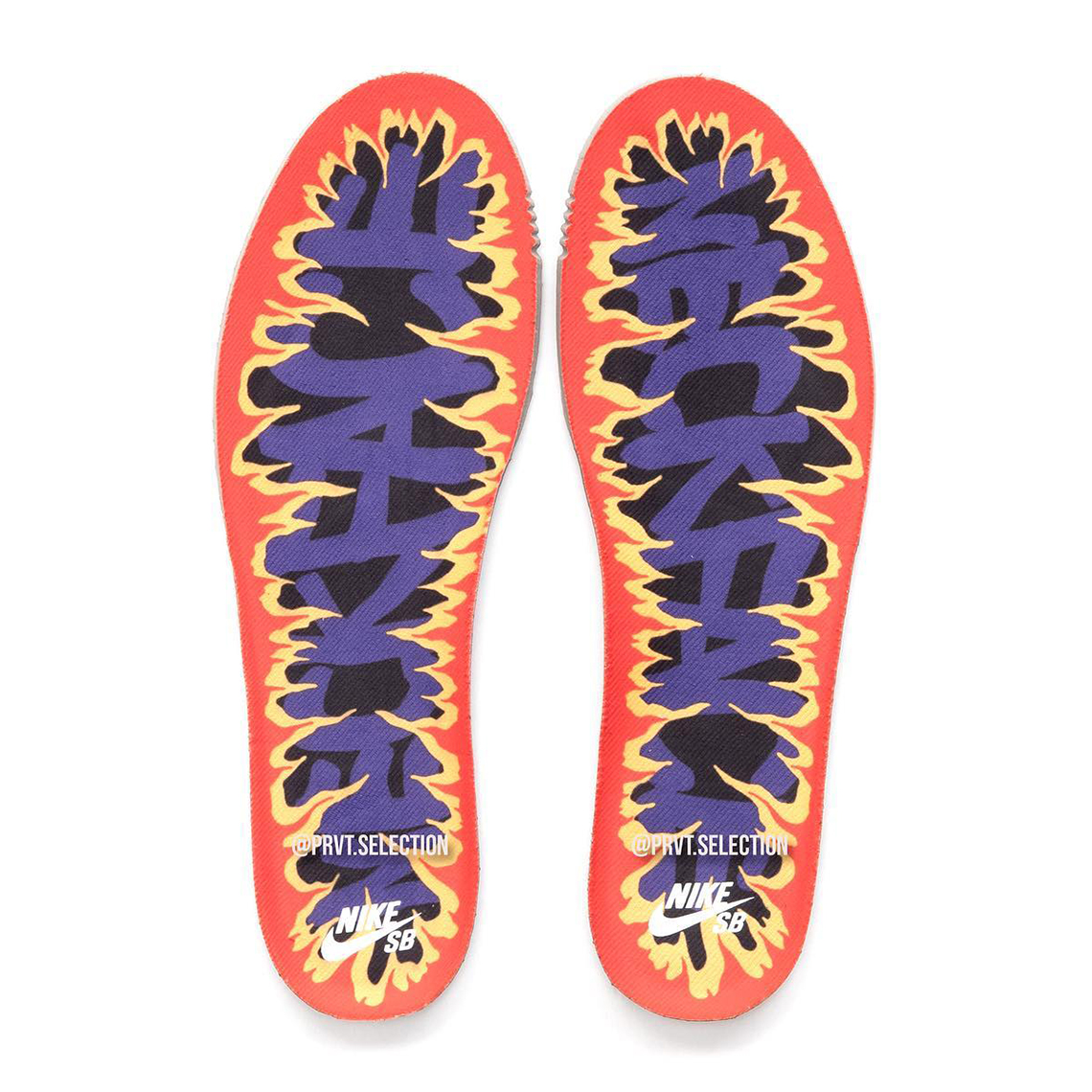