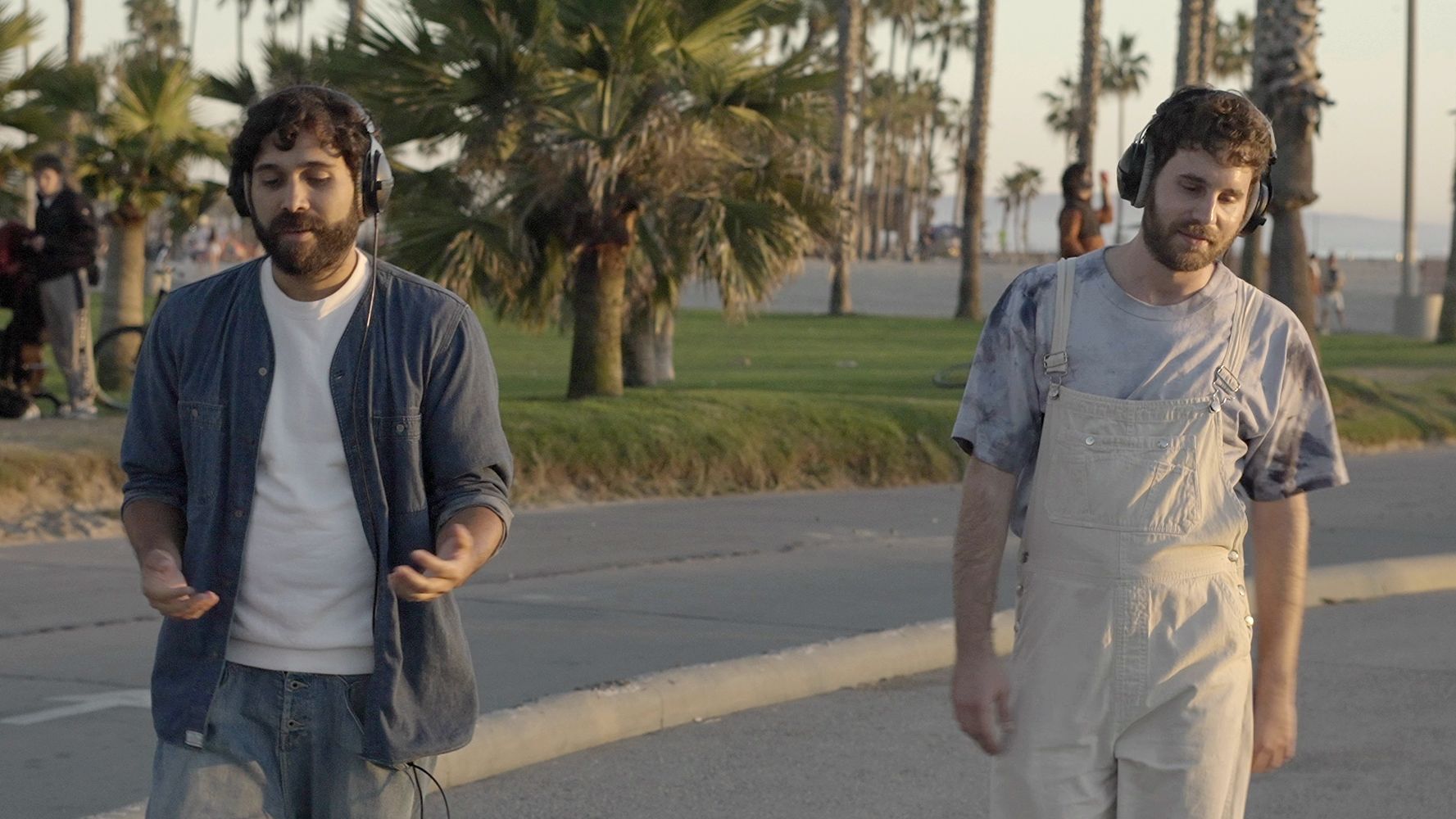 As much of the United States braces for another spate of winter’s wrath, Ben Abraham and Ben Platt are enjoying the sun, sand and surf of the California coastline.

HuffPost got a sneak peek at the latest in Abraham’s music video series, “Walk and Sing.” Released Friday, the new clip finds Abraham and Platt strolling along Venice Beach in Los Angeles as they croon “I Am Here,” a folk-pop track from Abraham’s forthcoming album, “Friendly Fire.”

“Structurally, I knew I wanted to deal with the idea of a life cycle and the theme of life and death,” Abraham, who is 36, told HuffPost. “Lyrically, the song charts from the moment you’re born to all the different things you ask for over the course of your life until the moment you die. It begins with, ‘Give me hands I can hold,’ and ends up returning to that place.”

Watch the video for “I Am Here” above.

When it came time to record “I Am Here,” Abraham knew he wanted Platt to be featured on the vocals. The two men first collaborated on Platt’s 2019 debut solo album, “Sing to Me Instead,” and have remained close friends since.

“We just connected as people, and then as collaborators,” Abraham said of the “Dear Evan Hansen” star. “There aren’t many male voices like his to write for. When it came time to do my record … a huge philosophy for me was to bring in all the different relationships I’ve made over the years, try and bring as many people in as I can. Ben loved the song, and so he was totally into it.”

Abraham isn’t yet a household name, but legions of pop music fans are likely to have encountered his work before. In addition to Platt, the Indonesian Australian singer-songwriter has collaborated with Sara Bareilles, Kesha and Demi Lovato. He unveiled his debut solo album, “Sirens,” in 2016.

In the six years since the release of “Sirens,” Abraham experienced what he described as a crisis of faith ― and was forced to “reevaluate everything” he’d believed to be true. He got engaged to his longtime girlfriend, but then broke the relationship off after having a brief relationship with a man.

Due out March 11 on Atlantic Records, “Friendly Fire” explores Abraham’s deep Christian faith, his initial struggles to embrace his sexuality and, ultimately, the happiness and confidence he’s found more recently.

“It felt like a bomb went off, in a sense, and everything I knew about my life crumbled,” Abraham recalled. “After that, it was this process of clumsily rediscovering what I believe about God. What do I know of God, of myself, of the world? The album was written during that journey, during that process of chaos. It was weirdly empowering in the making of the record to realize I’m not in control of so many aspects of my life, but what I can do is just explore what I’m going through, through songs and through my songwriting.”

Exploring the nuances of queer lives and desires through music isn’t novel in the age of Lil Nas X’s “Montero (Call Me By Your Name)” and MUNA’s “Silk Chiffon.” But Abraham is hopeful that anyone who finds themselves conflicted about their true selves ― especially as adults ― will feel seen after listening to “Friendly Fire” in its entirety.

“I’m excited to have this album out there because I think it tells a story that hasn’t been told much in pop music,” he said. “I really hope people connect with the album as a whole, and that my story inspires them to consider themselves and the world in a different way.”