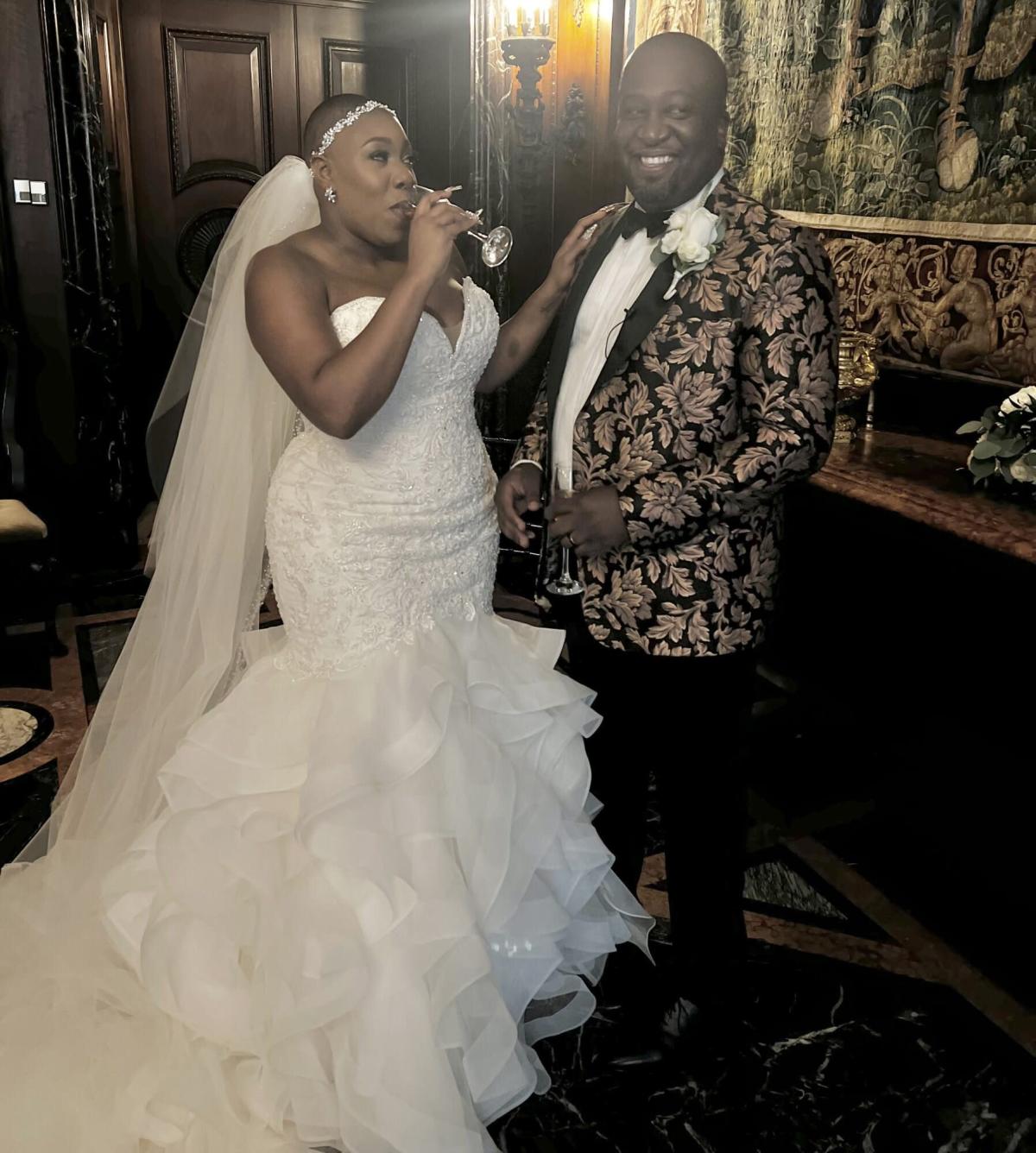 Symone D. Sanders is having a banner year — first as the anchor of her own show, now as a beautiful bride!

The MSNBC host said “I do” in a surprise Washington, D.C. wedding ceremony on Friday afternoon following her year-long engagement to Shawn Townsend. The pair kicked off their happily ever after at the historic Larz Anderson House on Embassy Row.

In May, Sanders told PEOPLE she and Townsend planned to marry in Mexico this summer, but it seems the busy host made other plans.

Surrounded by about 100 friends and family members — only a few of whom knew that they were attending a wedding — the couple exchanged vows, with Townsend calling the bride his “ride or die.”

“It’s the moments behind closed doors that we’ve shared,” Townsend continued. “Whether it’s me complaining about Real Housewives, a political debate or photobombing my Zoom calls. It is all time well spent together.”

Sanders vowed to “always be there” for her new husband. “To put it simply you’re the best man I know,” she said. “I’m very grateful just for everything that you are. You have always just been the most thorough person. You are so kind. You are so loving.”

Cheers met the newlyweds as Pastor Dededrick O. Rivers of Ward Memorial AME Church, a close friend and advisor of the couple, proclaimed the couple officially husband and wife.

Mr. and Mrs. Townsend then jumped the broom to seal the union, a common tradition at Black weddings.

Later that evening additional guests gathered, expecting to celebrate the couple’s engagement, but were surprised when the pair was announced as “Mr. and Mrs. Shawn Townsend.”

Guests sipped Champagne and admired the couple during their first dance, to Anthony Hamilton’s “Best of Me.”

In the fall, Mr. and Mrs. Townsend will embark on a Mediterranean honeymoon for two weeks. For now, they will enjoy newlywed life in Washington, D.C.

Although it seems Sanders deviated from the plans she made this spring, one thing that didn’t change was the intimacy of the ceremony.

“I am so excited, over the moon excited,” Sanders told PEOPLE then. “It’ll be a smaller wedding. I know people are probably expecting a big, huge blowout thing, but it will be our immediate circle, our friends and family.”

Sanders and Townsend are a political power couple in the nation’s capital.

Sanders spent years working in politics and on cable TV on the path to becoming the host of Symone, from the Omaha mayor’s office to presidential campaigns for Bernie Sanders in 2016 and now-President Joe Biden in 2020, before serving on his transition team and then as chief spokesperson and senior adviser for Vice President Kamala Harris.

Townsend formerly served as the director of the D.C. Mayor’s Office of Nightlife and Culture, a.k.a. the “Night Mayor.”