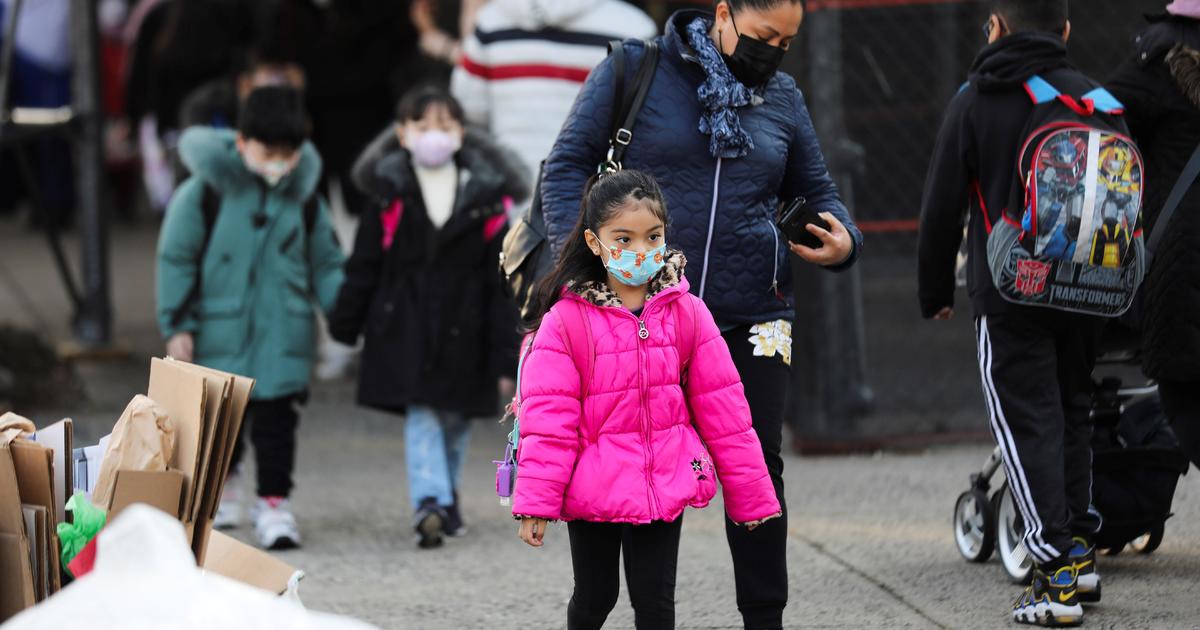 
Two years in, Americans’ concern about COVID-19 has dropped to its lowest level since the CBS News poll started tracking it in the spring of 2020, but they aren’t ready to say the pandemic is over. Most foresee a lasting vigilance, including a need for more booster shots, and most expect more variants down the road, albeit less dangerous ones. Few feel the virus will disappear entirely in the coming year.

On a personal level, many say the pandemic has left lasting changes in their own lives, both in how they live and how they work.

People are now more optimistic about the coronavirus situation, but relatively few consider it to be over. Republicans and conservatives — who have long been less concerned — are the most likely to say the outbreak is over, although just half of them feel that way.

As concern has somewhat lessened, more feel comfortable venturing out to public places like restaurants, gathering with friends and getting on an airplane than they did a year ago. Americans who express concern about contracting the virus are also now more comfortable doing these things, although they remain less likely to do so than those who are not concerned about the virus — a pattern we’ve seen throughout the pandemic.

And as more people return to work in person, more Americans (70%) now say they would feel comfortable in a workplace outside the home than said so a year ago (57%).

Some COVID restrictions are now being eased. States have begun lifting mask mandates, and most Americans don’t think their state should have a mask mandate in place now, a reversal in opinion from just last month.

Most feel the mask mandates are being lifted because of declining COVID cases, but they also think politics and the fact that people are just tired of wearing them play a role, too.

We’ve seen some drop in support for mask mandates across demographic groups since last month. Most Democrats, those living in cities and those concerned about the virus still think their state should have a mask mandate in place, but support for that has declined some among these groups too. Those who support a mask mandate are particularly likely to say the pandemic is still going.

Overall, we can see the recent change in assessments of efforts to combat the virus and concern about it, which have tended to track with case numbers. Sixty-one percent of Americans now say efforts to contain the virus are going well, up 10 points from late last month, and the highest since the spring and summer months of last year, a time when cases were trending downward.

Over the last two years, most have been at least somewhat concerned about getting the virus, and most continue to be, but concern has receded some recently and is now at its lowest point to date.

And when Americans are asked to choose which issue is the most important facing the country, the economy and inflation and Russia’s invasion of Ukraine top the coronavirus.

Despite being more comfortable going out now compared to a year ago, those who remain concerned about the virus are more likely to suspect we’ll see more dangerous variants and less likely to say the pandemic is over.

Lasting changes for many

Millions say the pandemic caused lasting changes in their own lives — from the way they manage their own health to their personal relationships — as well as their political views. This personal impact has been felt most among those most concerned about the virus.

Most of those who have worked from home at some point say the pandemic has caused changes to the way they do their jobs.

This CBS News/YouGov survey was conducted with a nationally representative sample of 2,088 U.S. adult residents interviewed between March 8-11, 2022. The sample was weighted according to gender, age, race, and education based on the U.S. Census American Community Survey and Current Population Survey, as well as to 2020 presidential vote. The margin of error is ± 2.6 points.