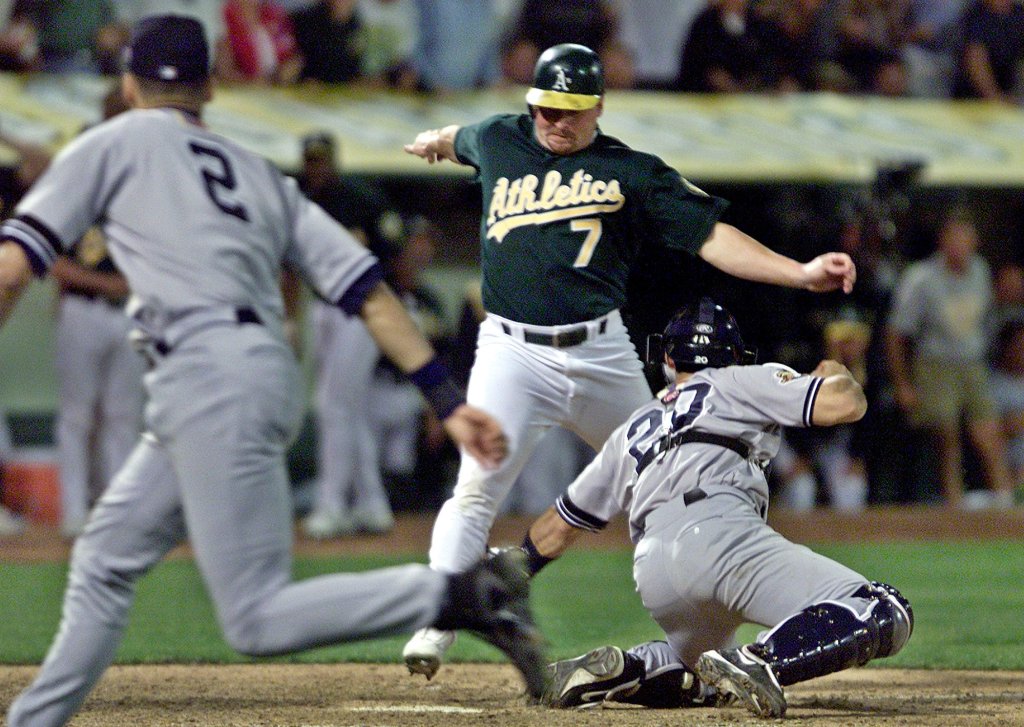 
“We are heartbroken to learn of the passing of a member of our Green and Gold family, Jeremy Giambi. We offer our condolences to Jeanne, Jason, and his family and friends,” said the Oakland Athletics in a tweet.

Giambi played six seasons in the majors with four teams — the Athletics, Phillies, Red Sox and Kansas City Royals. His final season in MLB was 2003.

The Red Sox tweeted Wednesday, “We mourn the loss of Jeremy Giambi, who spent six seasons in the major leagues, including 2003 with the Red Sox. We send our heartfelt condolences to the Giambi family.”

The Phillies posted a picture of Giambi. “The Phillies are saddened to hear the news about Jeremy Giambi’s tragic passing. Our condolences go out to his family during this very difficult time.”

Giambi’s most-remembered career moment was actually the highlight of another player’s. He was tagged out at the plate thanks to the famous Derek Jeter “Flip play,” turning the moment in the playoff series that the Yankees would go on to win after being down 0-2.