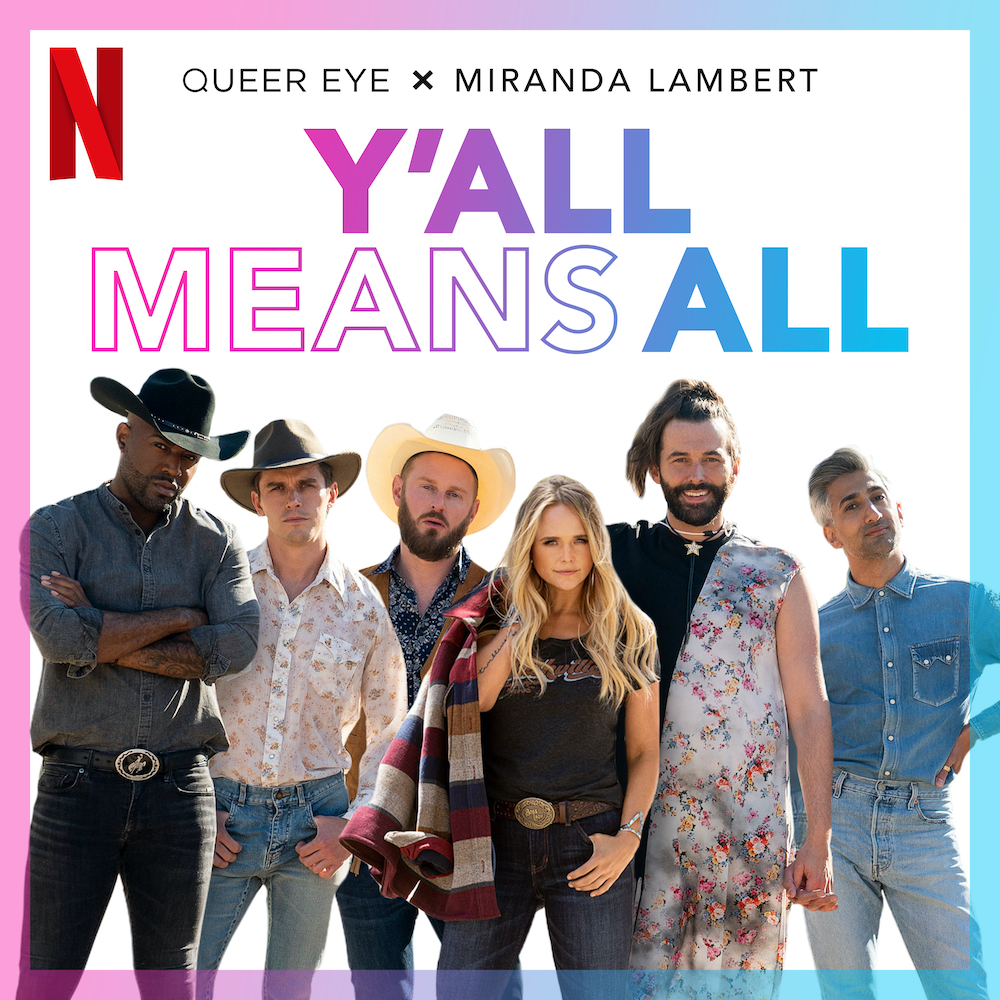 
In 2021, the great country star Miranda Lambert released two different albums — the rustic, lo-fi acoustic experiment The Marfa Tapes, recorded with her songwriting collaborators Jack Ingram and Jon Randall, and the Christmas LP Hell Of A Holiday, recorded with her side-project supergroup Pistol Annies. Today, on the last day of the year, Lambert has come out with a new song inspired by a Southern gay-rights slogan.

Lambert’s new single “Y’all Means All” comes from the new season of the reality show Queer Eye. That new season, which goes up on Netflix today, was filmed entirely in Texas, Lambert’s home state. Lambert co-wrote the song with two Nashville pros, Shane McAnally and Luke Dick, and Dick produced the track. It’s a bright, polished country-pop song with lyrics that are specifically about gay empowerment: “Yes queen, go queen/ Dip it like a Dairy Queen/ Put your inhibitions in a big U-Haul/ Goodwill Gucci/ Where my Chattahoochies?/ Out in the country, honey, y’all means all.”

Once upon a time, it would’ve been unthinkable for a big country star to make a song celebrating the LGBTQ people of the world. Today, it seems a bit trite and obvious, which its own kind of triumph. Listen to the song below.

“Y’all Means All” is out now on Vanner Records/Sony Music. The new season of Queer Eye is out on Netflix now.