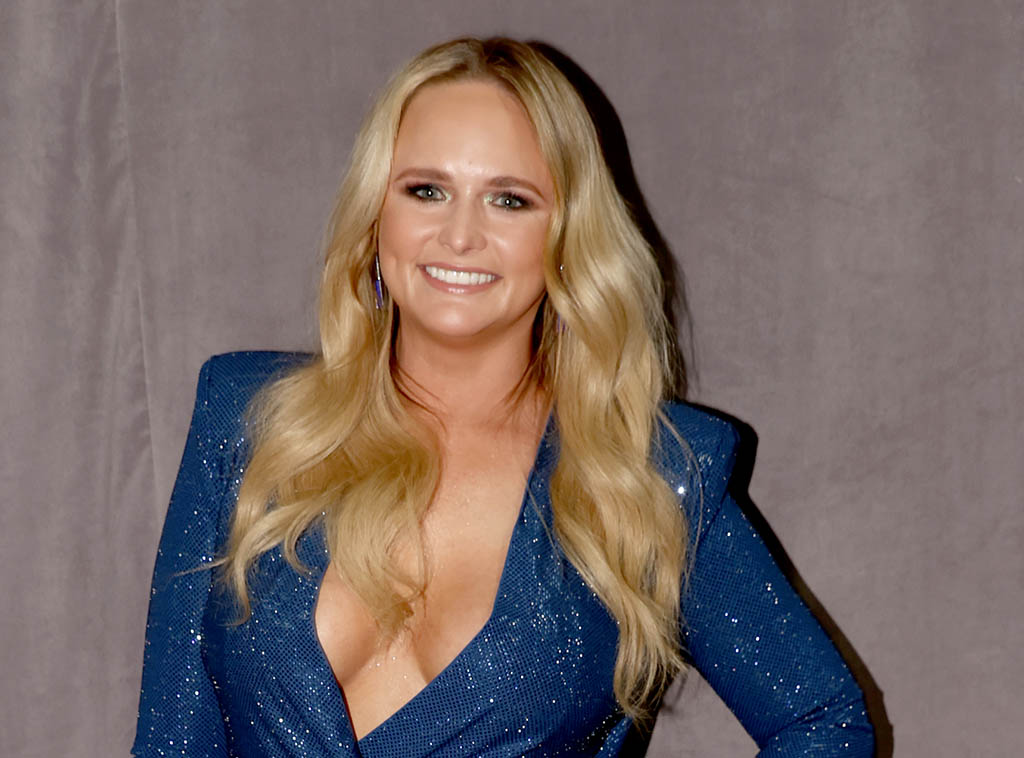 Miranda Lambert set out to make a statement at the 2022 CMT Awards in Nashville on Monday night.

While backstage with husband Brendan McLoughlin, the “If I Was a Cowboy” singer wore a glamorous knee-length dress. The blue number featured long sleeves with structured padded shoulders, covered in glitter for allover sparkle. Giving the piece a sultry edge was a deep neckline and asymmetric thigh-high hem. Lambert’s look was complete with sparkling earrings and a blue cocktail ring.

When it came to shoes, Lambert went similarly bold with a colorful pair of pointed-toe pumps. Her footwear featured sharp triangular toes, as well as metallic pink uppers. Both complementing and contrasting with her dress’ texture and color, Lambert’s pumps made a bold statement and were sleekly finished with stiletto heels likely totaling 3-4 inches in height.

The CMT Awards celebrate the top music videos and television performances by country musicians. The 2022 ceremony, broadcast from Nashville, will be hosted by Kane Brown, Anthony Mackie and Ballerini. This year’s event also includes numerous star-studded performances from Carrie Underwood, Miranda Lambert, Keith Urban and more. Nominations are led by Brown with four — including video of the year — as well as Ballerini, Mickey Guyton and Cody Johnson with three each. The show will be airing live from CBS and streaming in Paramount+ at 8 p.m. ET.

Discover more star arrivals at the 2022 CMT Awards in the gallery.