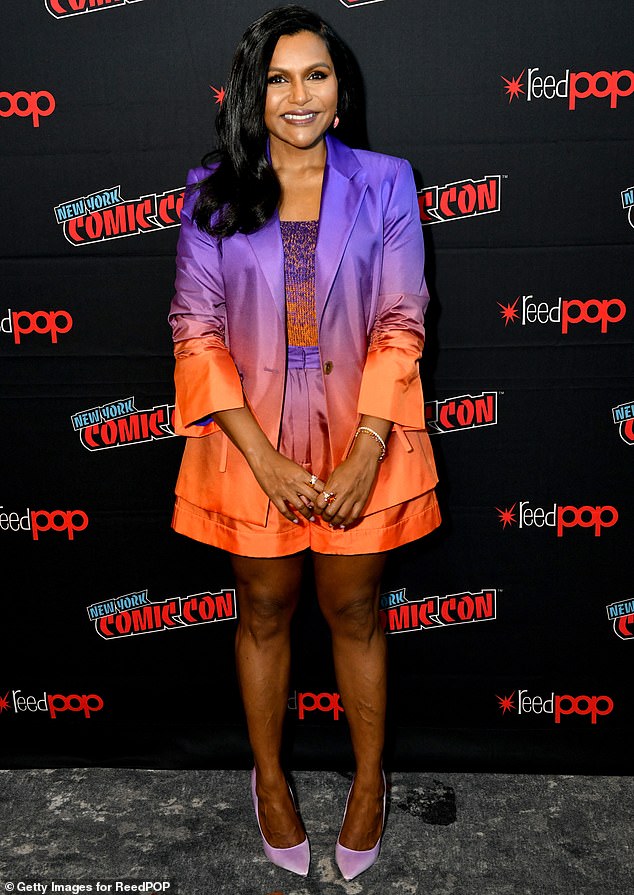 
Mindy Kaling turned heads in a colorful ensemble as she arrived to attend a panel at New York Comic Con earlier on Thursday.

The talented actress, 43, promoted her latest HBO Max animated origin series titled, Velma, which is a spin on the classic Scooby Doo series.

Other stars that were in attendance at the anticipated event included Constance Wu, who also has a leading voice role in the Velma animation, and James McAvoy, who promoted the final season of His Dark Materials.

The Mindy Project star showcased her toned legs in a pair of high-waisted shorts with hues of purple and orange.

The beauty added a mesh shirt underneath with the same color scheme, and added a colorful blazer on top to complete her overall ensemble for the star-studded event.

The actress slipped into a pair of closed-toe, lavender heels to coincide with her outfit.

Mindy’s hair was parted to the side, allowing her long locks to fall down past her shoulders in large, elegant waves. 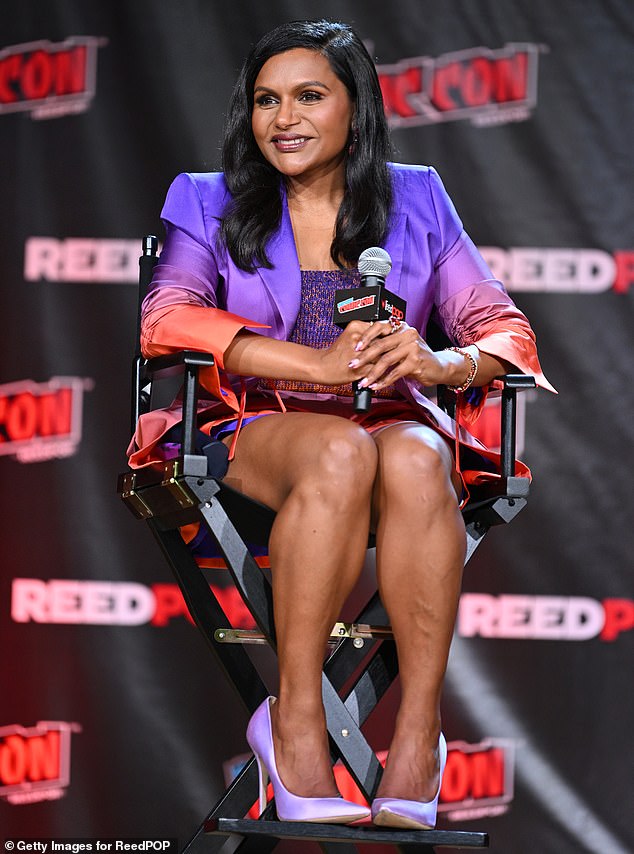 To accessorize her look for the day, the mother of two donned a colorful bracelet on her left wrist along with a pair of orange, dangly earrings.

Mindy was all smiles as she joined a special panel discussion to talk about HBO Max’s upcoming animated series called, Velma. She not only voices the title character, but also serves as an executive producer.

The reimagined series follows the ‘origin’ of the Scooby-Doo gang, and includes beloved characters such as Shaggy, Fred, and Daphne. However, Scooby himself will not be a character in the animation.

According to Deadline, Mindy opened up about the series during an interview amid the panel. ‘Most Indian American [women], when they see skeptical, hardworking under-appreciated characters, they can identify with her. The vast majority are ready for it. This show is for them.’

She also explained that she had always ‘identified with Velma,’ adding, ‘She was so cute but not traditionally hot, with a questionable haircut.’

‘I feel so honored I get to do the voice. She’s a truth teller, cutting through the bulls**t of life. When you are smart and under-appreciated. I hope people appreciate that.’ 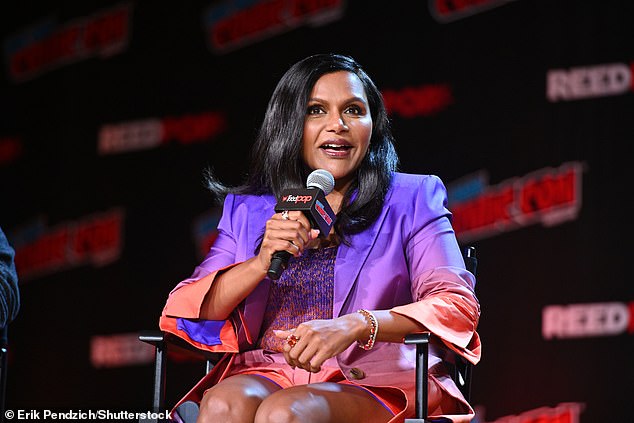 Multiple roles: The star not only voiced the character of Velma in the HBO Max animated series, but also served as an executive producer 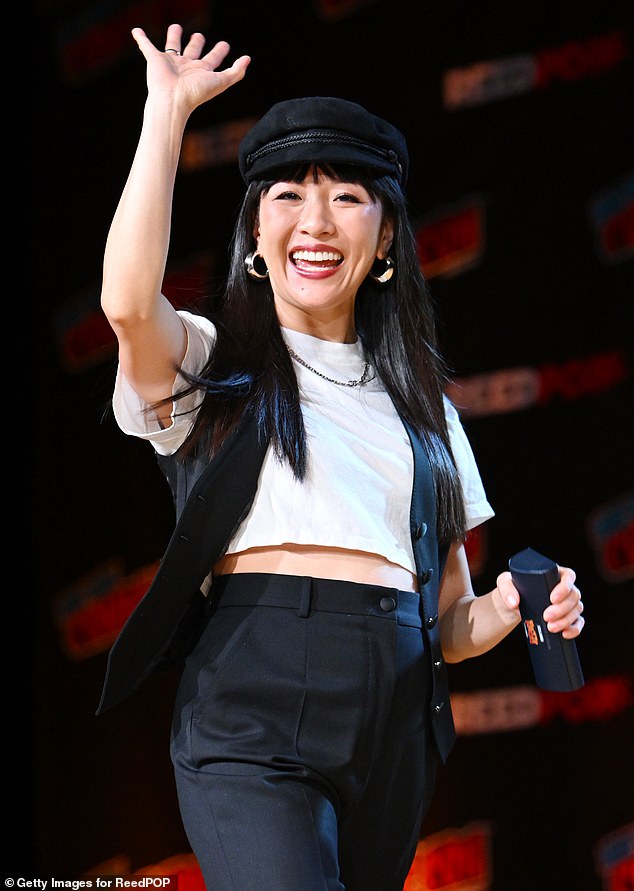 Other cast members: Constance Wu also stopped by to join the panel, and voiced the character of Daphne in the upcoming show

When talking about Velma’s character, Mindy added, ‘This is a journey of self discovery for her, which drew us to this character.’

‘It’s a high school show with the events and the dances in addition to it being a murder mystery. Obviously, Daphne and Fred are popular while Velma is an outsider. Seeing them come together is the fun about the show,’ she concluded, reported Deadline.

Other celebrities who joined the panel included Constance Wu, who voices the character of Daphne in the upcoming animation series.

She donned a pair of black slacks along with a white-cropped top and black vest that was left unbuttoned.

To accessorize her ensemble, the Crazy Rich Asians star added a black cap and gold-hooped earrings. 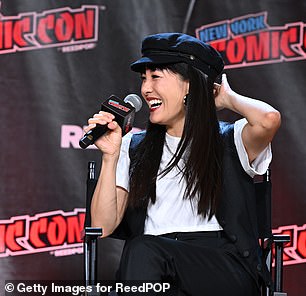 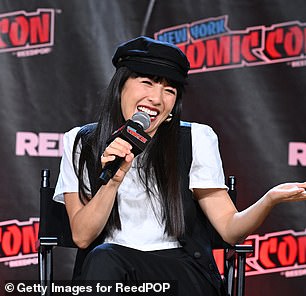 Happy: The actress appeared to be excited as she talked about her role in the upcoming HBO Max series called, Velma 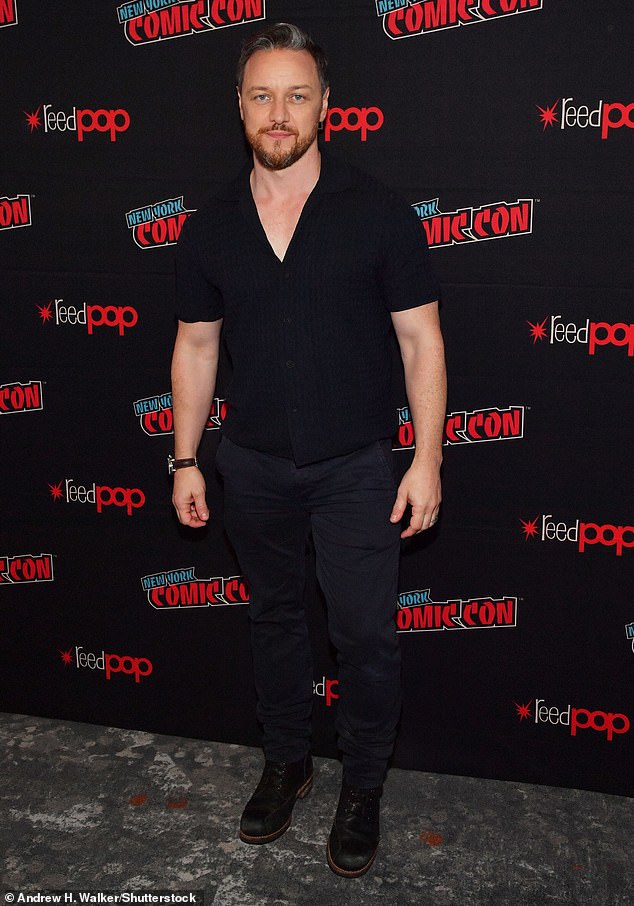 Alongside Mindy and Constance, other actors on the show include Sam Richardson, who voices Shaggy, and Glenn Howerton, who plays Fred.

A number of guest stars made small appearances throughout the episodes, including Jane Lynch. Velma is set to premiere next year in 2023.

Talented and renowned actor, James McAvoy, also attended Comic Con in the big apple on Thursday. He kept his look simple and casual, wearing a black button up and black pants.

He promoted the third and final season of HBO’s, His Dark Materials. The premise follows, ‘a young girl is destined to liberate her world from the grip of the Magisterium which represses people’s ties to magic and their animal spirits known as daemons.’

The series stars James, Ruth Wilson, Amir Wilson, and Dafne Keen. Executive producer, Dan McCulloh, gave a sneak peak of what the final season will entail at Comic Con, according to Entertainment Weekly.

‘This one ends in a pretty heart-wrenching, emotional, but also an incredibly profound way.’ 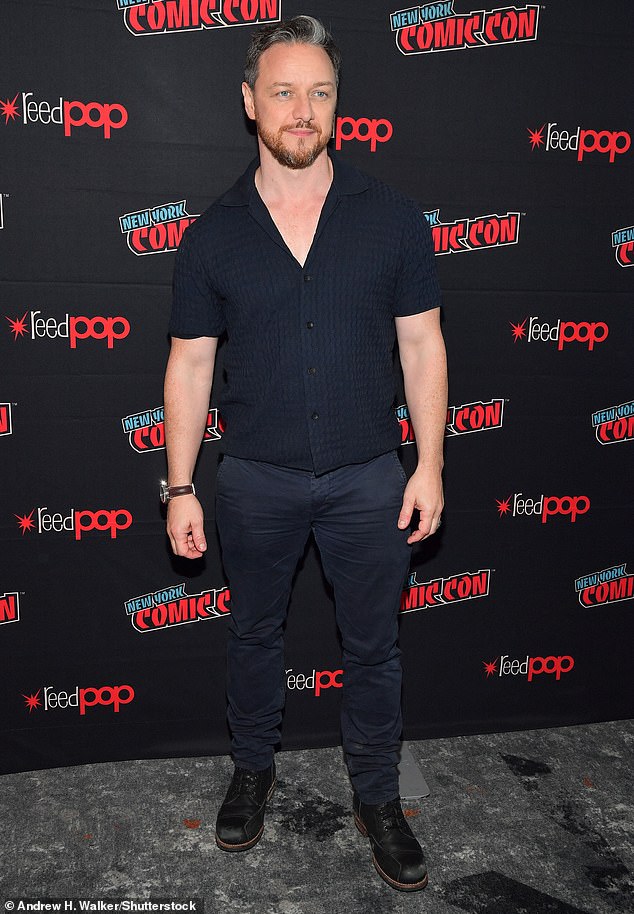 Promotion: James helped promote the third and final season of the hit series, His Dark Materials, on Thursday Signing: John Leguizamo stopped by the exciting event for meet and greets with fans, and an autograph signing

Another star who stopped by the event earlier on Thursday was John Leguizamo. Fans had a chance to meet the star for an autograph signing.

The actor is known for working on projects such as Ice Age, John Wick, and Super Mario Bros.

New York Comic Con officially kicked off on Thursday, and will conclude on Sunday, October 9.