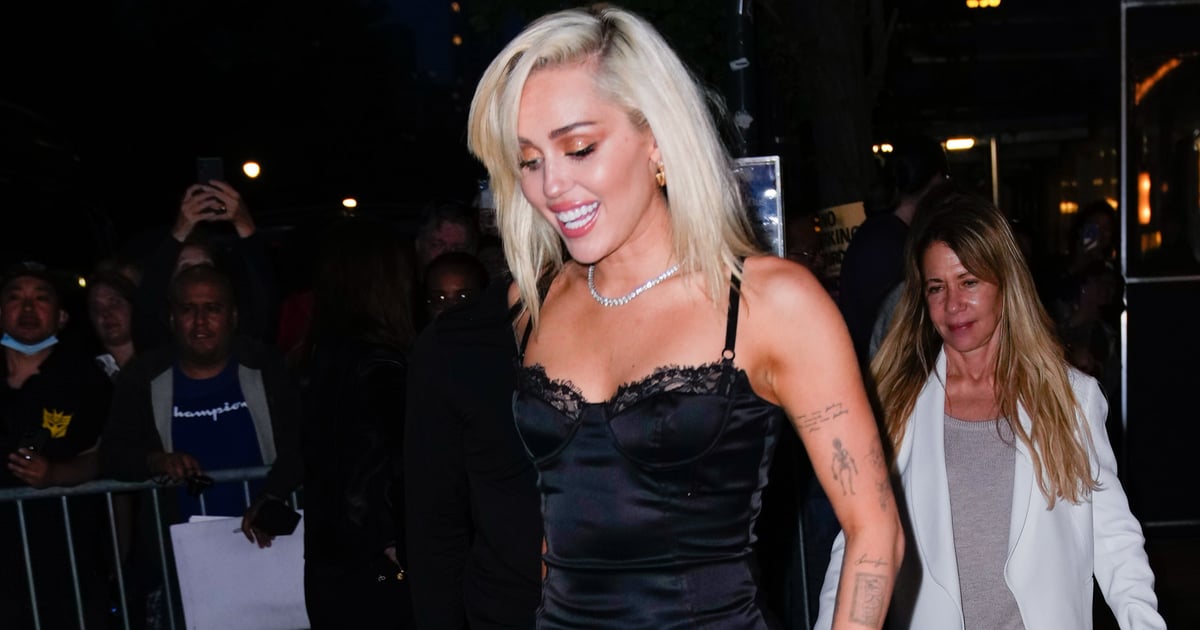 Following performances at Lollapalooza in South America, where she showed off a wide range of sultry, on-trend catsuits, Miley Cyrus is back in New York City, running to press events. She also just announced her 2023 New Year’s Eve party, partnering with “Saturday Night Live” producer Lorne Michaels for the second year in a row to host the fête. Cyrus attended the NBC Upfronts dinner at seafood restaurant Marea in Central Park, where she sported a black, lace-trimmed satin slip dress by John Galliano and fishnet tights. The combination was a textbook display of the musician’s personal style, which usually incorporates quintessential rock-star details. Case in point: she finished the look with a diamond choker necklace, gold and emerald hoop earrings, a single silver ring, and patent slingback heels.

Cyrus’s fitted mini, complete with a bustier bodice and underwire, embodied the lingerie-as-outerwear trend. With the mesh stockings, the overall ensemble exuded Cyrus’s signature brand of cool. The 29-year-old star stopped by “Late Night With Seth Meyers,” where she wore yet another boudoir-inspired design: a silk midi courtesy of Alexander McQueen. As she continues to work with longtime stylist Bradley Kenneth, clearly any outfit she packed for this trip — whether for an onstage performance or street style moment — will be aligned with the early-2000s aesthetic she’s embraced lately.

Ahead, see more of Cyrus in her Galliano slip, then shop her look and zoom in on her side-parted, platinum-blond hairstyle, which paired perfectly with her Y2K-inspired wardrobe.