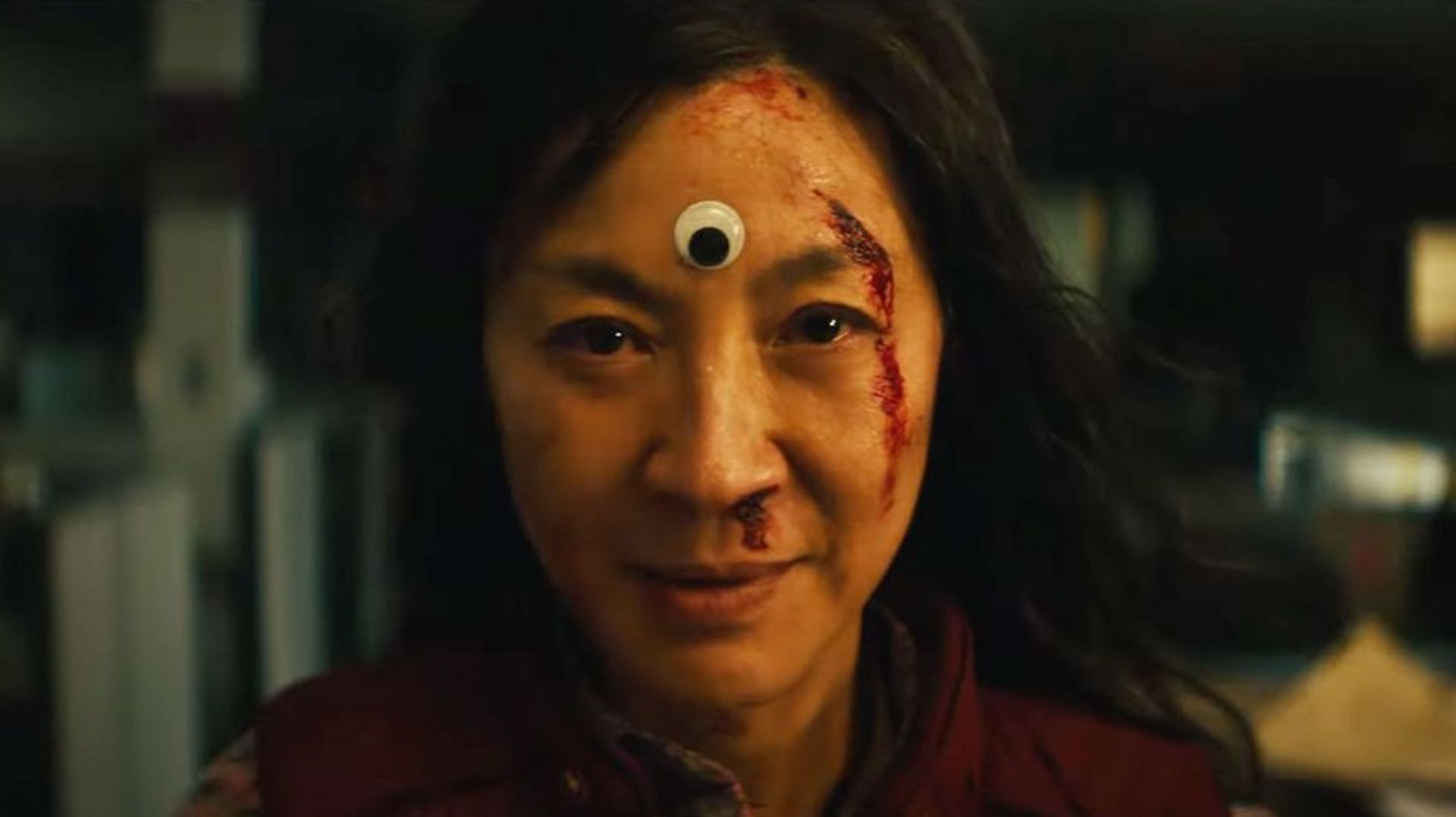 Why let the superheroes have all the fun when you could see global superstar Michelle Yeoh at the center of her own multiverse?

The eye-popping first trailer for “Everything Everywhere All At Once” is here from the minds of the filmmaking duo Daniels (aka writer-directors Daniel Kwan and Daniel Scheinert), whose past credits include “Swiss Army Man” ― affectionately known to some as that Daniel Radcliffe “farting corpse movie.”

The sci-fi action-adventure claims to be about “an exhausted Chinese American woman who can’t seem to finish her taxes” — but as the first look makes clear, all is not what it seems. The trailer opens with Yeoh sitting across from a nearly unrecognizable Jamie Lee Curtis, who admonishes her for a less-than-organized approach to her financial situation.

“Now, you may only see a pile of receipts, but I see a story,” says Curtis, in full pencil-pusher mode. “I can see where this story is going. It does not look good.”

Soon enough, Yeoh’s character is yanked from the meeting and hurtling through various universes, where she’s seen exiting a limo at a glamorous movie premiere, opera singing, fighting off hordes of bad guys, twirling a sign roadside and flexing some expert hibachi skills.

Her constants appear to be her daughter (Stephanie Hsu) and husband (Ke Huy Quan), who explains that there are thousands of versions of Yeoh across the multiverse and she can “access all their memories, their emotions, even their skills.”

Most notable are her martial arts abilities, as Yeoh, who is best known for her many contributions to the genre, battles a “great evil” that’s leaching into different universes and that even inhabits Curtis’ character.

Yes, that means we’re treated to a gloriously bizarre face-off between the two screen titans. Your move, Marvel.

Following its world premiere at SXSW, “Everything Everywhere All at Once” will hit theaters on March 25, 2022. Watch the trailer below.