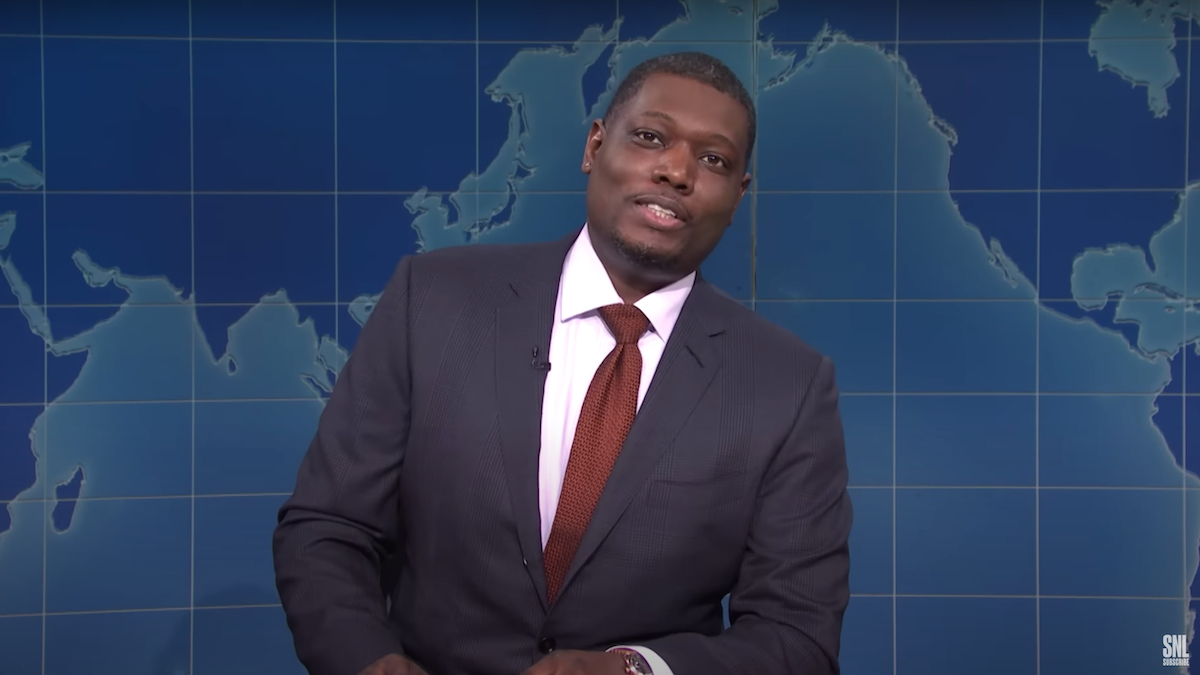 The next season of Saturday Night Live is going to look a little different from what we’re used to, but not every one is leaving. Following the news earlier this month that Kate McKinnon, Aidy Bryant, Pete Davidson, and Kyle Mooney were all departing the show, Weekend Update anchor Michael Che said he “[doesn’t] have any plans to leave just yet.”

“I think I’m staying,” Che told The Ringer’s Bill Simmons on his self-titled podcast. “I never know, it’s hard. Once the season’s over it’s best to not to make decisions like towards the end of the year because all you want to do is get out of there, you’ve had your fill. But August or September is usually a different story. I don’t have any plans to leave just yet.”

Simmons did poke fun at Che’s indecisiveness, as the comedian has previously hinted at at his plans to leave: “You’re like Tom Brady — I never know,” the podcast host said.

Elsewhere in the interview, Che talked about finding the right chemistry with Jost on Weekend Update, how social media has affected comedy, the best advice Lorne Michaels has given him, and more. Listen to Che’s segment on The Bill Simmons Podcast below; the comments above begin at around the 43:20 mark.

Outside of SNL, Che has kept himself busy over the last year with his HBO Max series That Damn Michael Che, which returned for Season 2 today, as well as his recent Netflix comedy special Michael Che: Shame the Devil.

Ed. Note: Check out our picks for the funniest SNL sketches of the last 10 years.