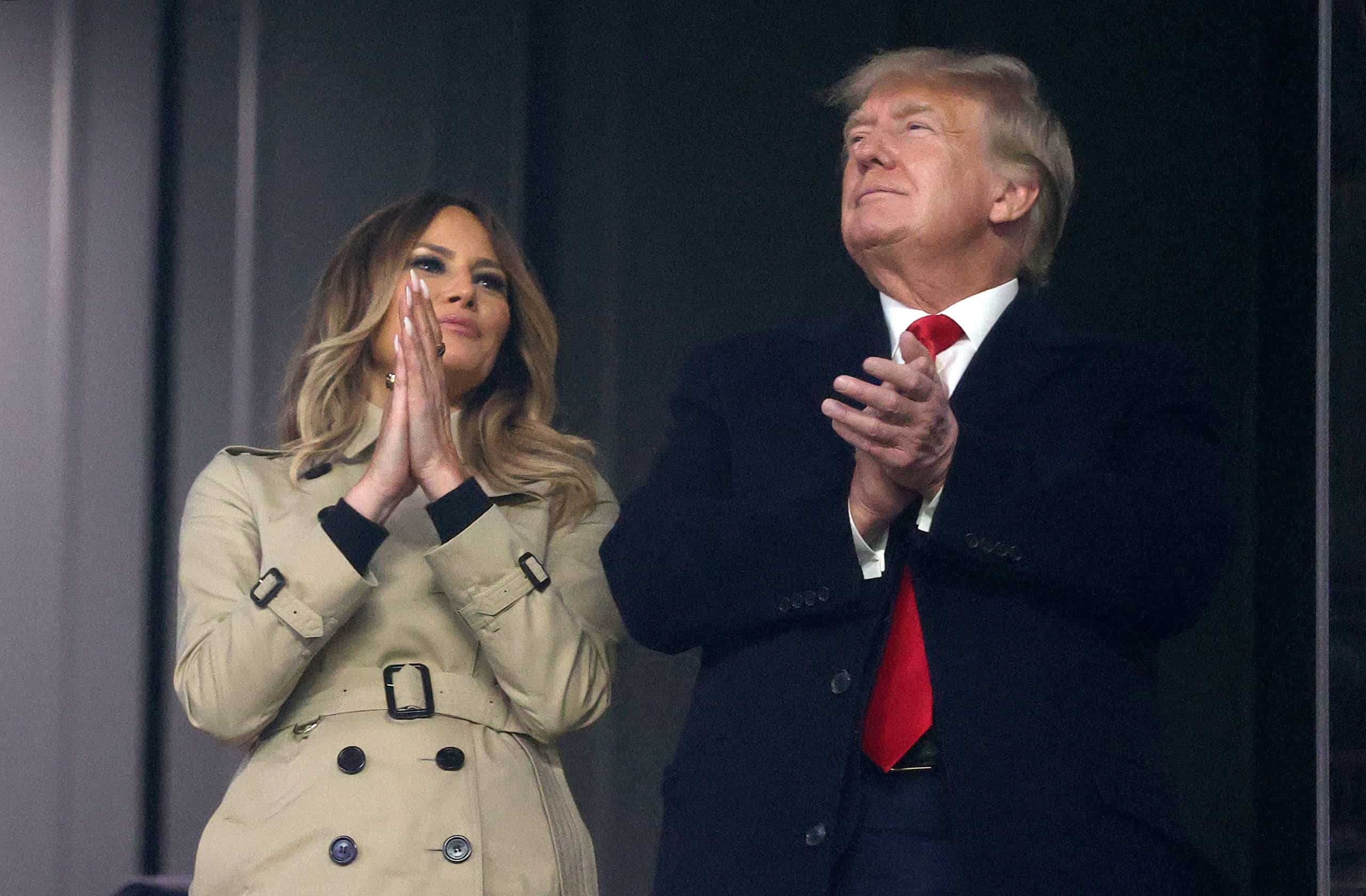 
One thing folks seem to get a kick out of is Donald and Melania Trump’s public interactions. From the moment Trump became president until the time after, there’s been a public fascination with a particular theory. To keep it short, there’s a common belief that Melania is fed up with Trump. There’s been several moments over the years where cameras have caught looks of disgust beamed at Donald. Well, one social media user caught a recent, cutthroat look from Melania and blasted the moment on Twitter.

“Did she just roll her eyes at him,” Jenna Scribbles (@JAScribbles) captioned the four-second video. “I’d like to add her thought bubble, “Get me away from him.”

As mentioned, the video starts and ends in about a blink of an eye. Nonetheless, the bad taste in Melania’s mouth is evident. Wearing a tan trench coat, Melania is seen standing beside her husband, who rocked a dark blue suit and red tie. The married couple attended Game Four of the World Series between the Houston Astros and the Atlanta Braves.

Melania smiled as she looked out to the crowd. When her head turned slightly and she caught Donald in her view, her smile seemingly melted into a disturbed expression with a straight mouth. Along with the dropped mouth, Melania appears to cut her eyes extra hard at Donald while turning her head away from him. Again, it’s a short moment, but just long enough to catch the perp.

Since its publishing on Saturday evening, the clip has received over two million views. It also racked up more than 500 comments, over 1,200 retweets and quote tweets and upwards of 3,300 likes.

Now this is the kind of material from Melania that even the roommates can’t get enough of. After being posted to The Shade Room’s Instagram account, the video received an additional 1.5 million views along with more than 7,000 comments echoing the “she tired of him” sentiment.