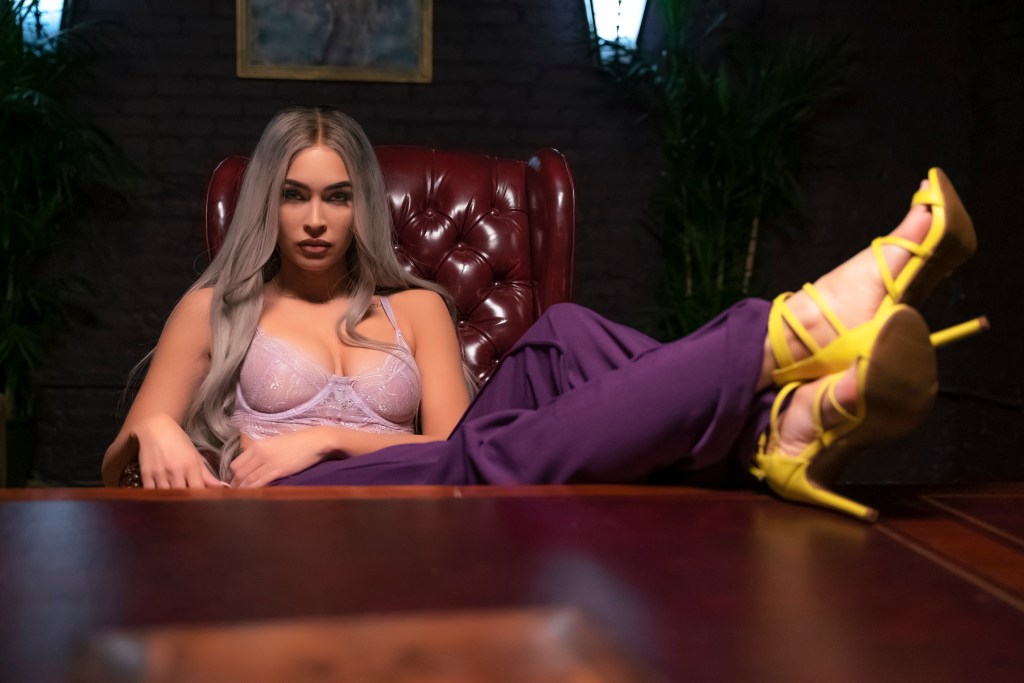 Directed by Tom DeNucci (Vault), the movie is due to get a theatrical launch later this year and be available day-and-date in Redbox kiosks and on demand. Above is a first look at Fox in the feature.

The spin on the iconic Bonnie and Clyde story follows two serial killers (Jogia, Russell) who are madly in love and on a shocking crime spree. They ultimately set their sights on robbing a prosperous casino run by a crime boss, Alana (Fox), and her head of security, Guy (Ritter).

Written by DeNucci and Nick Principe, Johnny & Clyde was produced by Chad A. Verdi (Bleed For This), Michelle Verdi (Silence), Chad A. Verdi Jr (Wash Me in the River), Paul Luba (Hot Seat), and Nick Koskoff (Vault). Verdi Productions produced and financed the project and VMI Worldwide is handling international sales.

The deal was negotiated by Marc Danon of Redbox Entertainment, J.D. Beaufils of VMI Worldwide, and Chad A. Verdi of Verdi Productions.

“Fans of dark, gritty action movies are going to love Johnny & Clyde,” said Galen Smith, CEO, Redbox. “Tom has created a film that will have fans on the edge of their seats. We’re looking forward to releasing the film later this year.”

“This film will keep fans engaged from beginning till the end. A true thriller with a twist of humor,” stated producer Chad A. Verdi.