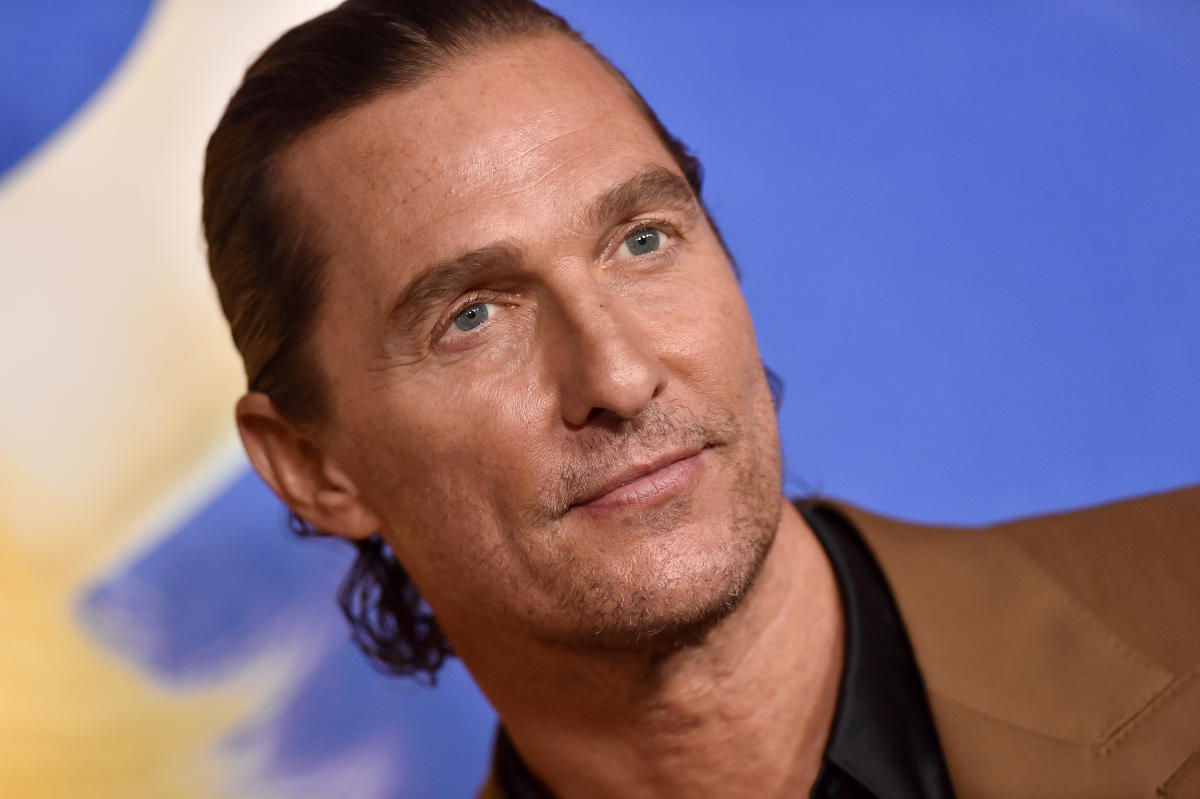 
Matthew McConaughey paid a visit to his hometown of Uvalde, Texas to show support for the community reeling from Tuesday’s mass shooting at Robb Elementary School, in which 19 children and two teachers were fatally shot.

Republican congressman Tony Gonzalez, whose congressional district includes Uvalde, shared a photo on Twitter in which the 52-year-old actor can be seen posing with the politician and Uvalde School District staffers. Fox News reports that McConaughey appeared at the Uvalde Civic Center on Friday and did not respond to questions from the press.

Gonzalez went on to thank the Oscar winner for “helping us heal.”

Though his family later moved to East Texas, McConaughey was born in Uvalde, where his mother taught at a school near the Robb campus. The day after Tuesday’s mass shooting, the star — who recently floated, then rejected, the possibility of running for governor of his home state — posted an emotional message reacting to the tragedy and calling for change.

“Once again, we have tragically proven that we are failing to be responsible for the rights our freedoms grant us,” he wrote in a statement posted to social media.

“The true call to action now is for every American to take a longer and deeper look in the mirror, and ask ourselves, ‘What is it that we truly value? How do we repair the problem? What small sacrifices can we individually take today to preserve a healthier and safer nation, state and neighborhood tomorrow?'” the Dallas Buyers Club star asked. “We cannot exhale once again, make excuses and accept these tragic realities as the status quo.”

“It’s time we re-evaluate, and renegotiate our wants from our needs. We have to rearrange our values and find a common ground above this devastating American reality that has tragically become our children’s issue,” he continued.

“This is an epidemic we can control, and whichever side of the aisle we may stand on, we all know we can do better. We must do better. Action must be taken so that no parent has to experience what the parents in Uvalde and the others before them have endured.”

He finished the post by writing, “To those who dropped their loved ones off to school not knowing that today was goodbye, no words can comprehend or heal your loss, but if prayers can provide comfort, we will keep them coming.”

McConaughey isn’t the only Texas-born celebrity speaking out about Uvalde. Fellow Oscar winner Jamie Foxx, a native of Terrell, posted a blistering note calling out politicians and “so-called Christians.”

“Never thought I would live in a society, a ‘Christian society,’ where they would let little children die over and over again and still not change any laws,” the Ray actor wrote. “If the people in this country are leaders and so-called Christians… if they are going to heaven… I’LL PASS!!!!!”