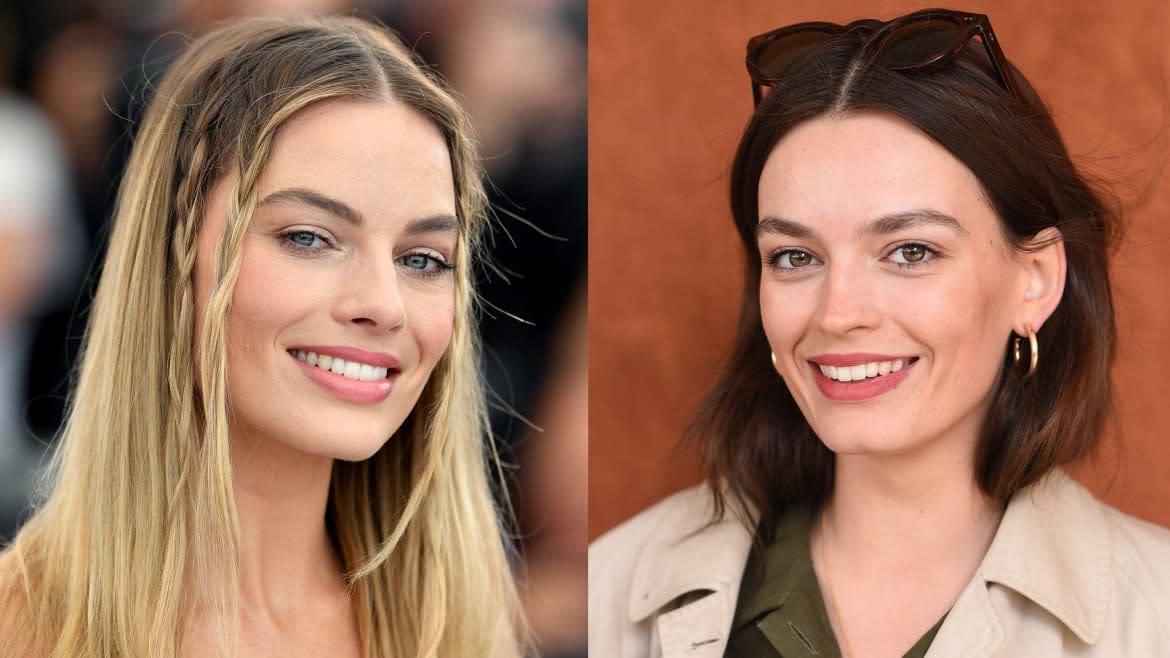 
Life in plastic is fantastic for Sex Education star Emma Mackey, who is set to appear opposite her lookalike Margot Robbie in the upcoming Barbie movie. Rumors of the casting news broke late last month, heightening the anticipation around this live-action take on the iconic Mattel doll, and on Monday, The Hollywood Reporter confirmed Mackey’s involvement.

Fans are already beside themselves with excitement at the prospect of seeing these celebrity twins on screen at the same time. “Emma Mackey and Margot Robbie being in Barbie (2023) together yeah…still processing the news,” one Twitter user succinctly wrote. Other fans have speculated that Mackey will be playing Barbie’s younger sister, Skipper. (Robbie is, of course, playing the titular blond doll.)

THR also announced that Will Ferrell is joining the A-list ensemble and, while details are currently under wraps, he is reportedly portraying the CEO of a toy company.

For a movie about a child’s doll, Barbie boasts some major star power. In addition to the high-wattage cast, the screenplay was penned by filmmaking power couple Noah Baumbach and Greta Gerwig. Gerwig will be directing, marking her first feature film since giving us the gift of an extra-broody Timothée Chalamet wearing period costumes and pouting his way through 2019’s Little Women.

The Barbie adaptation has been a long time in the making. The project was first announced all the way back in 2016 with Amy Schumer in the lead role. Schumer dropped out just a few months later, citing scheduling issues, though she recently divulged she was disappointed with the direction the studio wanted to take her character. “They definitely didn’t want to do it the way I wanted to do it, the only way I was interested in doing it,” she said in an interview with The Hollywood Reporter.

We won’t have to wait much longer to visit the Dreamhouse—Barbie is slated for release next year.

Read more at The Daily Beast.

Get the Daily Beast’s biggest scoops and scandals delivered right to your inbox. Sign up now.