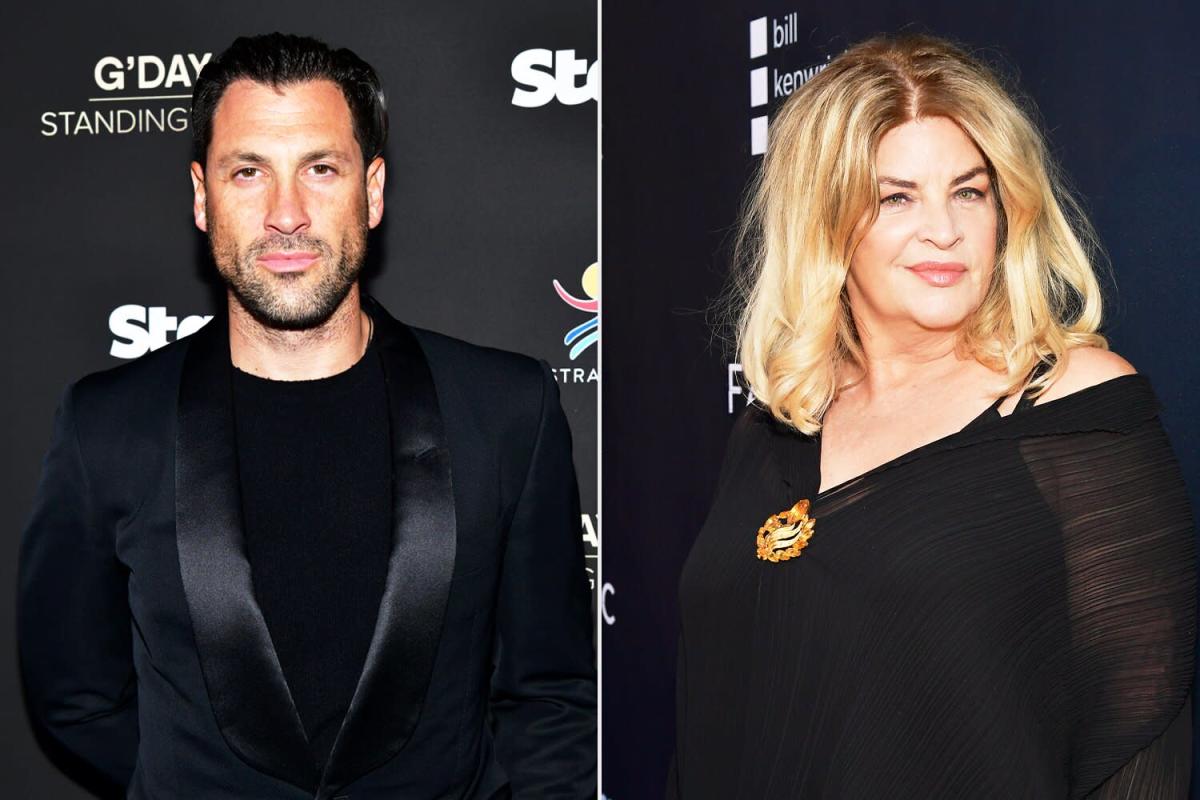 Maks Chmerkovskiy is calling his former Dancing with the Stars partner Kirstie Alley out after she posted about the war in Ukraine on Twitter.

In a since-deleted Tweet that Chmerkovskiy, 42, reposted to his Instagram Story on Saturday, Alley, 71, wrote, “I don’t know what’s real or what is fake in this war. So I won’t be commenting. I’ll pray instead.”

Chmerkovskiy — who was born in Ukraine and has been in the country during the ongoing Russian invasion — shared his own message in response to Alley’s tweet. He wrote over the screenshot, “Dear Kirstie, we haven’t spoken in a while, but I clearly remember being right next to you while you were organizing trucks of aid during Hurricane Sandy and I remember all that you were saying to me about situations where innocent are suffering.”

“That same energy is needed right now. No one needs your prayer if you don’t know what’s real or fake,” he added.

Before sharing his public message to Alley, Chmerkovskiy posted additional updates from Ukraine, where he’s been keeping his followers up-to-date on his Instagram Story.

“The night went fine but there was a lot of shooting in Kyiv and some neighborhoods around … This is real, this is really happening,” he said, before giving further details about two of his friends who had left the country.

“A friend of mine drove from yesterday morning … it took them 17 hours to get to the border from Kyiv,” Chmerkovskiy said, adding that typically the trip takes about five hours. “Everything is crazy.”

He continued, “Another friend of mine … they’re going to try and make their way over to the border to get reunited with some distant relatives who flew in and they’re in Poland now.”

The DWTS pro said that at the Ukrainian border, men cannot leave the country: “If the families are going all together, the men have to stay back and go back, and women can go forward.”

He also said the next 24 hours would be “crucial,” and admitted that he was “not a military adviser,” but told his followers, “it seems like the Ukrainians are making a pretty dramatic stance and [are] pretty heroic and pretty historic, if I may.”

Chmerkovskiy stressed the importance of “public outcry” in response to the war in Ukraine, urging his followers, “Keep doing that. The more this bombardment happens, the more it becomes reality of what’s really happening versus what you’re being told … Let’s just be as loud as we can … It is not your fight, until it is. Don’t want to be dramatic, but I don’t feel safe in my distant Malibu if Ukraine falls under this situation.”

Russia began its invasion of Ukraine earlier this week, according to the Ukraine government. The attack is still evolving, but explosions and airstrikes have been reported, with threats mounting against the capital, Kyiv, a city of 2.8 million people.

Numerous residents have been seen trying to flee. “We are facing a war and horror. What could be worse?” one 64-year-old woman living in Kyiv told the Associated Press.

President Vladimir Putin’s aggression toward Ukraine has been widely condemned by the international community, including with economic sanctions and NATO troops massing in the region. Putin insists Ukraine has historic ties to Russia and he is acting in the interest of so-called “peacekeeping.”

The Russian attack on Ukraine is an evolving story, with information changing quickly. Follow PEOPLE’s complete coverage of the war here, including stories from citizens on the ground and ways to help.