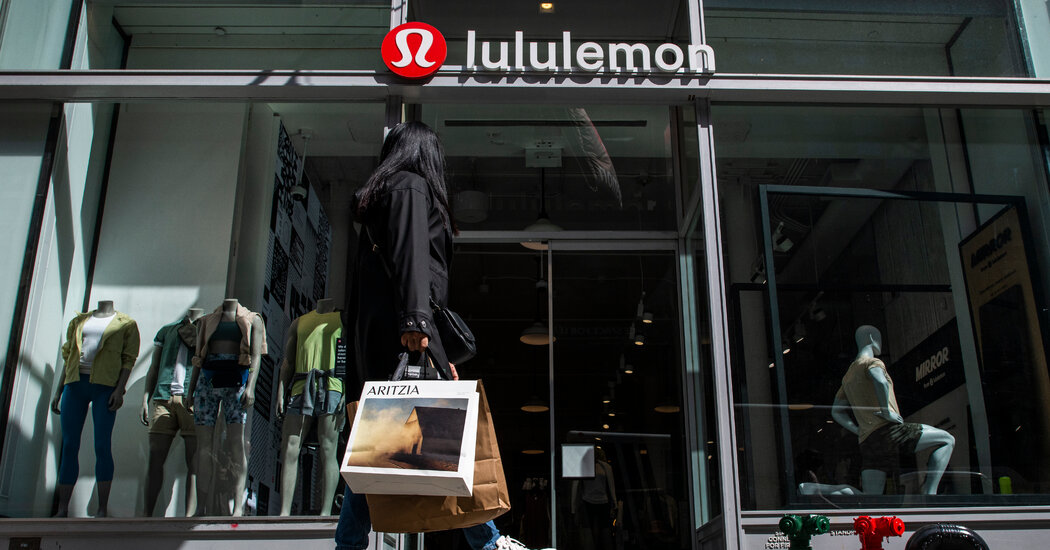 
Lululemon, the athleisure brand that was a rare retail success story during the pandemic, said on Tuesday that it would begin selling athletic footwear for women this month, underscoring its growth ambitions and how it hopes to outfit its customers from head to toe.

The company said that it would introduce a running sneaker known as “blissfeel” on March 22 for $148. It plans to add three other styles, including a slide and a training shoe, this summer and fall.

Lululemon, which was founded in 1998, has flourished in recent years amid a broader shift toward workout wear in day-to-day life and an expansion into athleisure for men. Unlike many retailers, it thrived during the pandemic: Its affluent consumers flocked to its wares during an era of remote work and at-home fitness, and they were quick to pivot to online shopping when stores were either closed or offering limited services.

The company, which acquired the home fitness start-up Mirror during the pandemic, said it anticipated that its 2021 sales would climb to at least $6.25 billion, up from $4.4 billion in 2020 and $3.3 billion in 2018. That would exceed sales of the Gap brand and Banana Republic combined, and compares with $6.8 billion in annual revenue for Victoria’s Secret — cementing Lululemon as one of the biggest specialty apparel brands in the world.

Lululemon has sold shoes from an outside brand in its stores in the past and saw that customers were interested in buying footwear from the retailer. The company’s chief executive has referred to the launch this spring as a “test and learn” opportunity, and Lululemon emphasized on Tuesday that its new shoes were designed with women in mind.

“We intentionally started with women first because we saw an opportunity to solve for the fact that, more often than not, performance shoes are designed for men and then adapted for women,” Sun Choe, Lululemon’s chief product officer, said in a statement. “That didn’t sit well with us.”

Women accounted for 69 percent of Lululemon’s sales in 2020, and North America made up 86 percent of its revenue.