Luke Hemsworth and his wife are celebrating a major milestone.

On Thursday, the Aussie actor and eldest brother of Chris and Liam Hemsworth, shared a loving tribute to his partner of 14 years, Samantha Hemsworth, honouring their wedding anniversary.

Luke, 41, shared a series of loved-up snaps with Samantha from their time as a married couple.

“14 loooooong years of marriage. I hope the years get longer. Happy anniversary @thesamanthahemsworth #ilikeyouilikeualot,” he captioned his post.

Samantha also celebrated their wedding anniversary, posting a picture of the couple on a boat together via her Instagram.

While he’s best known for his role in Westworld, Luke appeared on 10 episodes of Neighbours in 2001, and his brothers made brief appearances on the show a few years later.

Luke and Liam also acted alongside each other in the show The Elephant Princess. 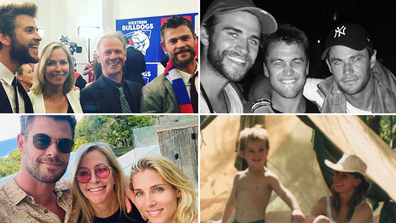 Your complete guide to the Hemsworth family