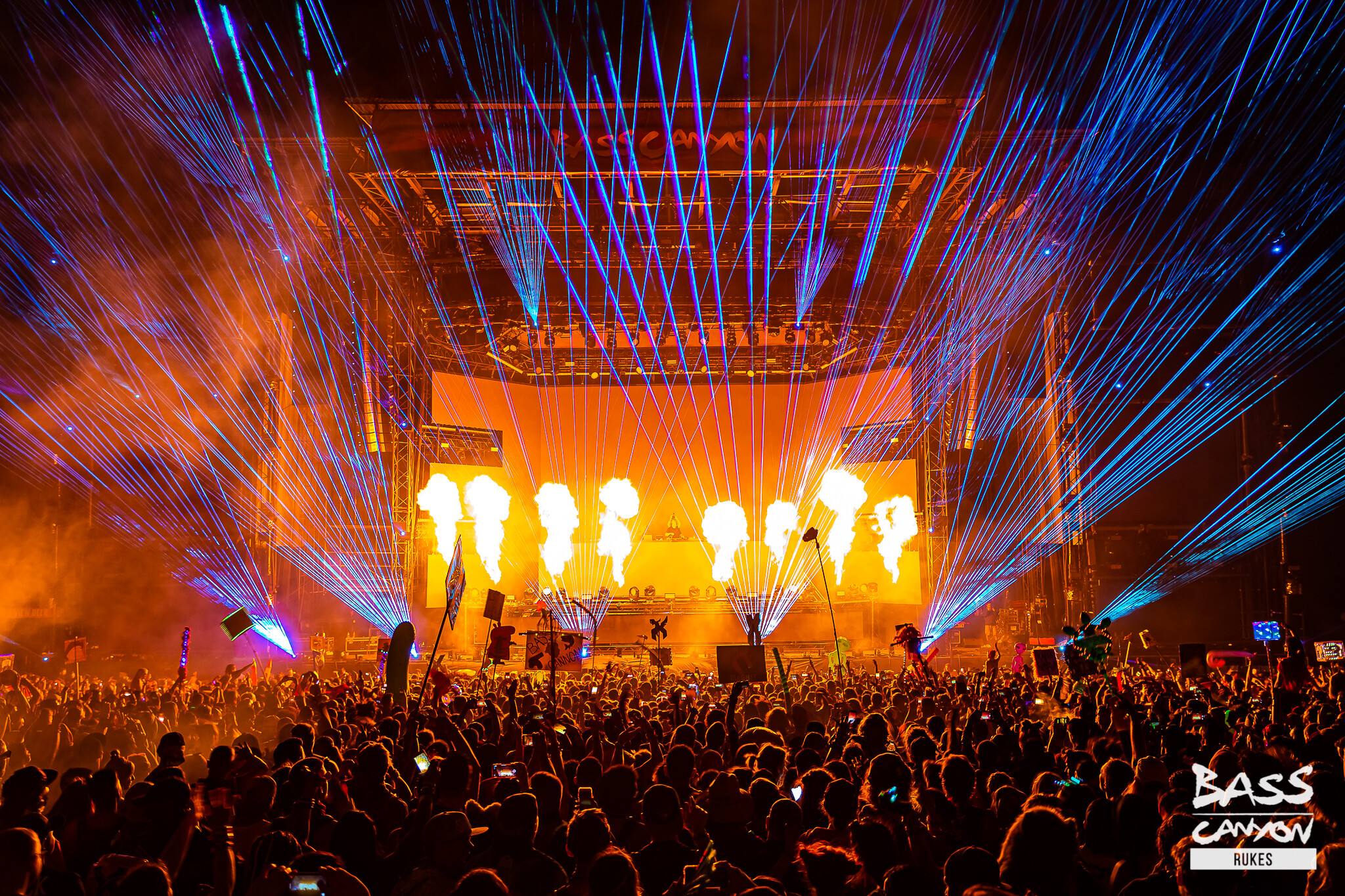 
Possible disaster was avoided this weekend at the Gorge Amphitheater where Bass Canyon is currently underway. According to a report from the Grant County Sheriff’s Office, a man was stopped by venue security and afterward arrested by police after he was seen inhaling an unknown gas from a balloon and then loading two 9mm pistols.

The man was allegedly asking concertgoers when the show ended and where people would be exiting from.

“Citizens and security notified deputies around 9 p.m. of a man in the parking lot,” the report states. “Witnesses’ suspicions were raised when they saw the man inhale an unknown substance or gas from a balloon and then load two 9mm pistols from the trunk of his car. The man concealed one pistol in the rear of his waistband and the other in an outside-the-waistband holster. The suspect, later identified as 30-year-old Jonathan R. Moody of Ephrata, approached concertgoers, asking what time the concert ended and where people would be exiting the venue. ”

It continues, “Moody did not make access inside the venue. Venue security detained Moody outside of the venue gates and disarmed him of the two loaded 9mm pistols. After investigating, deputies arrested Moody on suspicion of one count of possession of a dangerous weapon and one count of unlawful carrying or handling of a weapon. Moody was lodged in the Grant County Jail.”

We’re grateful for the quick action of both venue staff and the local sheriff’s deputies on site. Thankfully, no one was injured and the show continues today and tomorrow.