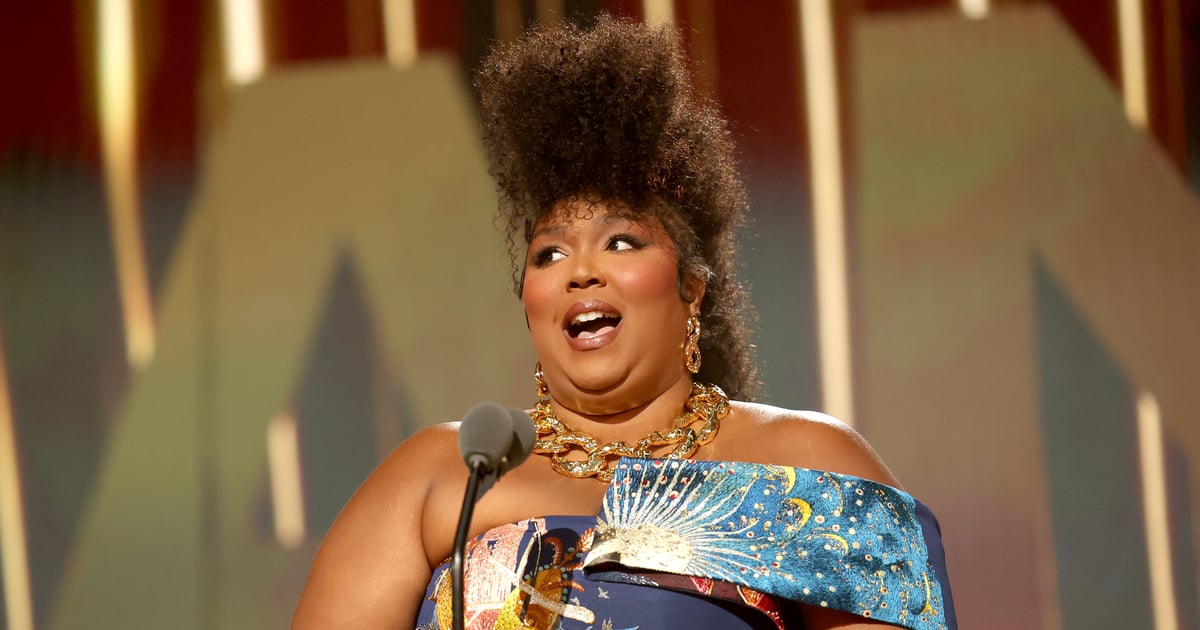 
Lizzo experimented with another unexpected hairstyle at the 2022 People’s Choice Awards. Just weeks after rocking a mullet on the cover of Vanity Fair, the “2 B Loved” singer debuted a fauxhawk while accepting the people’s icon award during the ceremony on Dec. 6.

Rather than shaving the sides of her head to achieve an actual mohawk, Lizzo‘s hairstylist, Shelby Swain, gathered her curls on top of her head, slicked up both sides to mimic that shaven look, and secured the style in place with several gold hair pieces from Brooklyn-based jewelry brand Alexis Bittar. The twisted metallic clips matched her earrings, necklace, and bracelets and coordinated with the shiny threads woven into her Alexander McQueen gown.

Lizzo’s hair commanded attention when she took the stage twice during the show: first, to accept the people’s icon trophy from her mom, Shari Johnson-Jefferson, and later on, while receiving the song of the year award for her hit “About Damn Time.”

As for the rest of Lizzo’s beauty look at the PCAs, celebrity nail artist Eri Ishizu gave her a red ombré french manicure embellished with crystals, and makeup artist Alexx Mayo — who’s been responsible for the singer’s incredible eyeshadow on tour lately — gave her a soft glam look with rosy cheeks and neutral lips.

Read ahead to take an all-angles look at Lizzo’s chic fauxhawk, then catch up on the other memorable hair, makeup, and nail moments from the PCAs.