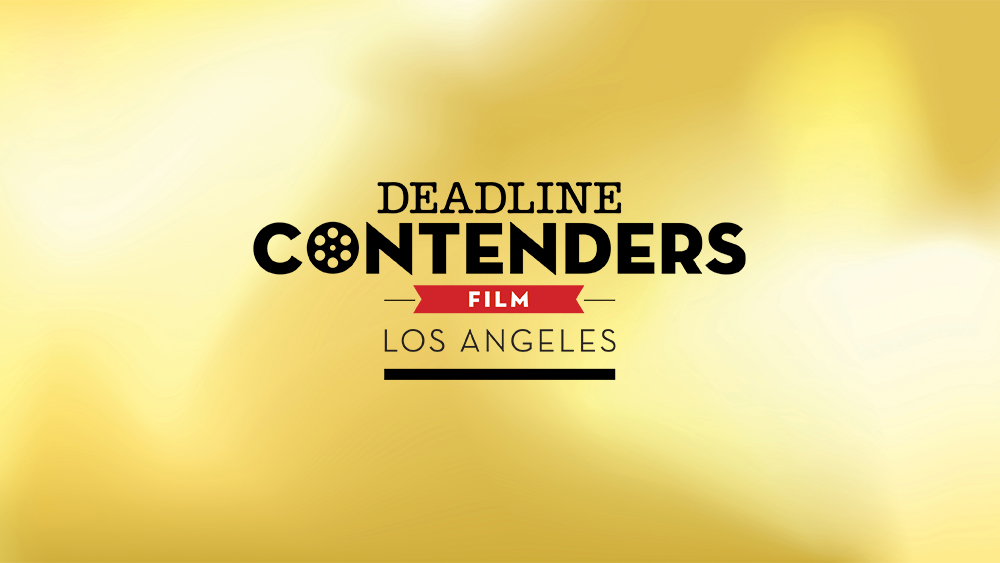 
Deadline’s Contenders Film: Los Angeles returns to a live and in-person edition today, with panels featuring 31 of the buzziest awards-season titles being presented in our annual all-day showcase that returns to the DGA Theater. A breakfast kicks off the day followed by the first presentation at 8:56 a.m. PT.

For those who cannot attend in-person, the Contenders L.A. livestream begins at 8:50 a.m.

Because of the pandemic we were of course forced to do our signature Contenders event virtually last year. It was wildly successful, and we have actually repeated that format in various ways for the past two Emmy seasons. But now, following our successful return to an in-person format last month at our Contenders: London event, we’re coming back to the real-life stage in L.A. at last.

The Covid workarounds we developed have taught us so much, however. We can have the best of both worlds if we combine the in-person experience with streaming a virtual presentation. Those who want to take part in what has become one-stop shopping for Academy and key guild voters, but who can’t be in L.A., still get to see it all.

Although the past 19 months have certainly been challenging for the industry, and especially the motion picture business, things are definitely looking up judging by the quality and quantity of content showcased at today’s event. A banner group of films of all stripes, accompanied by a stellar lineup of talent sitting on our Q&A panels, is the hallmark of what we are offering. From indie to animation, comedy to drama, and large-scale epic studio movies, we’ve got it all.

Among the films explored at Contenders, several are drawn from real life—always a ripe target for awards voters. Join us as we explore the origin story of Venus and Serena Williams as filtered through the efforts of their father (played magnificently by Will Smith) to breed a pair of tennis legends in King Richard. We will also highlight Aaron Sorkin’s unique take on the compelling drama behind the scenes of the iconic TV series I Love Lucy, as Nicole Kidman and Javier Bardem play the real-life Lucille Ball and Desi Arnaz in a way you’ve never seen before. And speaking of seeing new and surprising sides of families, Lady Gaga, Jared Leto and Ridley Scott take us inside the House of Gucci, while Pablo Larraín and Kristen Stewart show us a Princess Diana never before seen on film, with the imagined biopic Spencer. Then of course, another real-life subject is the legendary Aretha Franklin, who personally chose Jennifer Hudson to play her in Respect. Hudson will be here to talk about her experience.

Partly torn from real-life and partly fictionalized are a group of coming-of-age movies close to the hearts of their filmmakers. Top of the list here has to be Kenneth Branagh’s own cinematic memoir Belfast, which comes right from his own memories of growing up in Northern Ireland at the start of The Troubles in 1969. He will tell us why now, 50 years later, was finally the time to tell this story. Then there’s George Clooney, who puts on his directorial hat to bring us another memoir, The Tender Bar, the story of Pulitzer-winning journalist J. R. Moehringer’s formative years growing up in New York. Ben Affleck and the two young stars who share the role of J.R. will be here to tell us all about it. Also on display will be the much-awaited latest from multi-Oscar nominated Paul Thomas Anderson, Licorice Pizza, which focuses on the early years of producer Gary Goetzman in L.A.

We’ll have close-ups on the latest works from Oscar-winning and nominated filmmaking legends like Pedro Almodóvar, Jane Campion, Denis Villeneuve, Asghar Farhadi and Adam McKay. Plus, we’ll be highlighting the directorial film debuts of some well-known names like Lin-Manuel Miranda and Maggie Gyllenhaal, and animation will prove it is alive and thriving as we welcome the filmmakers of Sing 2, Spirit Untamed and The Boss Baby: Family Business.

APPLE ORIGINAL FILMS WITH A24