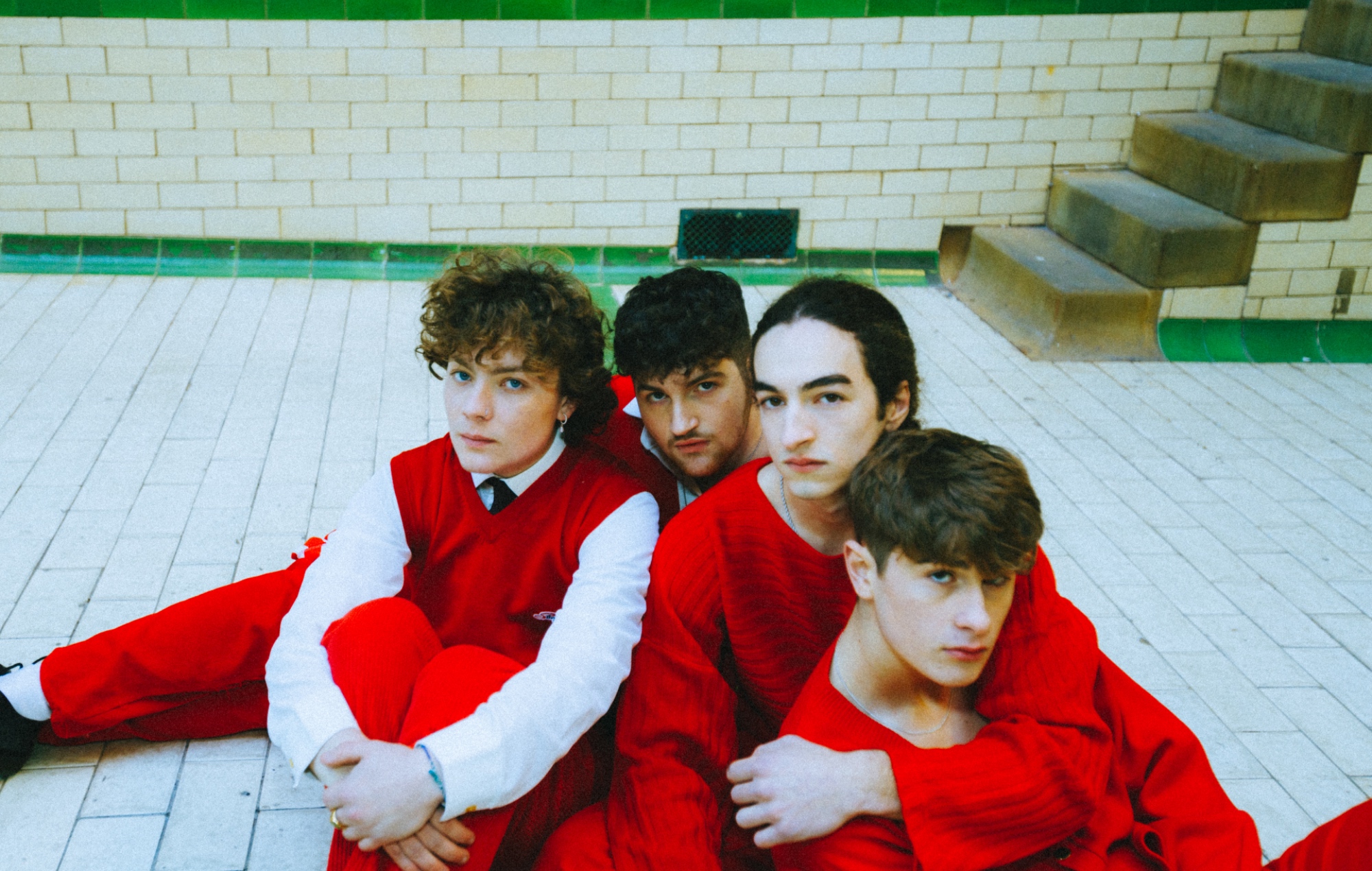 
If you’re a new band or an emerging artist trying to make a name for yourself, there are two rock’n’roll godfathers you want on your side: Elton John and Iggy Pop. The former has become a champion for rising acts (namely Wet Leg and Yard Act) by supporting their work and bringing their names into mainstream spaces and audiences. For L’objectif, the latter is arguably the teammate they’d want on their side: someone a bit gnarlier and with the same joie de vivre as these young guns.

“Hearing Iggy say our name on BBC 6 Music was probably the highlight of our career thus far,” frontman Saul Kane tells NME on Zoom from his home in Leeds. That was back in October, when the Stooge played the band’s track ‘Have It Your Way’ on his Iggy Confidential radio show. As if to hammer home the point, Kane does an impression of Iggy’s sleazy drawl (“L’oooobjectifff”) and has a chuckle to himself. “He did think we were only 13 though, which is the only downside.”

The band are, in fact, all 17-years-old, and sprinting towards the final leg of their school studies. Things to celebrate for the four-piece have been few and far between, having only just started playing gigs and hitting their stride when the pandemic began. Since then, the band have been trudging their A-Levels and managed just a handful of gigs, instead focusing on putting together last year’s ‘Have It Your Way’ EP and its breakout single ‘Drive In Mind’.

Kane hopes that Iggy will dig their new single ‘Same Thing’, the first release from another upcoming EP, due in the coming months. It feels like a glitzy evolution on the track highlighted by Pop last year: immensely danceable and a sense of recklessness that only adolescence can conjure. Kane is careful about dropping too many bread crumbs on his influences – typical Gen Z, currently listening to absolutely everything – but there’s flashes of Friendly Fires’ knack for a groove, and the shadowy presence of Fontaines D.C.’s latest material, a band he’s happy to put the record on as digging.

“I knew that it would be a song that people could dance to,” Kane says. “A lot of my songs are a bit depressing, so I wanted to make something a bit dancey and to not make the lyrics too complex – I wanted something people to get moving and singing along to. It’s got a bit of swagger to it.”

Their recorded work thus far is hard to pin down – ‘Drive In Mind’s fizzing alt-rock, new track ‘Get Close’s saccharine tones – and it comes as little surprise that Kane spends much of his time obsessing over the demos in his bedroom, fiddling with chord progressions, and searching for perfect lyrics. “I always get nagged to just send what I’m working on, but I always think it has to be perfect even before I send it. It gets hard to know when something is finished, because there’s always something that can be added to it but you end up running around in circles.”

At school, Kane struggled to find a tribe to let into his world, one where he was obsessed with “band culture” and groups like The Smiths and The Stones Roses, whose lemon-branded merch he sports during our chat. A kinship with Louis Bullock (drummer) was formed, with Ezra Glennon (bass) and Dan Richardson (guitar) following suit, the band taking on varying influences of rock, pop, electronica and funk and blending together. Visual art became a strong influence, too; primarily New York legend Jean-Michel Basquiat’s scratchy aesthetic and British don Francis Bacon’s “horrifying” concoctions, which Kane says matched the lyrics at the time. Kane has recently moved on to softer pastures – the artwork for the band’s ‘Drive In Mind’, which features Kane hiding behind a large flower, indicates that already.

They’re not the first band to have a constant desire rip it up and start again, but they’ve had some key moments that they want to cherish, like supporting The Magic Gang on a recent tour, were they were in awe of the professionalism and approachability of a band much bigger than theirs; later this spring, they’ll be joining Everything Everything at their upcoming dates. “The main thing we learnt from The Magic Gang is that they have the same kind of connection with each other that we have.”

Now they’re ready to make up for lost ground in the pandemic: finishing school, playing more gigs and heading to the band’s first Leeds Festival a casualty of the post-Year 11 summer they lost, and for which they’re holding out to be booked for (come on, Melvin). Now, for Kane & co. the real journey feels like it’s about to start, and be totally glorious: “We’re like brothers at the moment – I never thought I’d be in a band where we’re this close and having that much fun.”