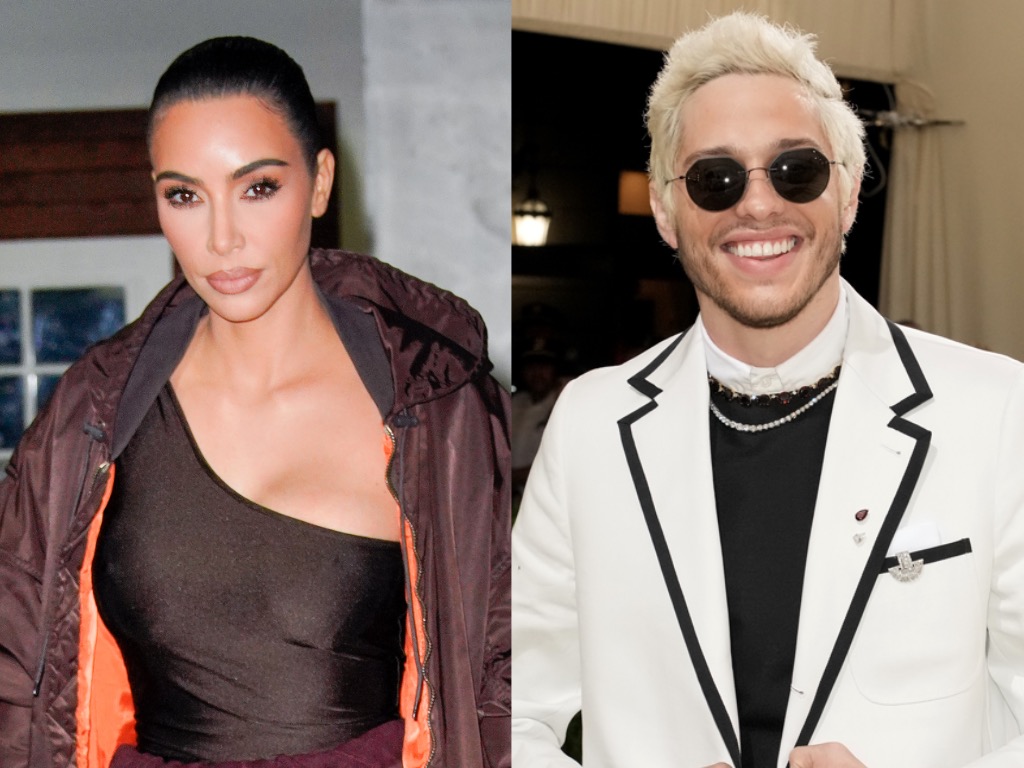 
Well, that’s one way to change the news cycle! Kim Kardashian shared some cozy snaps with Pete Davidson on social media, which is a milestone for the pair. Although they technically went Instagram official with Flavor Flav four months ago, Friday is the first time Kim has featured the Saturday Night Live star on her social media feeds.

Kim, who was legally declared single from Kanye West earlier this month, posted not one but two pictures with Davidson. In one, the comedian is laying in her lap (holding a joint) as they make kissy faces towards each other. The other snapshot is a selfie, of course.

Kim’s caption — “Whose car are we gonna take?” — is a quote from Ben Affleck’s film The Town. She included a screenshot of the scene on her Instagram. Many of the reality star’s famous friends left comments.

“There he is!” wrote Kardashian’s BFF, Simon Huck.

“I love this,” added Khloé Kardashian.

The post comes as Kim faces backlash for telling women to “get your f****** ass up and work.” The quote about work ethic was part of a Variety cover story this week, where the reality star also spoke publicly about Davidson for the first time. When The Kardashians premieres on Hulu next month, fans will learn all about their relationship.

Kardashian says viewers will see “how we met and who reached out to who and how it happened and all the details that everyone wants to know.”

“I’m definitely open to talking, and I definitely explain it,” she adds, noting Davidson has “not” filmed yet. “And I’m not opposed to it. It’s just not what he does… But if there was an event happening and he was there, he wouldn’t tell the cameras to get away. I think I might film something really exciting coming, but it wouldn’t be for this season.”

For now, it seems as if fans can keep up on social media.