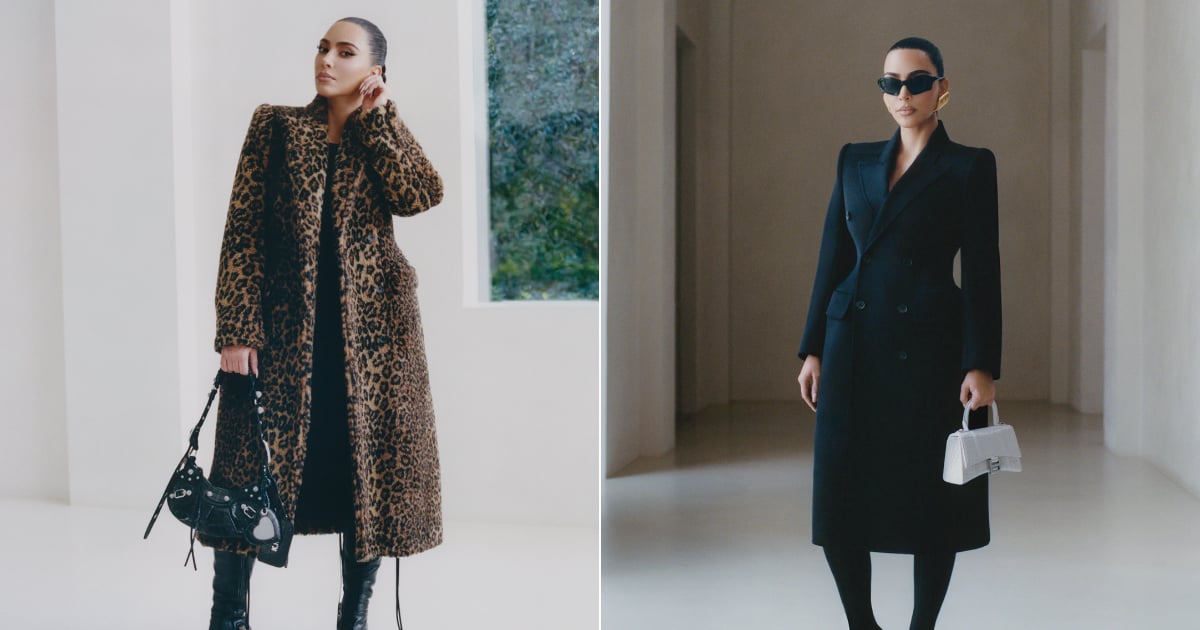 Kim Kardashian is the face of Balenciaga’s new campaign, and while it’s an exciting announcement for the founder of Skims, the news won’t come as a surprise to longtime fashion observers. Considering her relationship with Balenciaga’s creative director, Demna Gvasalia, it feels like the culmination of many public moments we’ve seen last year: most notably at the 2021 Met Gala, which was the probable precursor of a new, all-covered Balenciaga uniform for the business mogul. We later saw an iteration at the People’s Choice Awards, when she announced that she passed her baby bar exam, and during the family Christmas photo shoot. It’s safe to say that Demna’s designs are the 41-year-old star’s go-to these days.

Shot on location by Stef Mitchell in her Calabasas home, Kardashian models three distinct ready-to-wear looks that feel authentic to her personal style. In one image, she poses in a black catsuit with one of the brand’s most popular bags, La Cagole in neon green. In the second, she’s a businesswoman in a leopard print coat, knife boots, and a black La Cagole in hand. In the third, she fully transforms into a Balenciaga muse in a signature oversize coat with sharp shoulders, finished with dark sunglasses, pointy boots, and the mini Hourglass handbag resting at her side. Considering Kardashian’s celebrity, the campaign cements Balenciaga’s position as one of the most culturally relevant luxury brands today. Also starring in the ads are French actress Isabelle Huppert and the models Tommy Blue and Marie-Agnès Diene.

Scroll on for the images, as well as some of the pieces and accessories featured.