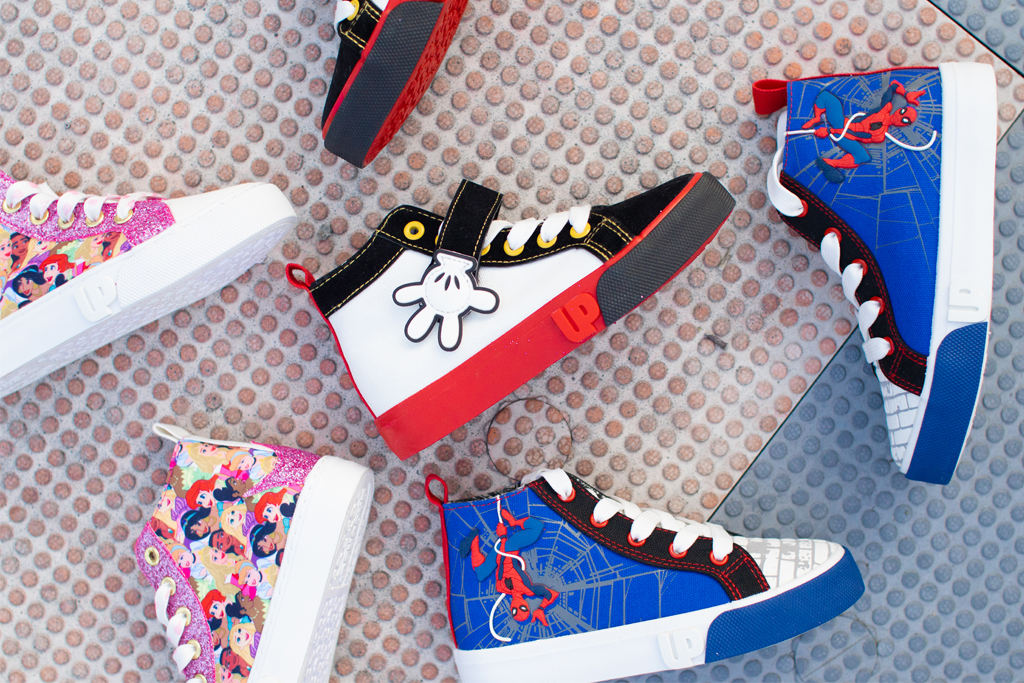 
New York-based licensing company Ground Up has a major new partner. Just in time for back-to-school, the footwear maker has released its first collection of character sneakers at Kids Foot Locker.

And it brought out some heavyweights for the debut. Ground Up worked in partnership with Disney, Marvel and Universal Pictures to create nine casual sneaker styles featuring Mickey Mouse, the Disney Princesses, the Minions, Spider-Man and other members of the Avengers. So kids have plenty of beloved characters to choose from in the line.

For Mickey Mouse lovers, there is an easy-to-wear canvas slip-on; a low-top lace-up shoe with a suede leather upper; and a cool high-top that features a Velco strap shaped like the cartoon icon’s gloved hand.

The ever-popular Disney Princesses also appear on multiple styles, including a high-top with glitter detailing; and a canvas-and-leather slip-on done in a sweet rosegold colorway.

Avengers fans can set out to save the world in new sneakers as well, including a canvas slip-on featuring carton versions of Captain America, Black Widow, Hulk, Black Panther and more; and a high-top with a 3D depiction of Spider-Man on the side.

Another look in the collection is a two-tone lace-up sneaker featuring the adorable Minions characters.

The exclusive collection is available now in Kids Foot Locker stores and at Kidsfootlocker.com, offered in youth and toddler sizing, with prices ranging from $45-$60.

Ground Up International has been creating licensed footwear for many major entertainment firms since 2016, but it wasn’t until last year that the company began wholesaling product under its own name. Other retail partners have included Journeys and Saks Fifth Avenue.