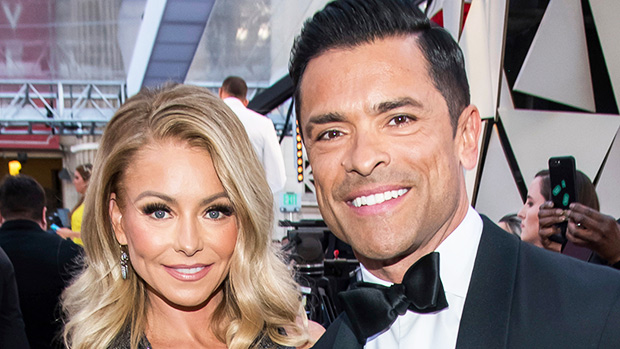 
Kelly Ripa, 51, genuinely believed she was pregnant at some point during the COVID-19 pandemic. Yes, you read that sentence correctly. The Live with Kelly & Ryan co-host did an interview promoting her new book, Live Wire: Long-Winded Short Stories, and revealed that she thought her husband Mark Consuelos, 51, got her pregnant with their fourth child. It turns out, Kelly was actually going through menopause.

“I started taking pregnancy tests daily, but then Mark sort of gingerly said, ‘Could there be another reason why you’re not getting your period?’ and me saying, ‘What other reason could there possibly be?’ she told Haute Living. “He really had to walk on eggshells here [by explaining to me that I was probably going through menopause].”

Kelly, who shares three kids, Michael, 25, Lola, 21, and Joaquin, 19, with her handsome husband, said that she was “really grateful” she didn’t have to inform her children “that they were about to meet their new sibling.” The kids may not have been surprised, though, since Kelly and Mark are open about their sexual activity much to their children’s chagrin.

“My kids never want to think of us in any sort of intimate way whatsoever,” Kelly said in the interview. “That’s why in that one chapter, I was like, ‘If you are related to us in any way, I urge you to skip over this.’ If for some reason my kids feel the need to read the entire book — which, don’t get me wrong, I don’t suspect that they will — but if they did, I don’t want them to read that chapter because it would sicken them. No one wants to think of their parents being intimate.”

Kelly shares some wild stories in her upcoming book, including a time when she lost consciousness having sex with her husband. That eyebrow-raising story came out of the “Don’t Let Your Husband Pick Your Death Clothes” chapter of her book, which is due out on Sept. 27.

Kelly Ripa’s Daughter Lola Consuelos: Everything To Know About The Rising Star, 19