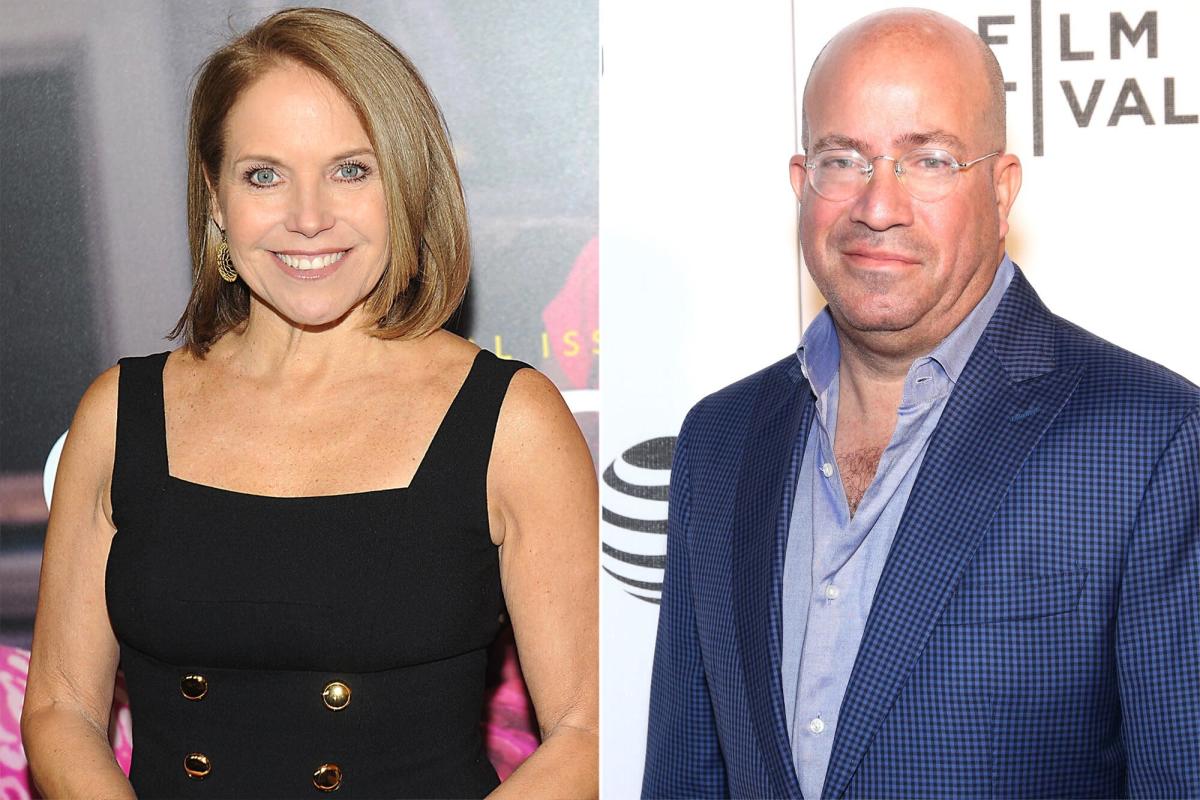 On Wednesday, Zucker, 56, announced his departure from the company in a staff memo, explaining that the decision was made after he failed to disclose a “consensual relationship” with colleague Allison Gollust, who is the chief marketing officer for CNN.

The following day, Couric, 65, spoke out on the matter in a statement as part of her “Wake-Up Call” newsletter and claimed that many people “turned a blind eye to inappropriate behavior.”

“I worked with Jeff Zucker for many years at NBC and later on my talk show. He was a talented and energetic producer,” Couric wrote. “His resignation took me by surprise. I’ve also known Allison Gollust since my days at the Today Show.”

Couric added, “I’ve wondered about the nature of their relationship, but I do know, as I wrote in my memoir Going There, that it made me uncomfortable. It seems their colleagues and the media at large turned a blind eye to inappropriate behavior.”

In her October 2021 memoir, Couric mentioned how Zucker previously “made a huge push to bring on Allison Gollust” at NBCUniversal. (Couric hosted NBC’s Today from 1991-2006. Zucker spent two decades at NBCUniversal where he previously served as president and CEO from 2007 to 2011.)

“When we worked together at NBC, she and Jeff cooked up even bolder ways to draw attention to TODAY and later Jeff himself when he moved to Entertainment,” Couric details. “They were joined at the hip.”

She adds, “The problem was, we’d already hired a PR person for the show. There wasn’t a role for Allison. Jeff asked me to meet with her anyway.”

In the excerpt, Couric writes about wondering “why Jeff was angling so hard to bring Allison on board” and recalled the time when Gollust “and her husband and kids had moved into the apartment above” the one Zucker shared with his now ex-wife, Caryn Nathanson. (Zucker shares four children with Nathanson. Their divorce was finalized in 2018.)

“Everyone who heard about the cozy arrangement thought it was super strange,” Couric writes. “By that point, [Zucker’s then-wife] Caryn had become a close friend and it made me really uncomfortable.”

In Zucker’s memo to staff on Wednesday, he revealed that his resignation came “as part of the investigation into Chris Cuomo‘s tenure at CNN.”

“I was asked about a consensual relationship with my closest colleague, someone I have worked with for more than 20 years,” the statement read, per CNN. “I acknowledged the relationship evolved in recent years. I was required to disclose it when it began but I didn’t. I was wrong. As a result, I am resigning today.”

“I came to CNN on January 28, 2013. Together we had nine great years,” he continued. “I certainly wish my tenure here had ended differently. But it was an amazing run. And I loved every minute.”

Concluding his statement, Zucker said he is “grateful to the thousands of incredibly talented CNN and Turner Sports employees who helped make this such a joy for me, and such a success for all of us. I wish each of you nothing but the best in the years ahead.”

CNN confirmed that Gollust will remain employed at the company despite Zucker’s exit. In another email to staff, Jason Kilar — CEO of CNN parent company WarnerMedia — said he has “accepted Jeff Zucker’s resignation as Chairman of WarnerMedia News and Sports, and President of CNN Worldwide.”

“We thank Jeff for his contributions over the past 9 years,” Kilar wrote, according to CNN. “We will be announcing an interim leadership plan shortly. Both of these organizations are at the top of their respective games and are well prepared for their next chapters.”