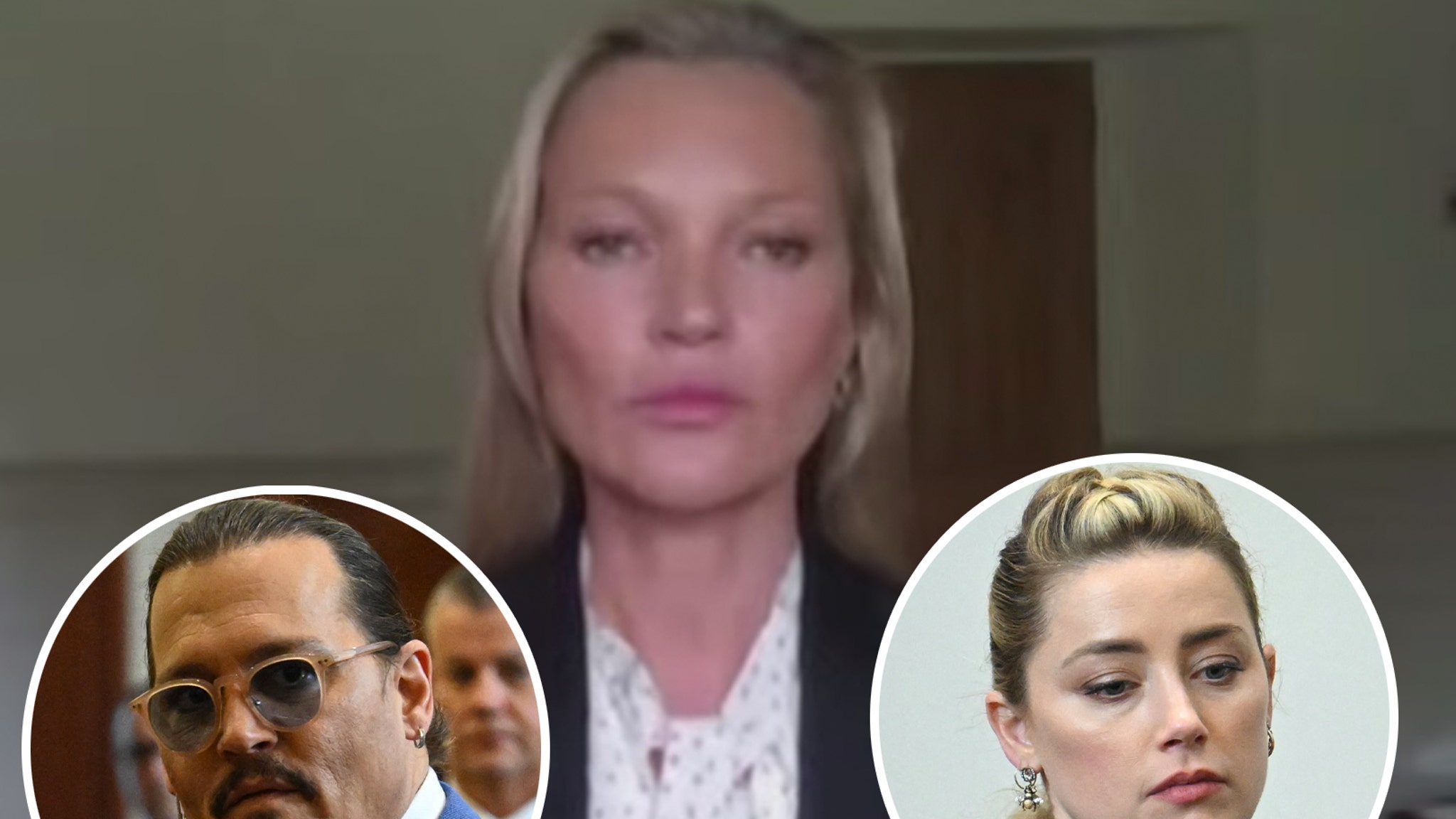 Moss was asked whether the actor ever pushed her down the stairs.

Johnny Depp and Amber Heard’s dueling defamation trial is set to come to a close this week, but on Wednesday, supermodel Kate Moss testified as part of the actor’s defense.

She was called to dispute allegations the “Aquaman” actress made on the stand earlier this month. Heard claimed that during a March 2015 fight with Depp, she punched him in the face fearing he would push her sister Whitney Henriquez down the stairs after her sister got between them.

“Johnny swings at her. I don’t hesitate, I don’t wait, I instantly think of Kate Moss and stairs and I swung at him,” she said during her testimony. Heard brought up a similar allegation regarding Moss during the UK trial, claiming she heard from two different people Depp had once pushed Moss down the stairs.

WATCH: Kate Moss describes the “stairs” incident.
She says here had been a rainstorm and she slid down the stairs. She screamed. #JohnnyDepp ran back to help her and carried her to her room, got her medical attention. #AmberHeard @LawCrimeNetwork pic.twitter.com/yFd8PJYqwE

Appearing on the stand via video, Moss said the two had a romantic relationship from 1994 until 1998. She was then asked about a vacation the two took together to GoldenEye in Jamaica.

“There was a rainstorm and as I left the room, I slid down the stairs and I hurt my back,” she testified. “And I screamed because I didn’t know what had happened to me and I was in pain and he came running back to help me and carried me to my room and got me medical attention.”

When asked if Depp pushed her down the stairs, she said no. She also said he “never pushed me, kicked me or threw me down any stairs” throughout their relationship.

Heard’s team didn’t cross-examine her and with that, she was done. 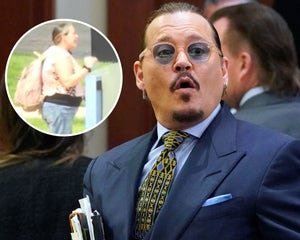 Depp is seeking $50 million in damages after Heard claimed she was a survivor of domestic abuse in an op-ed in the Washington Post in 2018. While she didn’t name Depp in the piece, his lawyers argue it was implied to be about him and negatively affected his career. She countersued Depp for $100 million.

The actor has already lost an earlier lawsuit he took in the UK over the same article that appeared in The Sun.