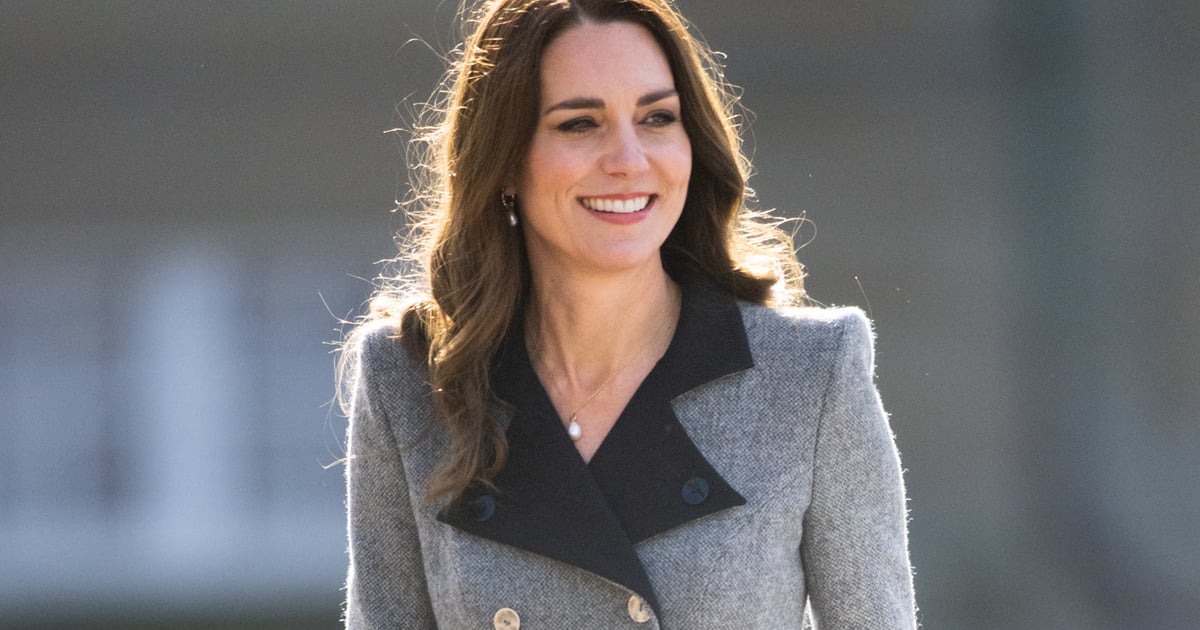 After a three-year hiatus, Kate Middleton embarked on a solo tour of Denmark, looking as regal as one would expect. The Duchess of Cambridge embraced one of her signature silhouettes for the second half of her last day: a double-breasted, knee-length gray coat dress by couture house Catherine Walker. Middleton accessorized her look with a black Mulberry bag, stylish leather gloves, Gianvito Rossi pointed-toe pumps, and pearls. Though the coat dress has almost become synonymous with Middleton, this particular outfit seems like a nod to her late mother-in-law, Princess Diana.

Indeed Middleton’s silhouette is one that Princess Diana embraced over a decade ago. Many will recall the gray herringbone and velvet collar coat the Princess of Wales wore to the Barnabas Children’s Charity in 2008. Lady Di styled it as a midi dress, layering it over a crisp white button-down shirt for a chic finish.

Middleton’s admiration of her late mother-in-law is clear, as she wore a similar Diana-inspired look for her meeting with Queen Margrethe and Princess Mary. She also paid homage to Diana’s legacy when she wore the Princess’s jewels to capture her 40th birthday portrait.

The coat dress is a style Middleton wears often. On a visit to the Royal Opera House in 2019, she opted for a purple Oscar de la Renta coat dress. That same year in Scotland, she was spotted in a tartan Alexander McQueen coat with the Duke of Cambridge while visiting the Victoria & Albert Museum. When she joined Queen Elizabeth II on a visit to King’s College in London, she sported a belted Catherine Walker gray coat dress, and the list goes on. A timeless coat dress is Middleton’s secret to looking polished and regal.

Ahead, see both Kate Middleton and Princess Diana’s iconic coat dresses, and shop their accessories.