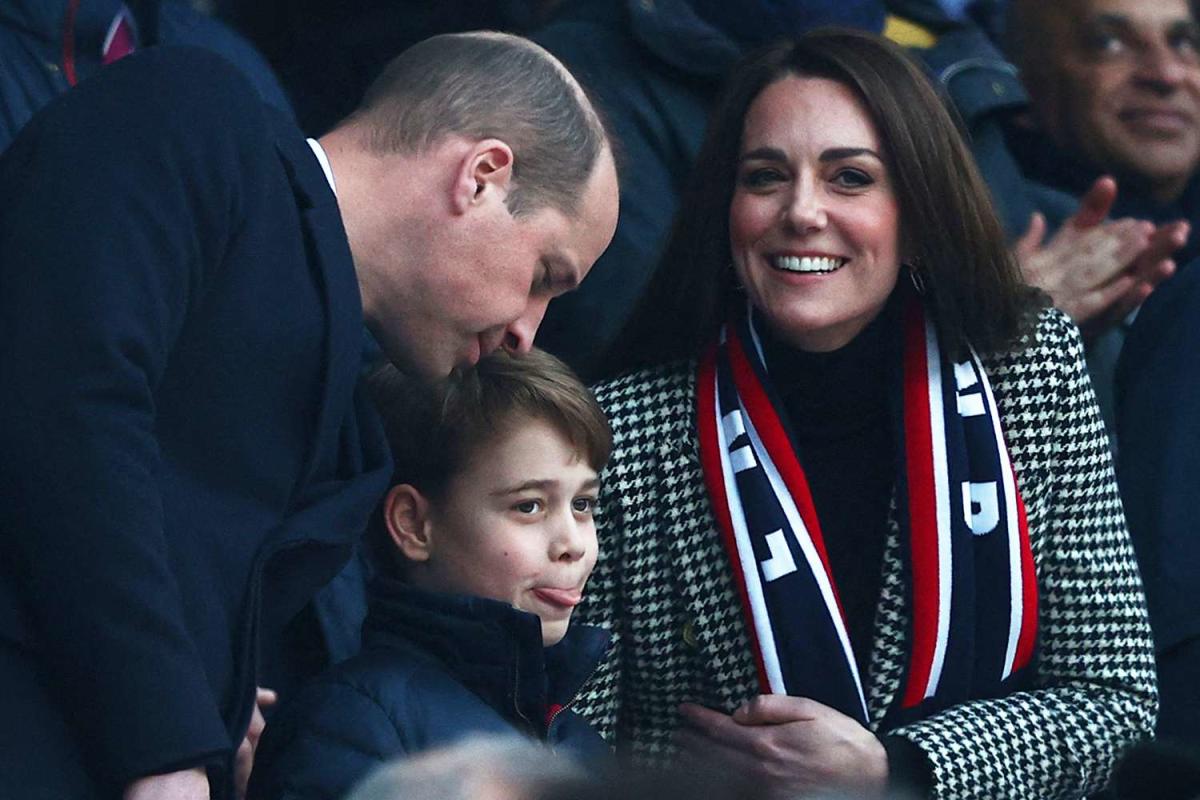 Who will go home with royal bragging rights: Kate Middleton or Prince William?

The couple was in the stands for the England vs. Wales Six Nations game at Twickenham Stadium on Saturday — supporting different teams. While Prince William has been patron of the Welsh Rugby Union since 2016, his wife Kate recently took over as patron of the Rugby Football League and the Rugby Football Union. The role, which previously belonged to Prince Harry, marks the first of the Duke of Sussex’s former patronages to be redistributed to another member of the royal family since Harry and Meghan Markle stepped back from their roles as senior working royals.

Prince George, 8, even got to tag along to practice his rugby refereeing skills.

Earlier this month, Kate made her debut in the role by visiting Twickenham Stadium to meet England players, coaches, and referees from the men’s and women’s squads as they prepared for the Six Nations Championships.

Kate, 40, even got in on the action by joining a training session taking place on the field by head England coach Eddie Jones. She participated in a line-out play, where a player can be hoisted in the air by their teammates to receive a ball after it goes out of the field of play.

The royal couldn’t help but laugh as she was lifted, showing off her athletic abilities by expertly catching the ball and passing it to a player down below — and she was praised with cheers and applause following the successful play.

“I text Ellis [Genge] and said, ‘Mate, please tell me anything she messed up on,’ so I could sort of… family WhatsApp group, get to her,” Mike quipped. “And he said, ‘No, she was actually pretty good, and she was really good at kicking,’ and I was like [sigh]. But she has this competitive nature.”

Mike also hinted at the new husband vs. wife sports rivalry in the household.

“The best thing is when it rolls to England and Wales, we get the battle of the Cambridges,” he said.