Kanye West is opening up about co-parenting with estranged wife Kim Kardashian.

In a sit-down interview with Good Morning America, the rapper likened their rocky relationship with his ongoing business battles with Adidas and GAP.

“I do have a voice, but I had to fight for it,” the 45-year-old said on the program when asked by GMA journalist Linsey Davis if he feels heard in their co-parenting relationship.

Watch the video above.﻿

West and Kardashian, 41, split in February 2021 after six years of marriage, during which they welcomed four children: North, nine, Saint, six, Chicago, four, and Psalm, three.

In his interview, West also reiterated his stance on the children’s schooling, saying he wants them to attend his new Donda Academy in Simi Valley, California.

“I’m their dad,” he said. “It has to be co-parenting. It’s not up to only the woman. Like, men have a choice also. Men’s voices matter.”

However, West also said he wants to apologise to Kardashian for the way he used social media to amplify his voice. The rapper often went on public outbursts on Instagram about how he wanted his children raised, much to his ex’s distress.

“This is the mother of my children, and I apologise for any stress that I have caused, even in my frustration, because God calls me to be stronger,” he said. “I need this person to be less stressed and of the best, sound mind and as calm as possible to be able to raise those children.” 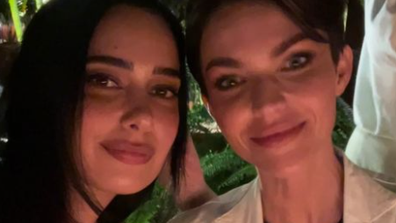