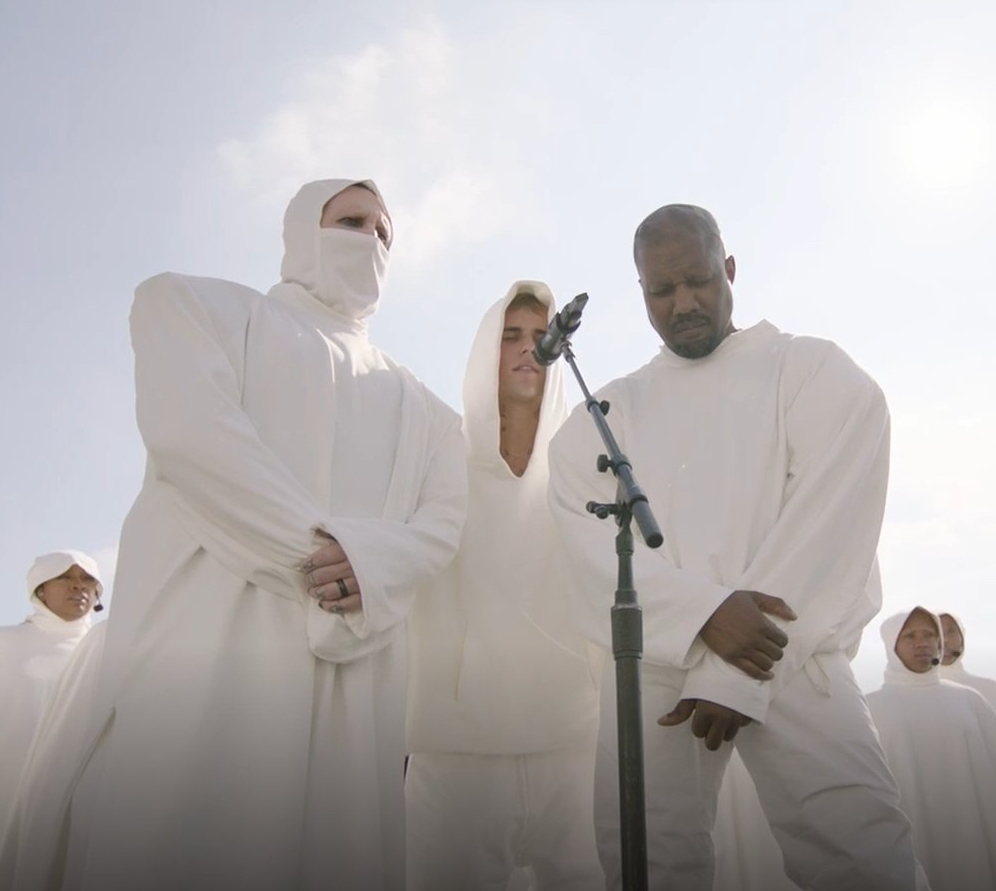 
Kanye West held one of his Sunday Service performance livestreams today on Halloween. The event was broadcast through Triller and Fite TV, and it cost $10 to stream. West, who recently legally changed his name to Ye, brought along Marilyn Manson — who is facing multiple sexual assault lawsuits — and Justin Bieber to the rooftop performance.

The performance took place on a rooftop and the performers were dressed in all-white. The Sunday Service choir performed tracks from Donda, including “No Child Left Behind” and “Moon.” Bieber sang for a couple of the songs, and Roddy Ricch also performed “Pure Souls.” West also had a children’s choir brought out toward the end of the service.