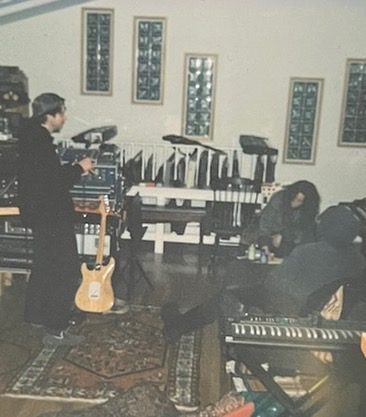 On Instagram today, Kanye posted three pictures of him in the studio with Beach House. Donda 2 producer John Cunningham confirmed the legitimacy of the photos. It’s unclear when they were taken, but Ye was wearing the same outfit in an Instagram Live this morning. (Beach House played Madison, WI last night and have a show in St. Paul, MN tonight.) We have reached out to representatives of Kanye West and Beach House for more information.