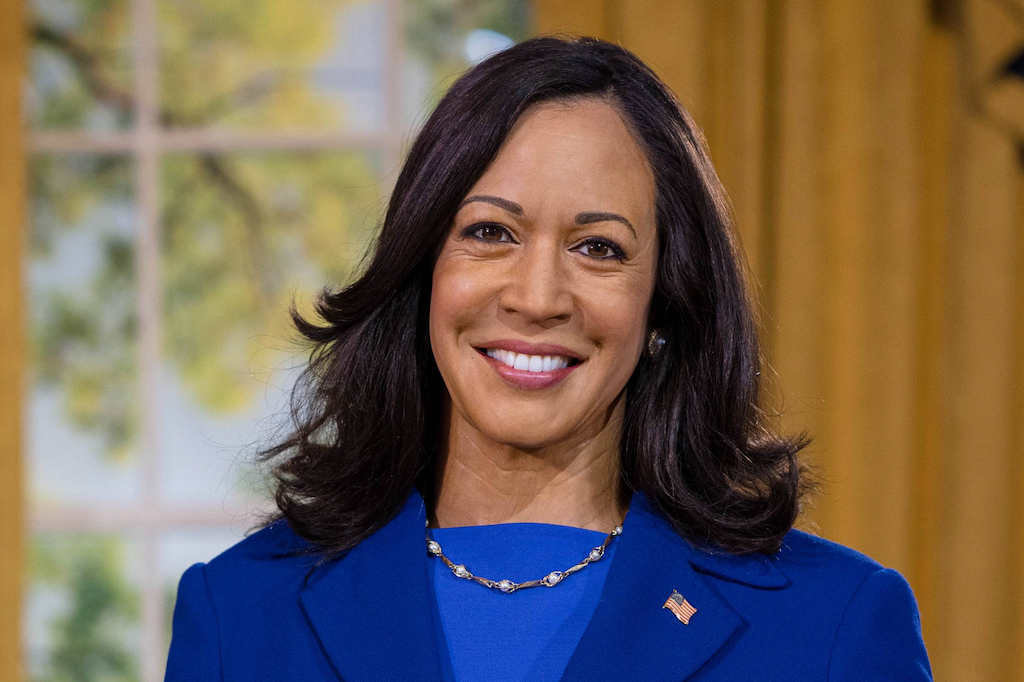 The president and vice president were immortalized in wax by the tourist attraction Madame Tussauds in New York today. For the figures, Biden sported a navy-blue suit paired with a white button-down and a baby blue colored tie alongside black lace-up dress shoes. Harris’s figure is wearing a dark blue blazer on top of a cobalt dress that offered a nice monochromatic color contrast. The model is wearing accessories that include a pearl and silver necklace, gold bracelets and black stockings.

For the footwear, Harris’s statue has on black shiny pointed-toe pumps that help to unify the bold color of the attire.

Vice President Harris is known for her tailored and sharp fashion taste that mirrors both sides of being the second in command and Kamala when she’s not working. We see her often wear intricate, structured suiting that helps her make her point while also making sure that she looks put together.

Madame Tussauds choosing to put Harris’s figure into a pair of pointed-toe pumps is on brand, seeing as though she likes to wear them for professional events. And when she’s not in a suit, she can be seen wearing jeans, blazers, slouchy T-shirts, boots and Converse sneakers that all have a place within her wardrobe.

Some of the designers who made suiting for the VP include Christopher John Rogers, Sergio Hudson, Carolina Herrera, Tory Burch and Michael Kors.