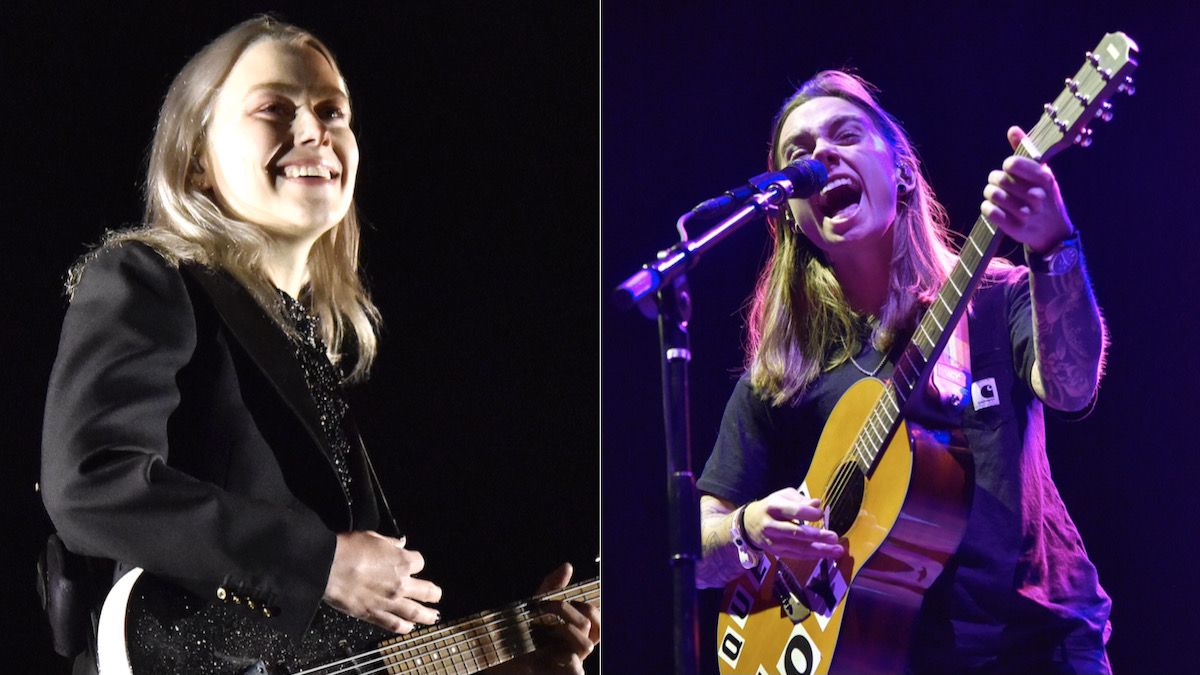 Phoebe Bridgers had a special treat up her sleeve at her concert in Berkeley, California on Saturday night: a surprise appearance by Julien Baker.

Performing at the William Randolph Hearst Greek Theatre, Bridgers’ boygenius bandmate wowed fans as the unannounced opener for the evening, running through an eight-song set that included “Blacktop,” “Funeral Pyre,” and “Happy to Be Here.” For her final number, Baker was joined by Bridgers for a cover of “One Man Guy,” a song originally written by Loudon Wainwright III and later covered by his son Rufus on 2001’s Poses.

But that was far from the last that attendees saw of the two pals — who last appeared together supporting Lucy Dacus (a.k.a. the final third of boygenius) on her 2021 album Home Video — onstage. At the end of her headlining set, Bridgers brought the “Hardline” singer back out to assist on “Graceland Too” and closer “I Know the End.”

Watch fan-shot video of “I Know the End” and “One Man Guy” below.

Earlier this week, Bridgers stopped by Jimmy Kimmel Live to perform “Moon Song” off her 2020 studio set Punisher. Meanwhile, the studio version of Bridgers’ cover of Bo Burnham’s “That Funny Feeling” is currently raising money to benefit Texas abortion funds in the wake of the state’s controversial passage of its ultra-restrictive near-total ban on abortions.

For her part, Baker most recently showed off her Simlish this summer by singing “Faith Healer” for The Sims 4’s Cottage Living expansion pack.