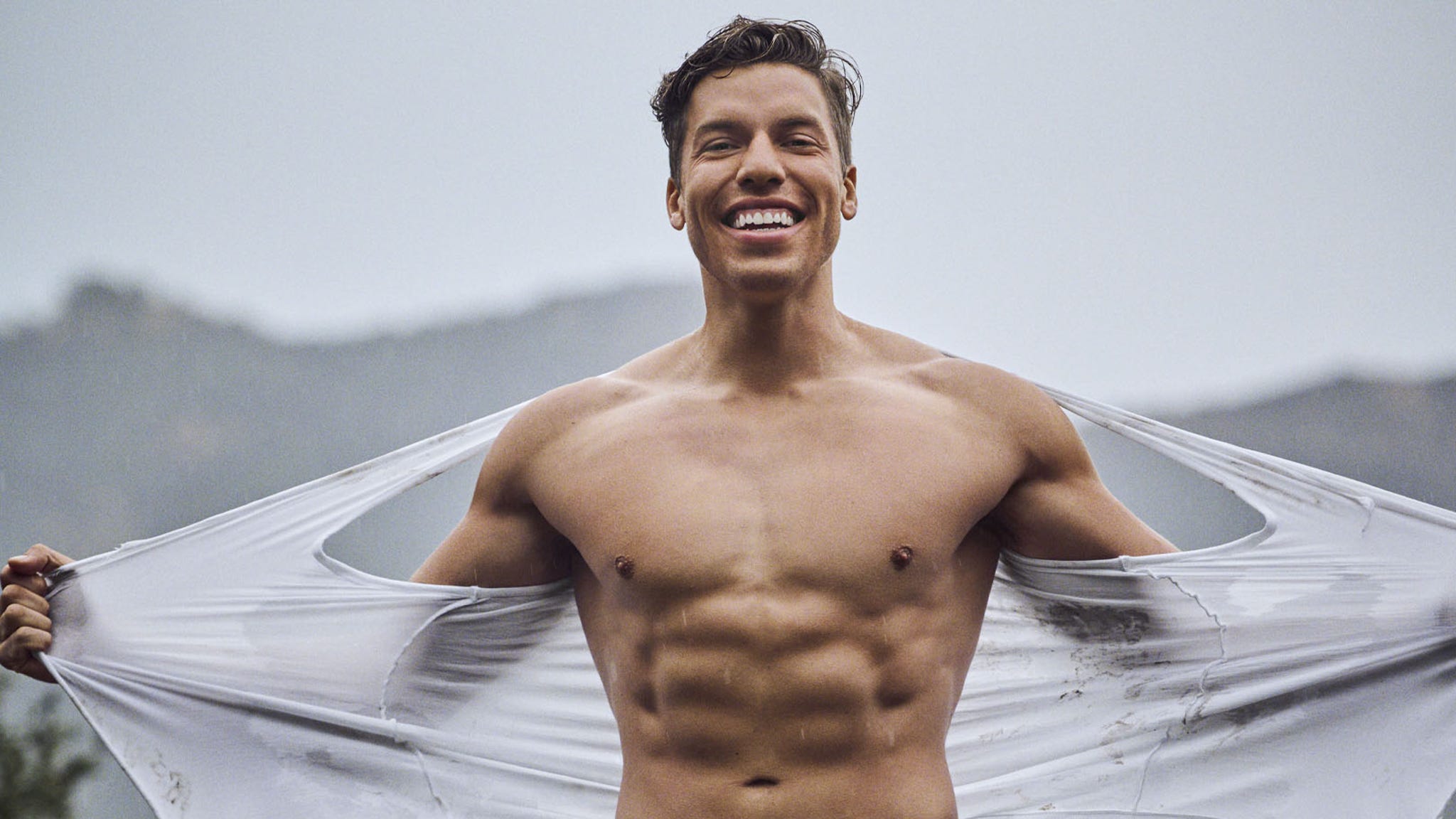 Joseph Baena is taking a look back at the day the world found out Arnold Schwarzenegger is his father.

In an interview with Men’s Health for its March cover story, Baena recalled the day when the identity of his father was revealed. 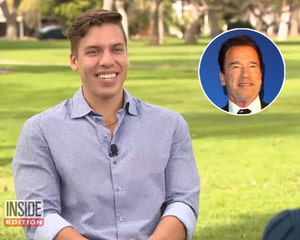 “I remember the day very vividly,” began Baena, 24. “I was in the eighth grade. Fifth or sixth period. And I get called out of class to leave. And my mom’s there, and she’s like, ‘We gotta go — everyone is finding out about you and who your father is.'”

Baena — who is a realtor, an aspiring actor and bodybuilder — said he and his mom escaped the media by going on a road trip to visit relatives in Texas.

Men’s Health noted that Baena “declined to share exactly when he first talked to his dad after the revelation, and Schwarzenegger could not be reached for an interview.” 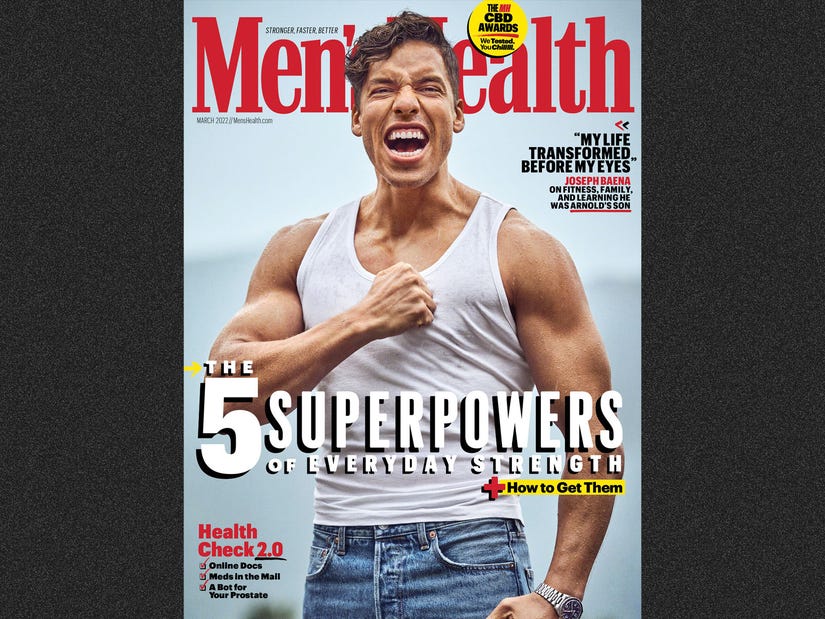 Baena revealed that he and Schwarzenegger started training together around the time he turned 18 — and the two went to Gold’s Gym in Venice, which of course was made famous by Schwarzenegger and catapulted him into fame.

“I was so nervous,” Baena recalled. “I was being observant, trying to see what he was doing and the way he was acting.”

Per Men’s Health, Baena’s current lifting regimen — which he does for “two hours, six days a week” — includes “lots of sets” and “plenty of isolation moves.” In addition, he also adds “20 minutes of fasted cardio in the morning.”

Baena went on to share what Schwarzenneger taught him when it comes to lifting. “One of the big things I learned from Dad was not to have the ten-rep mentality,” he told Men’s Health. “It’s pushing yourself to the limits and going that extra mile, getting those extra reps and half reps till you’re basically dying.”

Meanwhile, Baena has previously revealed that he doesn’t use his father’s last name to possibly help him in his acting career, and further discussed his decision with Men’s Health. 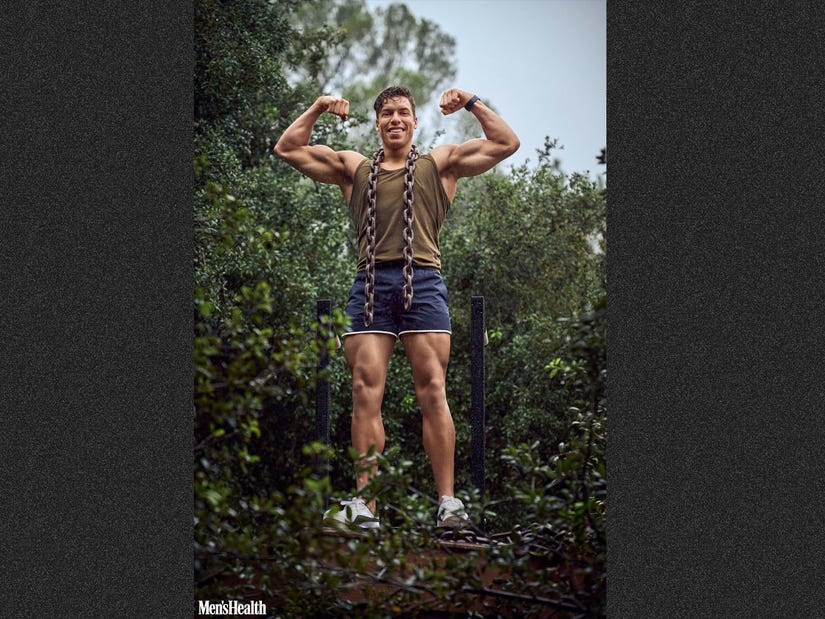 “My dad is old-school; he doesn’t believe in handouts. He believes hard work pays off, and so do I,” he explained. “I love the word honor, and I’m very prideful in the sense that if I use my dad’s contacts or ask him for favors, I wonder what honor is that gonna bring me? When I go to auditions, they don’t know who I am, because we don’t have the same last name.”

Baena added that when he does book a job, he knows he did it all himself.

When it comes to making his dad proud, Baena said, “It took a little bit for me to realize that I don’t have to do what my dad did. I don’t have to get into acting or bodybuilding. I’m very motivated and driven. I’m happy about my relationship with my dad. But I’m more happy that I am finding joy in what I’m doing and that I’m doing exactly what I’ve always dreamed about.”

“A lot of guys struggle with trying to make their dad proud or trying to get out of their dad’s shadow,” he added. “But as long as you’re doing what you want to do, then that all comes. Of course, maybe those guys don’t have such nice dads.”

In addition to Baena, Schwarzenegger also has four kids with his ex-wife Maria Shriver: Christopher, 24, Patrick, 28, Christina, 30, and Katherine, 32.